'If you say you can't breathe, you're breathing': A Mississippi mayor defended the officer who stood on George Floyd's neck 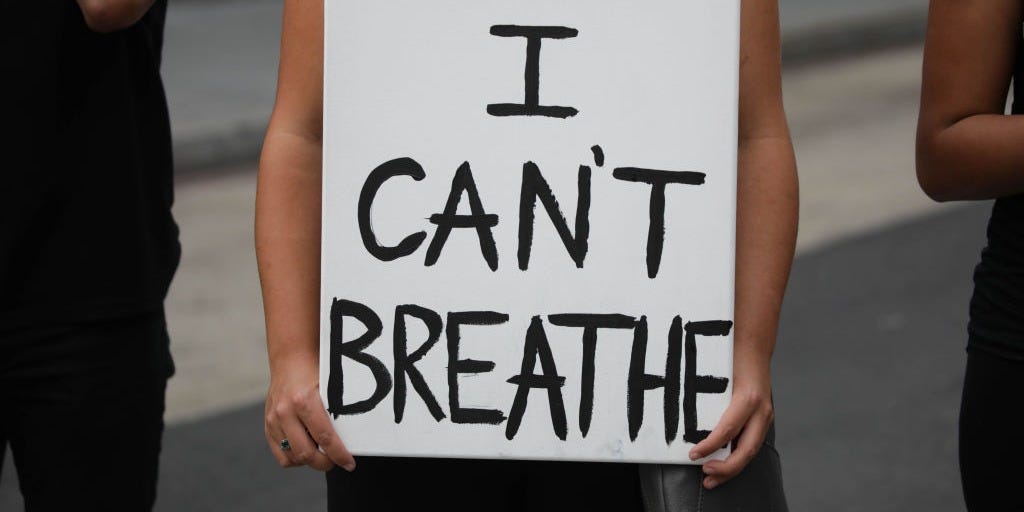 Yasin Ozturk/Anadolu Agency via Getty ImagesA demonstrator holds a banner reading ‘I Can’t Breathe’ in Washington D.C. on May 29, 2020.

A mayor in Mississippi is defending the officers involved in the arrest of George Floyd, who died while being subdued by police in Minneapolis.

Hal Marx, the mayor of Petal, Mississippi, tweeted that Floyd was not asphyxiating when officer Derek Chauvin knelt on his neck for eight minutes.

Marx added that he didn’t see anything “unreasonable” in Chauvin’s conduct.

“Most likely that man died of overdose or heart attack,” he wrote. “Video doesn’t show his resistance that got him in that position. Police being crucified.” 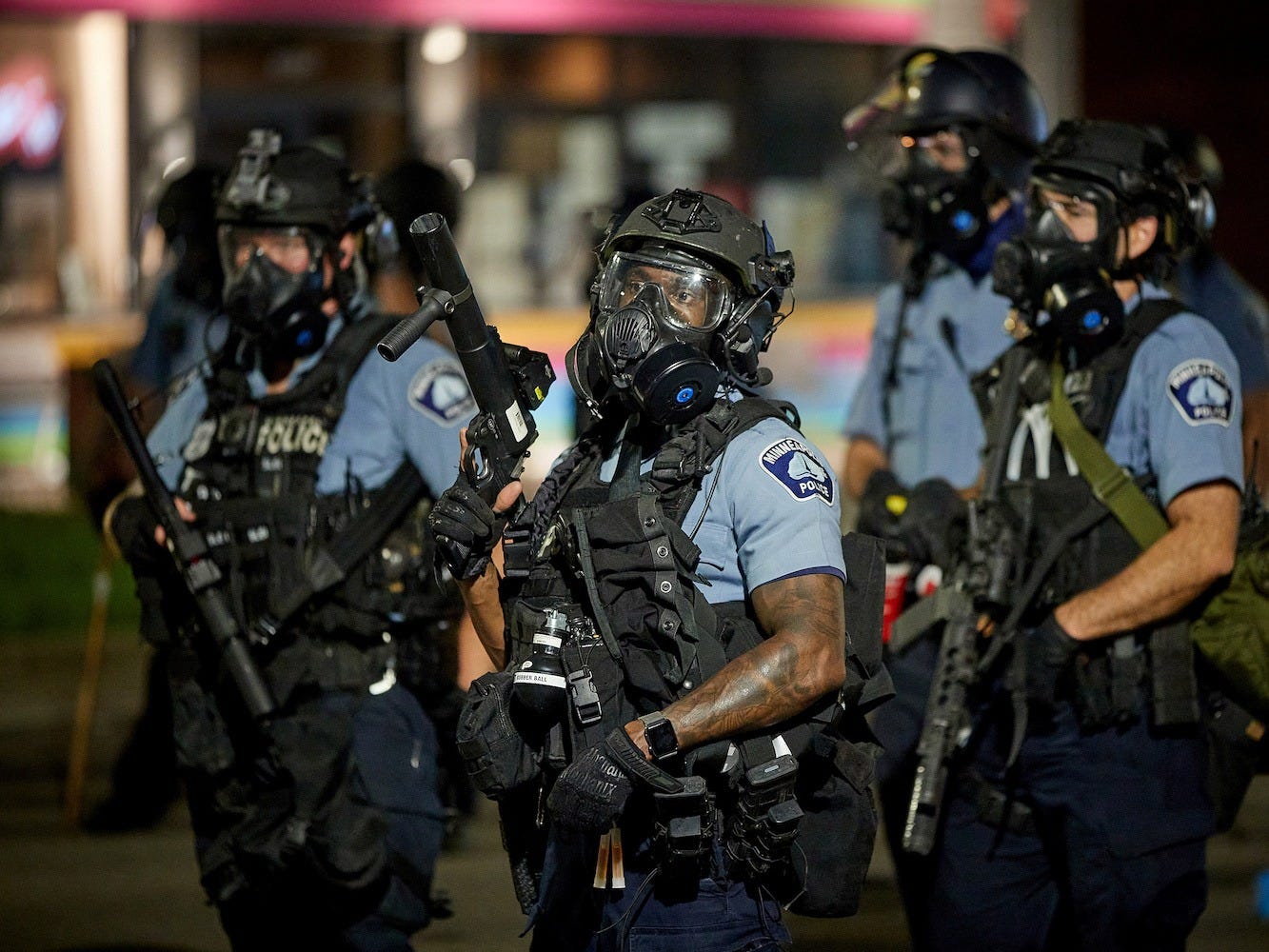 Adam Bettcher/ReutersPolice and protesters gather near the Minneapolis Police third precinct in Minneapolis, Minnesota, on May 27, 2020.

In an interview with the Hattiesburg American, Marx said his statements had been misinterpreted.

“I can’t say whether a crime was committed or whether they did anything right or wrong, all I’m saying is don’t rush to judgment based on what you see in that video,” he told the paper.

“I’ve seen too many cases before where the police were judged to be guilty in the public’s eye but later were found to be not guilty under the law,” Marx added. He did not provide any examples.

On Thursday, the Petal Board of Aldermen voted unanimously in a special session to call for Marx’s resignation, Mississippi Clarion-Ledger reported.

He refused, saying, “I will never surrender to the mob mentality.”

According to Mississippi law, an elected mayor can only be forcibly removed if convicted of a felony. “The city of Petal and the cities surrounding have grown to be a place where individuals of all walks, backgrounds, and beliefs are valued, supported and celebrated,” Alderman Clint Moore said in a statement, according to the Hattiesburg American.

Moore said Marx’s comments “have isolated, enraged, and belittled individuals in a way that is unbecoming to our city.”

Seth Stoughton, a law professor at the University of South Carolina and co-author of “Evaluating Police Uses of Force,” said the position Floyd was placed in by Chauvin easily could have led to his death.

In positional or compression asphyxia, Stoughton said, a subject is able to breathe enough to speak but “they’re not able to draw enough oxygen over an extended period of time to maintain basic life functions.”

“Officers need to understand that there’s ventilation, and there’s respiration,” Stoughton told Insider. “You and I can hold our breath and still talk. We don’t need to breathe to talk. So that myth has to be dispelled.”

Protestors have gathered outside Petal City Hall for three days to protest Marx’s comments and call for his resignation, according to the Clarion Ledger.