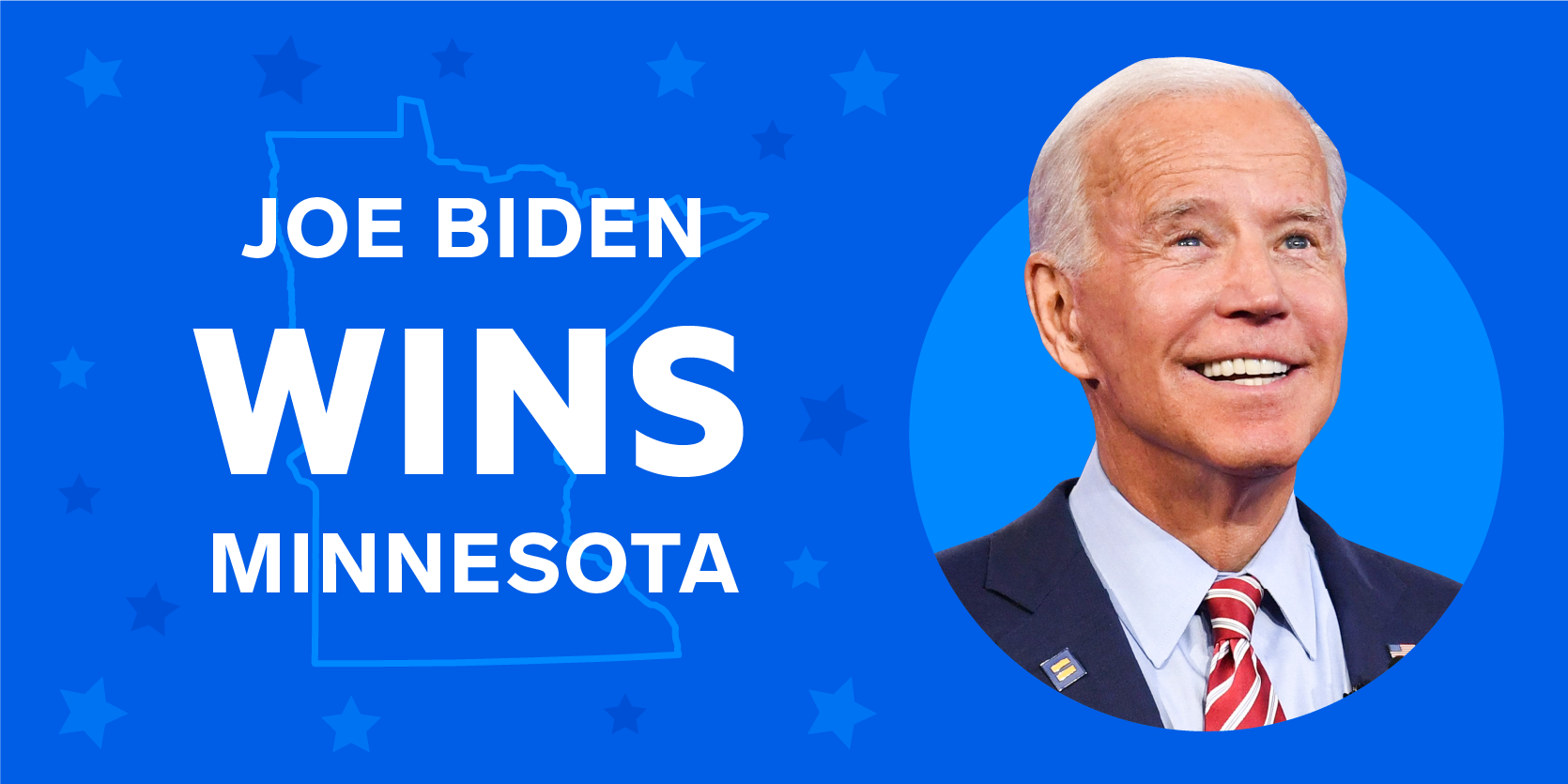 Sen. Bernie Sanders decisively won the state in the 2016 primary over Hillary Clinton, but lost to Biden this year.

Biden’s victory came after home state Senator Amy Klobuchar dropped out of the race and endorsed the former Vice President.

Minneapolis political reporter Theo Keith noted on Twitter that Biden dominated in the Twin Cities area, despite having less campaign infrastructure than Sanders and not holding any events in the metro area.

The state has been allocated 75 delegates who will go to Milwaukee in July to select the nominee, or 1.9% of the total number of delegates. 26 of those delegates will be allocated proportionally based on the state-wide vote, while the remaining 49 are won at the congressional district level. 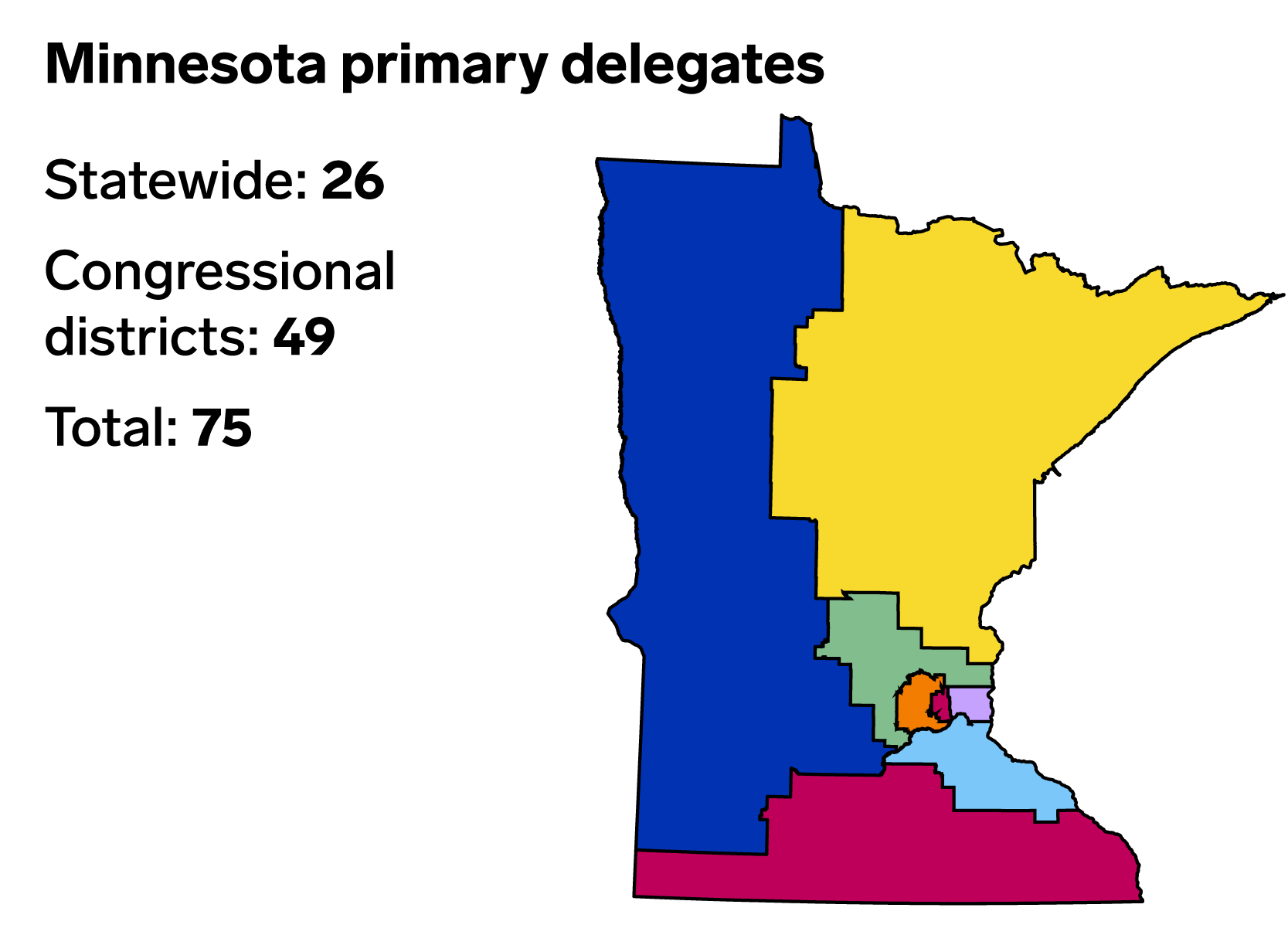 The biggest prizes at the congressional district level are the state’s 3rd, 4th, and 5th districts, which together account for a third of the delegates up for grabs tonight. Those districts are dominated by Minneapolis and its suburbs.

Minnesota is the home state to one of the former major contenders in the race, Sen. Amy Klobuchar, who ended her campaign on Monday. Before she dropped out, she had been narrowly favoured to win the state by FiveThirtyEight’s projection model.

According to RealClearPolitics’ average of the latest polling data, all taken before Klobuchar’s departure from the race, Klobuchar is in the lead with 28% of Minnesotans supporting her, ahead of Sen. Bernie Sanders with 22% of the vote. Sen. Elizabeth Warren is in third place, with 13.5% of the vote, followed by former Vice President Joe Biden at 8.5%, former South Bend Mayor Pete Buttigieg at 6.5%, former New York City Mayor Mike Bloomberg at 6%, and Rep. Tulsi Gabbard at 2.5%.

According to FiveThirtyEight’s election forecast, Sanders was a favourite to win the state, with a 2 in 3 chance of winning the most votes. Even after dropping out, Klobuchar was still the second-most-likely to win, with a 1 in 4 chance. She had previously been a slight favourite in her home state before suspending her campaign.