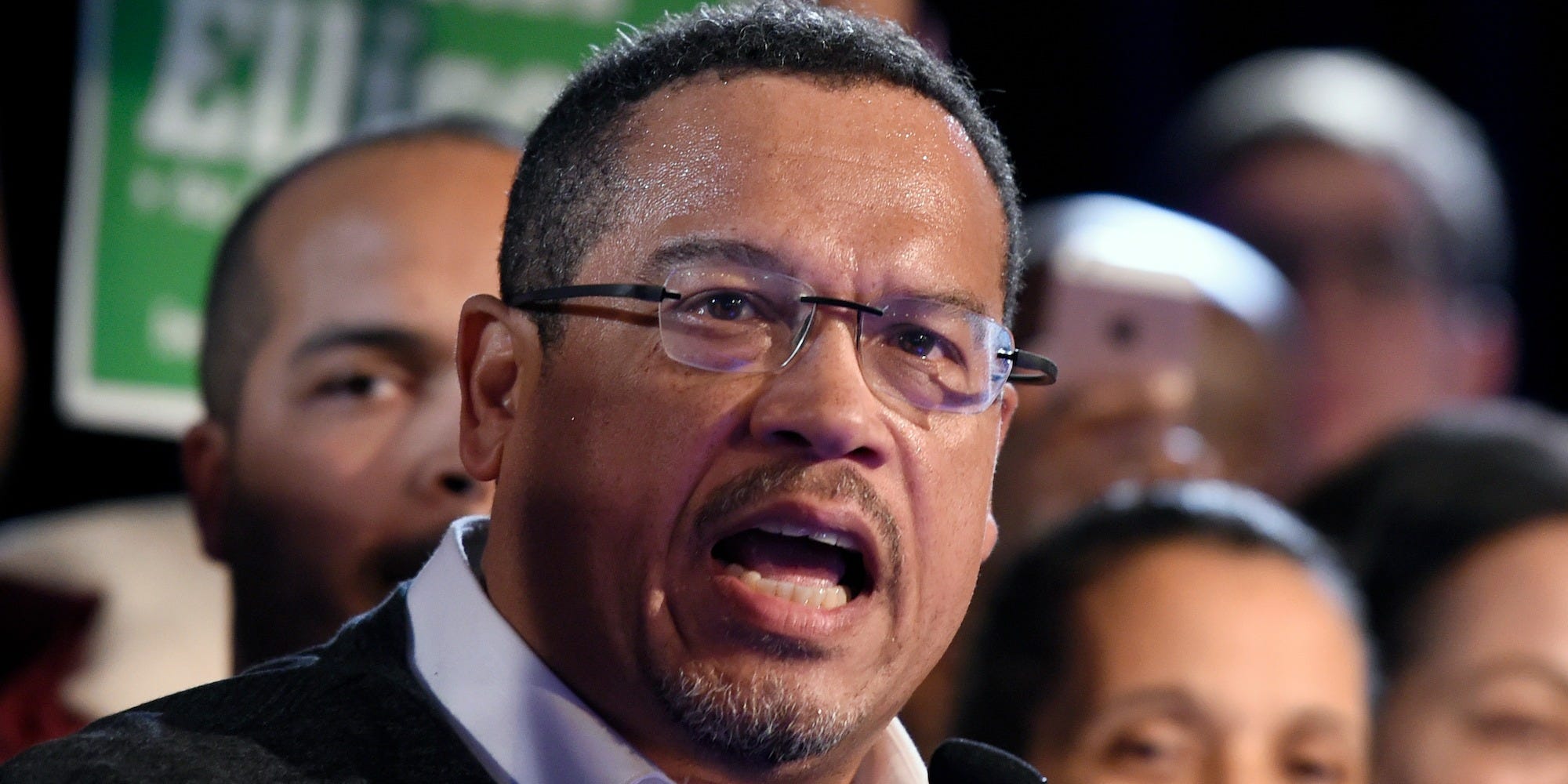 Minnesota Gov. Tim Walz appointed state Attorney General Keith Ellison to lead the prosecution of Derek Chauvin, who is charged with the murder of George Floyd.

The announcement came two days after 10 members representing Minneapolis in the state House of Representatives asked Walz in a letter to transfer the case from the Hennepin County prosecutor to Ellison,NBC reported.

“Unfortunately, our constituents, especially constituents of colour, have lost faith in the ability of Hennepin County Attorney Mike Freeman to fairly and impartially investigate and prosecute these cases,” the letter said.

According to the Washington Post, Walz acknowledged “many people’s distrust that authorities would bring justice for Floyd.”

“It with a large degree of humility and a great seriousness, I accept for my office the responsibility for leadership on this critical case involving the killing of George Floyd,” Ellison tweetedSunday night. “We are going to bring to bear all the resources necessary to achieve justice in this case.”

It with a large degree of humility and a great seriousness, I accept for my office the responsibility for leadership on this critical case involving the killing of George Floyd.

We are going to bring to bear all the resources necessary to achieve justice in this case. pic.twitter.com/XXafzFT0Kd

Floyd’s family asked for Ellison to take over the case, WCCO reported. Before he became state attorney general in 2019, Ellison represented Minneapolis in the US House of Representatives.

“This case is unusual because of the way that Mr. Floyd was killed and who did it: at the hands of the defendant, who was a Minneapolis police officer,” Ellison said, according to WCCO. “Prosecuting police officers for misconduct, including homicide and murder, is very difficult. And if you look at the cases that have been in front of the public in the last many years, it’s easy to see that is true. Every single link in the prosecutorial chain will come under attack as we present this case to a jury or a fact-finder.”

A video circulated on Monday that showed Floyd becoming unresponsive while Chauvin kneeled on his neck for eight minutes. Chauvin has been charged with third-degree murder and manslaughter, but Floyd’s family has said he should face heavier charges.

The other three officers involved with Floyd’s death haven’t been charged.

Walz said he appointed Ellis as the lead prosecutor after hearing profound messages from protesters: “They believe time and time again, the system works perfectly well as it was designed: to deny those rights and deny justice to communities of colour,” according to WCCO.

In a tweet, Walz said he couldn’t think of anyone better to lead the case.

Having @AGEllison lead this prosecution keeps faith with our commitment to ensure justice for George Floyd. Thank you, Attorney General. I can think of nobody better to do this critical work.https://t.co/WTN61TTb9X

Ellison will begin working with Freeman on Monday.