The city of Minneapolis is spending $4,500 a day on private security for its city council after members received threats amid votes to eliminate police 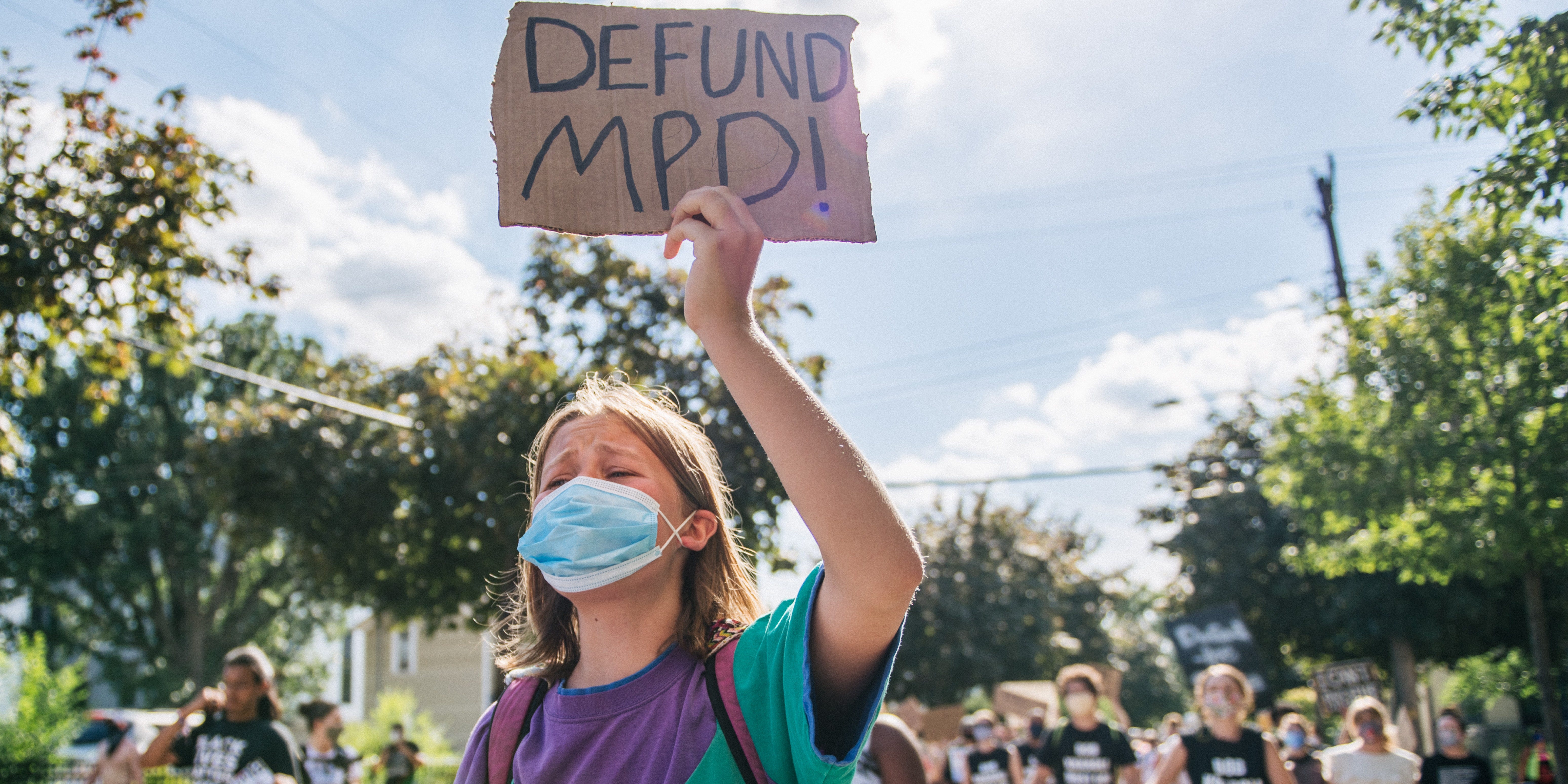 Brandon Bell/Getty ImagesA woman holds a sign during a demonstration on June 25, 2020 in Minneapolis, Minnesota.

The City of Minneapolis is paying $US4,500 per day to hire private security guards to protect members of its city council who have received threats as the council makes efforts to defund, disband, and replace the city’s police force following its killing of George Floyd in May.

According to Fox 9, a city spokesperson said Minneapolis has so far spent $US63,000 to pay for private security for three of its council members: Andrea Jenkins, Phillipe Cunningham, and Alondra Cano. According to the report, the three councilmembers have been outspoken critics of the Minneapolis Police Department. In total, there are 13 members on the city council.

“I don’t feel comfortable publicly discussing the death threats against me or the level of security I currently have protecting me from those threats,” Cunningham told Fox 9.

“My concern is the large number of white nationalist(s) in our city and other threatening communications I’ve been receiving,” Jenkins told the news outlet.

A spokesperson for the city of Minneapolis did not immediately return Insider’s request for comment.

As Fox 9 noted, the city’s mayor receives security from a member of the police department who also serves as his driver. City council members do not receive police protection because the department’s resources are better used “in the community,” a spokesperson told Fox 9.

The cost for the private security companies, Aegis and BelCom, is similar to the cost of using city police officers, the spokesperson said. According to the report, the police have not received any recent reports about threats faced by councilmembers, though a spokesperson for the Minneapolis Police Department said it’s possible a report may have been filed confidentially, Fox 9 reported.

An MPD spokesperson did not immediately answer Insider’s request for comment.

City contracts totaling more than $US175,000 require approval by the council, although the spokesperson told Fox 9 the security is temporary and not expected to meet that threshold. Other security measures are being considered, according to the report.

The reported threats come amid the city council works to defund the MPD and establish an alternative policing force following the nationwide protest over the death of George Floyd on May 25.

Floyd, 46, was killed when a since-fired Minneapolis police officer kneeled on his neck for more than eight minutes while he repeated that he could not breathe and after he lost consciousness. The officer, Derek Chauvin, and three others present have been fired and charged for their involvement in Floyd’s death.

His death has sparked nationwide protests and calls to defund and reimagine US police forces.

On Friday, the council voted unanimously to give voters the option to disband to the police department and instead establish an agency called the “Department of Community Safety and Violence Prevention.” The agency would “have responsibility for public safety services prioritising a holistic, public health-oriented approach,” according to the Friday ordinance.

Before it can end up on voters’ ballots in November, Minneapolis Mayor Jacob Frey would need to approve the measure, though he said he’s not sure he will given the speed in which the council put forth the ordinance despite its previously approved resolution to offer a “yearlong process of community engagement,” according to the Star Tribune.