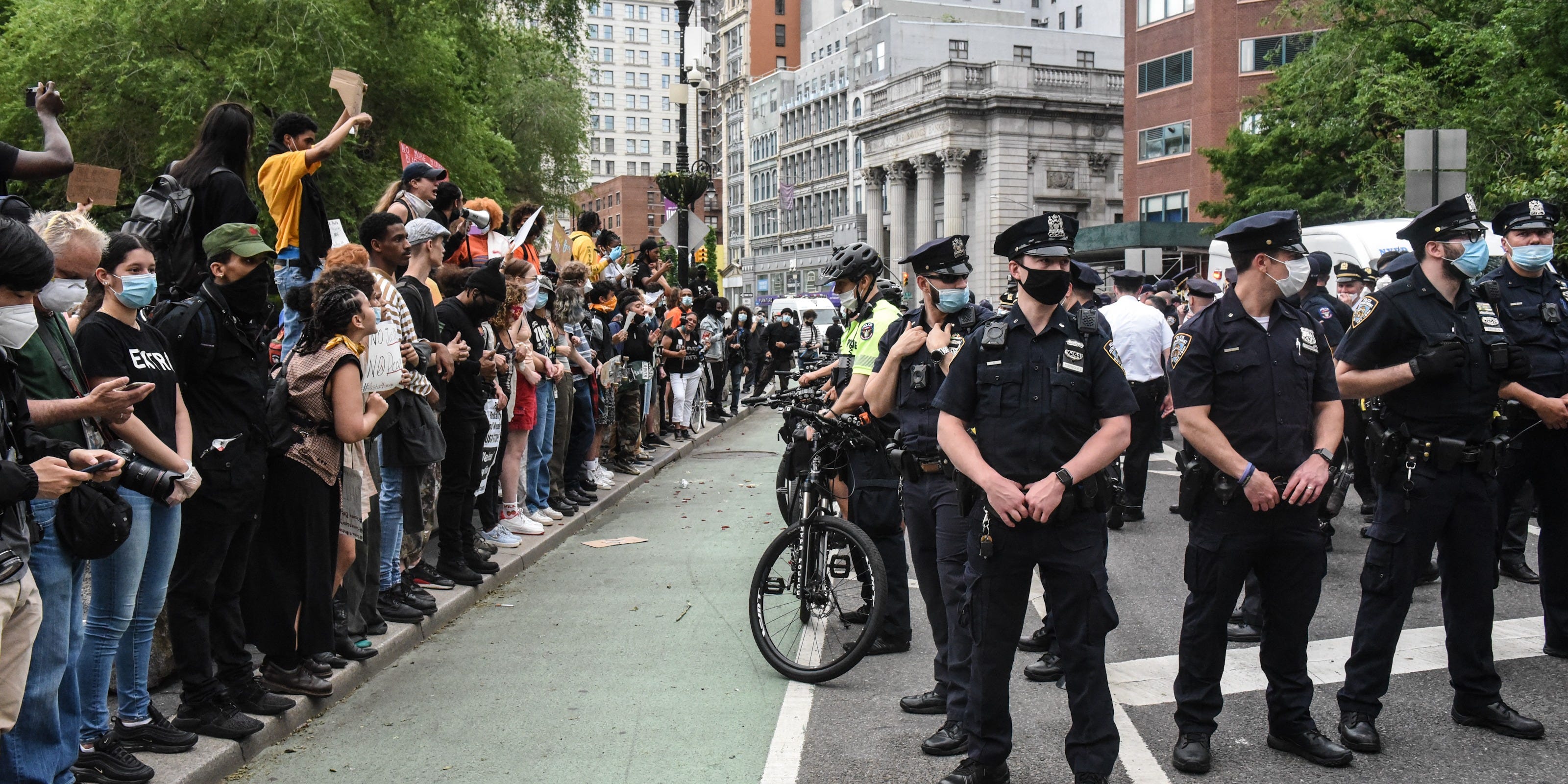 Tayfun Coskun/Anadolu Agency via Getty ImagesPolice officers take measures as protesters continue to rally in response to the death of George Floyd, unarmed black man who died after being pinned down by a former white police officer in Minneapolis, MN, United States on May 30, 2020. (

Calls for the president of the Minneapolis Federation of Police to resign are growing after he said ongoing protests were the result of a “terrorist movement” and said police officers were “scapegoats” in an email that leaked Monday.

“What has been very evident throughout this process is you have lacked support from the top,” Lt. Bob Kroll wrote to members of the police union. “This terrorist movement that is currently occurring was a long time build up which dates back years.”

Protests – many peaceful but sometimes violent – have spread across the US in response to the death of 46-year-old George Floyd, a black man who died May 25 while in the custody of Minneapolis police officers.

In the email, Kroll attributed the protests to a minimized police force and caused by “diverting funds to community activists with an anti-police agenda.”

“Our chief request 400 more officers and was flatly denied any. This is what led to this record breaking riot,” he added.

Kroll accused local politicians, including Gov. Tim Walz and Minneapolis Mayor Jacob Frey, of refusing to acknowledge “the work of the MPD” and for shifting the blame to the police force.

“It’s despicable behaviour,” he wrote. “How our command staff can tolerate it and live with themselves I do not know.”

In a tweet Monday afternoon, the Minneapolis mayor responded to Kroll’s leaked message.

“For a man who complains so frequently about a lack of community trust and support for the police department, Bob Kroll remains shockingly indifferent to his role in undermining that trust and support,” Frey said.

For a man who complains so frequently about a lack of community trust and support for the police department, Bob Kroll remains shockingly indifferent to his role in undermining that trust and support. https://t.co/Ws4Ly6wMXM

“His categorical opposition to reform, his consistent disrespect for civilian leadership, and his lack of empathy for the community have done more to undermine trust in police than any ‘community activist’ ever has,” he added.

Janeé Harteau, who served as the chief of the Minneapolis Police Department from 2012 until 2017, called on Kroll to resign.

“A disgrace to the badge!” she tweeted on Monday. “This is the battle that myself and others have been fighting against. Bob Kroll turn in your badge!” she said on Twitter.

Harteau was asked to resign by the city’s then-mayor in 2017 after the death of Justine Damond by a Minneapolis police officer, according to the Star Tribune. 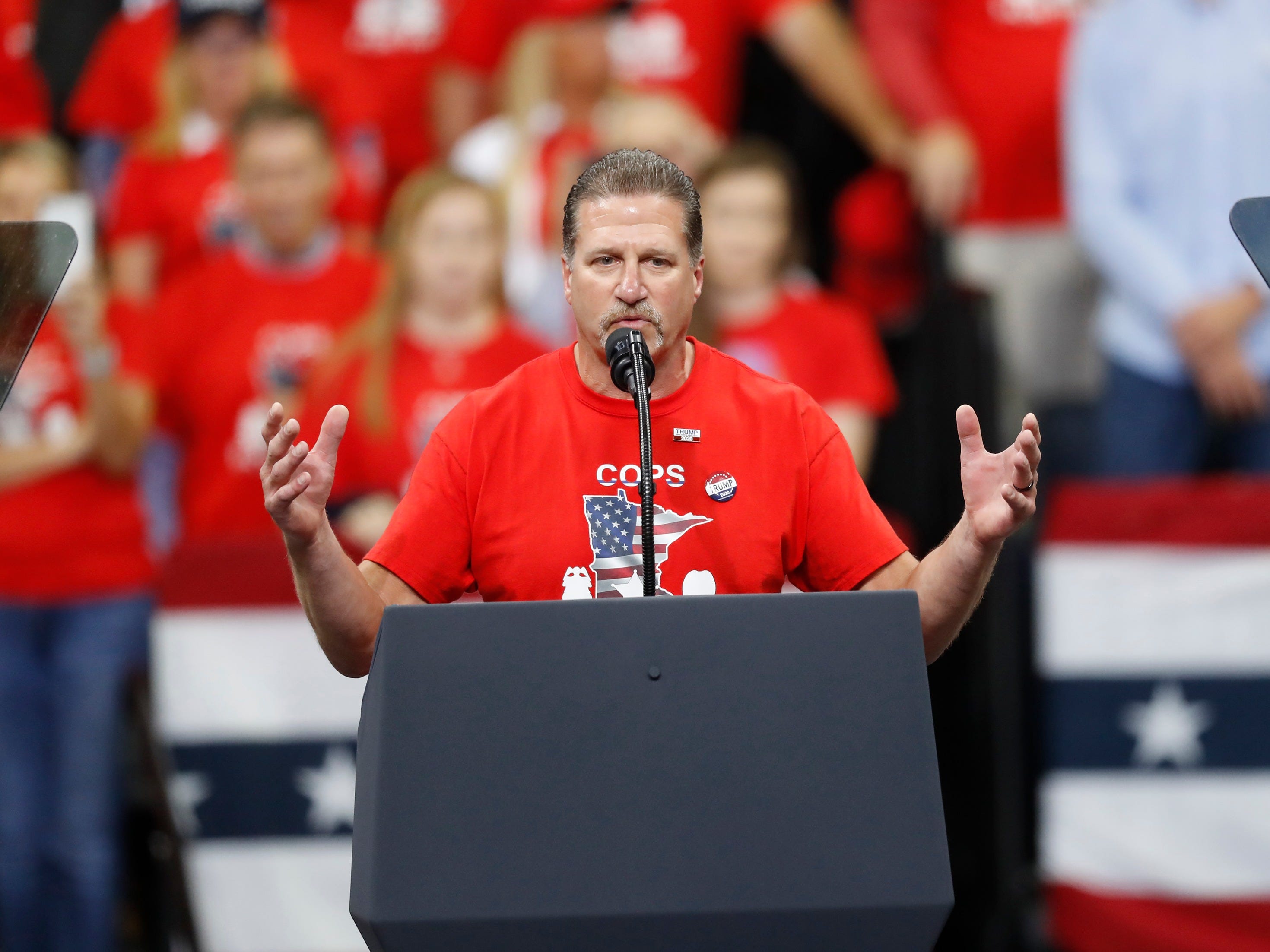 Photo by Richard Tsong-Taatarii/Star Tribune via Getty ImagesLt. Bob Kroll, president of the Police Officers Federation of Minneapolis is a vocal supporter of Trump.

As the Star Tribune noted, Kroll in 2007 was accused by five black police officers of wearing a “white power” patch on a biker jacket, though he denied the accusations. In October 2019, Kroll was a featured speaker at a Minneapolis rally for President Trump’s re-election. At the rally, Kroll said the administration of former President Obama had led to the “handcuffing and oppression of police.”

“The first thing President Trump did when he took office was turn that around – he decided to start let cops do their job, put the handcuffs on the criminals instead of [on] us,” Kroll said last year, according to the Star-Tribune.

It’s not the first time Kroll has described protestors as terrorists. In 2016, Kroll called the Black Lives Matter movement a “terrorist organisation,” according to WCCO. 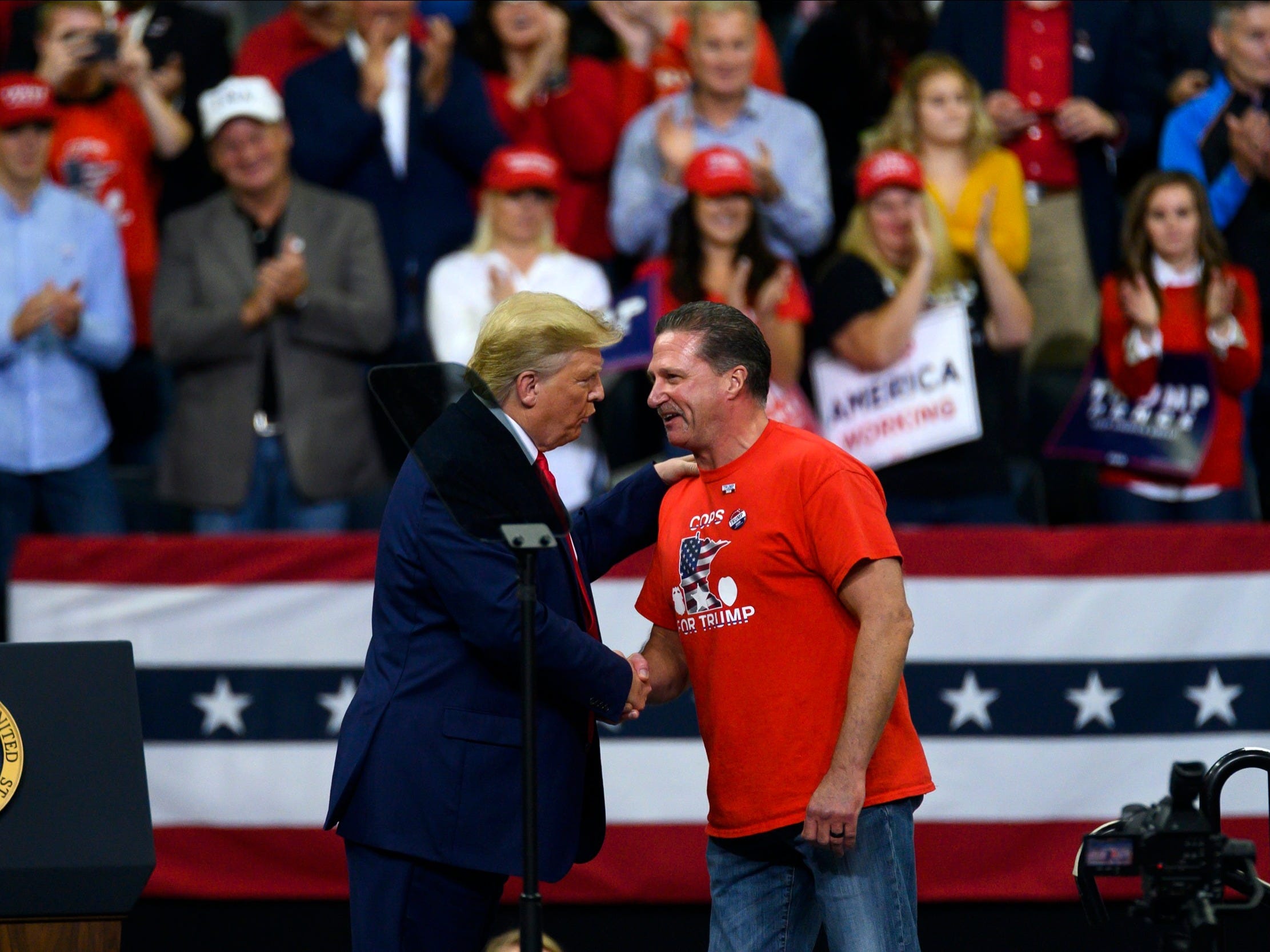 In the message that leaked Monday, Kroll said that the media was not reporting what he called the “violent criminal history of George Floyd.” He added he was working with the defence attorneys of the four officers who had been fired from the police force, and said they were fired “without due process.”

Insider’s requests for comment to both the POFM and MPD were not returned on Monday.

Four officers involved in the incident that led to Floyd’s death have been fired from MPD, though only former officer Derek Chauvin has so far been charged with a crime. He was charged last week with third-degree murder and manslaughter for his role in Floyd’s death.

In a video of the altercation, Chauvin was seen holding his neck to Floyd’s knee for approximately eight minutes even as Floyd said he couldn’t breathe and eventually lost consciousness.

George Floyd’s death was ’caused by asphyxia due to neck and back compression,’ an independent autopsy found

TikTok apologised for the glitch affecting the ‘black lives matter’ hashtag after accusations of censorship: ‘We know this came at a painful time’