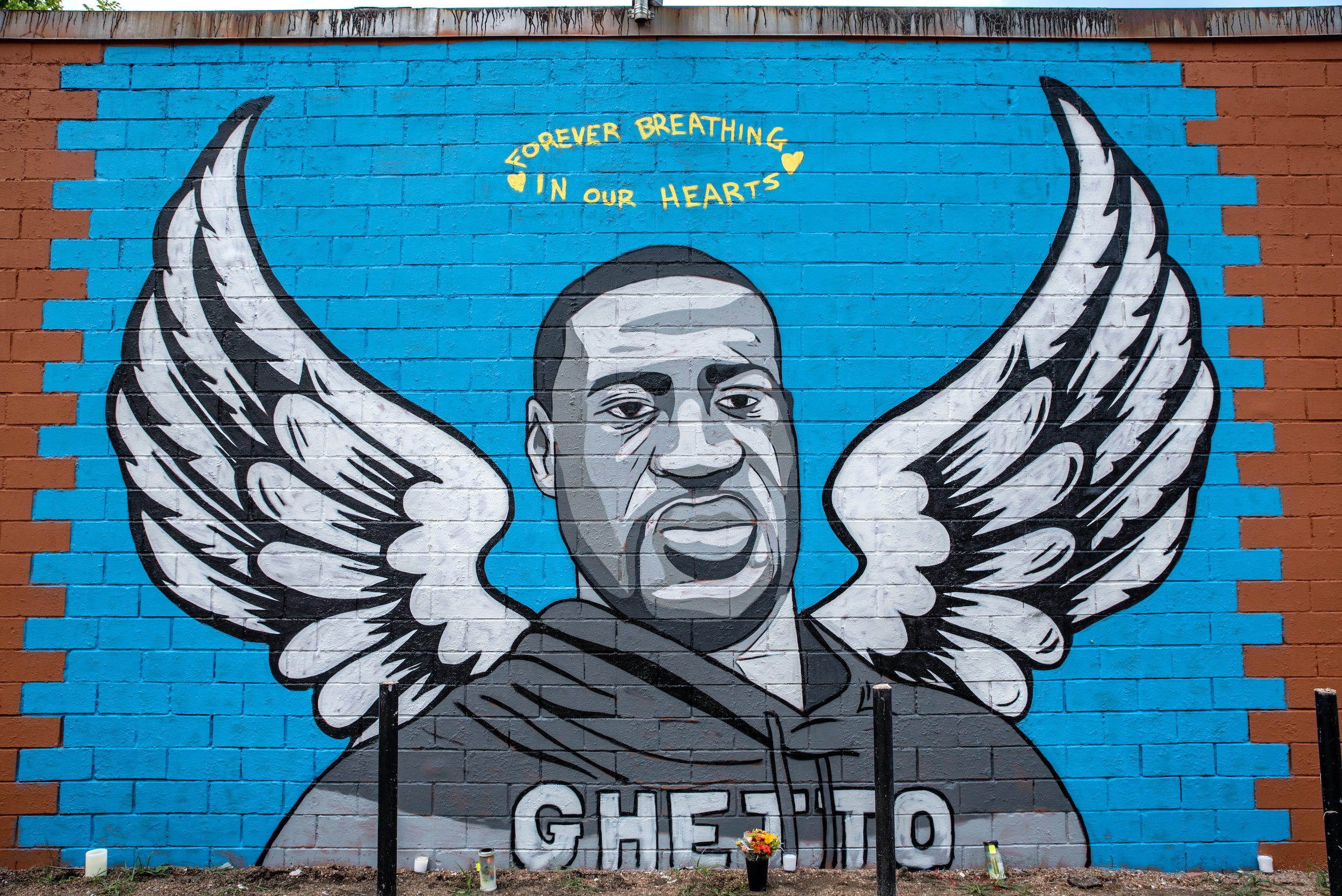 Sergio Flores/Getty ImagesA mural of George Floyd is painted on the side of Scott Food Mart in Houston, Texas before a march on June 2, 2020.

George Floyd’s death on May 25 has caused a reckoning on race and police brutality not just in the United States but across the globe.

And the fallout in Minneapolis, where the police killing occurred, has been swift.

Many of the city’s other institutions have distanced themselves from the police department, including the city’s school board, the parks department, and the University of Minnesota.

On Tuesday, Gov. Tim Walz and the Minnesota Department of Human Rights announced a civil rights probe into the Minneapolis Police Department’s policies, procedures, and practices going back 10 years. The goal is to investigate whether the department has demonstrated systemic discrimination against people of colour.

Human Rights Commissioner Rebecca Lucero said she hopes to reach an agreement with the city for short-term changes that would pave the way for long-term solutions.

Eventually, she said, a consent decree could be reached and enforced by courts with injunctions and fines, according to the Associated Press.

“This is not a report. This is something that will result in court action and require change,” Lucero promised, the Star Tribune reported. 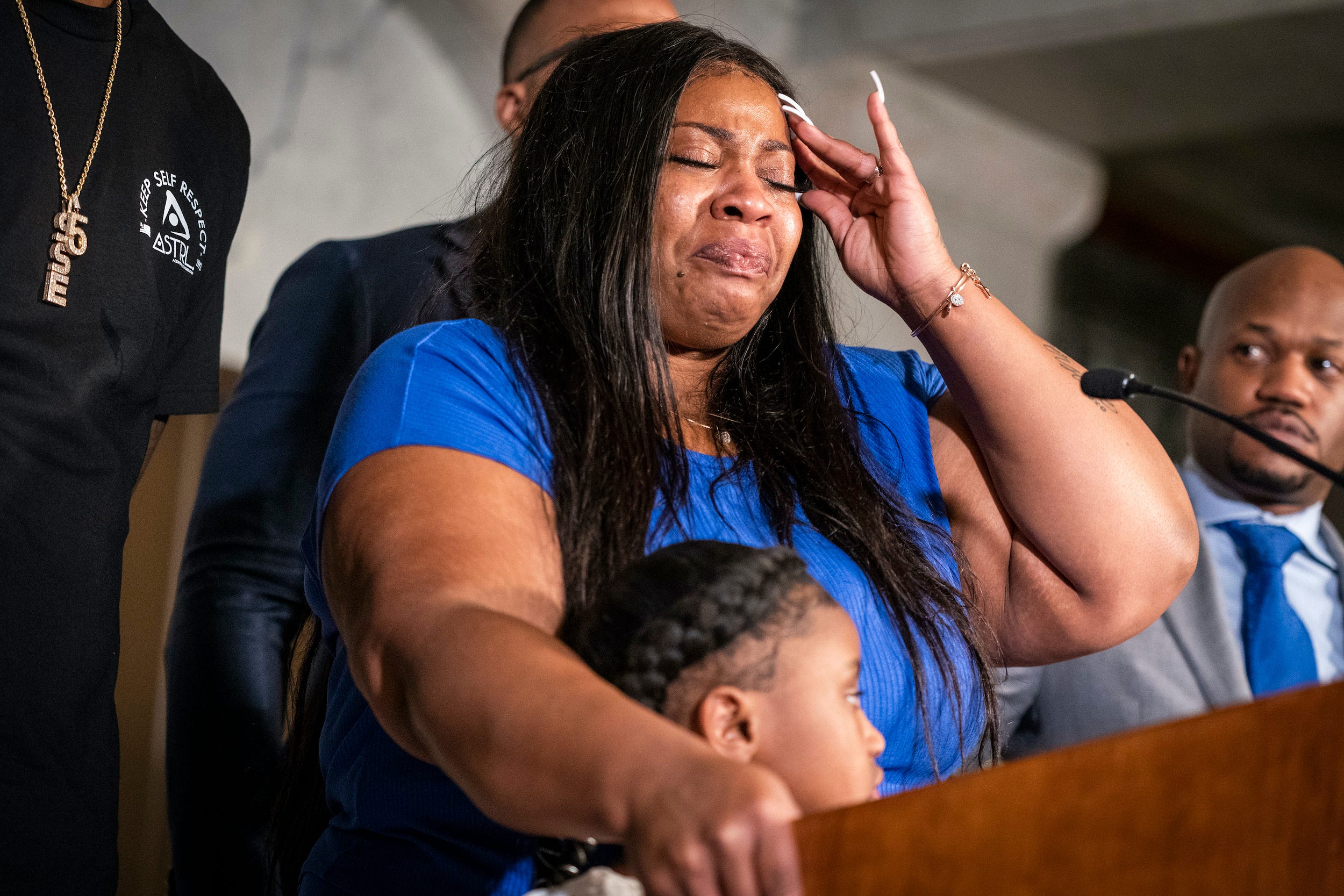 The 12-member Minneapolis City Council threw its support behind the investigation, the Associated Press reported.

“For years in Minneapolis, police chiefs and elected officials committed to change have been thwarted by police union protections and laws that severely limit accountability among police departments,” Mayor Jacob Frey said in a statement on Facebook. “I welcome today’s announcement because breaking through those persistent barriers, shifting the culture of policing, and addressing systemic racism will require all of us working hand-in-hand.”

The city’s public schools and parks department are distancing themselves

The Minneapolis Public Schools also decided on Tuesday to end its $US1.1 contract with the police department. City police act as school resource officers, officials said.

Hundreds of people descended on the district building before the vote – among them Democratic Rep. Ilhan Omar, who represents Minnesota’s 5th congressional district. Siad Ali, the board’s director, said at the meeting that the department doesn’t deserve the school board’s support, according to BuzzFeed News.

“This vote is about justice. It’s about time we end this contract with the Minneapolis police. They do not meet our values, and therefore, we will have no business with this organisation,” she said.

The University of Minnesota also severed its ties with the Minneapolis Police Department two days after Floyd died, with President Joan Gabel saying it will no longer provide security for football games, ceremonies, and other events.

University of Minnesota just broke a bunch of ties with the Minneapolis Police Department pic.twitter.com/PBEkl9FErZ

On Wednesday, the Minneapolis Park and Recreation Board joined the list of groups that have distanced themselves from Minneapolis police, going so far as to change park police uniforms to distinguish them from city officers’ uniforms, according to the Star Tribune.

“Recent actions by the Minneapolis Police Department in the alleged murder of George Floyd while in police custody have severely undermined community trust in, and sense of safety around, Minneapolis Police,” a board resolution reads. “This severe undermining of trust and safety by Minneapolis Police does not support the mission of the MPRB and has no place in our parks.”

Earlier in the day, the Minneapolis Police Department was also slapped with a class-action lawsuit, filed by two Minneapolis law firms and the American Civil Liberties Union of Minnesota.

The lawsuit accuses police officers of violating journalists’ constitutional rights by arresting them, spraying them with pepper spray, and shooting rubber bullets at them. A freelance photojournalist lost the use of her left eye after such an attack.

Hey folks, took a tracer found to the face (I think, given my backpack) and am headed into surgery to see if we can save my left eye

an update: I am permanently blind in my left eye, and the docs absolutely refuse to let me go back to work for they say six weeks. I’m definitely not allowed to be near smoke or gas.

“The press is under assault in our City,” the lawsuit says. “This pattern and practice of conduct by law enforcement tramples on the Constitution. It violates the sacrosanct right to freedom of speech and freedom of the press that form the linchpin of a free society. “

All four officers involved in Floyd’s death have been charged

Derek Chauvin, the arresting officer who pressed his knee on Floyd’s neck for eight minutes and 46 seconds, and the three other policemen – Thomas Lane, Tou Thao, and J. Alexander Kueng – were fired from the Minneapolis Police Department following Floyd’s death.

Chauvin was taken into custody on May 29 and slapped with third-degree murder and second-degree manslaughter charges. But attorneys Ben Crump and Antonio Romanucci said that’s not enough. Their demands were answered on Wednesday when Minnesota Attorney General Keith Ellison charged Chauvin with second-degree murder as well.

Lane, Thou, and Kueng were also charged with aiding and abetting second-degree murder and second-degree manslaughter. Bail is set at $US1 million for all the defendants, court documents show.

Crump issued a statement on Facebook, calling it a “bittersweet moment.”

“We are deeply gratified that Attorney General Keith Ellison took decisive action in this case, arresting and charging all the officers involved in George Floyd’s death and upgrading the charge against Derek Chauvin to felony second-degree murder,” he wrote.

“This is a significant step forward on the road to justice, and we are gratified that this important action was brought before George Floyd’s body was laid to rest,” Crump said. “That is a source of peace for George’s family in this painful time.”

The lawyer told CNBC that presumptive Democratic presidential nominee Joe Biden will be at the funeral in Texas. Plans for the former vice president to attend the service are being discussed, but have not yet been finalised, a person familiar with the matter told CNN.

Meanwhile, Roxie Washington, the mother of George Floyd’s six-year-old daughter Gianna Floyd, broke down at a news conference in Minneapolis on Tuesday at which she sought justice for the father of her child, USA Today reported.

“He’ll never see her grow up, graduate. He will never walk her down the aisle. If there’s a problem she’s had and needs her dad, she does not have that anymore,” Washington said.