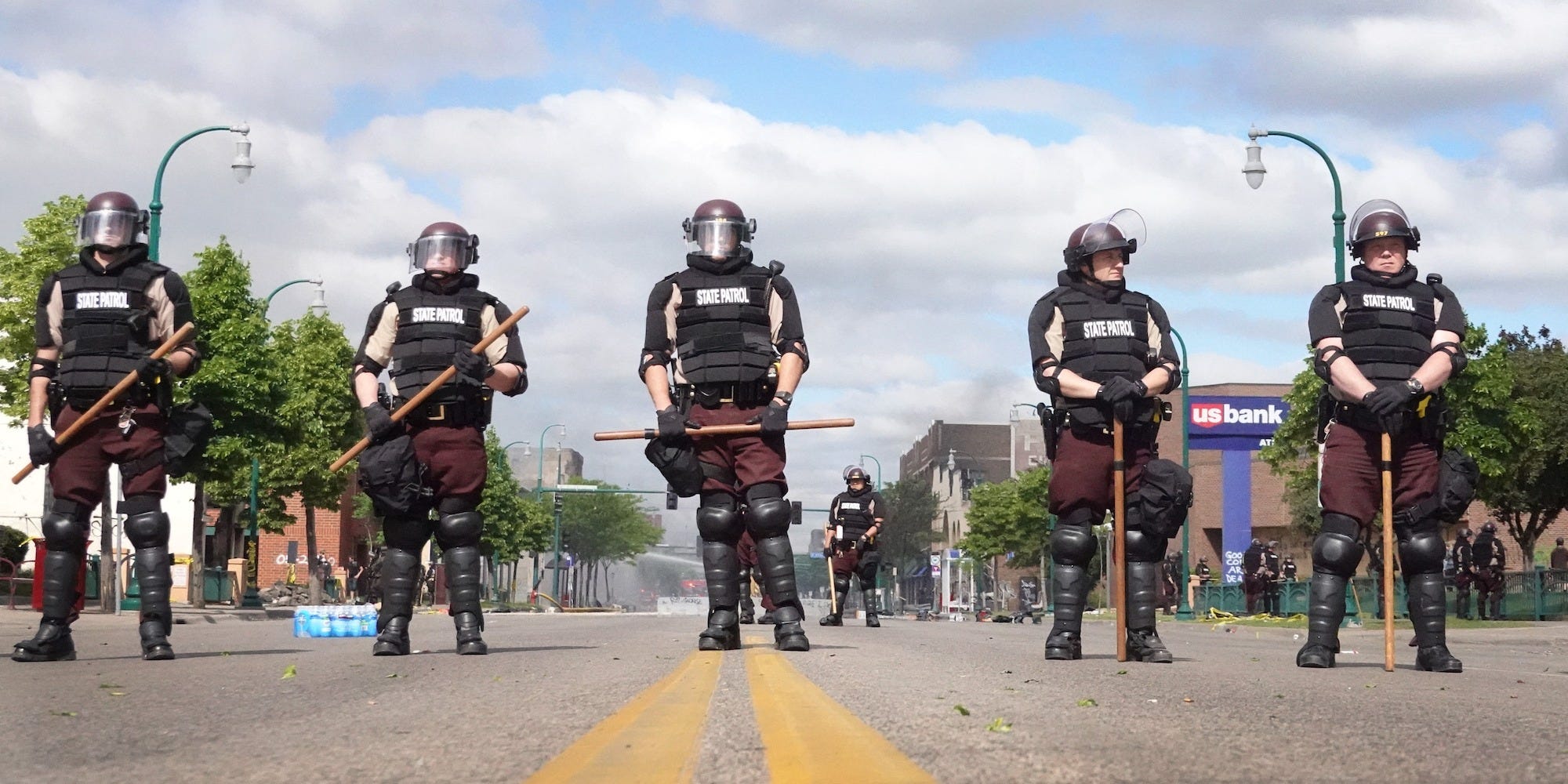 Officers from the Minneapolis Police Department have rendered at least 44 individuals unconscious by using neck restraints, which a former officer used on George Floyd prior to his death last week, NBC News reported Monday. About 60% of those left unconscious by the move were black.

Derek Chauvin, the white police officer who used the tactic on Floyd, a 46-year-old African American man, has been fired and charged with both third-degree murder and manslaughter in connection with Floyd’s Memorial Day death.

Video of the altercation that preceded Floyd’s death showed that Chauvins knelt on Floyd’s neck for more than eight minutes – even while Floyd told the officer he couldn’t breathe and even after he stopped breathing, according to the report.

About 30% of those who went unconscious after the tactic was used were white and two of the 44 individuals were Native American, NBC News found. Almost all were men and the majority were younger than 40.

According to the NBC report, it’s difficult to compare officers’ use of the tactic in Minneapolis to officers in other major cities due to the lack of other publicly available use-of-force data in other cities. A police officer was caught on video using the tactic while making an arrest Saturday night in Seattle before another officer forced his knee from the man’s neck.

The Minneapolis Star-Tribune reported after Floyd’s death that kneeling on a suspect’s neck is banned in most Minnesota law enforcement agencies, but is allowed in Minneapolis as a “non-deadly force option” that can only be used by officers who have been trained on how to do so without putting direct pressure on the airway.

Nearly 50% of those who lost consciousness were injured, according to NBC News. In most of the reported cases, there was not an underlying violent offence, according to the report.

While a Minneapolis official told NBC News that Chauvin’s tactic was probated, an online version of the department’s manual said that the use of neck restraint that could potentially result in rendering an individual unconscious was permitted in certain circumstances.

It said the “unconscious neck restraint” is only to be applied on a person “exhibiting active aggression,” to save someone’s life, or on “a subject who is exhibiting active resistance in order to gain control of the subject; and if lesser attempts at control have been or would likely be ineffective,” according to to the report.

The policy hasn’t received an update since April 2012, according to parenthetical dates next to the policy in the handbook.

More than a dozen law enforcement officials and experts told NBC News that the practice is not taught or sanctioned by any police agency.

In total, Minneapolis police used neck restraints at least 237 times since the start of 2015, according to the report.

Trump’s aides tried to get him to give a unifying TV address, but gave up because he was unwilling and they had no new policies to suggest

A UFC champion took to the streets during the George Floyd protests to fight crime, making vandals surrender cans of spray paint

Billie Eilish blasted the ‘All Lives Matter’ movement: ‘If all lives matter why are black people killed for just being black’