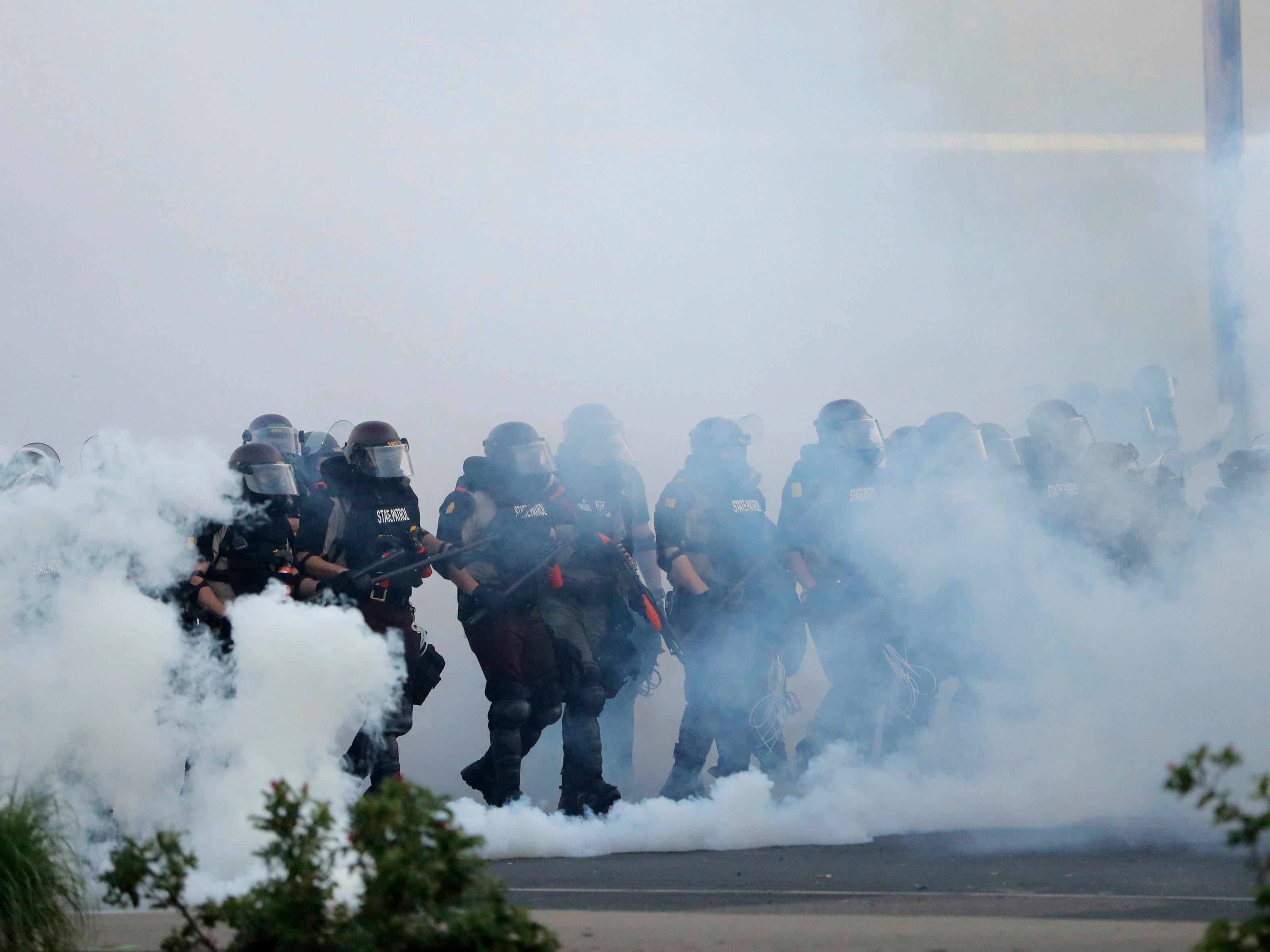 Julio Cortez/AP PhotoPolice move toward demonstrators in Minneapolis, Minnesota, on May 31, 2020.

Ten days after the police killing of George Floyd in Minneapolis, Minnesota, several members of the Minneapolis City Council are seeking to get rid of the police department – permanently.

Ward 3 Councilmember Steve Fletcher announced the effort on social media, saying that he and other councilmembers are looking to “disband” the Minneapolis Police Department, calling it “ungovernable” and “irredeemably beyond reform.” Without any historical precedent, there’s no easy path forward.

“Several of us on the council are working on finding out what it would take to disband the MPD and start fresh with a community-oriented, non-violent public safety and outreach capacity,” Fletcher tweeted.

The effort comes as protests surge nationwide and around the world. The demonstrations, some of which have turned destructive, have mainstreamed some typically fringe demands, like defunding the police or abolishing them wholesale.

“We can send a city response that makes situations better. We can resolve confusion over a $US20 grocery transaction without drawing a weapon, or pulling out handcuffs,” Fletcher said.

“The whole world is watching, and we can declare policing as we know it a thing of the past, and create a compassionate, non-violent future,” he added. “It will be hard. But so is managing a dysfunctional relationship with an unaccountable armed force in our city.”

The MPD has a history of racist police violence: Its officers use force against black denizens seven times more frequently than against white ones, the New York Times reported.

Derek Chauvin, who killed Floyd, was involved in three shootings and was the subject of numerous internal investigations over his 19-year career. Tao Thou, the officer who stood guard as Chauvin knelt on Floyd’s neck, settled an excessive-use-of-force lawsuit out of court in 2018.

With the MPD in the spotlight, several city agencies have severed ties with the police force

On Wednesday, the Minneapolis Park and Recreation Board unanimously voted to end its contract with the MPD, precluding the police from guarding park events and preventing park police from responding to non-violent police calls.

“Recent actions by the Minneapolis Police Department in the alleged murder of George Floyd while in police custody have severely undermined community trust in, and sense of safety around, Minneapolis Police,” the Board resolution said. 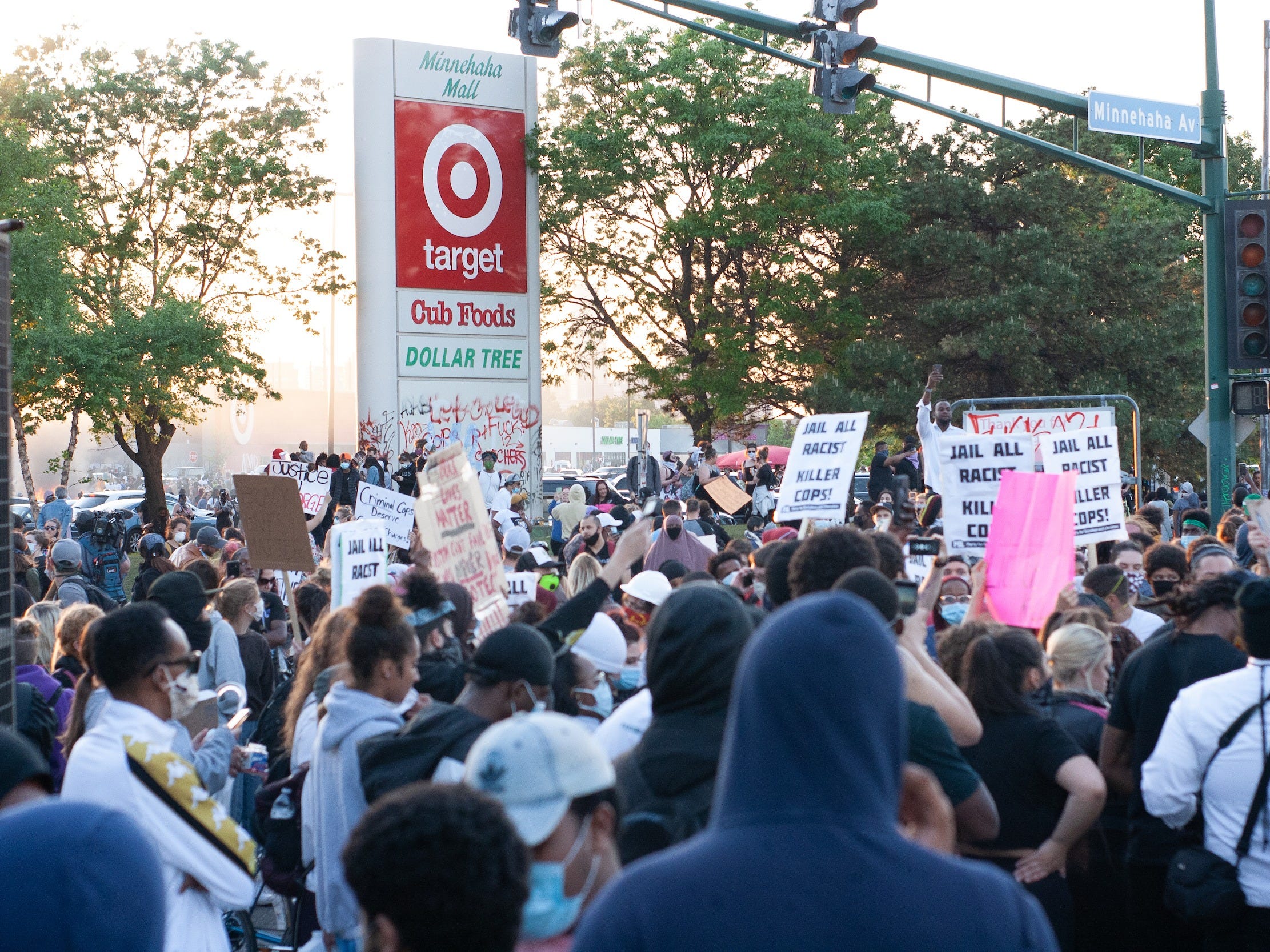 J.D. DugganProtesters at a Target in Minneapolis.

On Tuesday, Minneapolis Public Schools terminated its $US1.1 million contract with the police department, which staffs citywide schools with “school resource officers,” according to Buzzfeed News. Agency officials voted unanimously in favour of termination.

“This vote is about justice,” Siad Ali, director of the school board, said during on Tuesday. “It’s about time we end this contract with the Minneapolis police. They do not meet our values, and therefore, we will have no business with this organisation.”

On May 27, two days after the police killing of Floyd, the University of Minnesota cut ties with the police department.

The university will “no longer contract with the Minneapolis Police Department for additional law enforcement support need for large events, such as football games, concerts, and ceremonies,”President Joan Gabel said in a statement.

The university also stopped using the MPD for other events where “specialised [police] services are needed,” like “K-9 Explosive detection units,” Gabel said.

Police reform is not up to the task of keeping Americans safe, said Alex Vitale, a sociologist at Brooklyn College and author of “The End of Policing.” Instead, police departments must be defunded and eventually abolished, he said.

“It’s time instead to have a complete rethink about why we’re using police in the United States to solve every problem under the sun,” Vitale told Insider. “When you turn a problem over to the police, it’s going to be done through the lens of violence and intimidation.”

The MPD and the Minneapolis City Council did not immediately respond to Insider’s requests for comment.