Everything Mindy Kaling and BJ Novak have said about their relationship Mindy Kaling and BJ Novak have been in an on-again, off-again relationship since they met on the set of “The Office” back in 2005.

The two have gone public about how they have dated, broken up, and gotten back together multiple times. And although we may never know the exact details about what’s going on between these two, they have made it clear that they will always be best friends.

Here’s a look at everything they have said about their relationship over the years.

Novak has said they never really knew if they were dating or not. 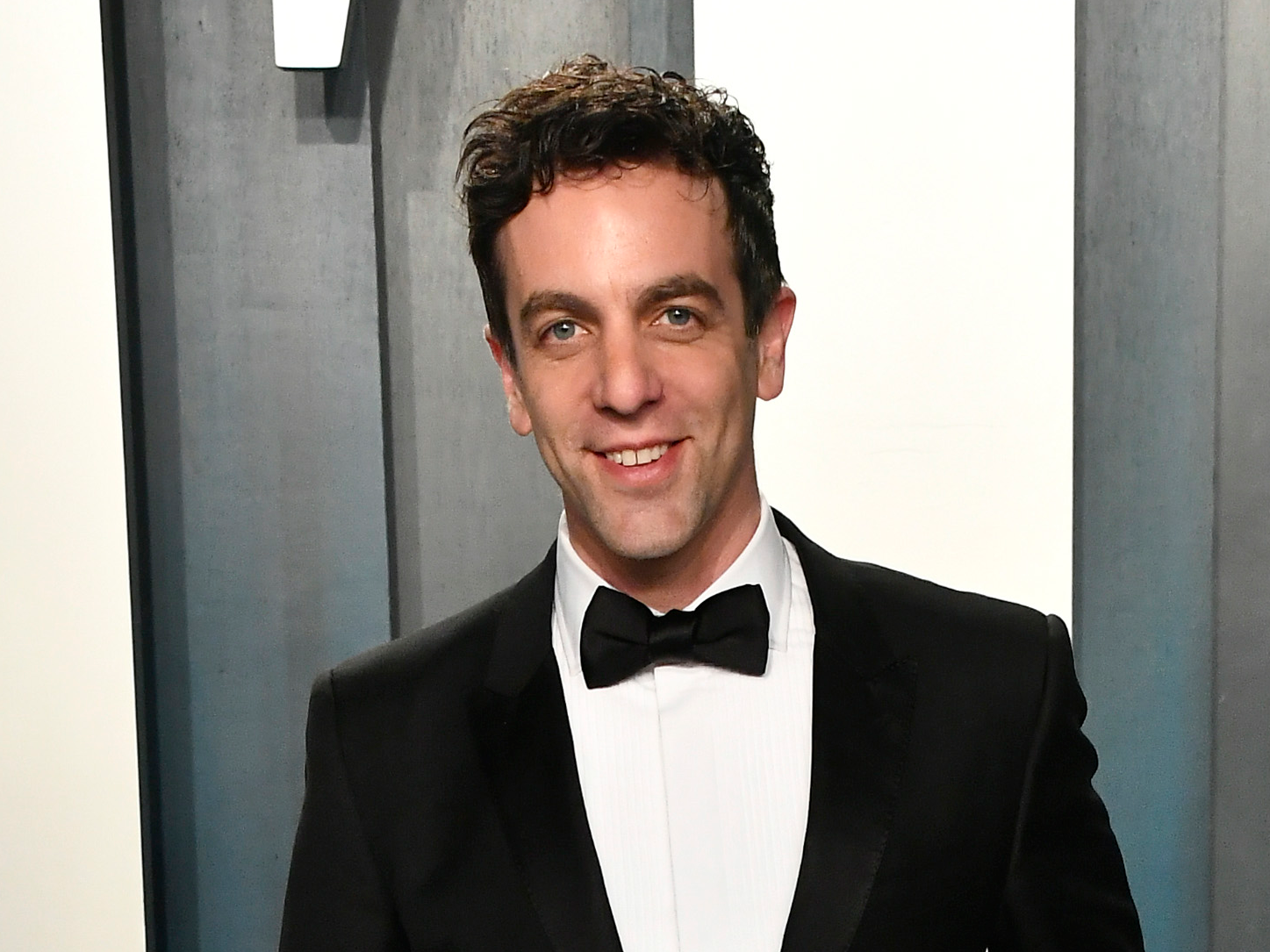 Frazer Harrison / Staff / GettyBJ Novak and Mindy Kaling were just as confused about their relationship status as their fans were.

Fans weren’t the only ones who have been confused about Kaling and Novak’s relationship status. In a 2012 interview with Vulture, Novak admitted that he and Kaling never really knew if they were dating or not.

Novak also said the relationship between Kelly and Ryan on “The Office” mimicked parts of Kaling and Novak’s off-screen relationship. NBCMindy Kaling and BJ Novak on ‘The Office.’

In the same interview with Vulture, Novak said that their real-life relationship often inspired Kelly and Ryan’s on the show.

“Sometimes viewers would ask, ‘Are Ryan and Kelly together right now, not together?’ It’s not even that I wouldn’t know. I thought the question was missing the point.” Novak said. “Write whatever you want. So, Kelly needed a boyfriend this week, so Ryan goes on a date. Ryan and Kelly are getting engaged … I think it was sort of expressive of the relationship that we were in.”

However, he added that the couple’s real breakup didn’t mirror their characters’.

“In real life, I think we just essentially grew up and it became more of a transition,” he said.

Kaling said that Novak once broke her heart. Presley Ann/Patrick McMullan via GettyBJ Novak broke up with Mindy Kaling at one point in their relationship.

Novak initiated at least one of the breakups in their relationship. During a 2014 appearance on “The Howard Stern Show,” Kaling said that Novak once broke up with her, and it left her devastated.

“It was years and years ago that that breakup happened,” she said. “I was so sad, not angry, sad.”

And when Stern asked her if she would have married him if he asked, she replied, “At the time? Yeah. I was 24. For the record, if anyone asked me to marry them, I would have said yes.”

Still, she isn’t waiting for them to get back together.

“I love him, and I think he’s a great person, but I’m not holding a candle for BJ.” Evan Agostini/Invision/APMindy Kaling re-sparked interest when she described their relationship in 2015.

In a 2015 interview with InStyle, Kaling’s comments about Novak made a lot of fans think they would get back together.

“I will freely admit: My relationship with BJ Novak is weird as hell,” she said. “He is not my boyfriend, but he is not my best friend. I guess you could describe our relationship as a ‘romantically charged camaraderie with loud arguments,’ but I don’t think Facebook would accept this as a new status.”

Novak said that other people they have dated have been intimidated by their relationship. Novak confirmed in an interview with Entertainment Weekly that anyone who’s dated Kaling or Novak since they met has been intimidated by their relationship.

“We are pretty inseparable best friends with a lot of chemistry ourselves, and we’re not dating. Whenever we date anyone else, I think there’s a period when the person is very sceptical of our friendship,” he said.

Kaling said she kind of likes when people speculate about their future together. In a 2015 interview with The Guardian, Kaling was asked what she thinks about the fans who want the two of them to end up together.

“When people say that, it makes me feel so cool. Like, oh, people are thinking about me like I’m a character,” she said. “We are so different and we fight a lot, but the gift [Novak] has always given me is the utter and total belief that I am one of the greats. And it is an intoxicating feeling.”

Novak said that he wished he and Kaling had a more “consistently positive” relationship. 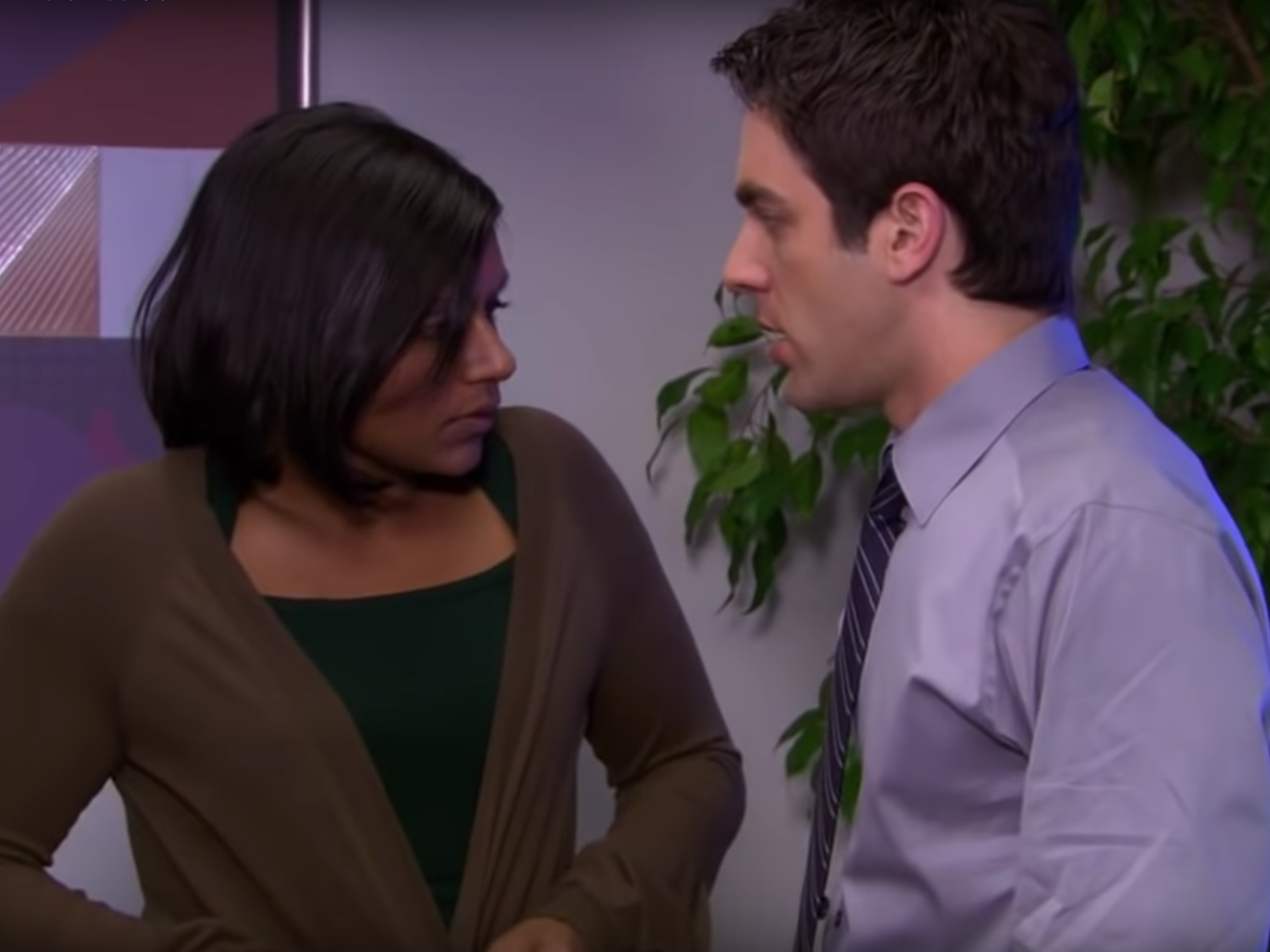 NBCMindy Kaling and BJ Novak’s characters dated on ‘The Office.’

It’s probably not surprising that Kaling and Novak were really close while filming “The Office.”

He continued, “Actually, I would trade it for the world. What am I talking about: I’d trade it for a more consistently positive relationship with Mindy Kaling. She’s the best.”

They have said multiple times that they are each other’s “soup snakes.” 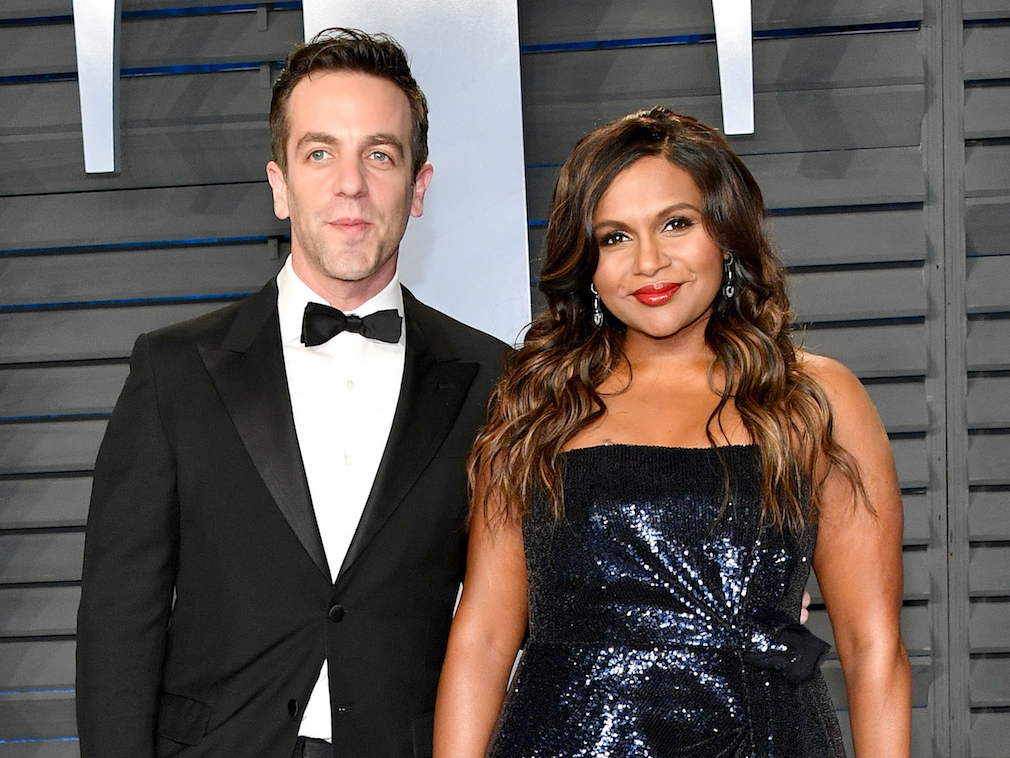 On an episode of “The Office,” Michael tried confessing his love to an ex-girlfriend, but he couldn’t read his own handwriting. Instead of saying “soul mates” he misread it as “soup snakes,” so now fans of the show use the phrase as a term of endearment.

Kaling and Novak have taken on the term to describe their own relationship and have referenced it many times on social media.

In one tweet from 2013, Novak wrote, “Mindy and I are soup-snakes.” Novak also posted a photo on Instagram of a cookie with Kaling’s picture on it 2014, writing, “And thank you for the cookie in honour of my soup snake @mindykaling.”

Kaling has also used the term, tweeting at Novak in 2013, “you’re my soup snake,” and again later that year, “happy birthday to my soup snake.” During a 2015 talk about his children’s book, “The Book With No Pictures,” Novak was asked what it’s like to be Kaling’s friend.

According to Bustle, he said, “It’s really fun to be her BFF. It is a fantastic relationship with a lot of shorthand. I feel so lucky that I get a brilliant text from Mindy Kaling, like, once an hour. It’s like something you’d win at an auction – Mindy Kaling will blow up your phone!”

He has also said she’s not the kind of girl “who waits by the phone.” Novak is no stranger to complimenting Kaling publicly.

In a 2014 interview with Elle, he said, “She’s a gangster. And guys respond to that. This is not a girl who waits by the phone. This is a girl who picks up the phone and calls whoever she wants.”

Novak has said that they text each other about silly things all the time. In a 2016 interview with The Guardian, Novak described their relationship as being close “in a sort of natural, eternal way.”

He also read a few of their recent text exchanges.

“She texted me: ‘Remake ‘I Dream of Jeannie’ with me. You be Larry Hagman.’ This was on Saturday,” he said. “Then I texted her: ‘I’m writing a list: Eight Times Mindy Kaling Bullied Me on the Set of ‘The Office’.’ So I was asking her details for that.”

Kaling called her relationship with Novak a “great blessing,” but she also insinuated that they won’t likely date again. During a 2019 interview with CBS Sunday Morning, Kaling opened up about their relationship.

“I’ve known [Novak] for 16 years,” she said. “We met each other when we were 24, and we’re about both going to be 40 in about a month,” she said. “Anyone who’s known each other for that long … I think it’s nice, I like when people think it’s more romantic or sparkly or interesting than it is.”

But, she added, their relationship is no longer romantic.

“It isn’t the thing that people sometimes think it is. He’s really part of my family now, which is great,” she said. “Even though that’s less of a sexy characterization of our relationship, I think it’s a deeper and a closer one.”

She added, “It’s nice. We do spend a lot of time together and it’s a great blessing in my life.”

She has also said Novak is the godfather to her daughter. Although we don’t know who the father of Kaling’s daughter is, we do know that Novak is the godfather.

“The truth is that BJ is so much more like family now than a platonic friend. He’s the godfather to my daughter, he comes over like once a week. Sometimes he’ll come over just to hang out with her,” she told Good Housekeeping in 2019.