What it's like living as a millionaire in Montenegro, the tiny European country where the ultrawealthy are paying more than $400,000 for citizenship during the pandemic 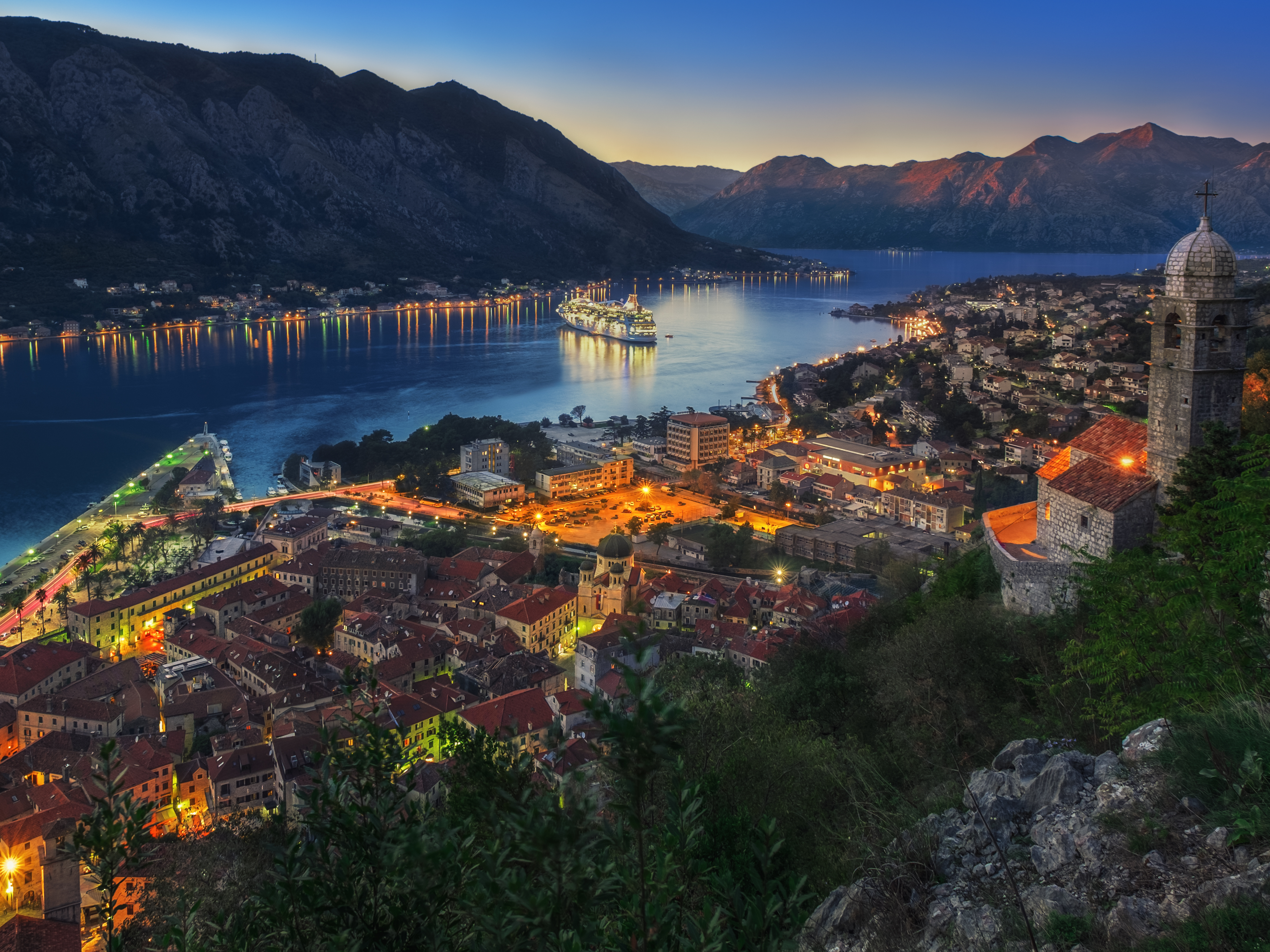 Getty ImagesMontenegro, a Balkan country the size of Connecticut, is home to at least 64 millionaires.

The ultra-wealthy are paying hundreds of thousands of dollars for citizenship in Montenegro, a tiny European country that’s been called “the next French Riviera.”

New applications rose 142% in the first quarter of 2020 as compared to the fourth quarter of 2019 – the highest increase of any country, CNN reports. In 2018, Montenegro launched a new program to lure in millionaires by letting them invest in the country in order to get a Montenegro passport.

Such programs, referred to as “golden visa” programs, have been rising in popularity during the coronavirus pandemic as the ultra-wealthy look for loopholes in a world where travel is increasingly difficult, per CNN. With enough money, travellers can essentially buy a second passport or “elite residency” in a country.

Montenegro, a Balkan country on the Adriatic Sea that’s about the size of Connecticut, may seem like an unlikely destination for millionaires. But it’s already home to at least 66 of them, and its picturesque coastline, new luxury hotels, and popularity among yacht owners have made people take notice of what’s been called “the next French Riviera.”

Montenegro recently built two massive yacht ports that include luxury residences, hotels, and shopping, drawing comparisons to the glitzy French Riviera city-state of Monaco. Millionaires in Montenegro can get free 24-hour servicing for the yachts, stay in luxurious hotels like the Regent Porto Montenegro and the island-resort of Sveti Stefan, and reap the benefits of exclusive Owners Clubs and Yacht Clubs.

Here’s what it’s like living in Montenegro as a millionaire.

Montenegro, a tiny Balkan country in southeastern Europe on the Adriatic Sea, is a coveted destination during the coronavirus pandemic. 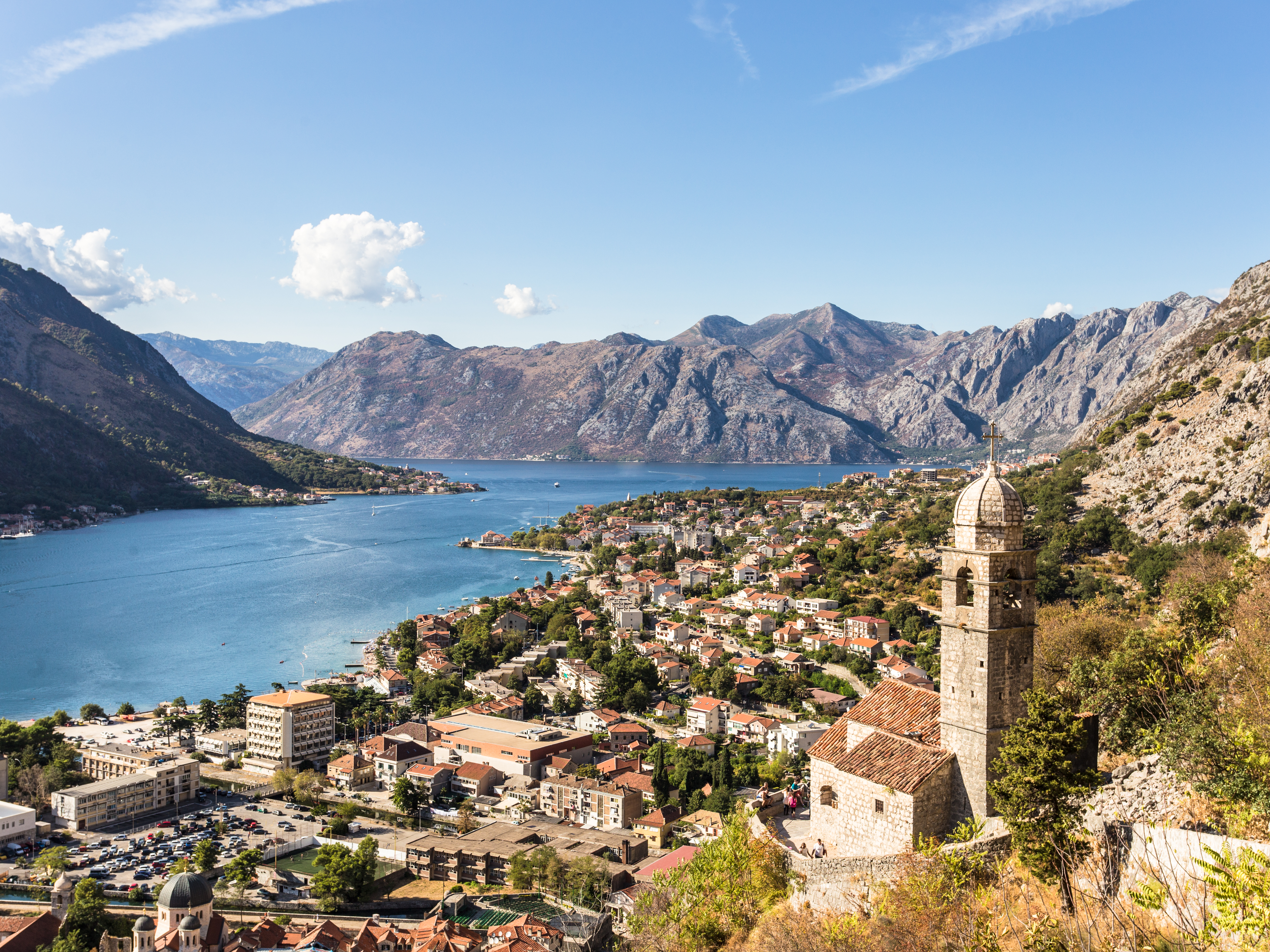 It’s getting an influx of ultra-wealthy applicants for its citizenship-by-investment program, where foreigners invest at least at least €350,000 – about $US414,000 – in the country for a passport, CNN reports.

New applications for the program, which Montenegro launched in 2018, rose by 142% in the first quarter of 2020 as compared to the fourth quarter of 2019, per CNN.

Such programs, referred to as “golden visa” programs, have surged in popularity during the pandemic as the world’s wealthy try to get around travel bans, according to CNN. With enough money, travellers can essentially buy a second passport or “elite residency” in a country.

As a yachting hotspot with striking scenery, Montenegro has been emerging as a luxury destination, with some calling it “the next French Riviera.” 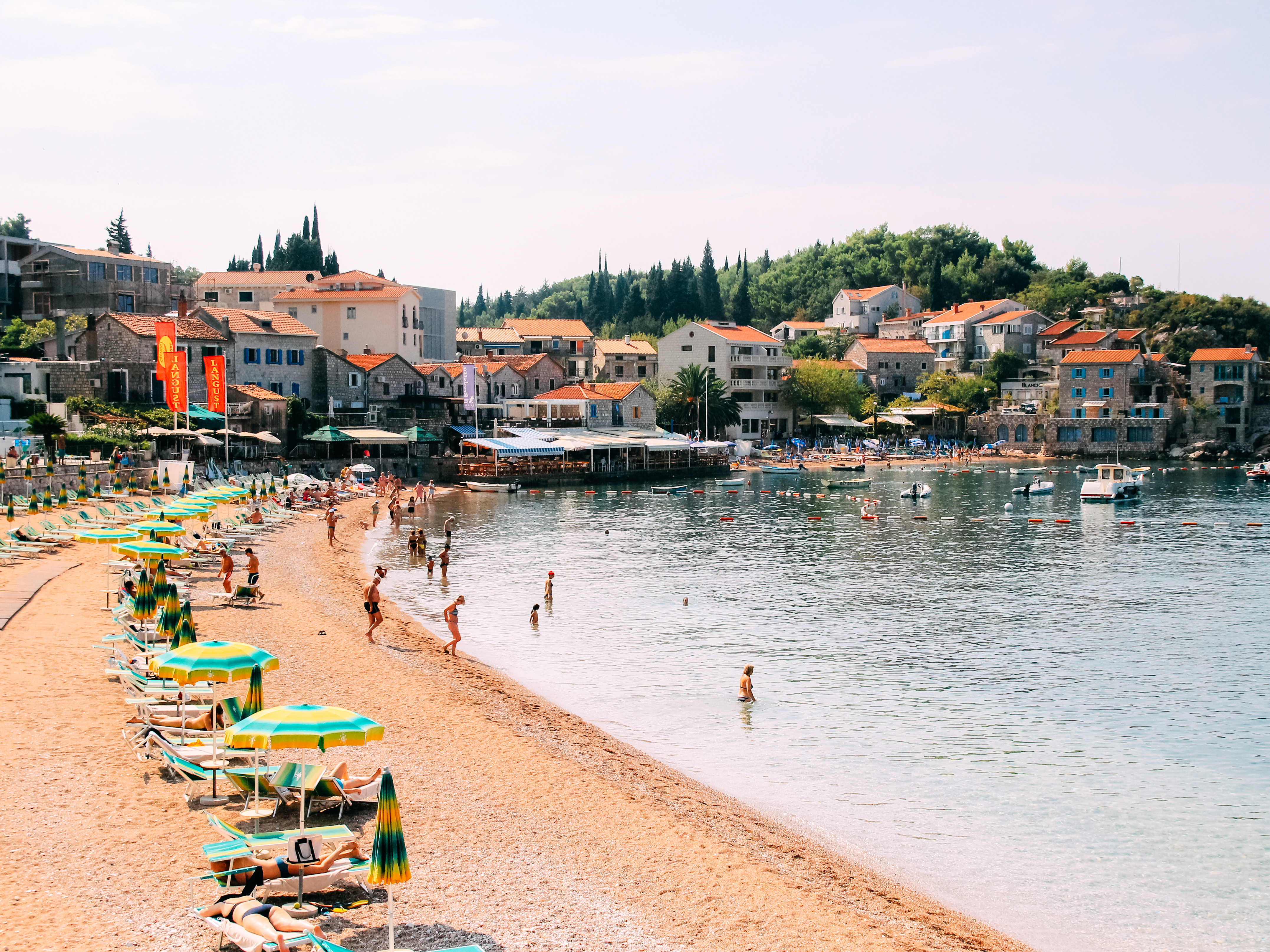 “In fact, it’s not just the unspoiled terrain, ample sunlight, and hospitable locals that have made Montenegro an exciting travel destination but also a bevy of newly renovated and built luxury hotels and restaurants, which have caused some to call Montenegro the next French Riviera,” Nick Mafi wrote in Architectural Digest in 2018.

Montenegro was one of the top destinations billionaires were travelling to in 2019, according to a report by Business Insider and the luxury travel agency Original Travel.

Tom Barber, a cofounder of Original Travel, told Business Insider last year that Montenegro was set for a luxury upgrade with newly opened resorts like Chedi Lustica Bay and the upcoming Portonovi.

The tiny country, which is about the size of Connecticut, is bordered by Bosnia and Herzegovina, Serbia, Kosovo, Albania, and the Adriatic Sea, along which it has about 182 miles of coastline. 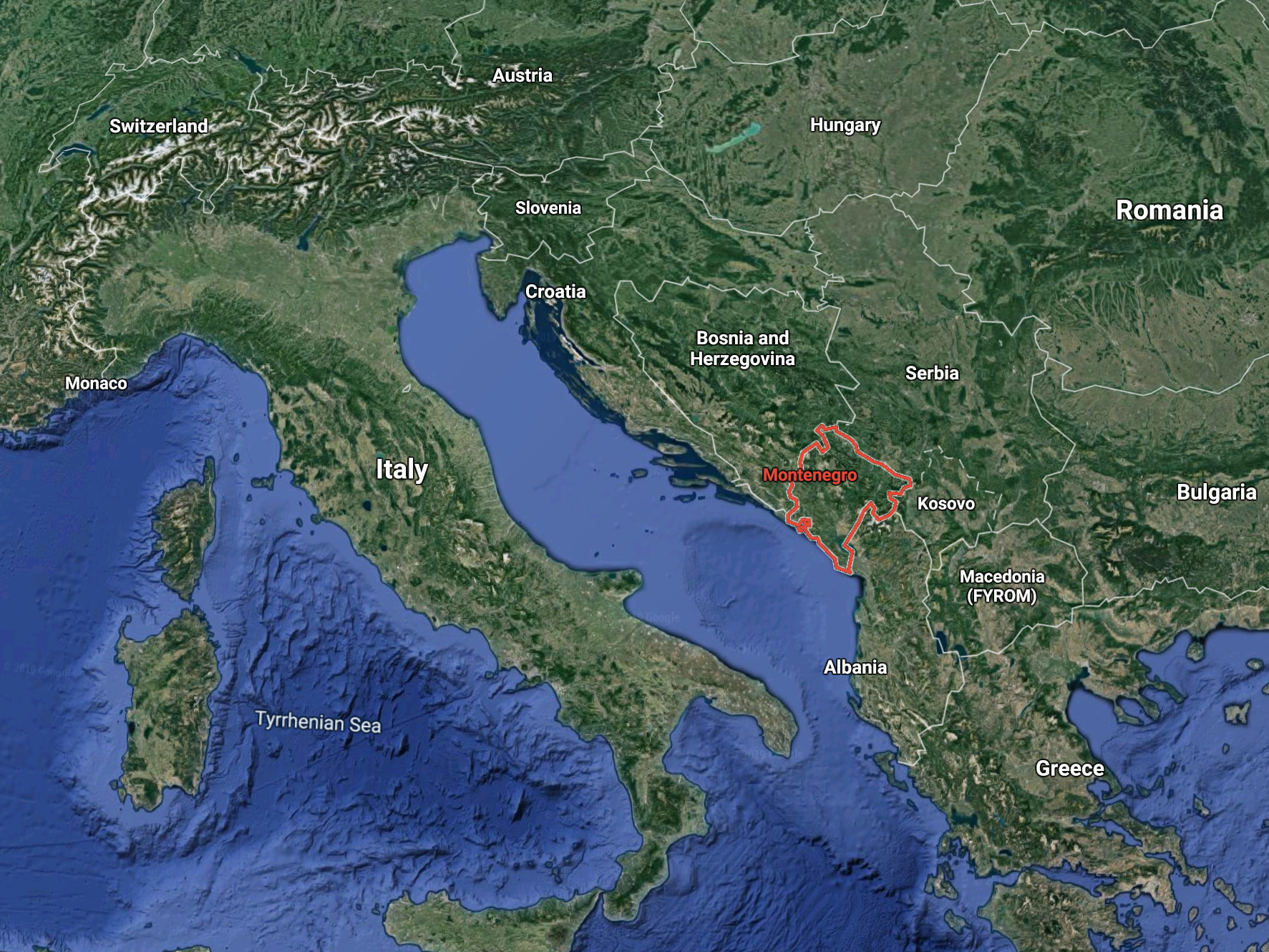 Montenegro has also been compared to Monaco — but it’s a parallel that’s not necessarily embraced by everyone. 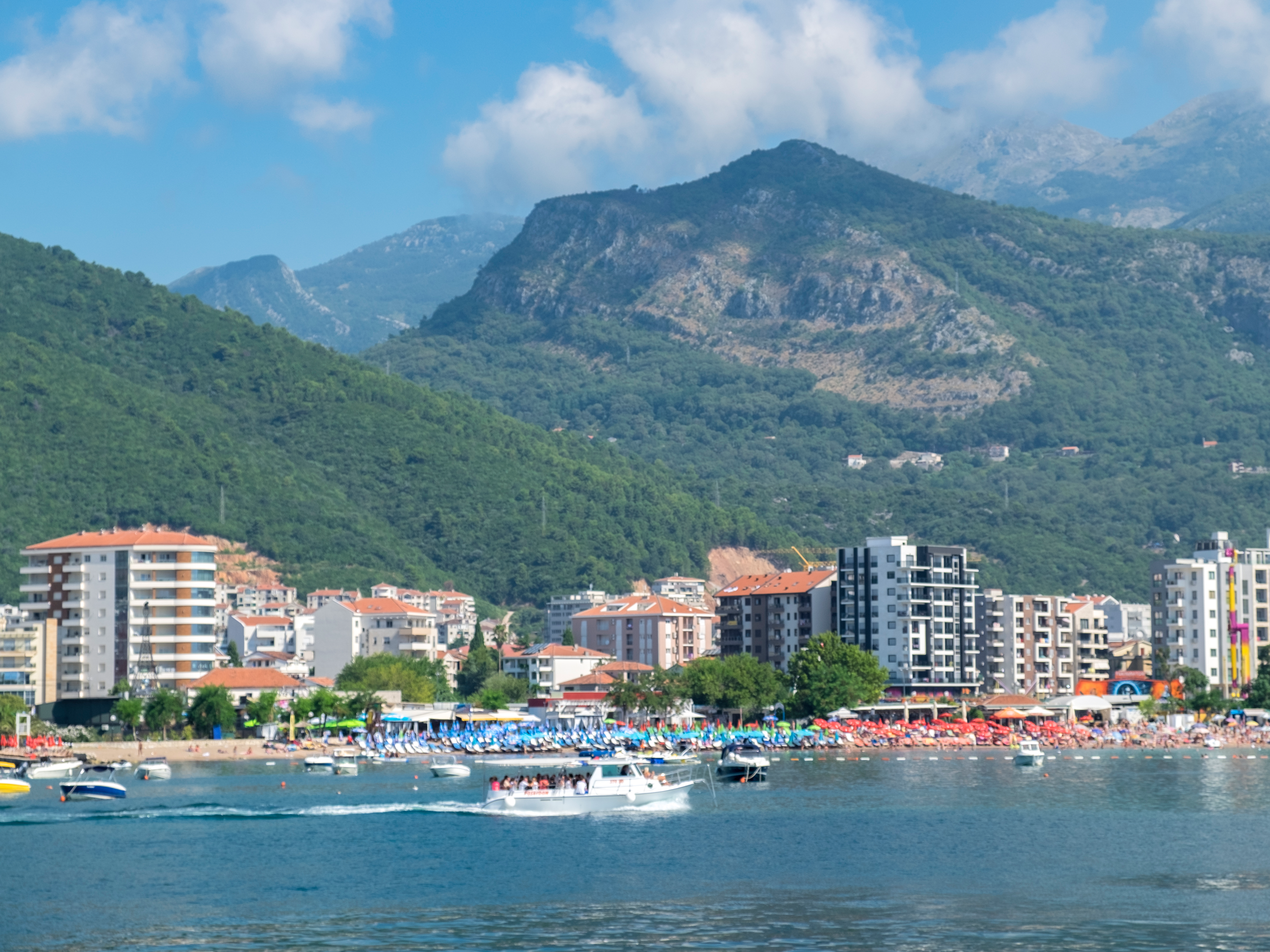 “In my opinion, Monaco has lost its soul – there’s no real atmosphere there anymore,” Kai Dieckmann, the general manager of the Regent Porto Montenegro, a five-star property in Boka Bay, told Architectural Digest. “But in Montenegro, we have natural beauty, incredible food and wine that are both locally grown, and friendly people.”

Montenegro is home to at least 66 millionaires, according to the Central Montenegro bank. 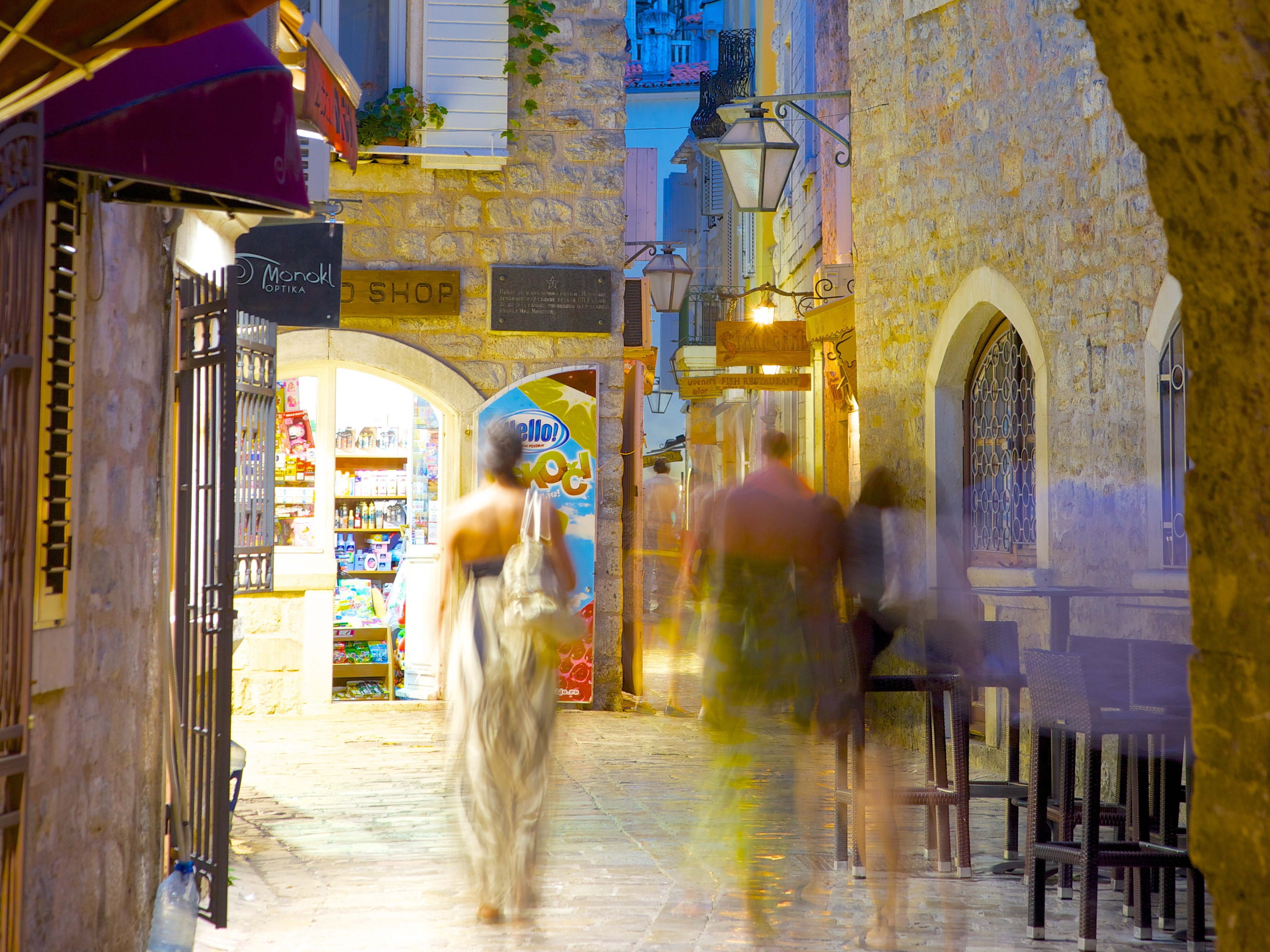 The country counted 64 citizens with at least $US1 million in their bank accounts at the end of 2017 – 10 more millionaires than the year before, according to Telegraf.

And its doors are open to foreign millionaires as well. Montenegro is one of several countries where wealthy immigrants can pay hundreds of thousands of dollars to invest in the country and obtain a passport in return. 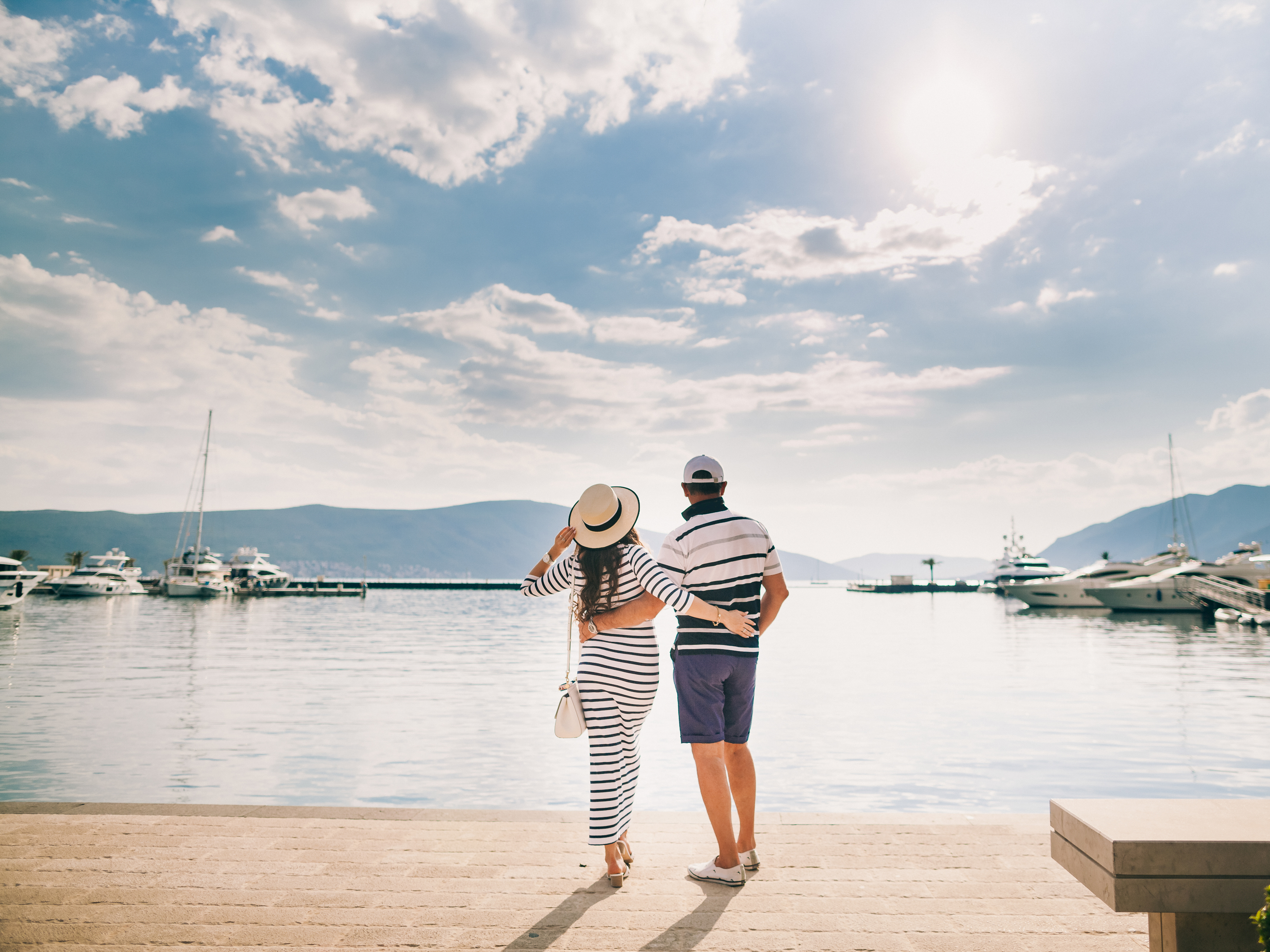 In 2019, a record 26% of global ultra-high-net-worth-individuals planned on emigrating to one of the many countries – including Greece, New Zealand, the UK, Cyprus, and Malta – that offer citizenship and residency through investment schemes, Liam Bailey, Knight Frank’s Global Head of Research, wrote in the consultancy firm’s 2019 Wealth Report.

And interest in such programs has soared during the pandemic, as CNN reported.

Montenegro is a yacht lover’s paradise. Porto Montenegro, a newly built marina in Tivat is a popular port for yachts and has grown into a luxury destination. It’s an attractive port for yacht owners not only aesthetically but also because it has free 24-hour yacht service and a tax and duty-free fuel station.

Porto Montenegro describes itself as “an exclusive marina and yachting paradise” with waterfront residences, restaurants, luxury shopping and hotels, and upscale events. 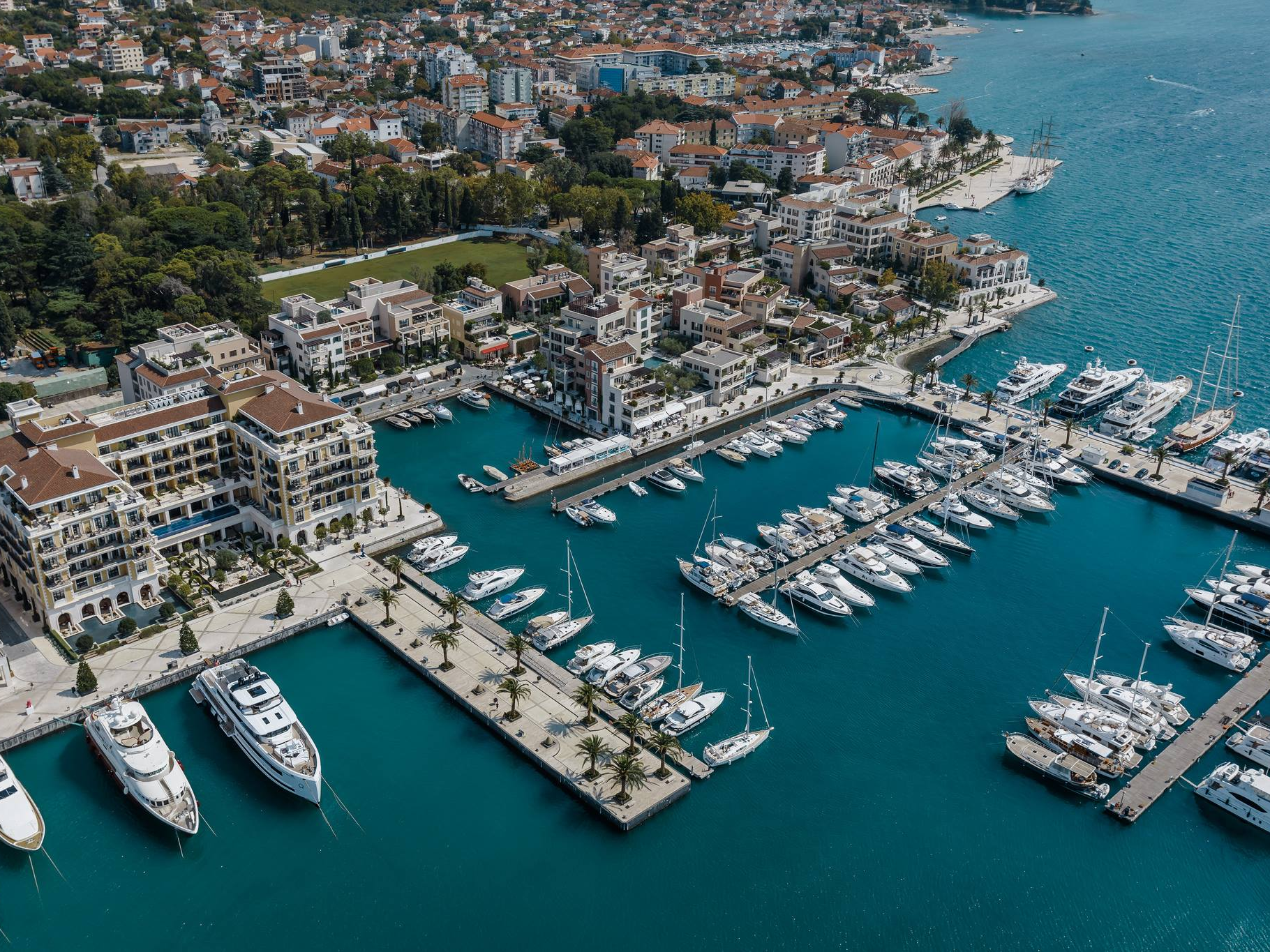 It can accommodate more than 450 large yachts. In 2017, it won a Marina of Distinction Award by The Yacht Harbour Association.

One of Porto Montenegro’s most luxurious hotels is the Regent Porto Montenegro, which has 87 rooms that can be rented through the hotel, while 62 others were made to be purchased. 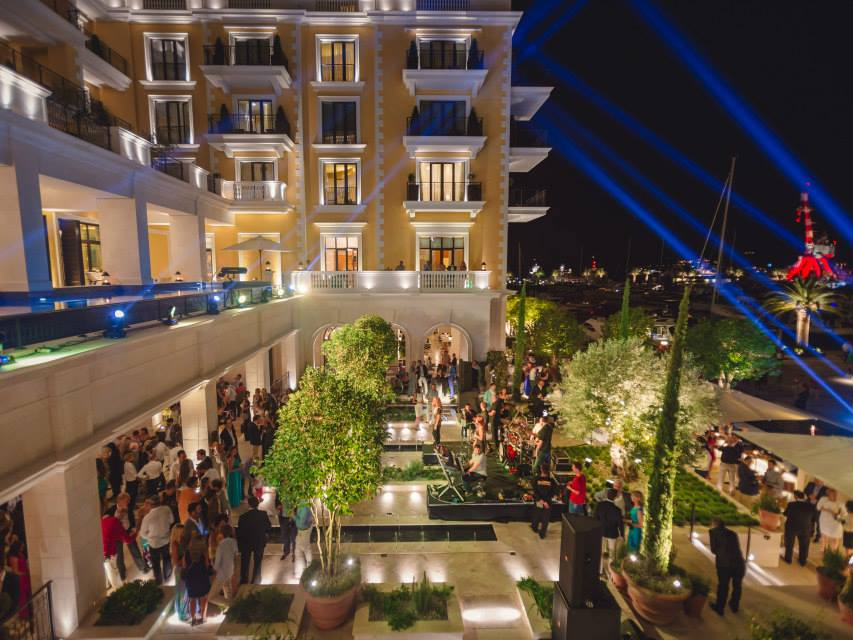 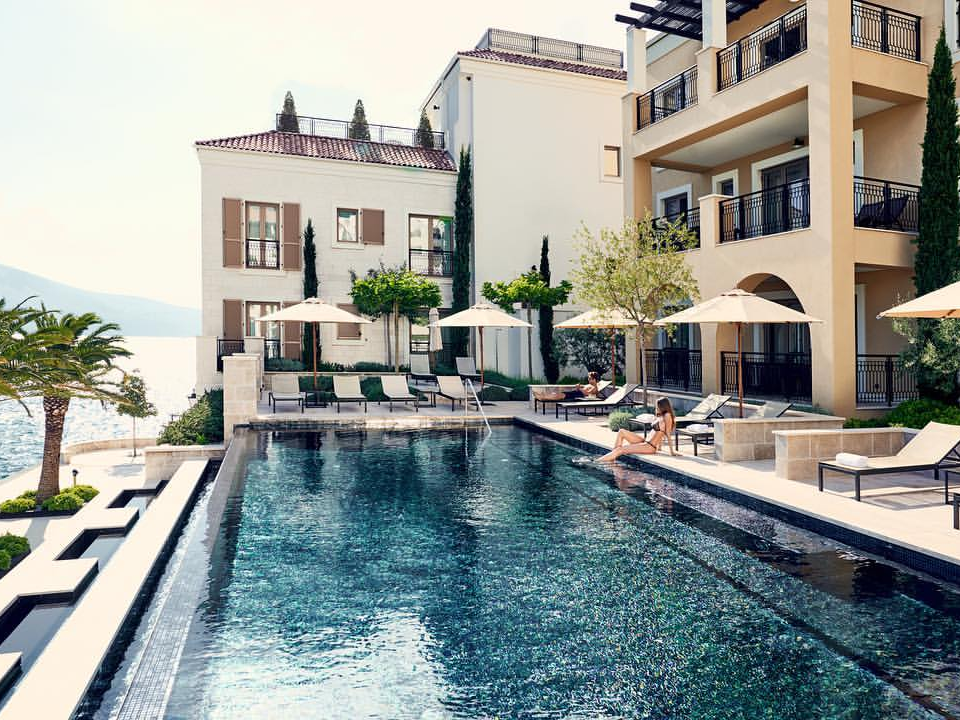 A three-bedroom in the Regent Residences is listed for €2.5 million, or about $US3 million.

Buyers of these luxury residences get membership to the Owners Club and the Yacht Club, which offer access to a sports club, a fitness centre, a tennis club, a 64-metre outdoor swimming pool, a private member’s lounge, a nightclub, and restaurant.

Porto Montenegro even has an international school for its permanent residents.

Following in Porto Montenegro’s footsteps is Lustica Bay, a megadevelopment that has cost more than $US1 billion, making it the largest tourist investment in the history of Montenegro. 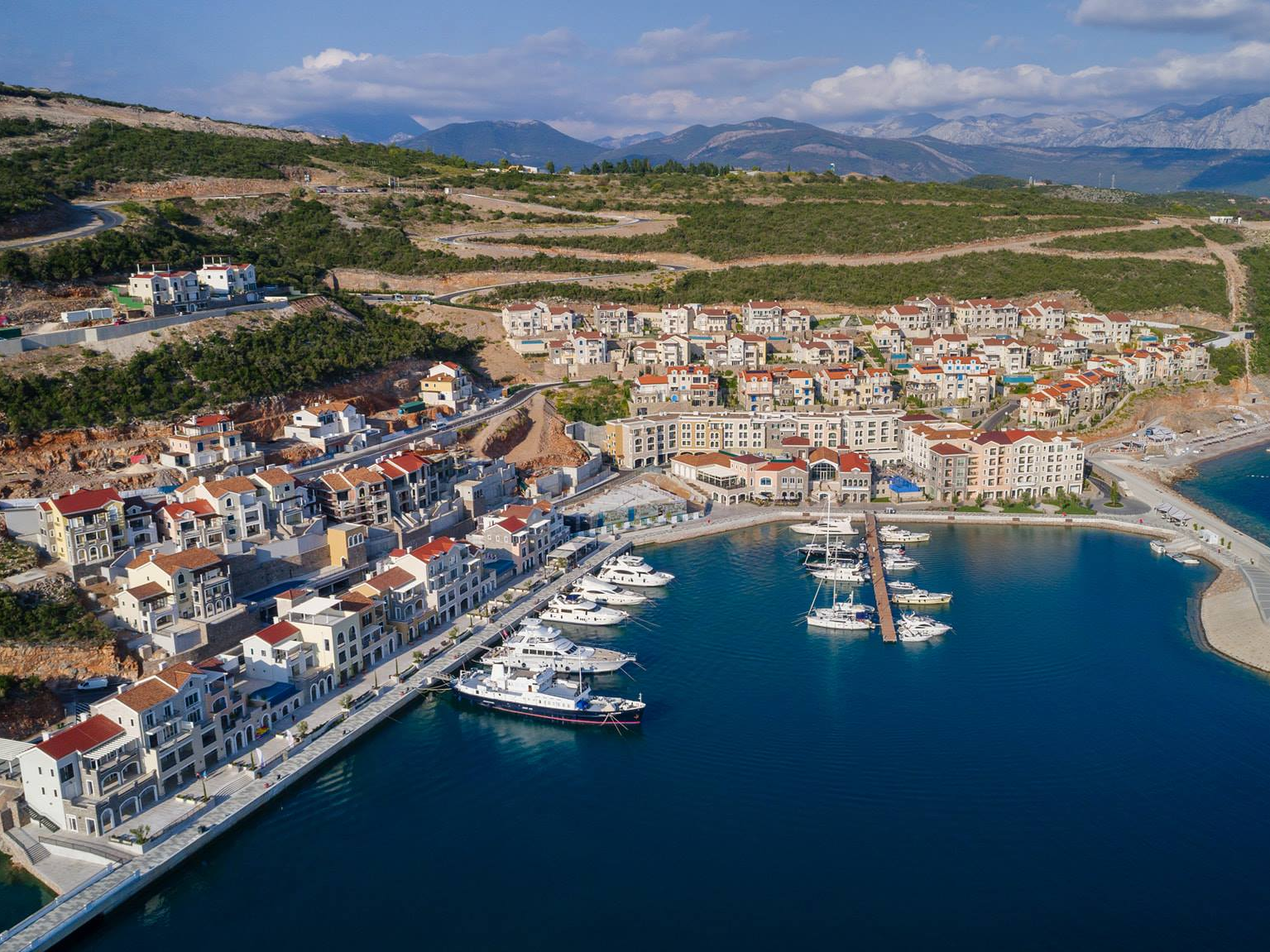 It will eventually include seven luxury hotels, two marinas, a new village, and a golf course.

In February the project was awarded the Best European Property Development award at the Luxury Network International Awards in Dubai.

“As with its predecessor, Porto Montenegro, Lustica Bay is slowly raising the profile of Montenegro on the global luxury tourism map,” Paul Bradbury wrote in Total Montenegro News.

The site will have shops, restaurants, cafés, sporting facilities, and even schools and medical centres. Essentially, Ludica Bay will be an entirely new town.

The Chedi Lustica Bay, which sits on the main marina promenade, was the first five-star hotel to open at Lustica Bay in 2018. 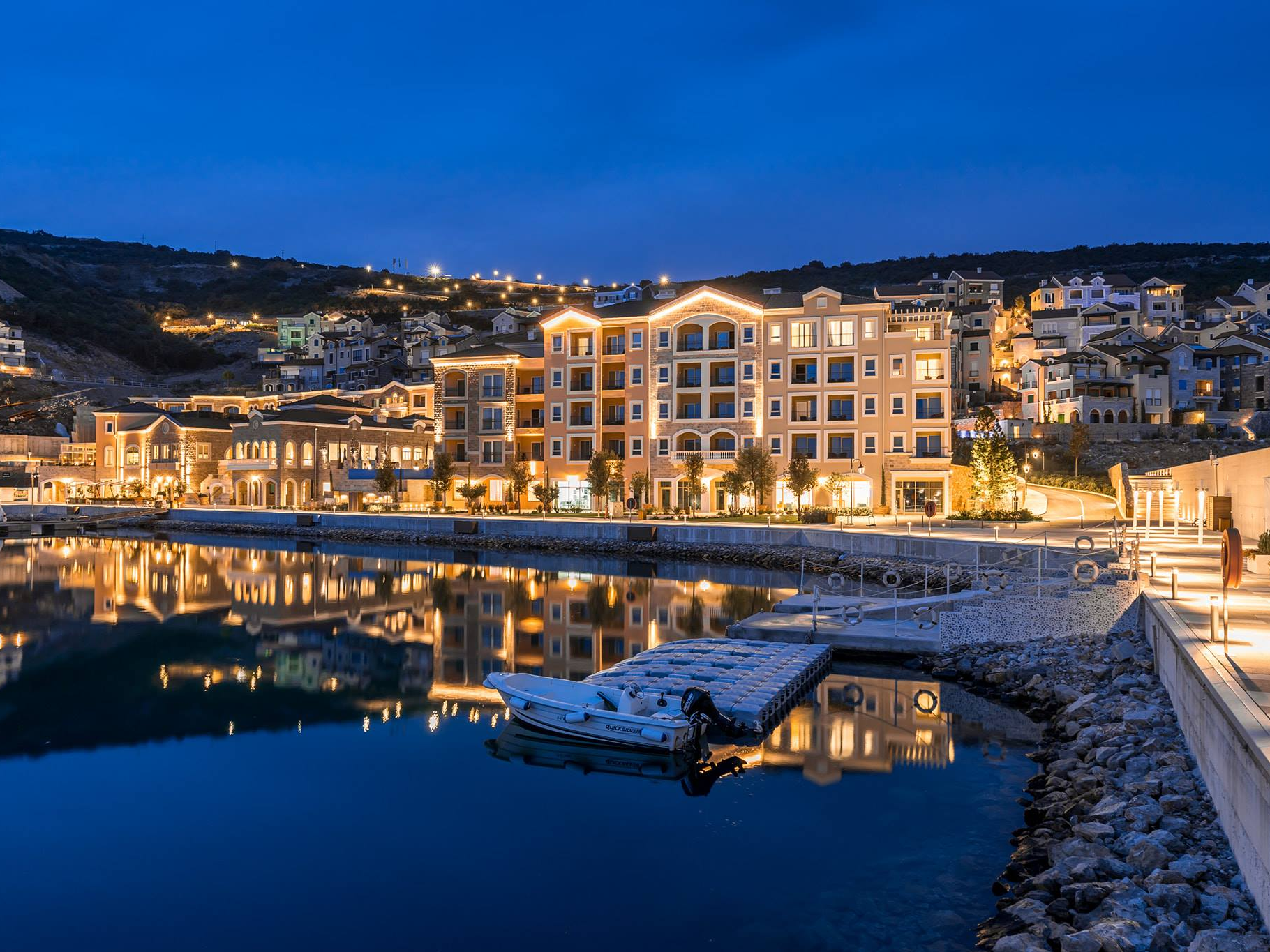 The website describes the hotel as “a private enclave” within Lustica Bay, which offers “a wealth of world-class residential and lifestyle facilities” and will be “a new Montenegrin coastal haven offering peace, healthy living and modern luxury for those who seek life as it should be.”

Nightly rates start at about $US245.

In addition to the luxury hotels, Lustica Bay will have townhouses, villas, condos, and apartments. 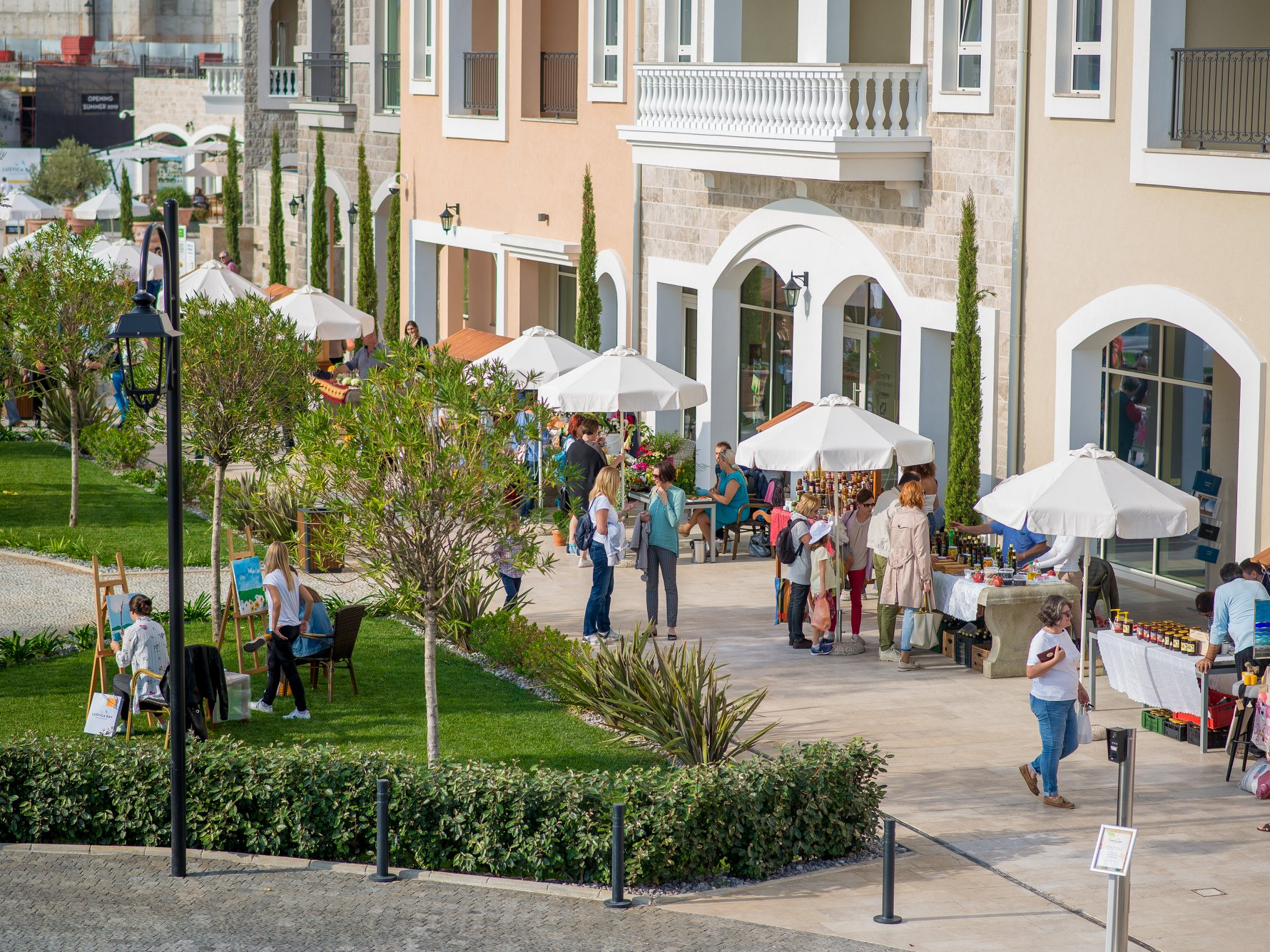 Lustica Bay touts Montenegro’s tax system as “one of the most attractive in Europe,” with a “flat-rate income tax and a corporate income tax rate set at 9%.”

About 22 miles down the coast from Lustica Bay is Sveti Stefan, a luxurious island-hotel owned by the Aman Group that’s opened in 2011. Sveti Stefan, which was built on the existing foundation of a 16th-century village, was “the first signal of Montenegro’s revival on the high-end scene,” Hannah Roberts wrote for The Financial Times.

The restored stone buildings house 50 rooms, cottages, and suites, and nightly rates start at about $US1,400. 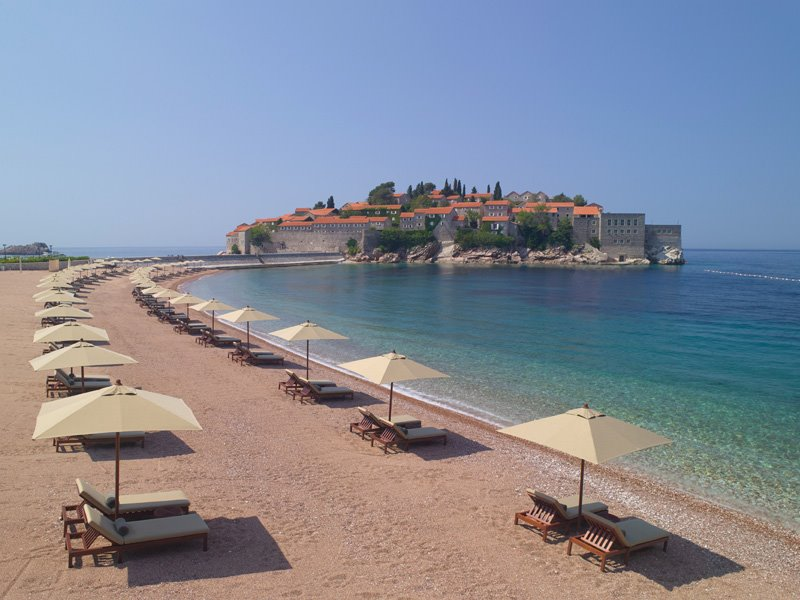 Montenegro’s real-estate prices are still low compared to Monaco and the French Riviera. For a little less than $US300,000, you can get a three-bedroom luxury condo with a terrace overlooking the sea, or a four-bedroom, three-story house in Budva for the same price.

Or for a little less than $US3 million, you can pic up a five-bedroom luxury villa with a pool and sauna and a terrace overlooking the sea.

But prices and demand are going up as foreign buyers take notice of Montenegro. Some of the country’s most prestigious addresses can be found on the island of Sveti Stefan, where you can get a five-bedroom luxury villa with five levels of living space, a two-car garage, a fitness centre, a sauna and pool, and a terrace, for about $US3.5 million.

Foreign buyers became increasingly interested in Montenegro after it joined NATO in 2017, started getting more direct flights from other destinations, and adopted the euro as its currency. 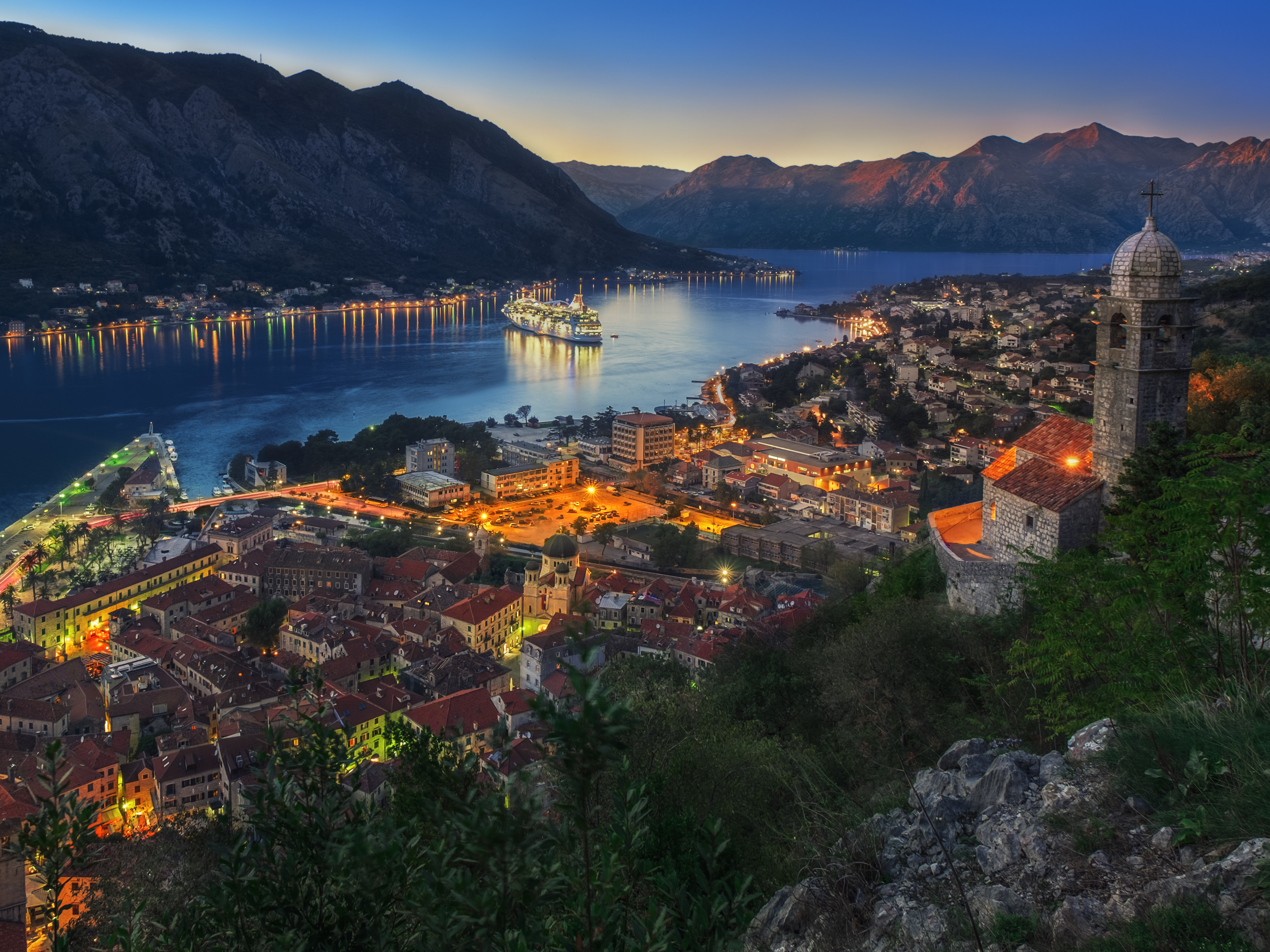 These international buyers have been attracted by new-construction homes “based on European standard expectations,” Leila Calic, director of Resido Montenegro, a real-estate agency and consultancy, told The New York Times in 2019.

“The market is more and more offering luxury properties, and at prices still attractive in comparison with the French coast, for example, or even Spain seaside locations,” Calic said.

The picturesque Bay of Kotor, with its dramatic cliffs and sparkling blue waters, is a particularly attractive location for foreign home buyers. 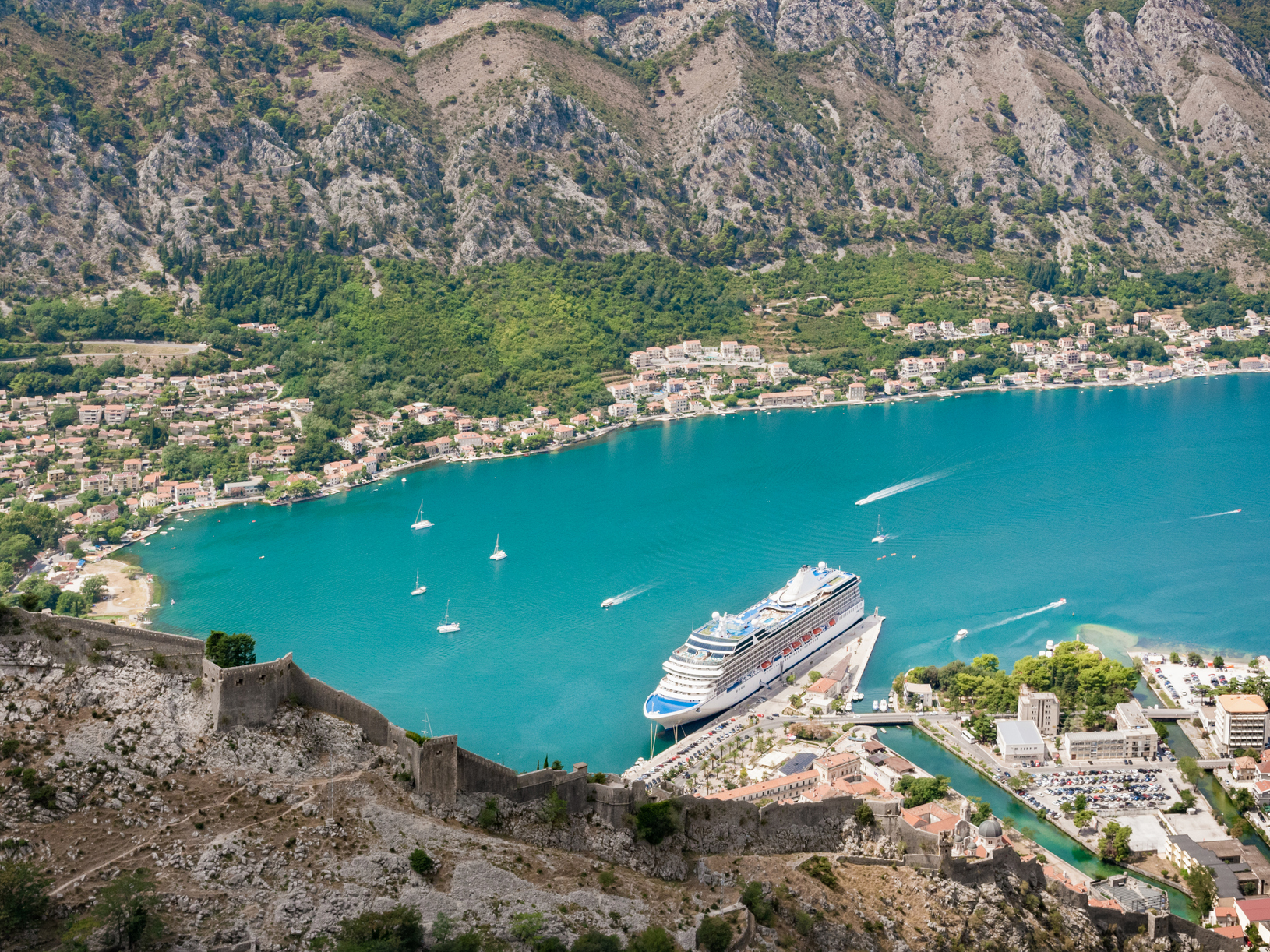 Local real-estate agents told The New York Times that between 80% and 90% of sales in Montenegro go to international buyers.

The charming ancient town of Kotor, a UNESCO World Heritage site, is popular with locals and tourists alike. Kotor’s Old Town is a maze of cobblestoned streets, churches, and café-filled squares. Kotor is one of the oldest towns on the Mediterranean sea.

“Budva’s got the beaches, and nearby Dubrovnik’s got the bling, but for romance, ambience and living history, this Old Town outflanks them all,” reads Kotor’s Lonely Planet guide.