17 things millionaires do differently from everyone else 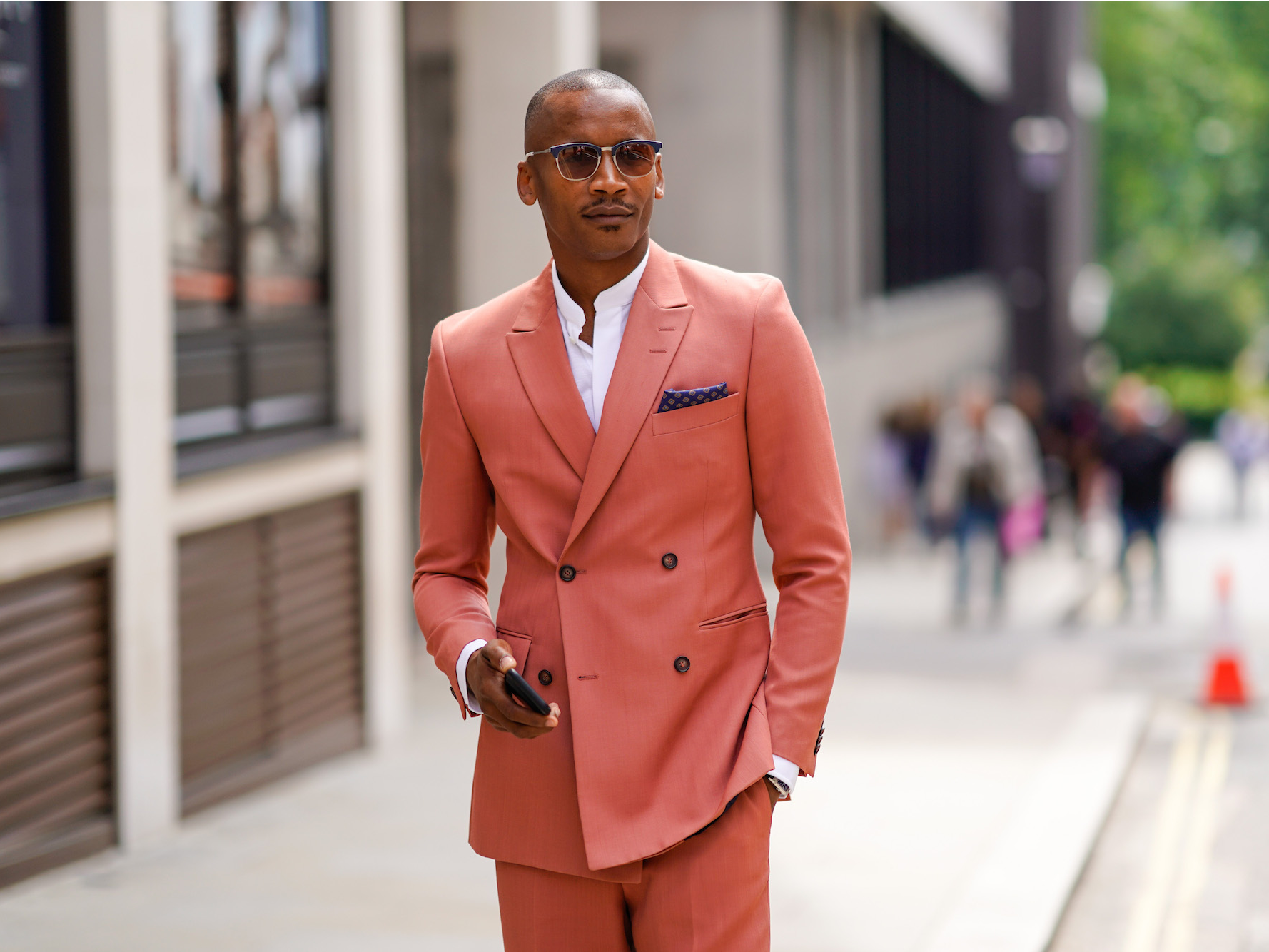 Edward Berthelot/Getty ImagesMillionaires don’t build wealth without standing out from the crowd.

Self-made millionaires didn’t get to the two-comma club without doing things a little differently from the rest.

Various researchers who studied hundreds of self-made millionaires for several years have found that many tend to practice different habits or display heightened traits that help them build wealth. Many millionaires, for example, allocate their time differently â€” they spend more time focusing on personal growth, planning for investments, and working, and less time sleeping.

They also gravitate toward similar wealth-building strategies, like saving as much as they can and bringing in multiple income streams. And when it comes to investing, millionaires love low-cost index funds and real estate. Millionaires also tend to be frugal, conscientious, and resilient â€” all traits that help amplify their wealth-building actions.

While some of the behaviours above may also ring true for non-millionaires, millionaires often exhibit them at a stronger level and with more consistency.

Here’s what sets millionaires apart from everyone else â€” besides a seven- to nine-figure net worth. 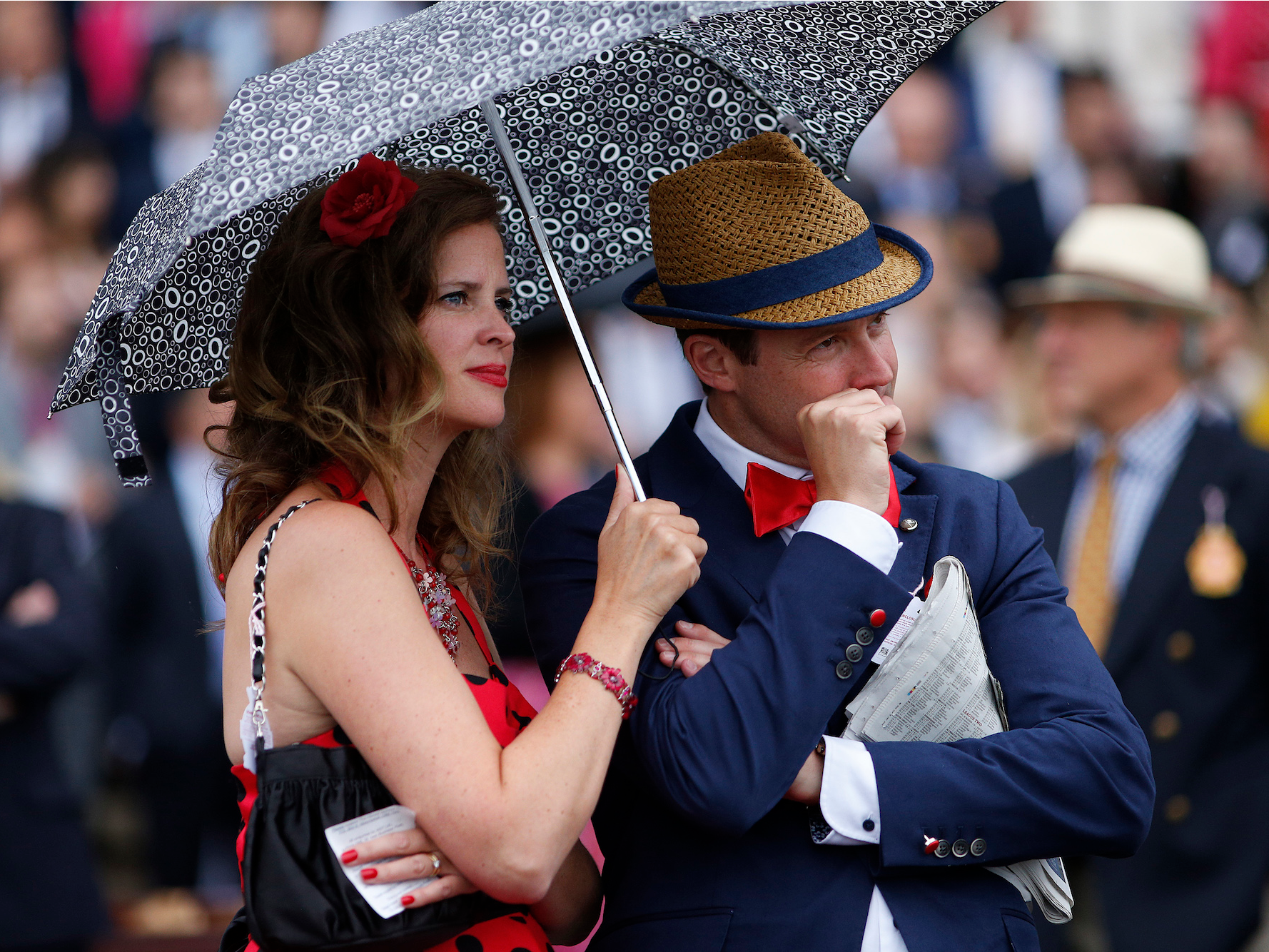 Frugality – a commitment to saving, spending less, and sticking to a budget – is one of the wealth factors that help millionaires build wealth, according to Sarah Stanley Fallaw, the director of research for the Affluent Market Institute and an author of “The Next Millionaire Next Door: Enduring Strategies for Building Wealth,” for which she surveyed more than 600 millionaires in America.

Many of the millionaires Stanley Fallaw interviewed stressed the freedom that comes with spending below their means.

They keep their housing costs low. 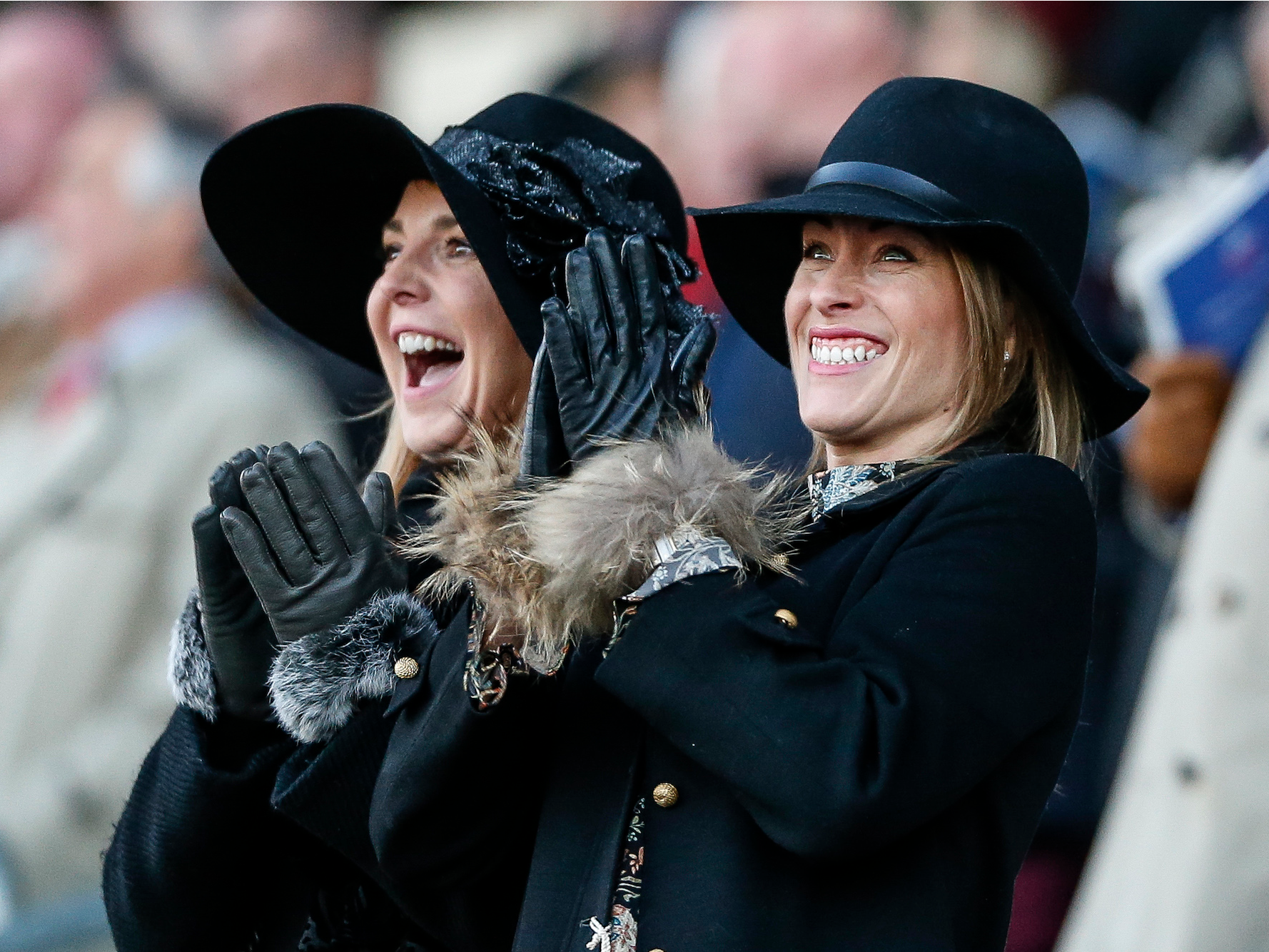 A prime example of frugality is that millionaires typically live in a home and neighbourhood they can easily afford, according to Stanley Fallaw.

She said that most of the millionaires she studied had never purchased a home that cost more than triple their annual income. The median home value for millionaires in her latest study was $US850,000 (3.4 times their current income), with a median original purchase price of $US465,000.

They save a lot of their income. Being frugal and living in an affordable home enables millionaires to save. They recognise that income isn’t enough – they have to save what they’re making.

John, who runs the personal-finance blog ESI Money and retired at 52 with a $US3 million net worth, has interviewed 100 millionaires over the past few years and found that the median millionaire spent $US90,000 a year while earning $US250,000 in income – a 64% savings rate. Saving it, he said, allows for investment.

While this savings rate might be slightly off because of things like not counting taxes as spending, the main takeaway, he said, is that millionaires “save a large portion of their income.” 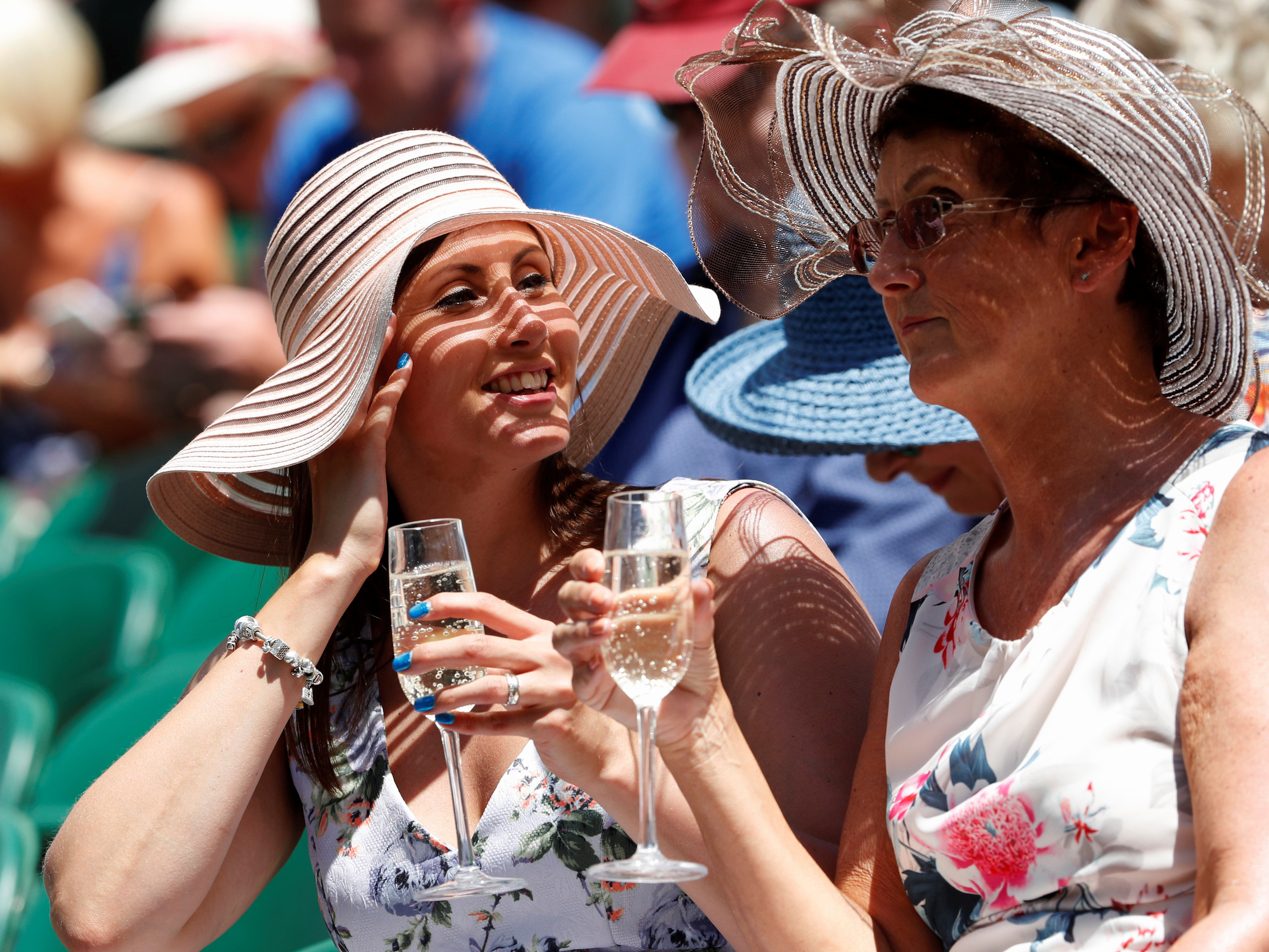 But millionaires are able to be frugal and save without budgeting. Many of the millionaires John spoke with said they didn’t have a budget.

“While it was not expected, the reasons millionaires don’t need a budget makes sense – they make a lot and have self-control,” he wrote in a blog post. “In other words, they make a ton, spend only a portion of it, and have plenty left over. Who needs a budget?”

He added: “A budget is great for the early phases of a financial plan, but if you can grow your income and develop self-discipline not to spend, it’s not vital to your success later on.”

They take on a side hustle. 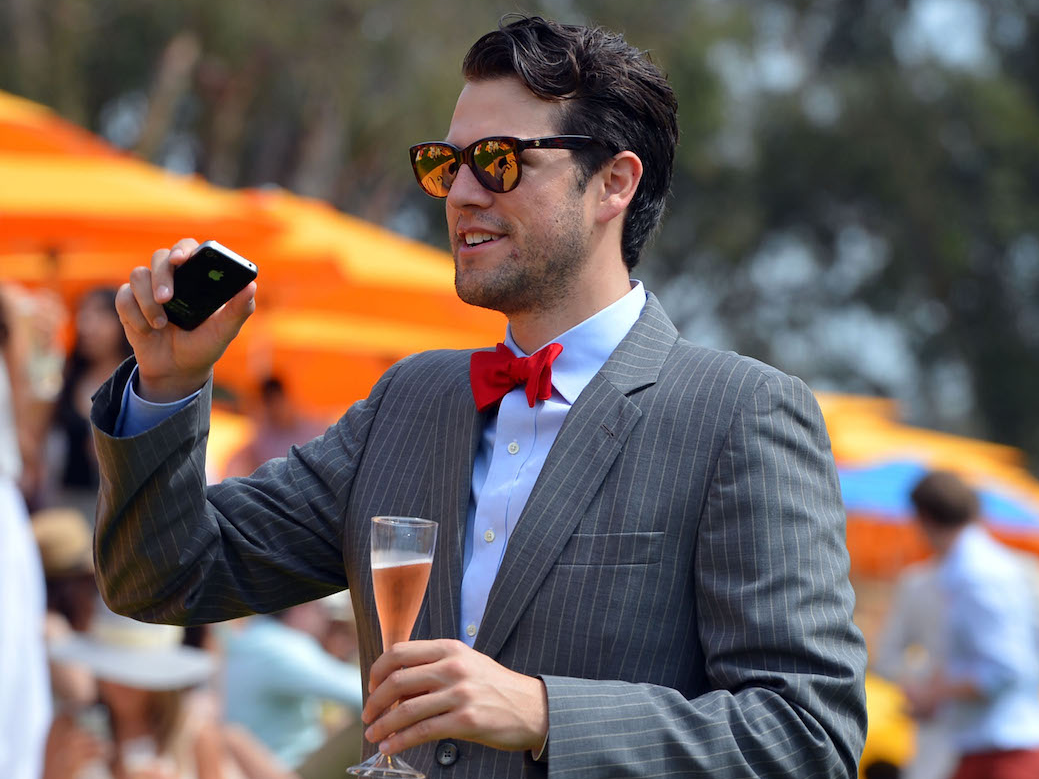 Many millionaires favour moonlighting, or taking on a side hustle, according to Stanley Fallaw, who said it’s a good way to explore options while remaining employed full time.

“Those who are able to create multiple opportunities to generate revenue, who can translate hobbies into income-producing activities, will be successful at becoming millionaires next door in the future,” she added.

John also found that millionaires develop multiple streams of income, enabling them to grow their net worth exponentially, he said.

They invest in real estate. 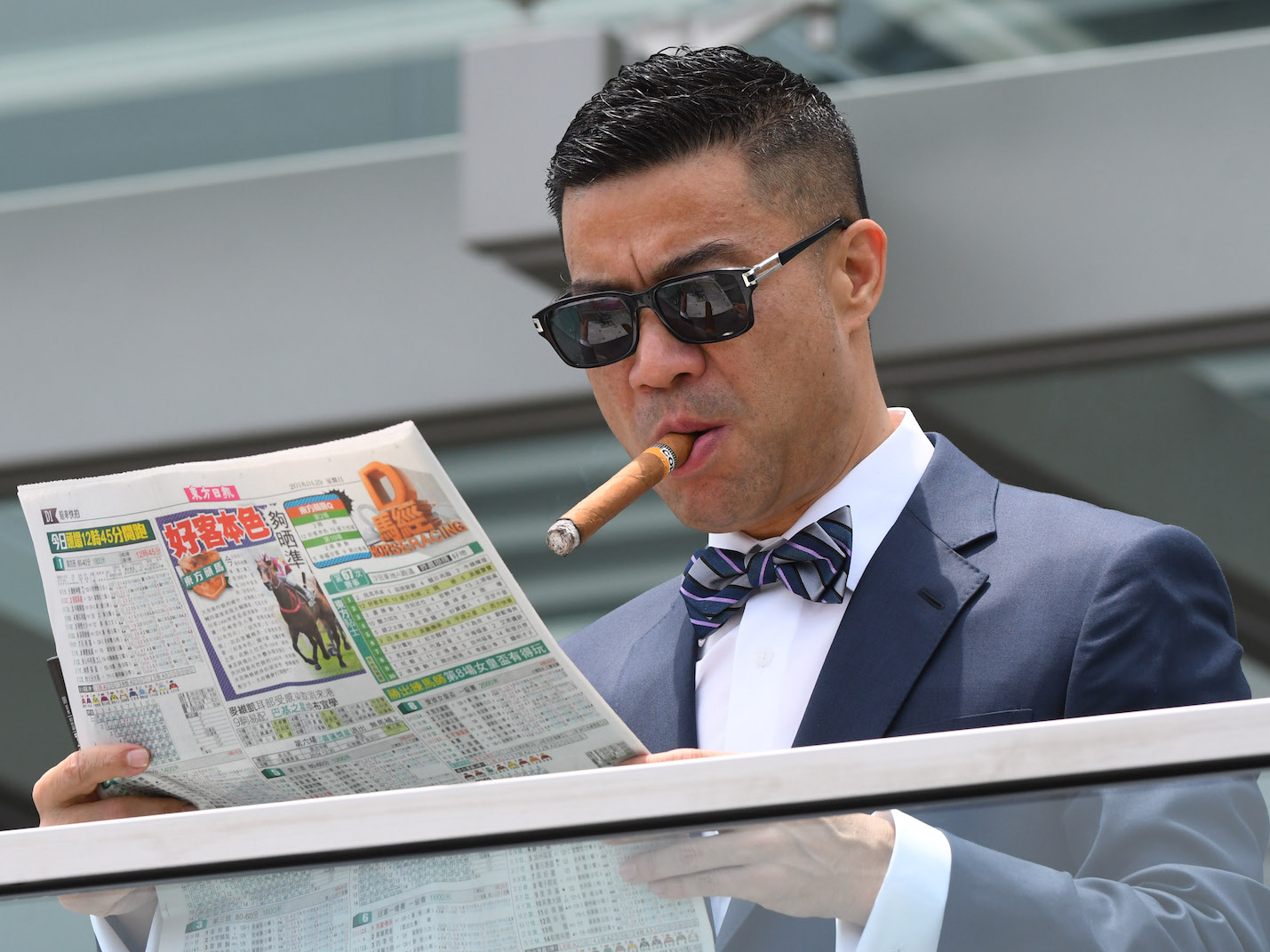 One side hustle they’re prone to taking on once they have built wealth is investing in real estate, according to John.

“Investing in real estate seems like a natural result once the basics are covered and excess cash is generated,” he wrote.

According to Dana Bull, a real-estate investor, the financial advantages of investing in real estate are plentiful: positive cash flow, appreciation in terms of housing values, leverage, and tax advantages.

They invest in low-cost index funds. 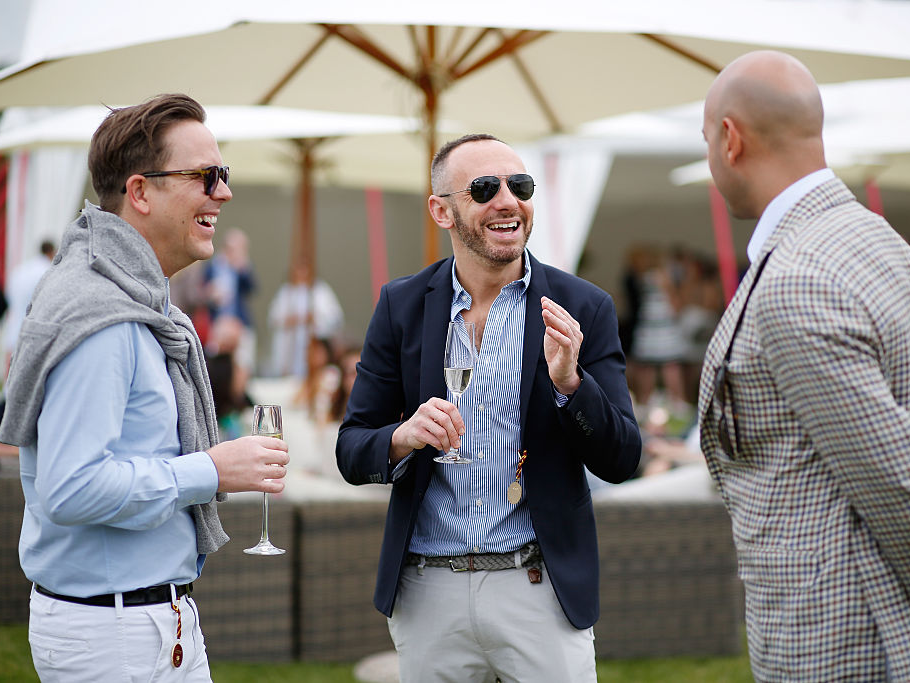 According to John, millionaires also tend to use the same simple investing strategy: investing in low-cost index funds.

“The high returns and low costs of stock index funds (I personally prefer Vanguard as do many millionaires) are the foundation that many a millionaire’s wealth is built upon,”he wrote.

Experts agree that investing in index funds is a winning strategy when playing the stock market for two reasons: They’re broadly diversified, eliminating the risk of picking individual stocks, and they’re low-cost. Even Warren Buffett champions the strategy.

They spend more time studying and planning for investments. 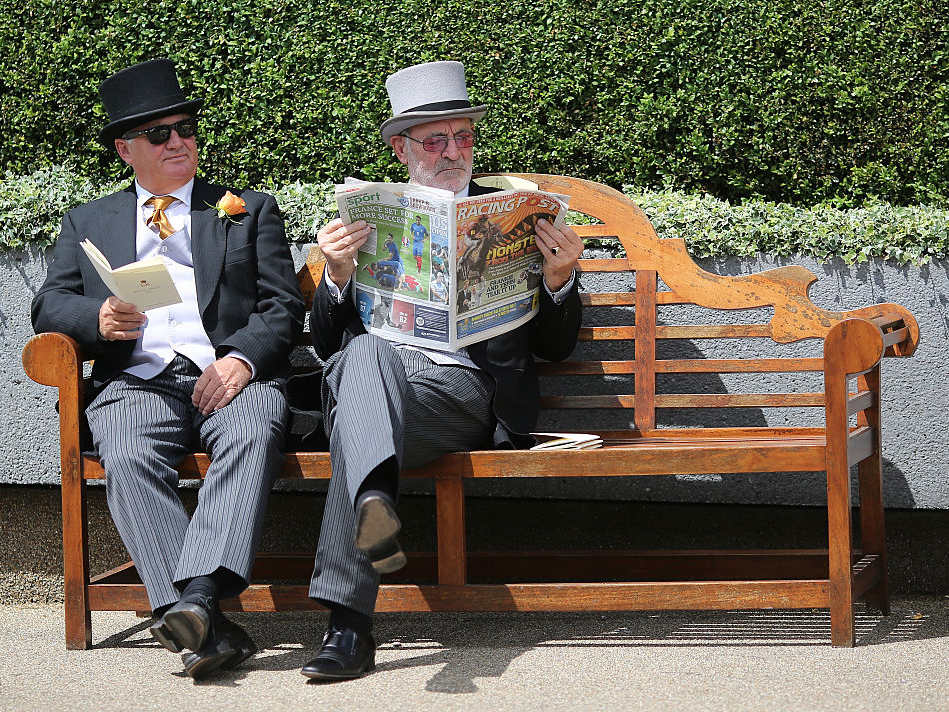 Millionaires’ preferred investing strategies might be fuelled by their research. Millionaire investors spend more time – an average of 10.5 hours a month – planning for investments, according to Stanley Fallaw.

That’s nearly two hours more than under-accumulators of wealth, defined as those with a net worth less than one-half of their expected net worth based on age and earnings, who spend 8.7 hours a month doing so.

“Their literacy in financial matters means that they are more tolerant of taking investment-related risks,” Stanley Fallaw wrote. “Future outlook and financial knowledge typically relate to taking greater financial risk, so the time they spend in managing and researching investments helps in decision-making.” 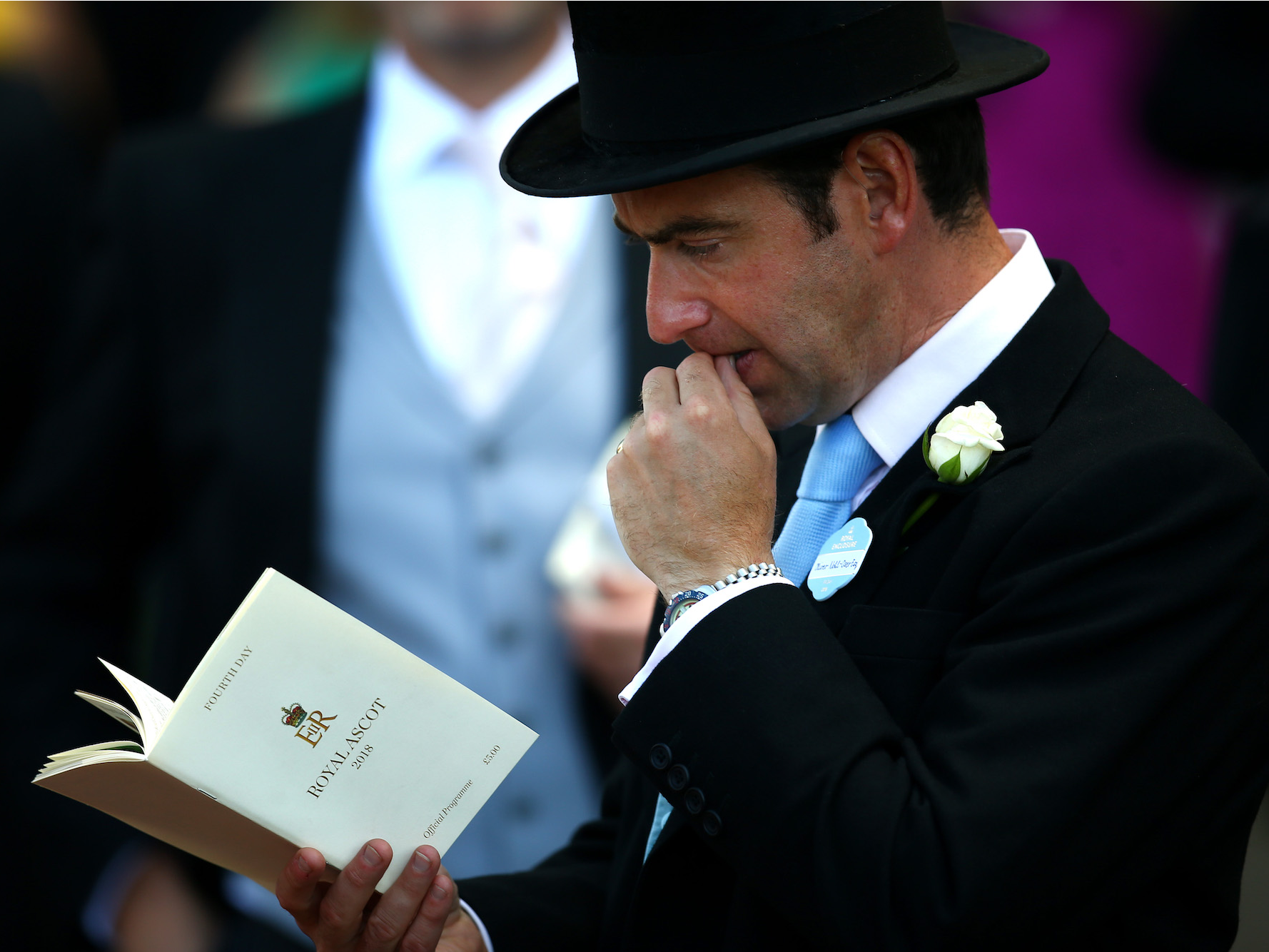 Millionaires also spend more time focusing on personal growth. They spend roughly 5 1/2 hours a week reading for pleasure and nearly six hours a week exercising, while the average American spends two hours and 2 1/2 hours on those activities, according to Stanley Fallaw’s research.

“Successful individuals are keenly aware of how they spend their resources, including their emotional and cognitive resources,” Stanley Fallaw wrote.

Similarly, Thomas C. Corley, the author of “Change Your Habits, Change Your Life,” spent five years researching the daily habits of 177 self-made millionaires and found they devoted at least 30 minutes every day each to exercising and reading. Millionaires tend to read three types of books, he said: biographies of successful people, self-help or personal development, and history.

They sleep less and work more. 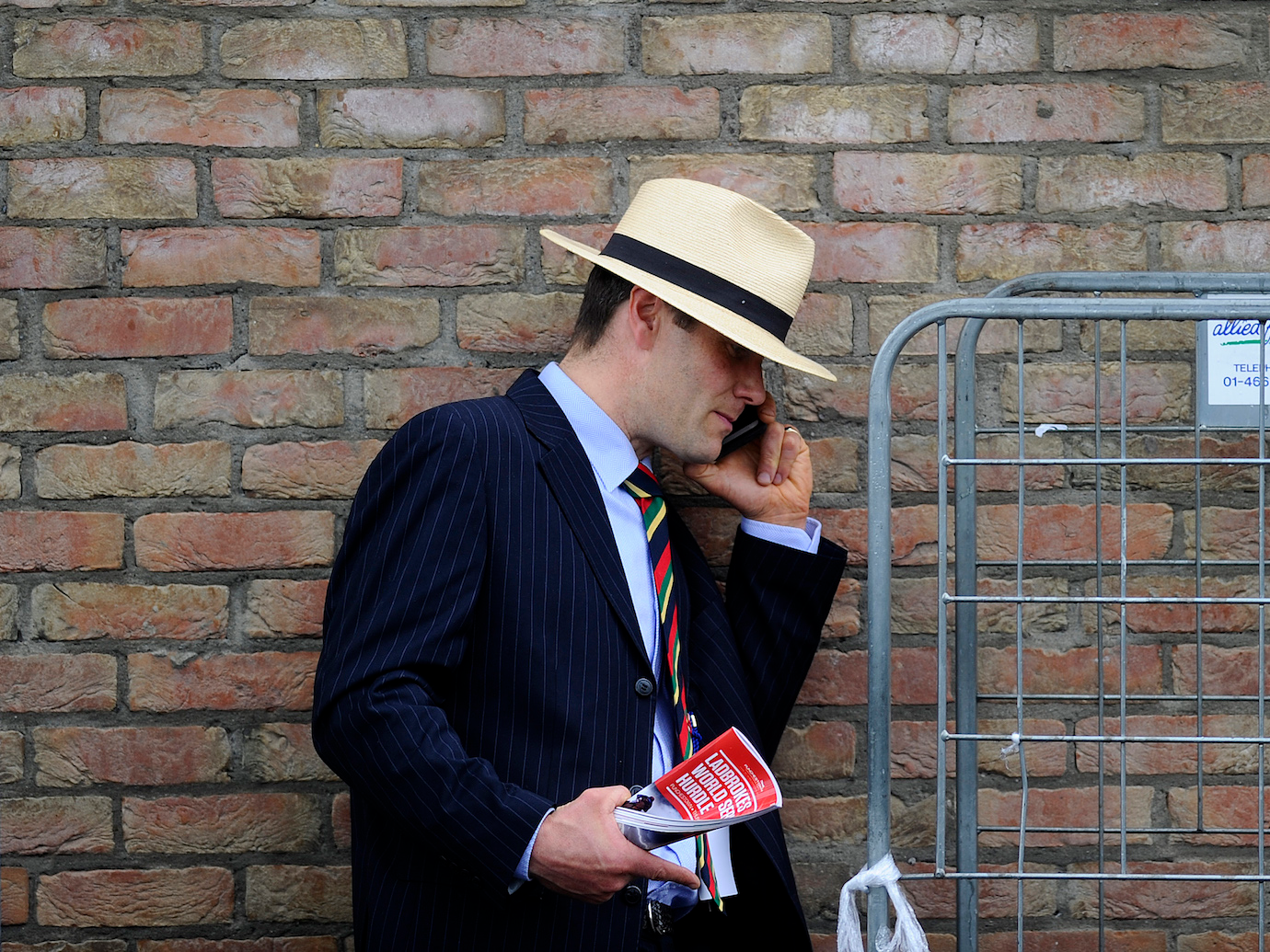 But millionaires make a few sacrifices to make the most of their time. They sleep nearly eight hours less a week and work six hours more a week than the average American, according to Stanley Fallaw.

That might be because many wake up at least three hours before their workday actually begins – a strategy to deal with inevitable daily disruptions, according to Corley’s findings.

“Getting up at five in the morning to tackle the top three things you want to accomplish in your day allows you to regain control of your life,” Corley wrote. “It gives you a sense of confidence that you, indeed, direct your life.” Corley also found that self-made millionaires are thinkers. The rich tend to think in isolation, in the mornings, and for at least 15 minutes every day, he said.

“Thinking is key to their success,” he wrote. “They spent time every day brainstorming with themselves about numerous things.”

He said they asked questions such as “What can I do to make more money?” “Does my job make me happy?” “Am I exercising enough?” and “What other charities can I get involved in?” 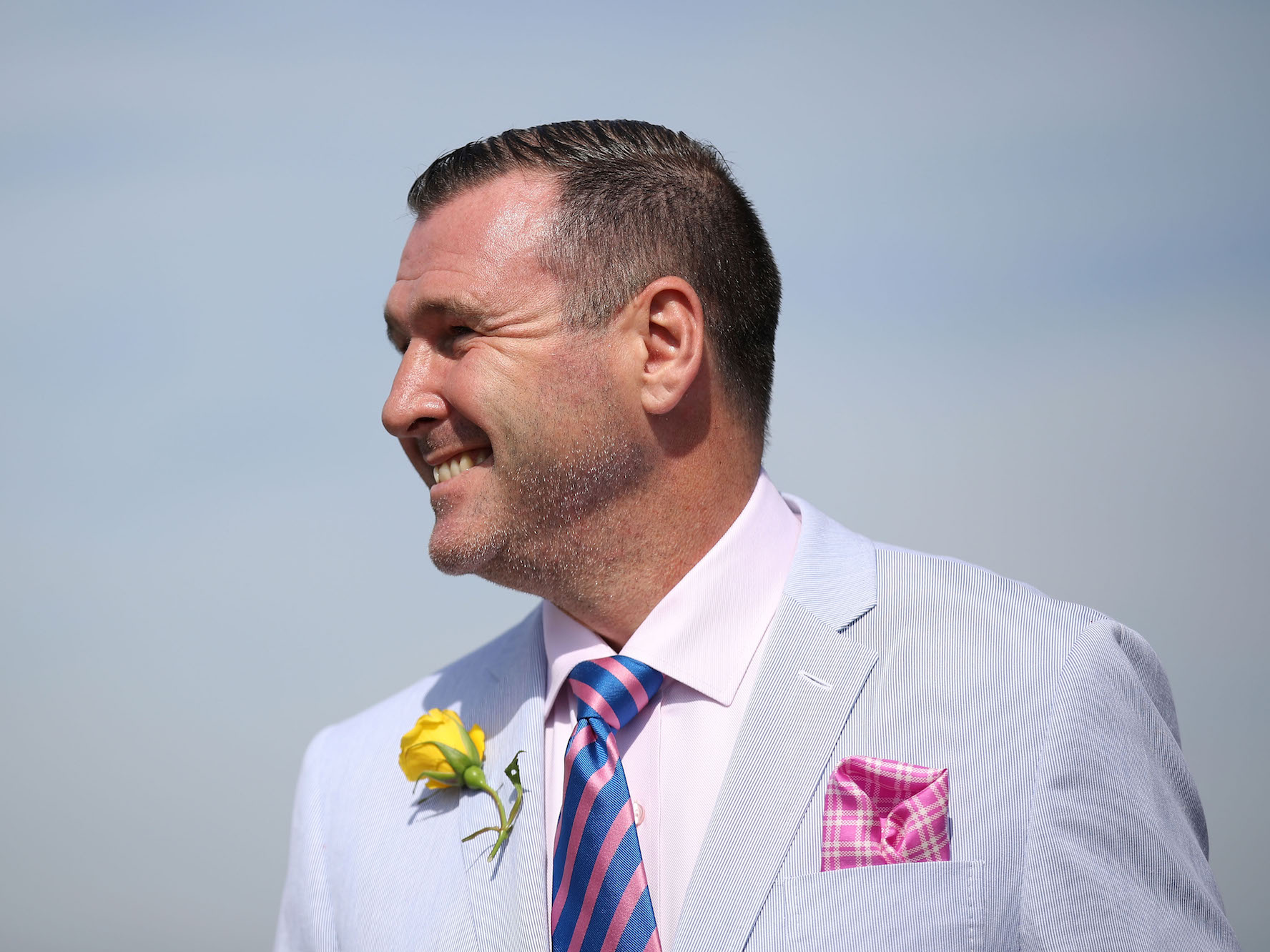 “We so desire to blend in, to acclimate to society, to be a part of the herd, that we will do almost anything to avoid standing out in a crowd,” Corley wrote. Failure to separate yourself from the herd, he said, is why most people never achieve success.

Instead, successful people create their own new herd, he said.

“You want to separate yourself from the herd, create your own herd, and then get others to join it.”

They ask for feedback. 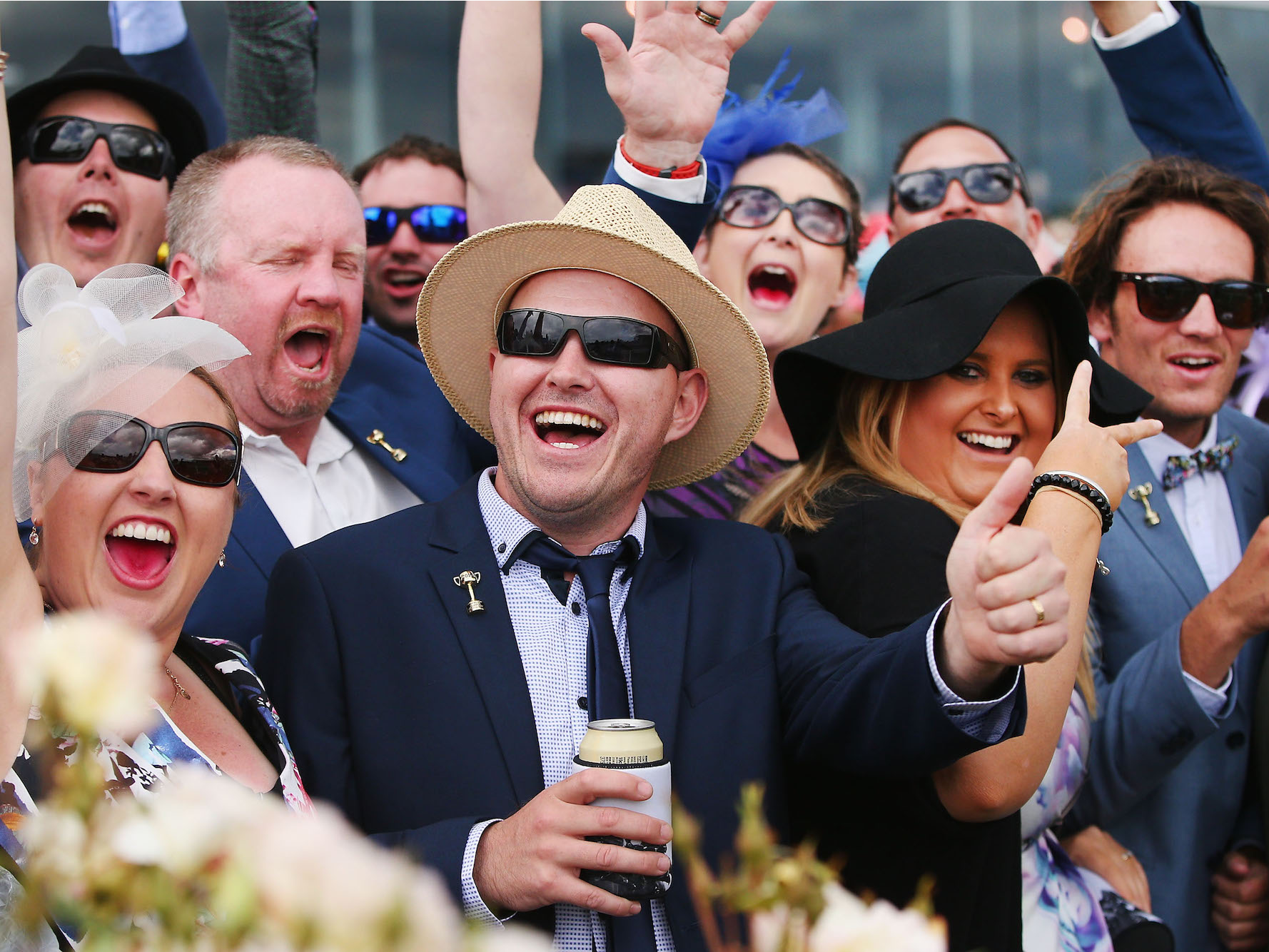 Millionaires seek feedback to help improve themselves, according to Corley.

“Fear of criticism is the reason we do not seek feedback from others,” he wrote. “But feedback is essential to learning what is working and what isn’t working. Feedback helps you understand if you are on the right track. Feedback criticism, good or bad, is a crucial element for learning and growth.”

It allows millionaires to change course and experiment with a new career or business, Corley said. “Feedback provides you with the information you will need in order to succeed in any venture.”

They’re resilient, and they persevere. 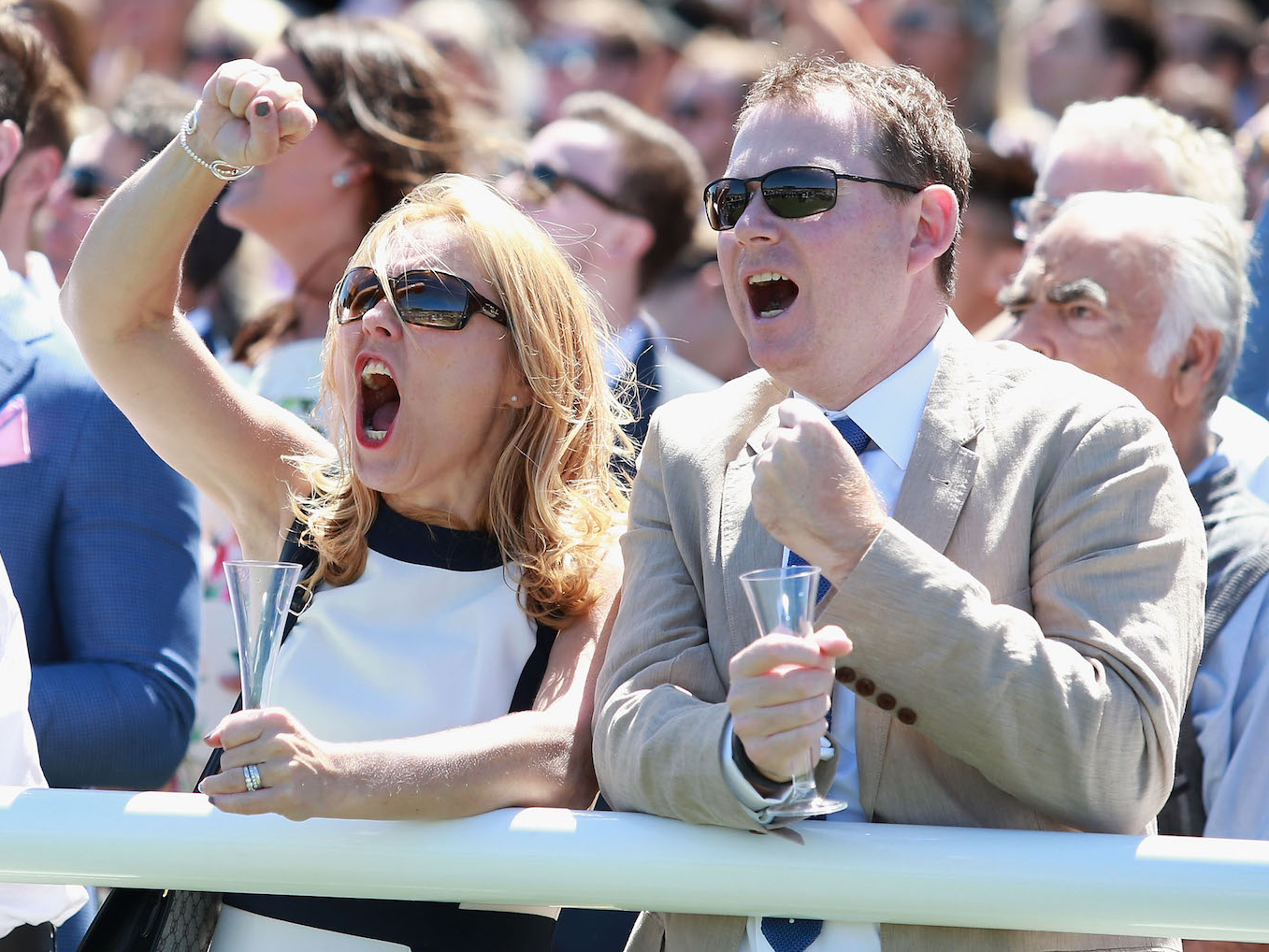 According to Stanley Fallaw, self-made millionaires use resiliency and perseverance – characteristics of early retirees and entrepreneurs – to build wealth.

“To build wealth, to build one’s own business, to ignore critics and media and neighbours, you must have the resolve to keep pursuing your goals past rejection and pain,” she wrote.

She added: “Millionaires and other economically successful Americans who pursue self-employment, decide to climb the corporate ladder, or strive to create a financial independence lifestyle early do so by perpetually pushing on.” 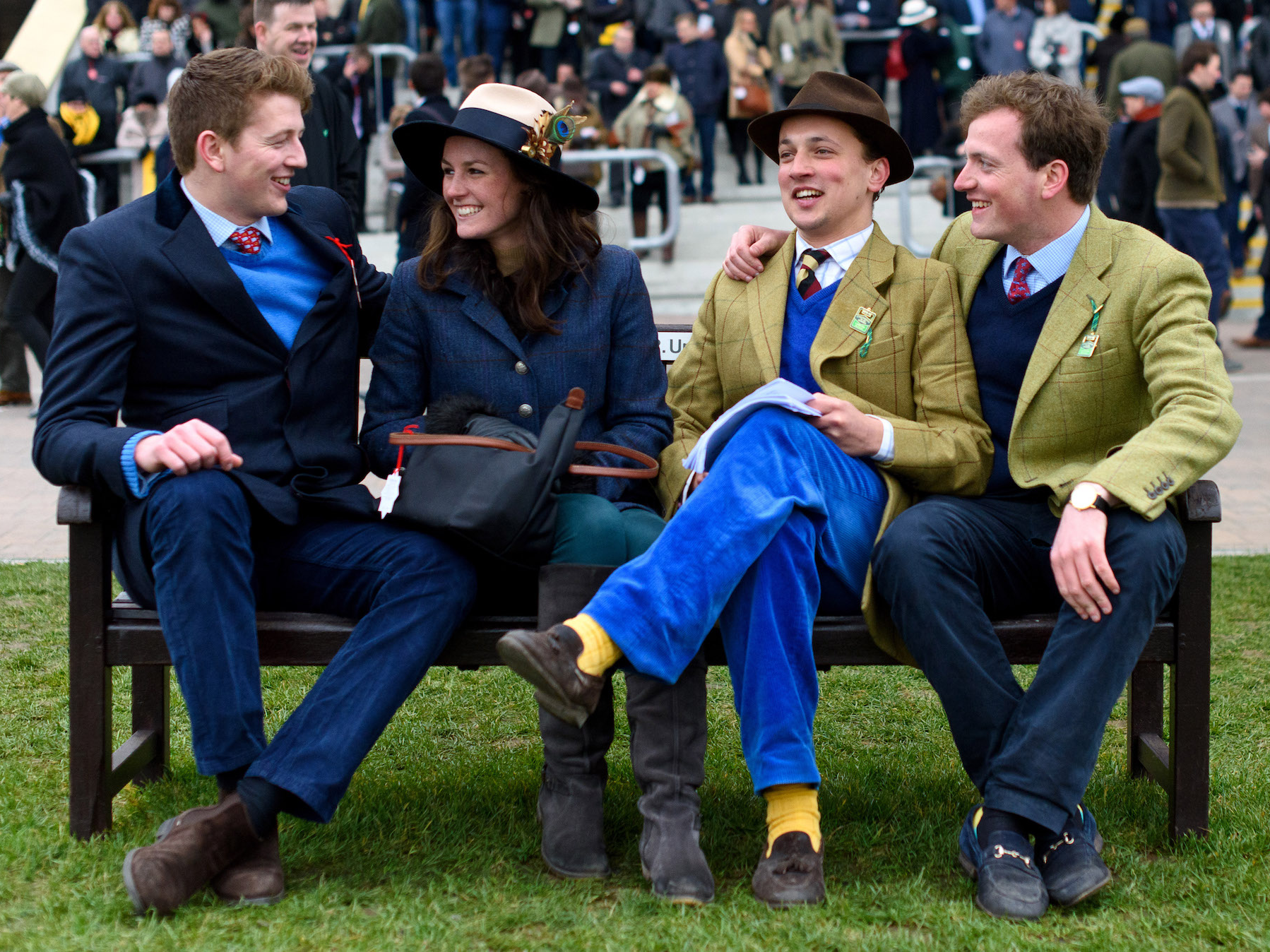 But millionaires can’t build wealth without the help of others.

Chris Hogan, the author of “Everyday Millionaires: How Ordinary People Built Extraordinary Wealth – and How You Can Too,” studied 10,000 American millionaires – defined as those with a net worth of at least $US1 million – for seven months and found they achieved their seven-figure status with four key relationships: a coach, a mentor, a cheerleader, and a friend.

Corley emphasised the importance of having a mentor in particular.

“Finding a mentor puts you on the fast track to wealth accumulation,” he wrote. 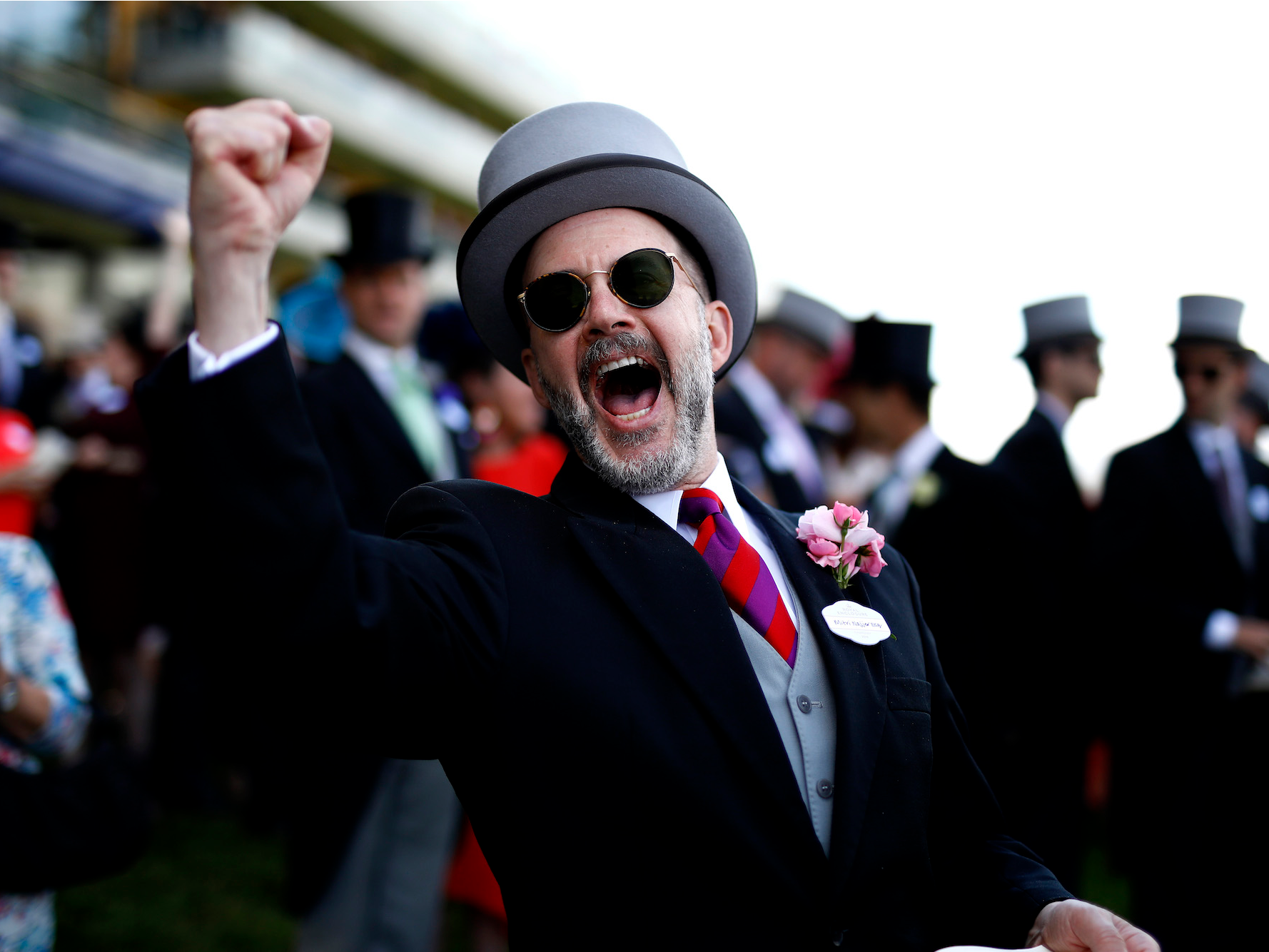 Millionaires take personal responsibility, practice intentionality, are goal-oriented, and work hard, according to Hogan. While those are qualities of many people, regardless of net worth, millionaires recognise that these traits can’t work together without consistency, he said.

“You can take responsibility, you can be intentional, you can set goals, and you can work hard,” he wrote. “But, if you don’t do these things repeatedly – year after year, decade after decade – then you’ll never get the results you want.”

Millionaires, he added, “know from experience that wealth-building is a long-term frame, and they have seen that sticking to the plan over decades leads to millions at retirement.” 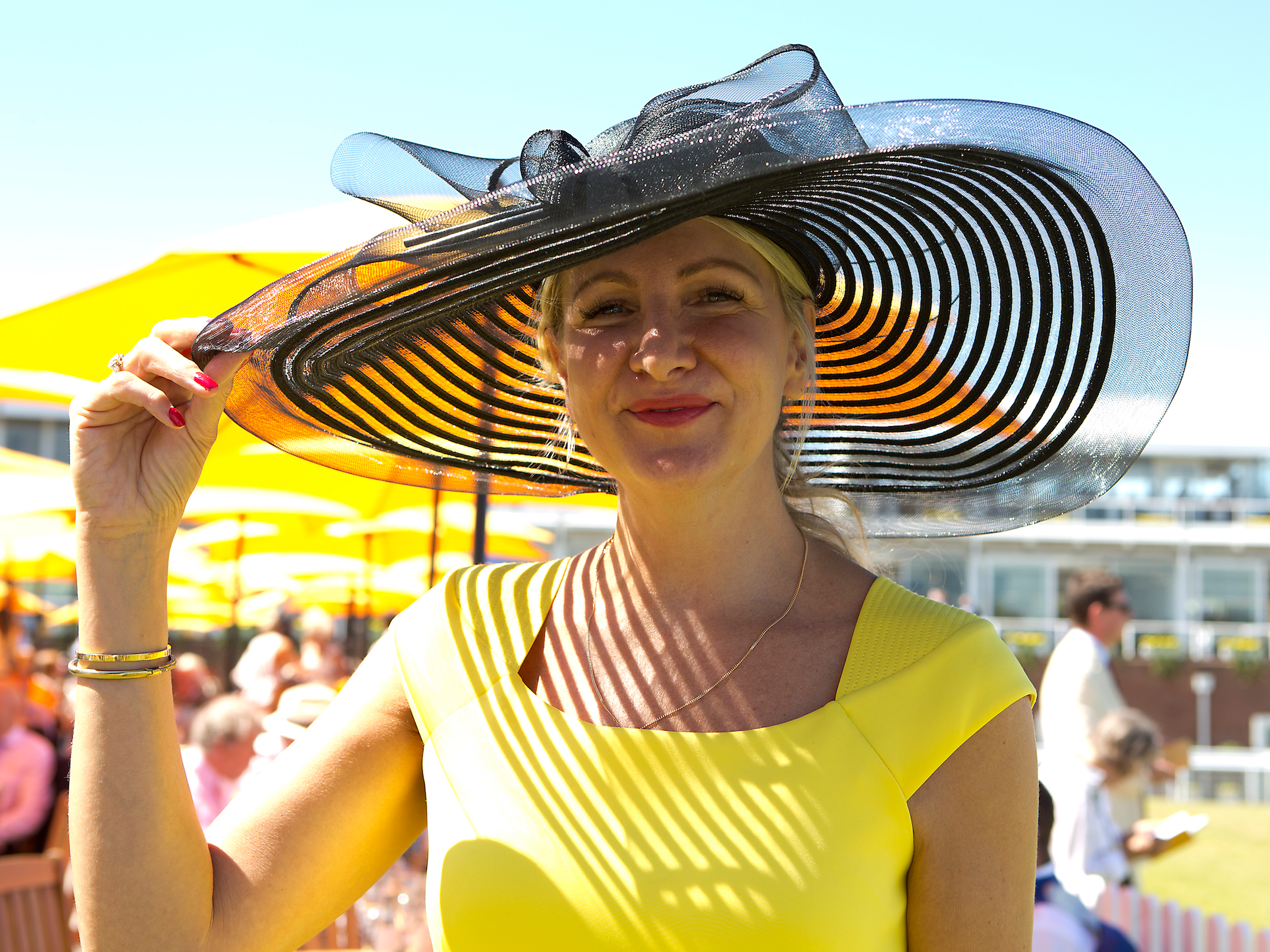 Most millionaires’ traits and habits tie into conscientiousness, which has a strong correlation to net worth, according to Stanley Fallaw.

“Many of the behavioural components that impact net worth, regardless of how old we are or our income levels, including frugality, planning, and responsibility, tie into this personality characteristic, and help us understand why it is so critical in the creation and maintenance of wealth over time,” she wrote.

Similarly, Jude Miller Burke studied 200 self-made millionaires for three years and found that they tended to be conscientious and displayed the trait at a higher level than less successful people.