Millennials are snapping up homes before they even see them, and it's the latest way they're bringing house hunting online 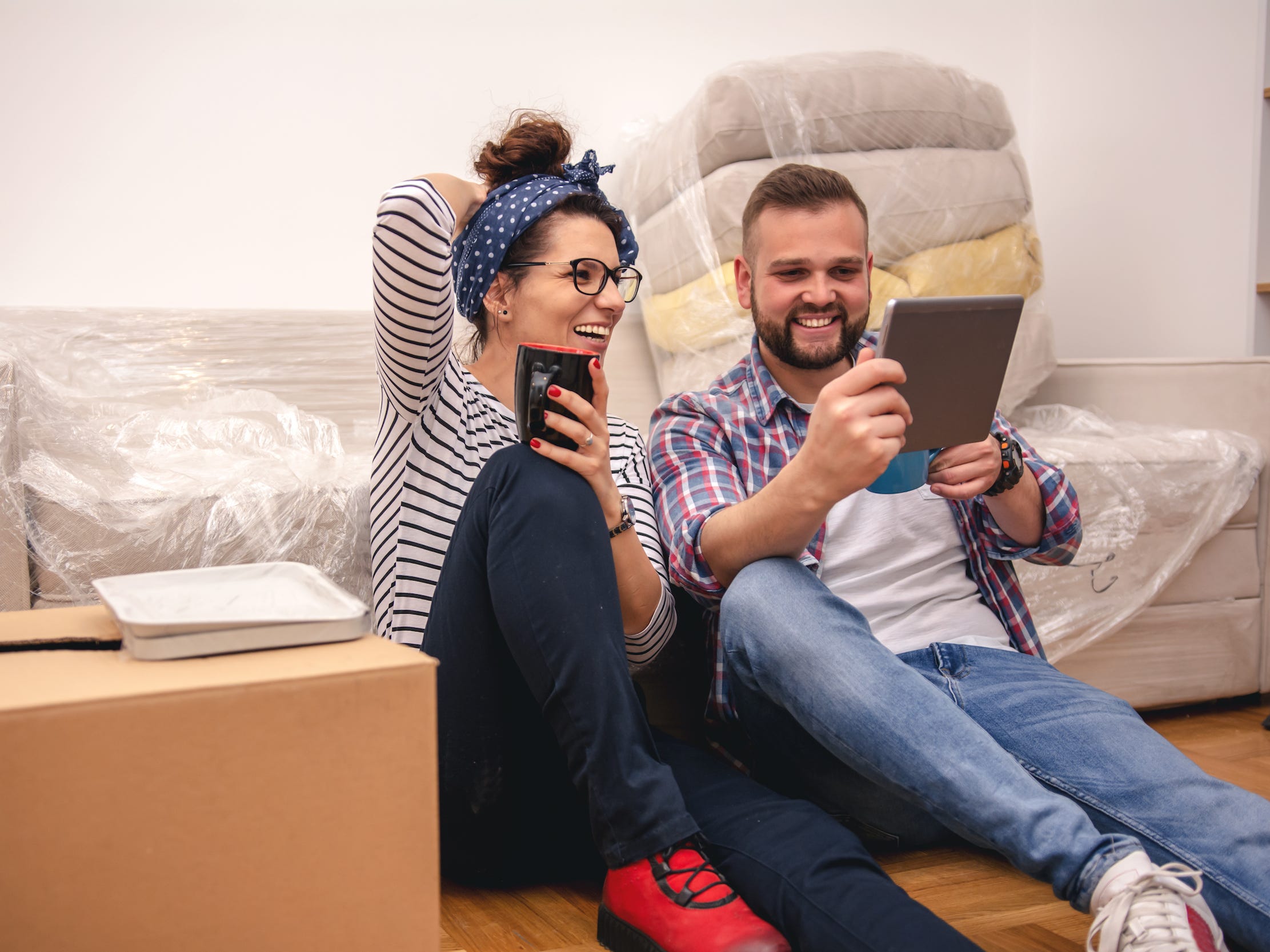 Some millennials are finally making the leap into homeownership – and many are doing so without first seeing houses in person.

These first-time homebuyers are increasingly making offers on houses they’ve shopped for online, reported The New York Times’s Debra Kamin. The trend is the result of a combination of factors, Kamin wrote: It’s socially distanced, an easier and less time consuming process for those buying a house in an area they’re not currently residing in, and a way to move swiftly in a cutthroat period when houses are flying off the market.

House hunting online is also second nature for a generation who grew up with the internet.

“Millennials are a more digitally savvy generation,” Sarah Pierce, head of operations at Better Mortgage, told Kamin. “When they come to us, they’ve looked on Zillow for a home, they’ve Googled mortgage rates. They’re not going down to their local mom-and-pop shop for a loan on Main Street.”

In a recent survey by Clever Real Estate, 44% of millennials said they would buy a home based on listing photos alone. And nearly 80% said they could be persuaded to buy a home sight unseen under certain conditions, like if it was a newly constructed home or if they had someone to look at the house on their behalf.

Both Zillow and Redfin told Kamin that they’ve seen traffic uptick exponentially to the 3D tours on their websites during the pandemic. Likewise, Rocket Mortgage, QuickenLoans, and loanDepot also told Kamin they’ve seen a surge in traffic as buyers turn to the internet to complete the homebuying process, from applying for loans to finalizing deals.

Millennials have been putting bids on fixer uppers featured in Instagram account Cheap Old Houses, which highlights historic homes that cost no more than $US100,000 ($126,354) to buy, reported The New York Post’s Shayne Benowitz back in August. These “old houses” are typically found in smaller towns that have become enticing in the age of coronavirus and remote work.

When Insider’s Libertina Brandt interviewed the Cheap Old Houses’ founder Elizabeth Finkelstein at the start of the pandemic, the Instagram account had 750,000 followers. Today, it has 1.5 million.

Finkelstein told Benowitz that the account helps make homeownership more attainable for millennials, many of whom have plenty of time on their hands during quarantine for restoration projects.

Millennials are driving the housing market

Online or not, millennials have been heating up the housing market.

More millennials bought homes last year than any other generation, according to Apartment List’s Homeownership report. The pandemic had accelerated a five-year trend in which millennial homeownership rates rose the fastest as the generation aged into the career advancement and prime homebuying stage of their 30s.

The millennial homeownership rate has climbed to 47.9% from 40% just three years ago, per the report. Families fleeing big cities for the suburbs and historically low interest rates, which made buying easier for those with enough money saved for a down payment, fueled the 2020 uptick.

As millennials turn their homebuying dreams into reality, they’re digitalizing house hunting in the process.