15 military spouses who have made a difference 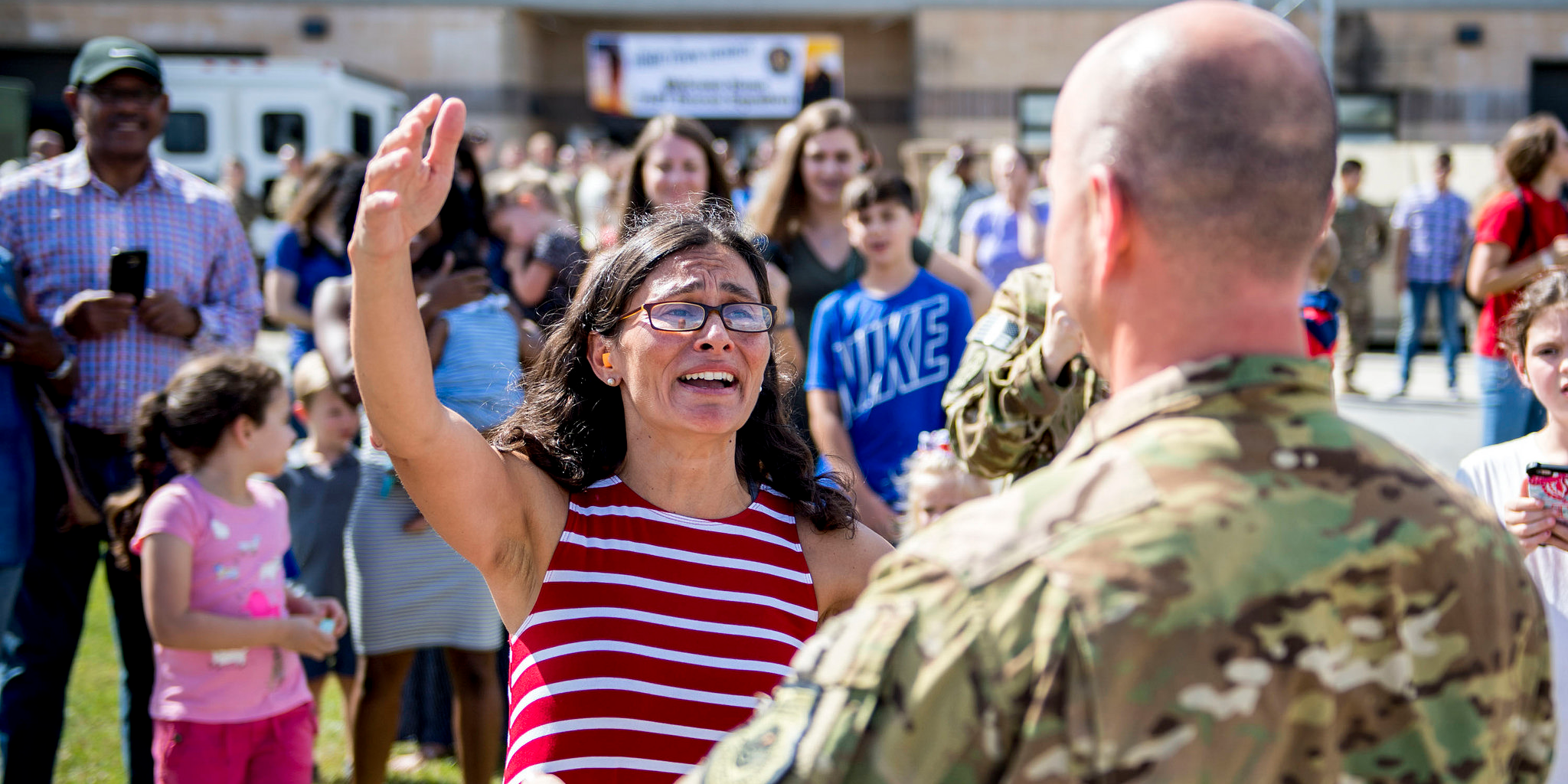 Military spouses often go above and beyond to support their families and communities while their partner serves.

Here are 15 military spouses who have made a difference. 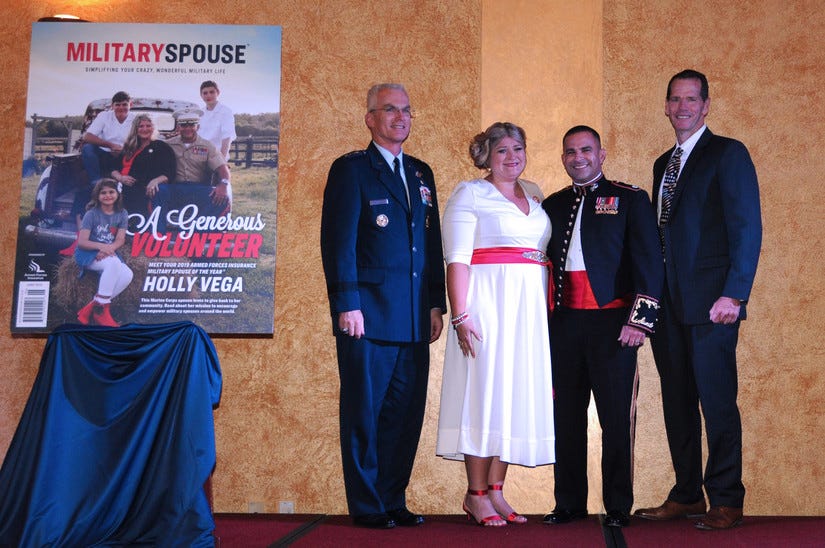 Holly Vega has been a Marine Corps spouse for 19 years, and was named the 2019 Armed Forces Insurance “Military Spouse of the Year” for her volunteerism and passion to help other military families.

To support education for military children, Vega volunteers for the “Purple Up! For Military Kids” program, and is a co-leader for the Military Kids Club at Lithia Elementary School.

She also works part-time for Military Home Base, a program that provides educational opportunities and services to help military families transition duty stations. Vega also serves as co-leader and Heart Healthy Advocate for Military Hearts Matter, all while balancing work as a full-time student at Park University. 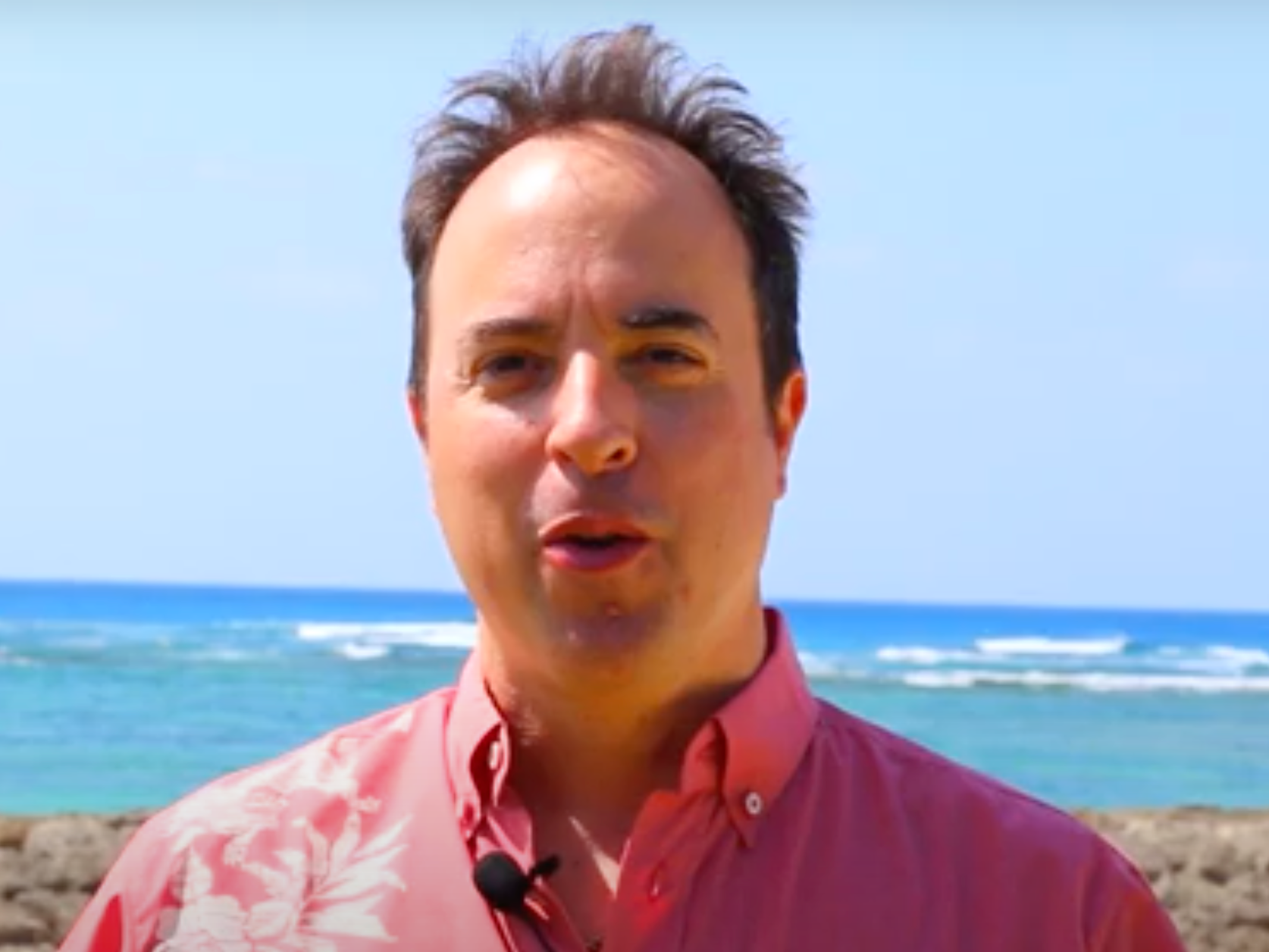 Carrera has been a military spouse for 11 years, and has made it a priority to help other male military spouses assimilate and adjust to life. He is an active member of the Facebook group Mandepenent, which provides male spouses emotional support and opportunities to find work.

He notes that male spouses are often overlooked by mainstream military spouse groups, and has dedicated his time to celebrating the role. He was nominated for the 2020 Armed Forces Insurance “Military Spouse of the Year” award. Taya Kyle, the widow of Navy SEAL and most lethal sniper in US history Chris Kyle, has been an advocate since her husband was killed in 2013.

In 2014, she started the Chris Kyle Frog Foundation with the goal of connecting military families and veterans, and providing interactive experiences to enrich family relationships.

Kaya is also a New York Times bestselling author of the book “American Wife.” Her most recent work titled “American Spirit” was released in 2019, and contains a collection of short stories highlighting inspirational Americans she’s met through her travels.

Kyle and her husband’s story became the subject of the Academy Award-nominated film “American Sniper”. 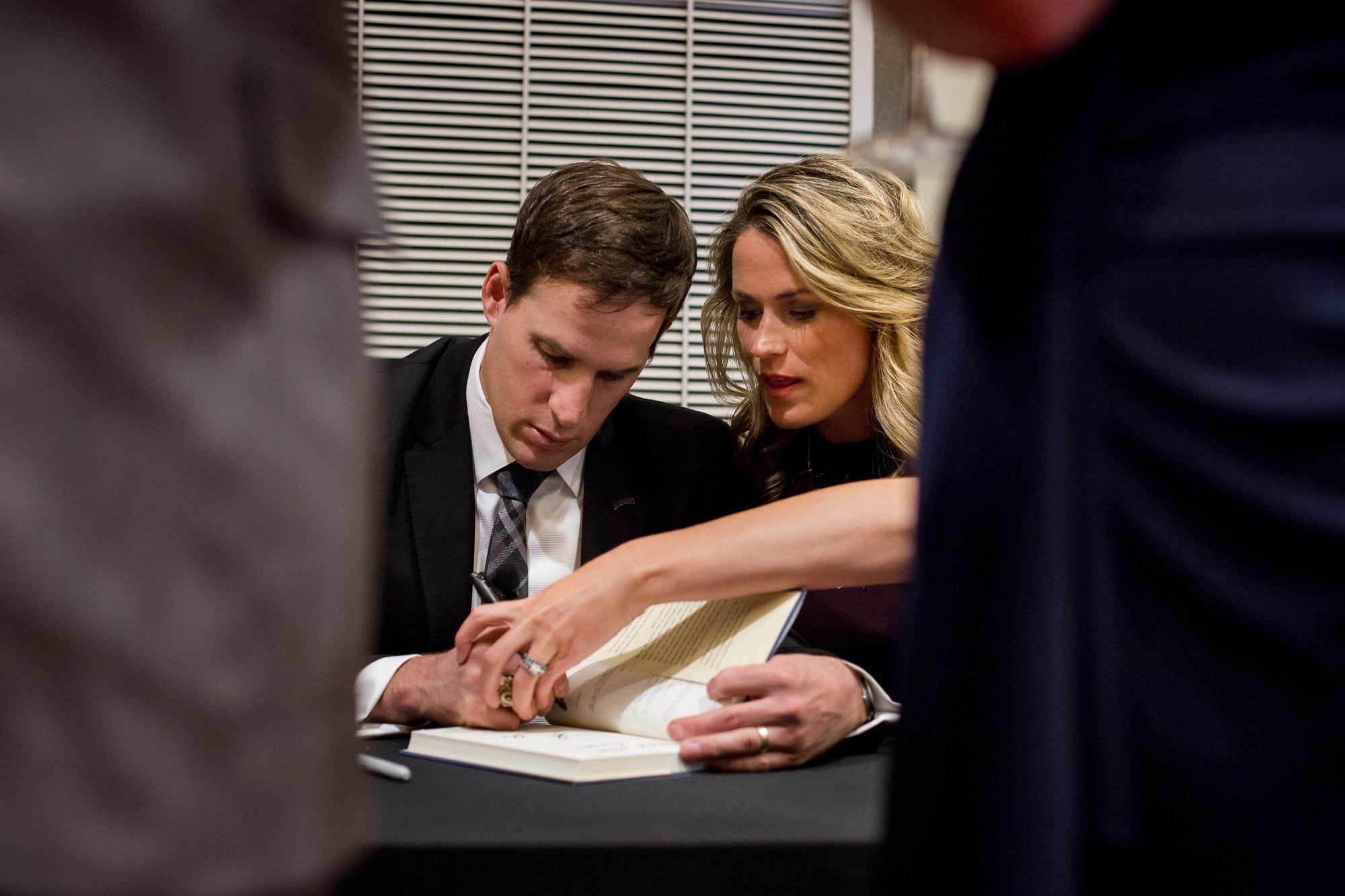 Tiffany Smiley’s husband, Army Major Scott Smiley, served in Iraq for six months until a car bomb in Mosul sent shrapnel into his eyes that would leave him blind for the rest of his life.

As an advocate for the power of military spouses, Tiffany speaks around the country to raise awareness about issues surrounding military members and their spouses.

In 2010, Tiffany and her husband published a book, “Hope Unseen,” based on their experiences as a military family. Among her engagements, Tiffany has met with Ivanka Trump to push for legislation supporting military families and spoke at a bank-run event about how and why companies should recruit veterans. 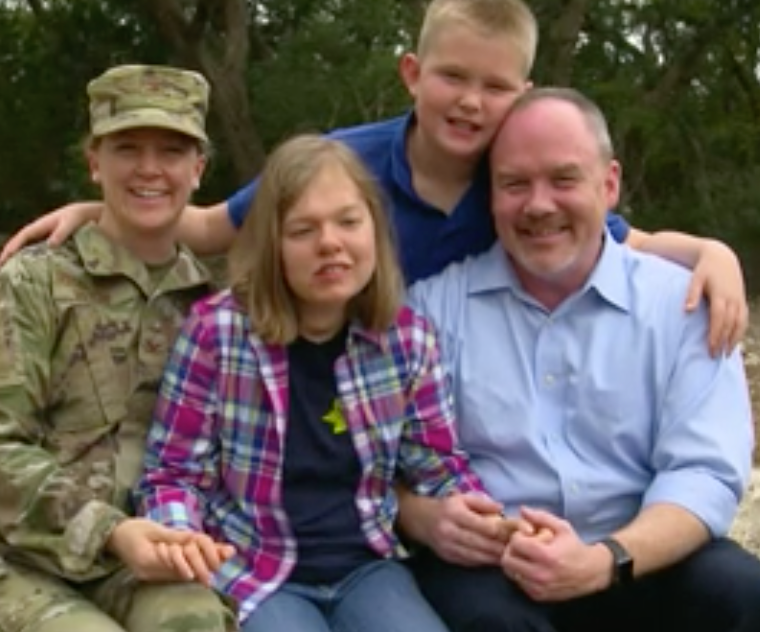 The ‘Today’ ShowJeremy Hilton with his family.

Jeremy and Renae Hilton were once both active members of the military, but when their daughter was born with special needs 17 years ago, Jeremy decided to stay home and provide full-time care.

In 2012, he was recognised as the first male military spouse to receive the Armed Forces Insurance “Military Spouse of the Year” award. Hilton has also become a published author, and has provided briefings to the Congressional Military Family Caucus and a variety of congressional committees.

In 2013, Hilton helped repeal military budget cuts through a social media campaign #KeepYourPromise, and he also works to reform military pediatric healthcare as a champion for TRICARE for Kids. 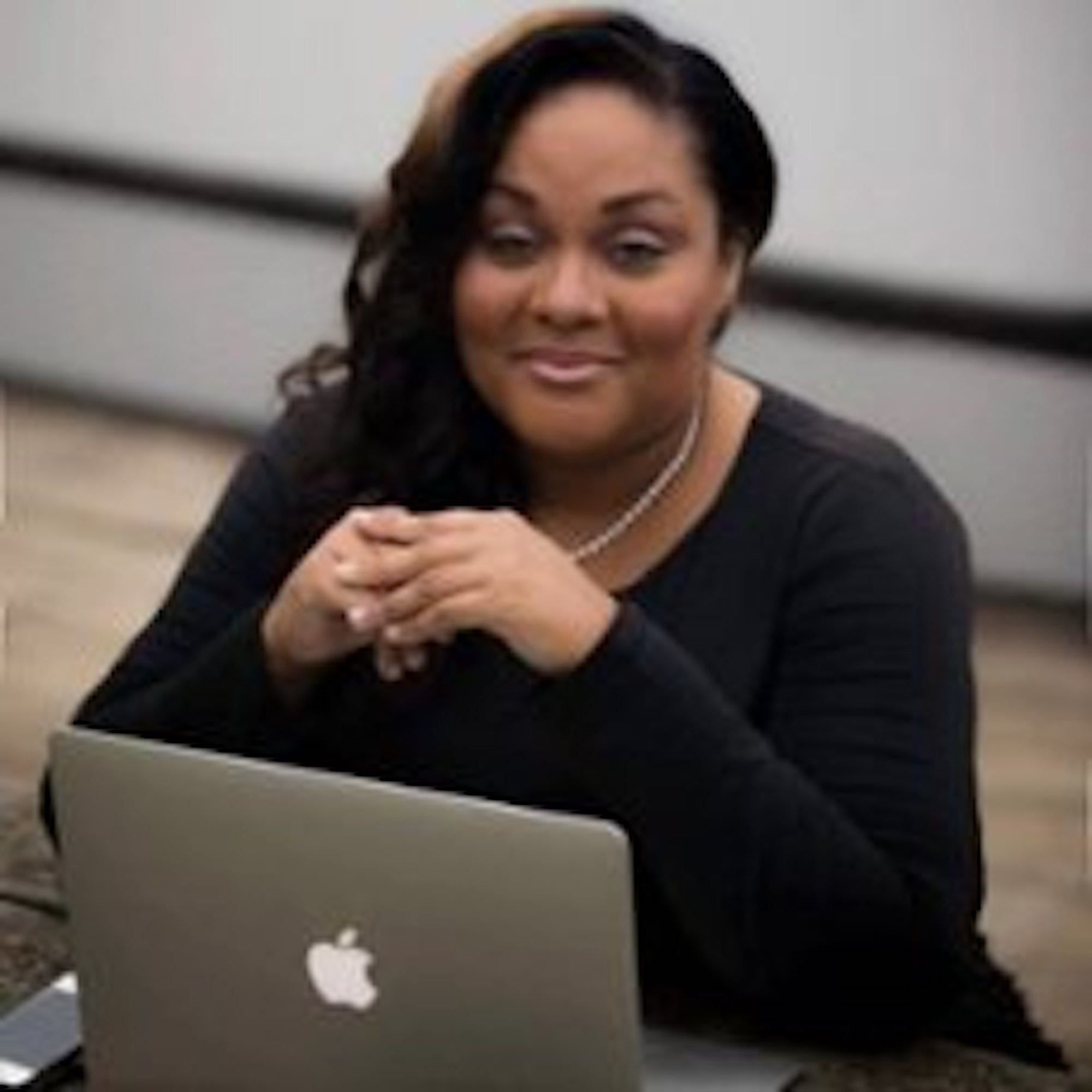 As the wife of an enlisted member of the Army, Kyrstel Spell had always wanted to share her experiences as a military spouse with others. Now, she has become a popular voice in the military blogging world.

Spell launched three sites: Army Wife 101, to cover military lifestyle, travel, and parenting; Retail Salute, to gather military discounts in one place; and SoFluential, to connect influencers from military families with businesses looking to hire them. 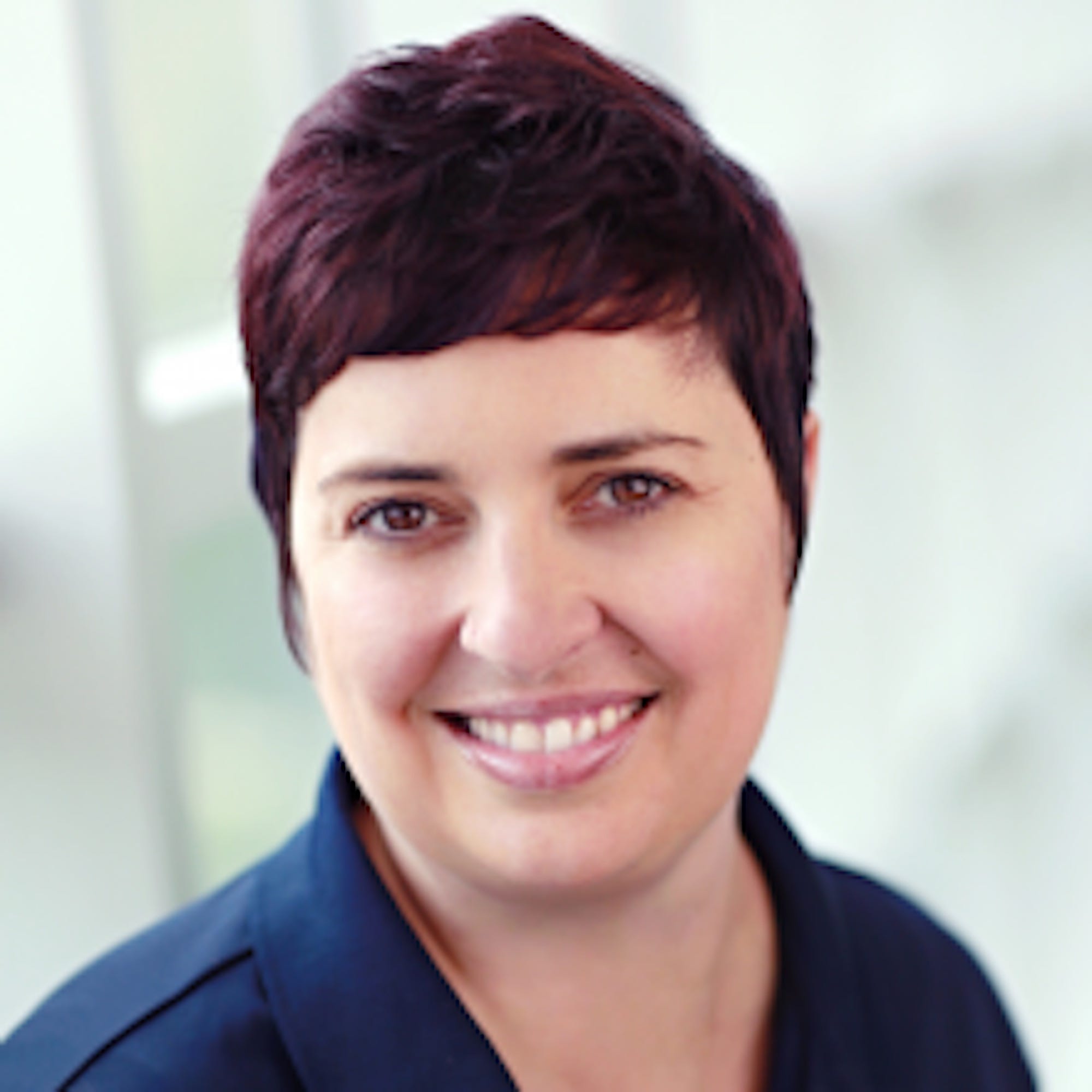 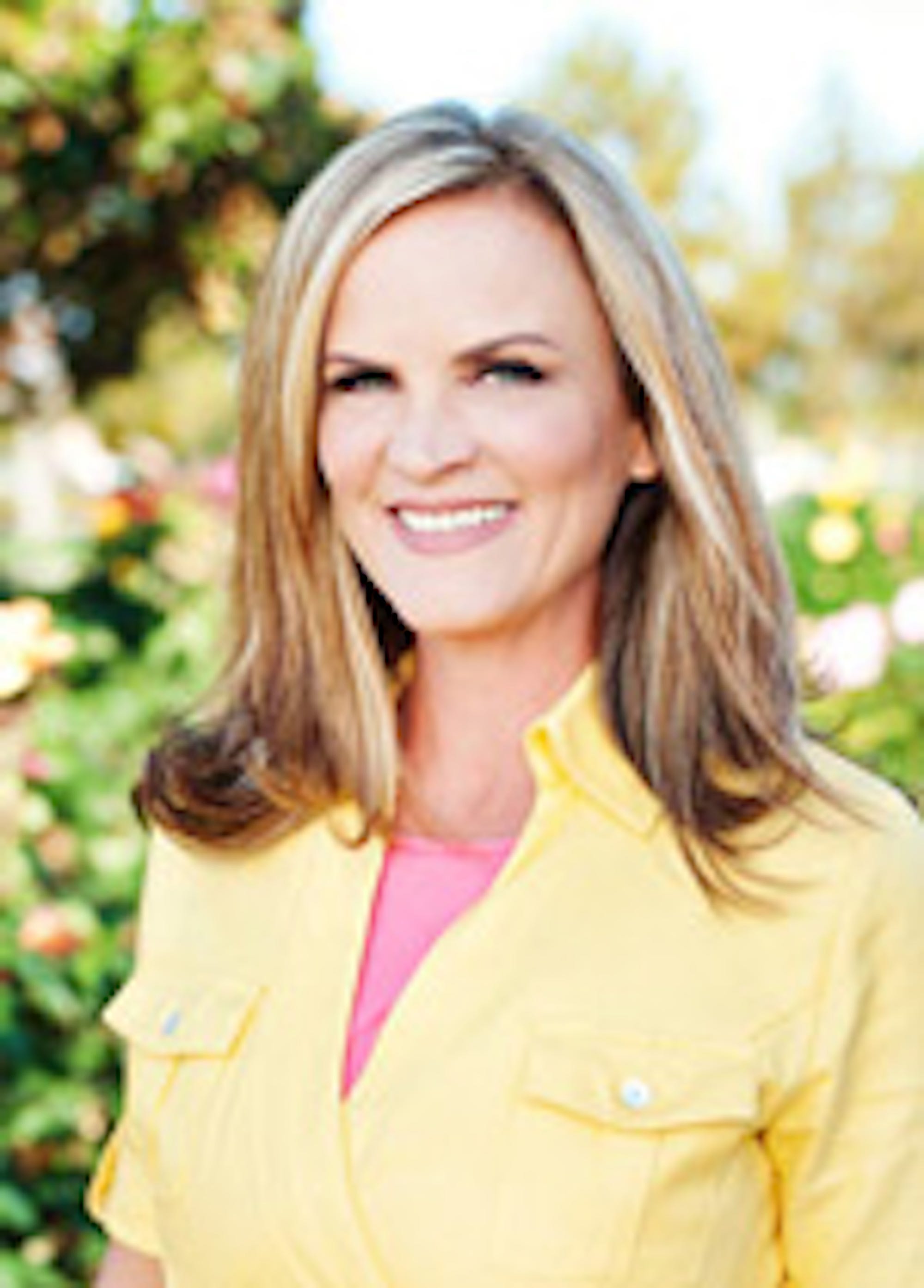 Stephanie Brown is the wife of retired Navy Admiral R. Thomas L. Brown, who was a SEAL.

Brown, who has spent over 20 years supporting military families, veterans, and wounded warriors, started Rosie’s List when she was trying to find a contractor to repair her family’s home.

Brown wanted to hire a veteran, but was having trouble finding one on existing search sites, so she decided to create a database for the public to access businesses owned by military families. She also formed The Rosie Network, which provides training and mentorship programs for veteran or military spouse business owners and entrepreneurs. 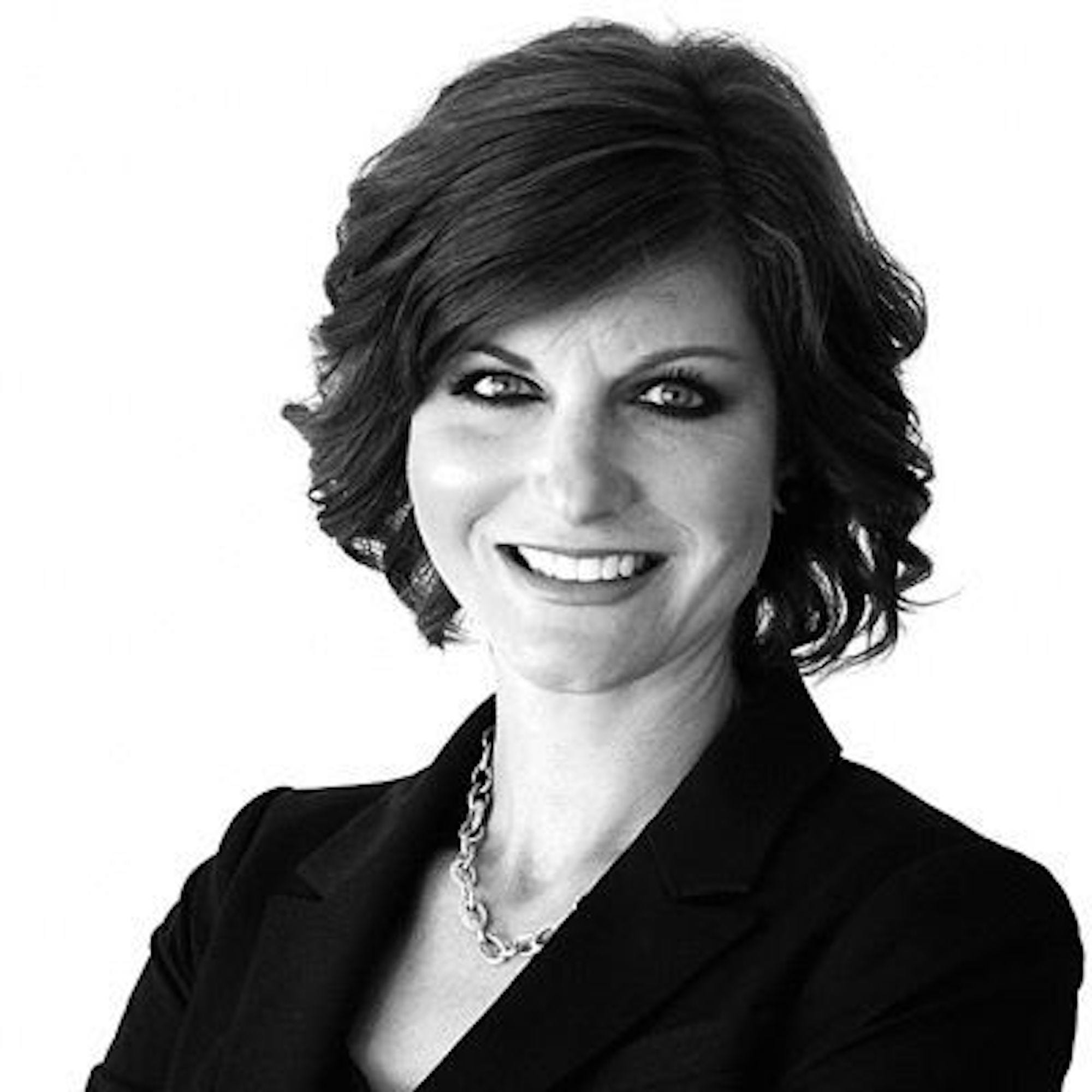 In 15 years as a military spouse, Leigh Searl moved 11 times. Each time, she had to reinvent herself and find new jobs along the way.

So she created America’s Career Force, a program to help military spouses find long-term career opportunities that they can work remotely. That way, they can keep their jobs no matter where the location may be – as long as they have access to a phone and internet. 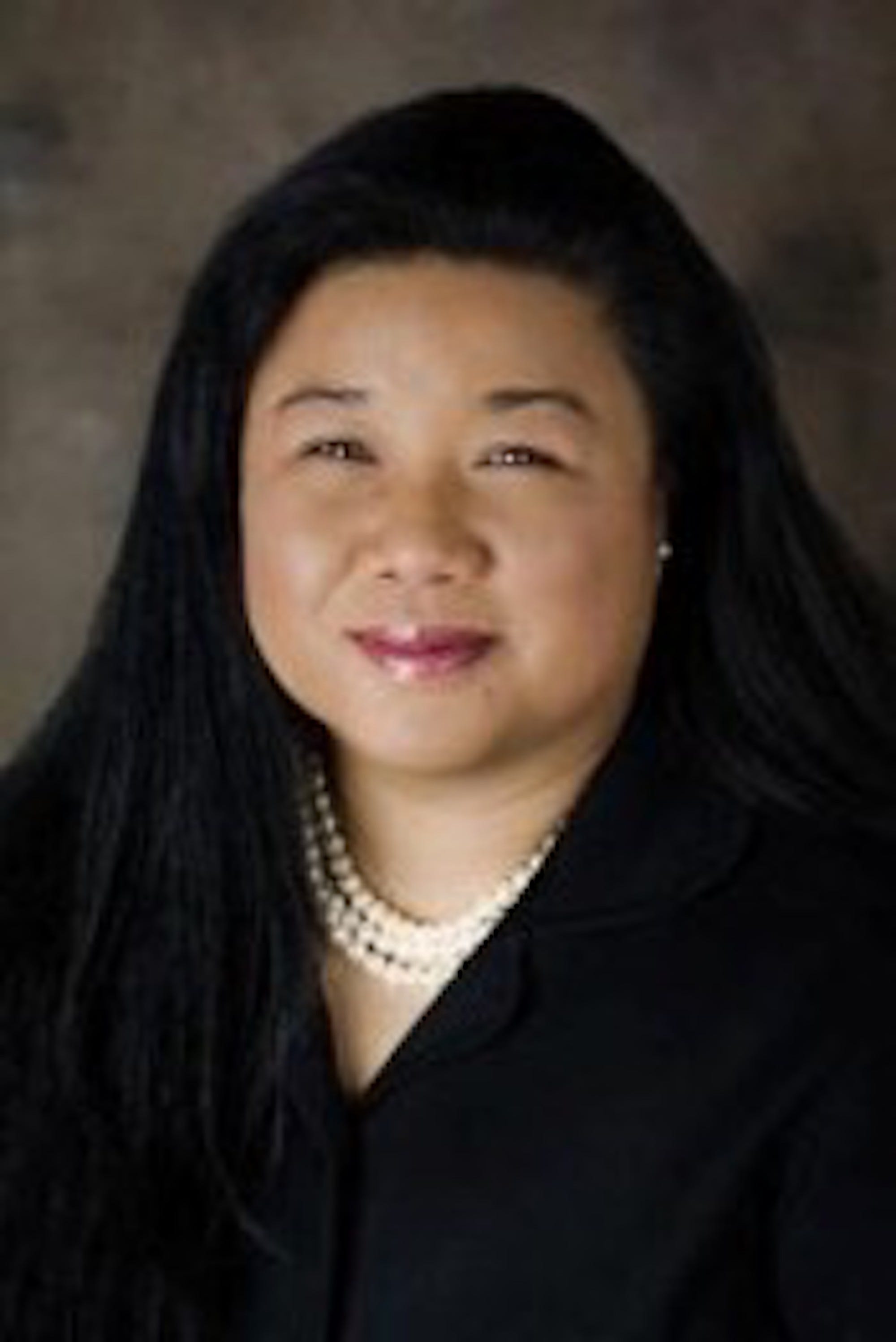 Sue Hoppin is the military spouse of an Air Force officer and who has dedicated her career to advocating for military families.

She started the National Military Spouse Network after spending much of her life volunteering in the military community instead of establishing her own career. The site provides military spouses with networking, mentoring, and professional development opportunities.

Hoppin’s work has led her to become a consultant on military family issues, and she even co-authored a “for Dummies” book on “A Family’s Guide to the Military.” 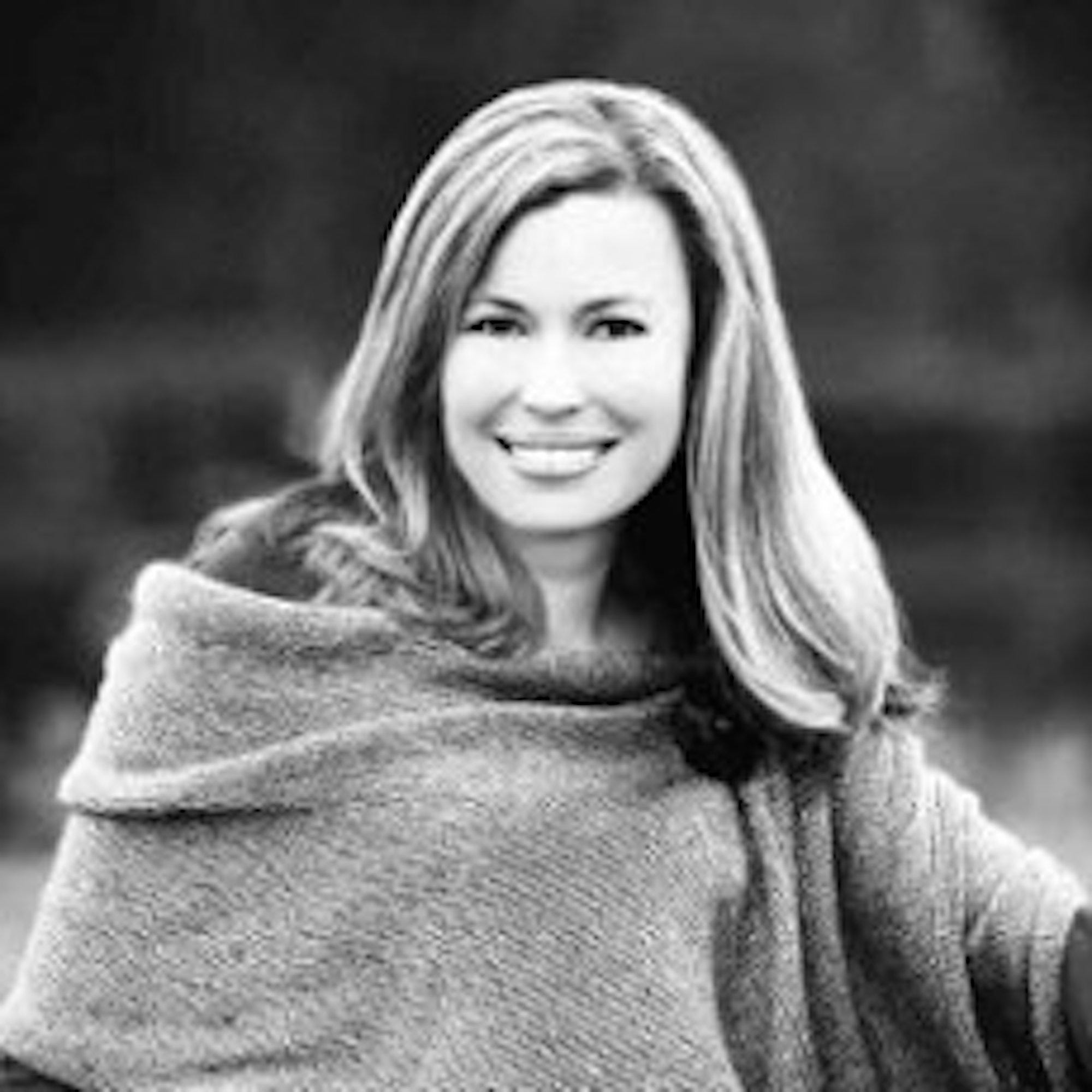 Amy Crispino, a member of an Army family, is the co-owner of Chameleon Kids and managing director of Military Kids’ Life Magazine.

The magazine, which kids write half of the articles for, aims to help military children see past the challenges of growing up in a military family to focus on the bright side. 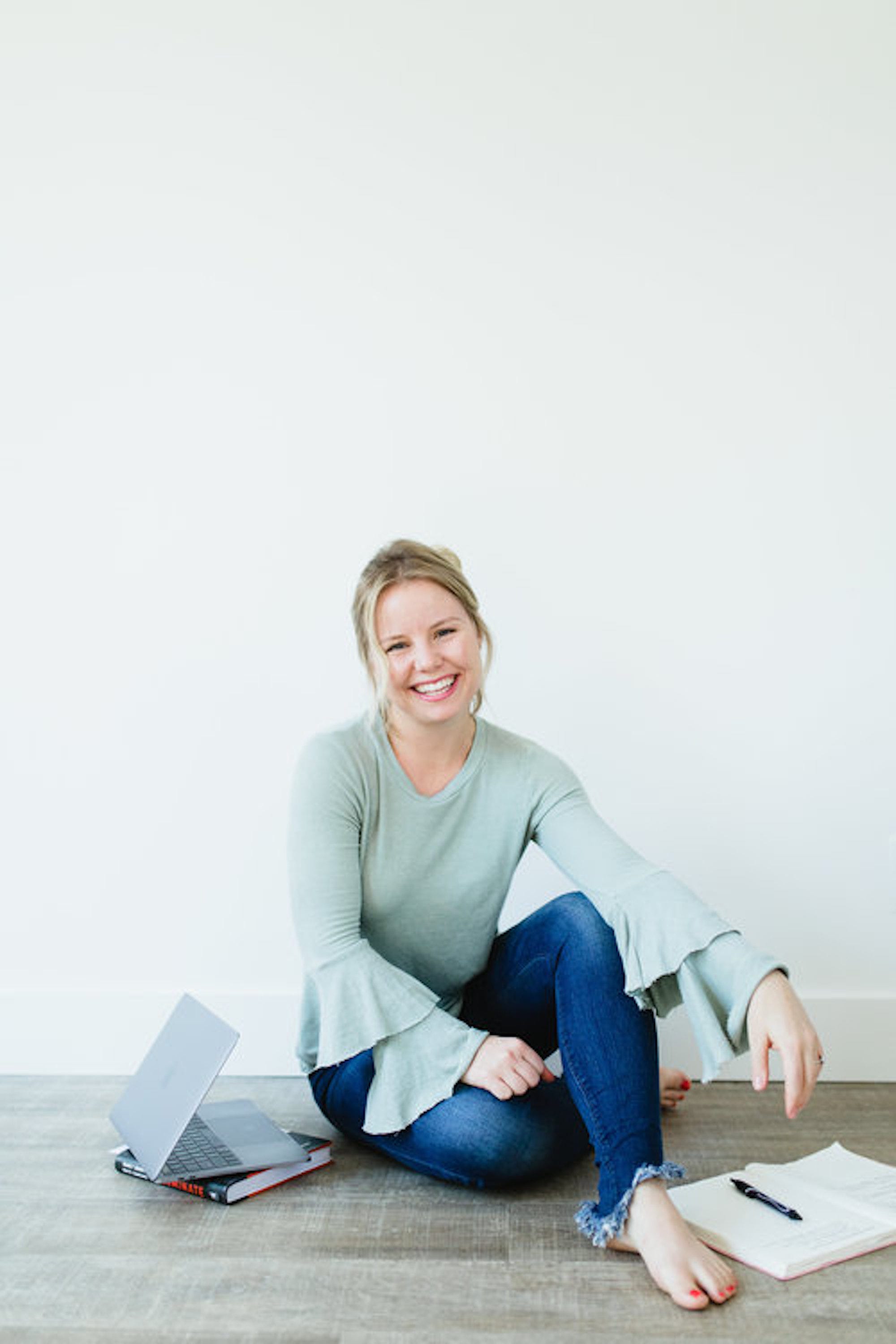 As the spouse of a Naval officer, Elizabeth Boardman believed that the best way to further her career was by starting her own business, the Milspo Project.

The organisation provides networking resources for military spouse entrepreneurs to help them build their own businesses, and connect with other professionals.

Some of the resources include monthly member meet-ups and online workshops. Since their membership program launched in 2016, Milspo Project has helped over 450 military spouses start and grow their own businesses.

Their mission is to get 10,001 military spouses to launch and profit from their own businesses by 2024. 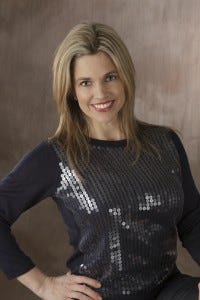 Marine Corps spouse Krista Wells has put her skills as a life consultant and career coach to work helping out other military families.

She launched Wells Consulting Services to help military spouses who struggle with the challenges of constantly moving and establishing a career.

As a military spouse coach, Wells also created The Military Spouse Show podcast to help fellow spouses overcome the obstacles of being in a military family. 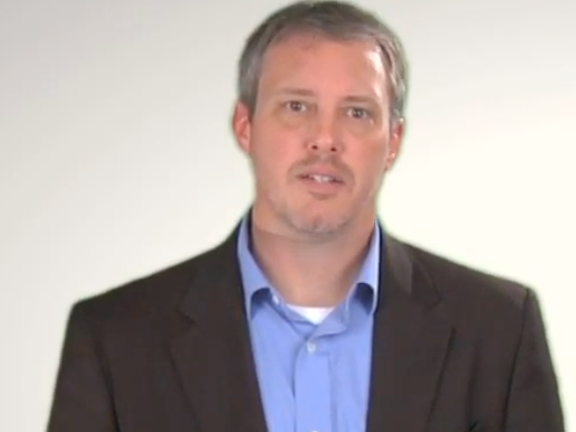 When Chris Pape couldn’t find the support he needed as a male military spouse, he decided to create the website Macho Spouse, an online resource for male spouses and their families. 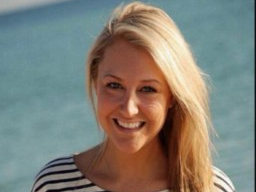 Brooke Jones-Chinetti entered the career force of the military as a service member after graduating from West Point Military Academy. She met her husband in the Army, but after marrying she began to transition away from her service.

Through that process, Brooke found herself missing the sense of closeness and mentorship provided to her as a member of the military – so she decided to develop Your Sequel, an online platform that helps female veterans receive mentorship and networking resources.