I tried the Miley Cyrus burrito Chipotle just added to its menu, and it was the best thing I've ever eaten at the chain restaurant 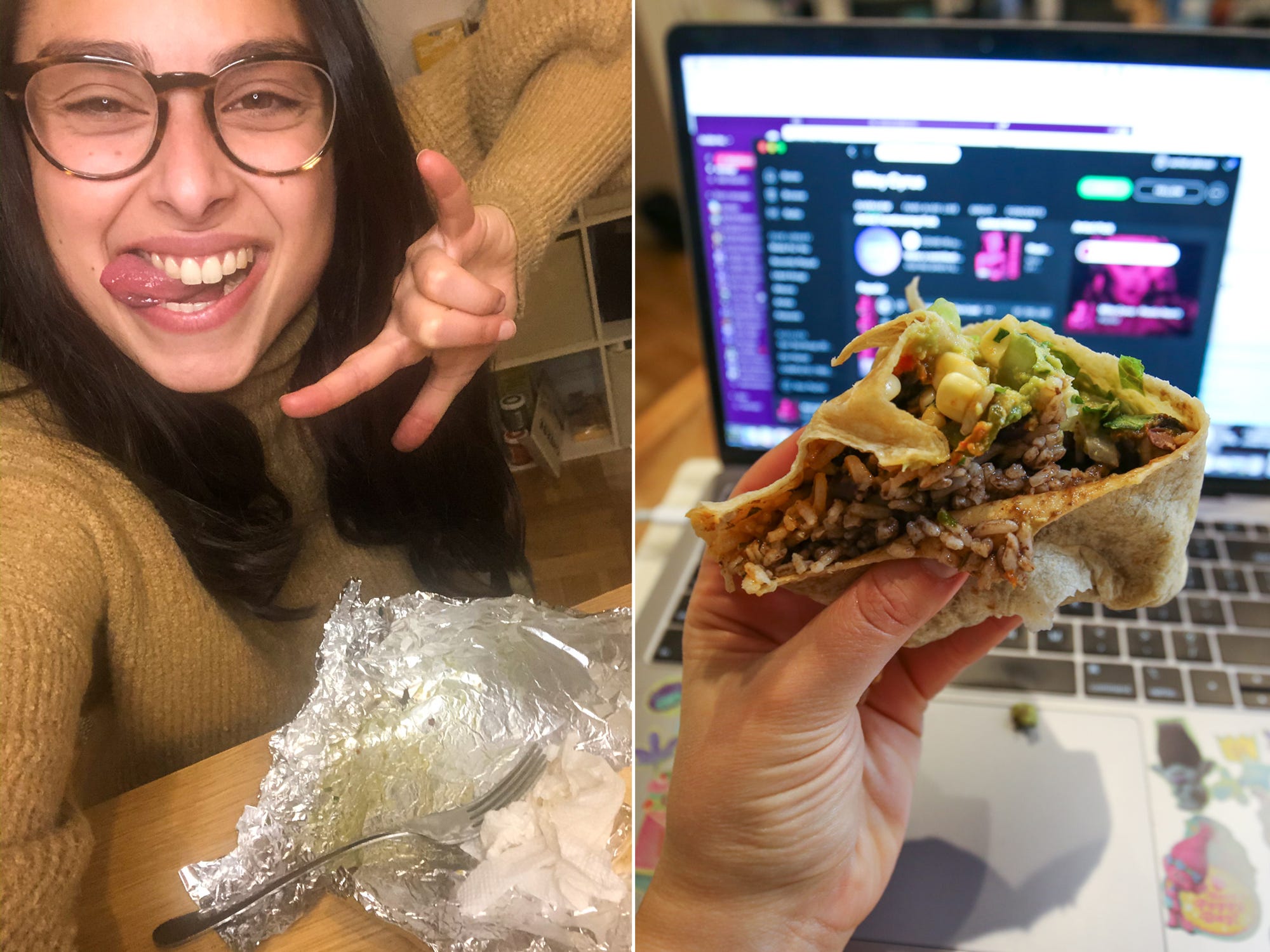 Rachel Askinasi/InsiderChipotle and Miley Cyrus teamed up for a rock star burrito collaboration.

I’m an avid watcher of Miley Cyrus’ Instagram stories, and when I saw her post about the creation of a Miley-inspired burrito, I was intrigued.

Her story showed a TikTok comment thread between Chipotle and the “Midnight Sky” singer, the latest iteration of the “If Miley Comments” trend where TikTokers write that if Miley tells them to do something, they will do it.

In the comment thread, Miley agreed to collaborate with the chain only if her meal was called the “guac is extra but so is Miley” burrito. Chipotle heeded her call and asked for her go-to order in their direct messages.

Thus, the “Guac is extra but so is Miley burrito” was born.

Featuring white rice, black beans, fajita veggies, roasted chilli-corn salsa, tomatillo-red chilli salsa, romaine lettuce, and guacamole (ironically at no extra cost, since guac comes included with meatless dishes at Chipotle), the burrito is fit for a vegetarian, which fits into Cyrus’ pescetarian lifestyle. It will run you $US8.75.

While I’m a fan of Chipotle’s guacamole, I don’t usually enjoy eating a meal from the fast-casual joint. I usually feel bloated and lethargic halfway through and immediately regret my dinner choice. But I figured if this burrito is good enough for Cyrus, it’s good enough for me to at least give it a try.

And I’m glad I did, because I ended up finding my new Chipotle order thanks to the singer.

I ordered my Miley Cyrus burrito on the Chipotle app and went to pick it up for dinner. 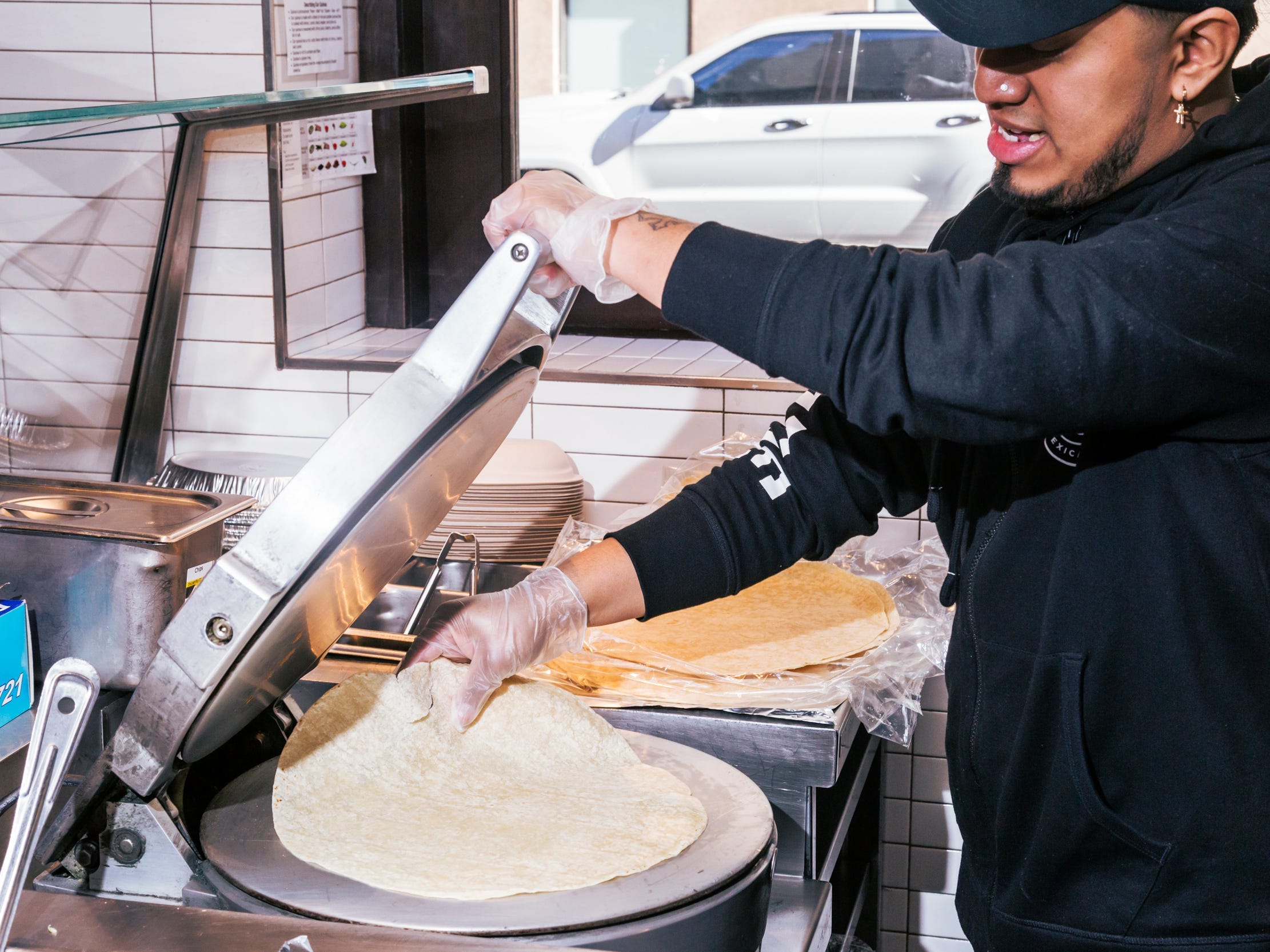 I arrived early so I got to watch the team assemble my Miley-worthy order, which started with warming the tortilla.

I put on the singer’s newest album to set the mood and carefully unwrapped the burrito like a delicate present. 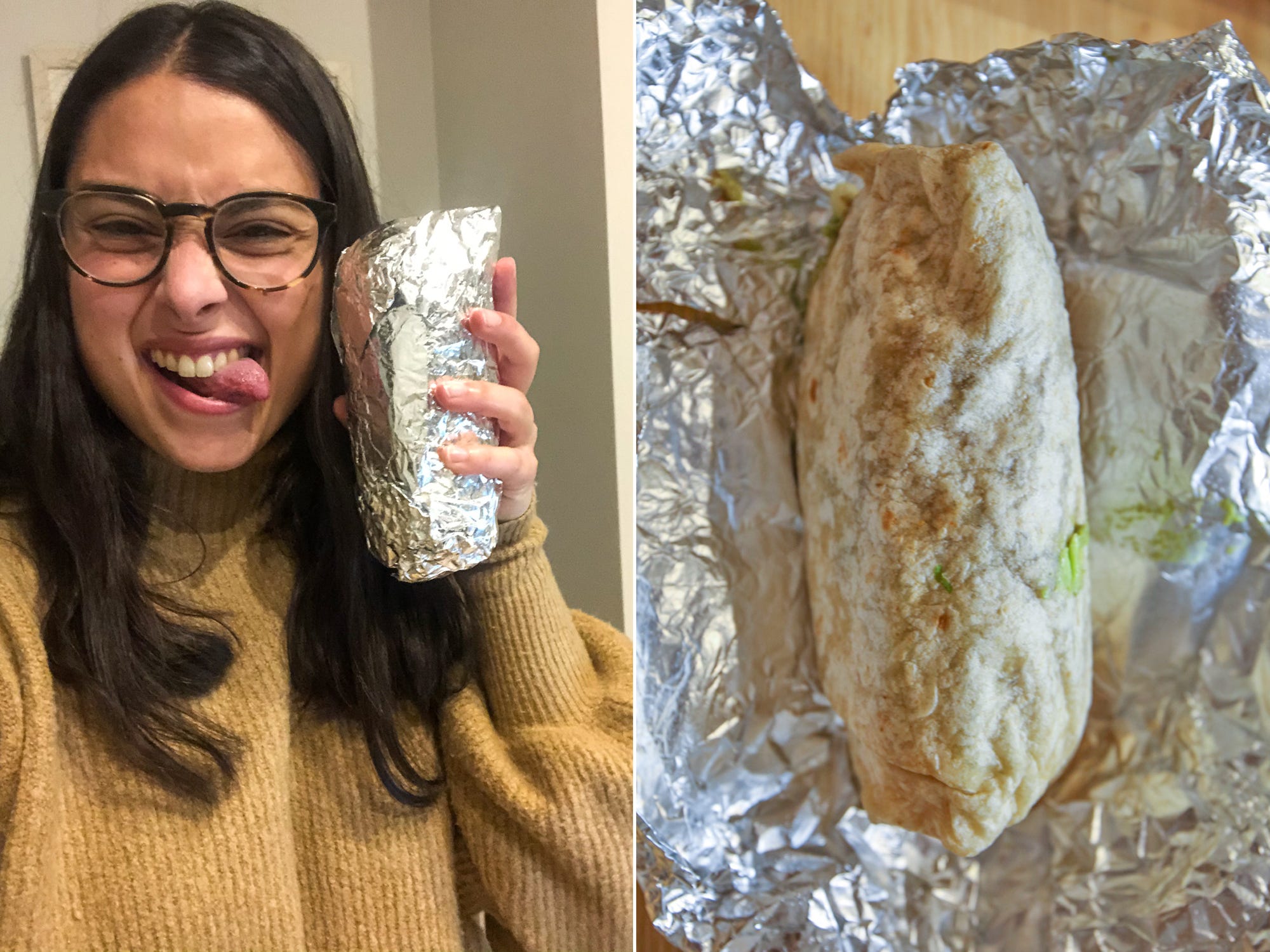 Rachel Askinasi/InsiderI got into Cyrus’ rock and roll vibe.

I really got in touch with my inner Miley for this one.

Her new album, “Plastic Hearts,” provided the perfect soundtrack for my dinner.

The singer is famously not a meat-eater. I knew there wouldn’t be any chicken in this dinner, and that made me a little sceptical. 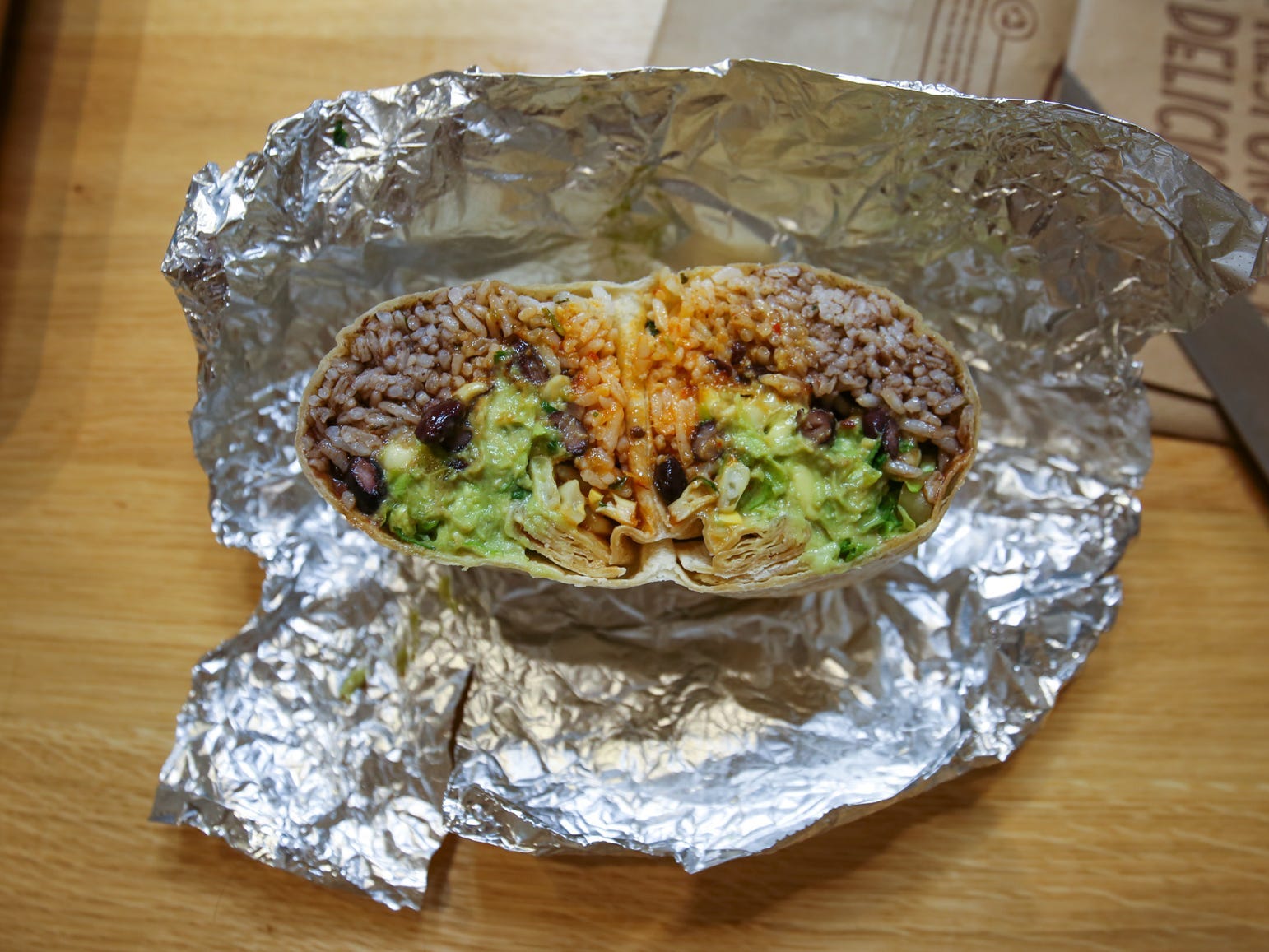 Rachel Askinasi/InsiderThe burrito was beautiful inside.

I was slightly hesitant because there was no meat or cheese in my dinner, but I went into it with an open mind and an open belly.

Cyrus followed a vegan diet for seven years, Insider reported. But in September, she told listeners of “The Joe Rogan Experience” podcast that she gave it up because her “brain wasn’t functioning properly.”

Since she now considers herself pescetarian, I knew this burrito wouldn’t have any meat in it. I’m a meat person, so I wasn’t sure if I would enjoy this chicken- and steak-less burrito.

But the singer’s “Heart of Glass” cover came blaring through my laptop speakers and I excitedly took my first bite.

I ended up not missing the animal protein and dairy at all. 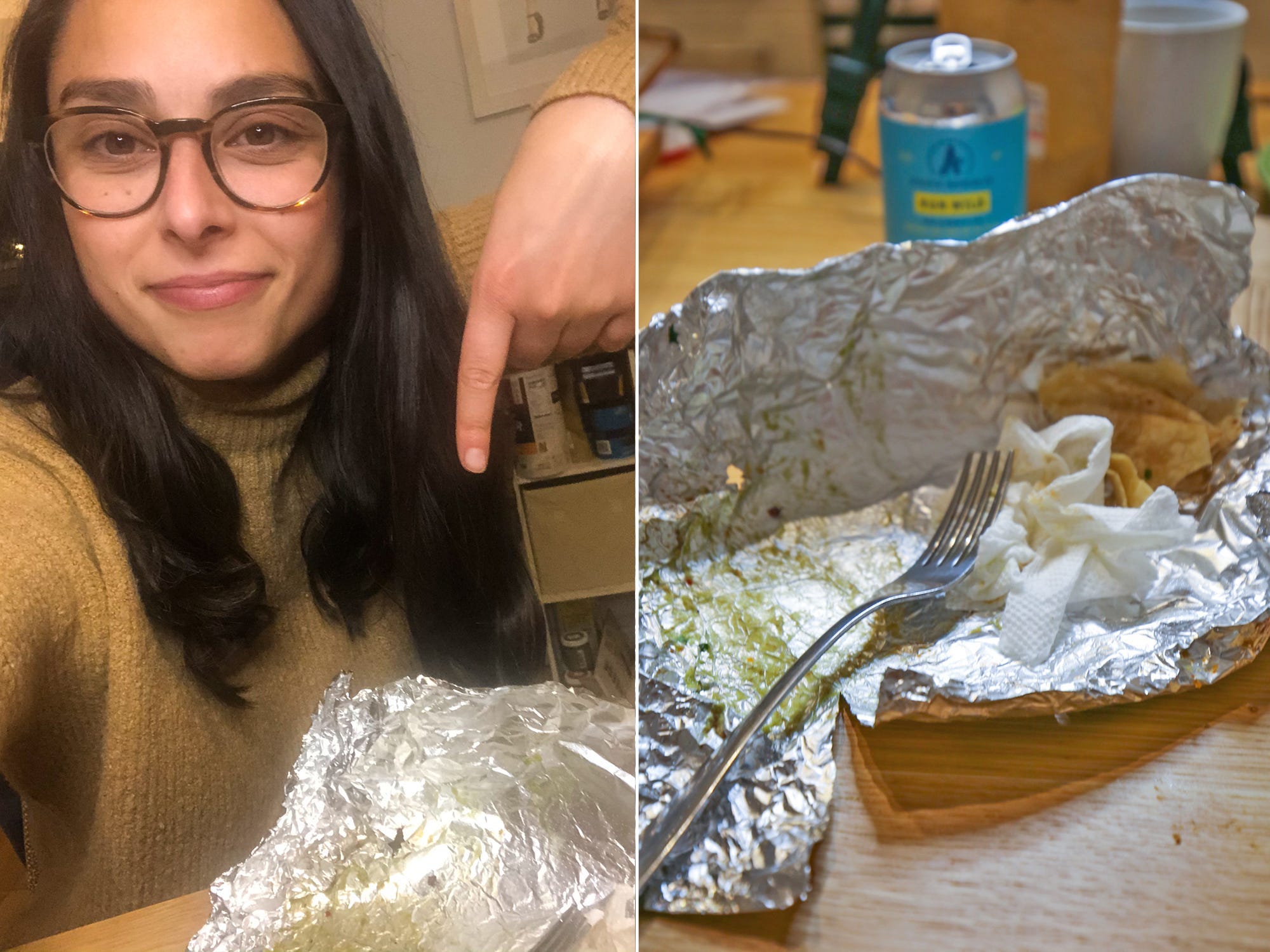 It turns out I actually like Chipotle better when I leave out the animal products.

Insider reporter Callie Ahlgrim reviewed “Plastic Hearts” and said something about Cyrus that totally embodied how I feel about my relationship with Chipotle: “She simply seems to choose a path and fully commit – until it doesn’t feel authentic anymore, and then she fully commits to a new path.”

I have been fully committed to my Chipotle-free path for years because I had never eaten it without feeling like throwing up after. Now, I am committing to this new path of welcoming a more vegetarian-friendly range of Chipotle orders into my fast-casual meal rotation.

This was the first time I didn’t feel overly full and lethargic after eating Chipotle, and I might even get it again. 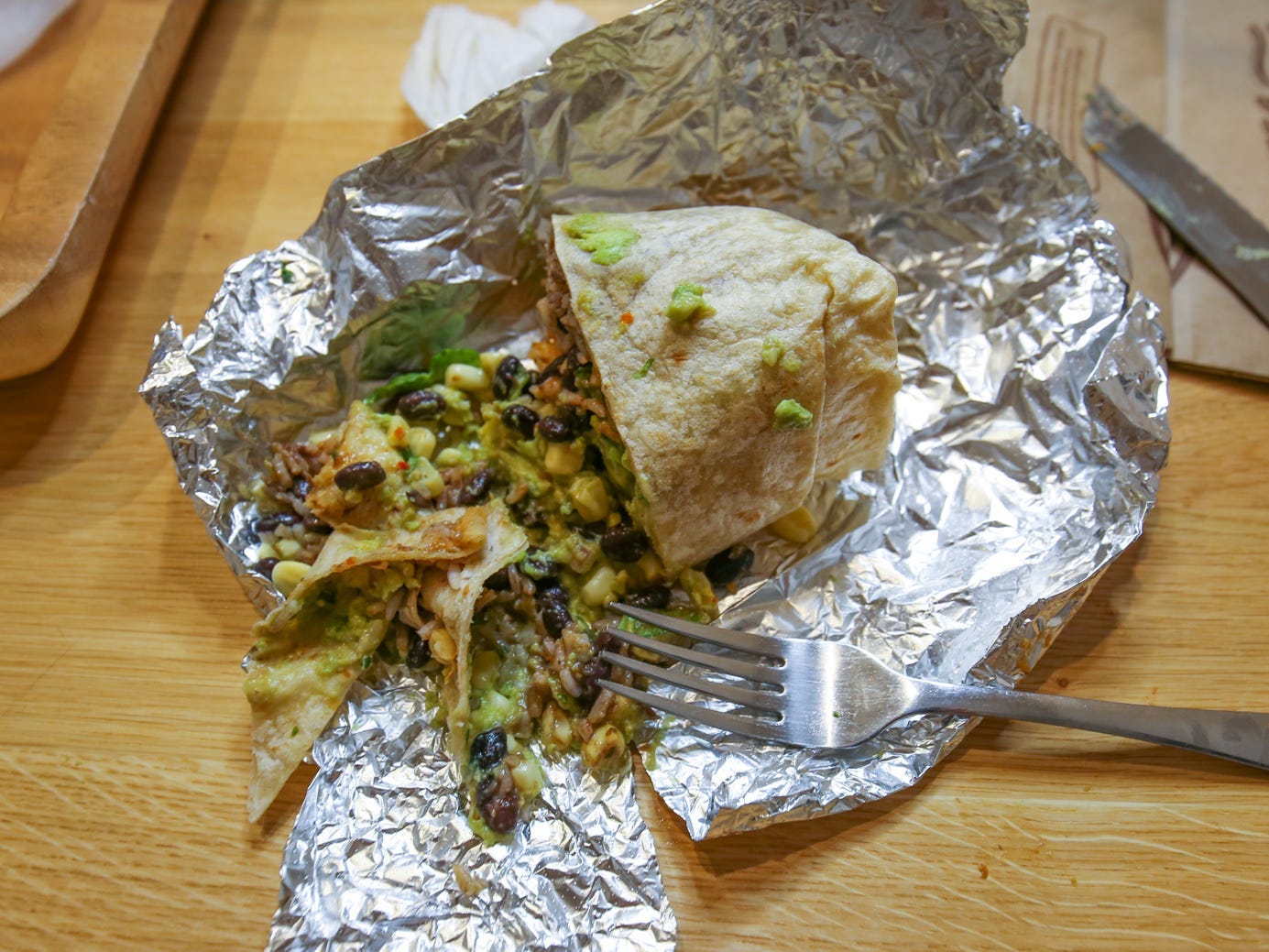 Rachel Askinasi/InsiderI’m up for round two, Miley.

I actually really enjoyed this “extra” burrito. The guacamole added a nice creaminess while the beans and corn provided the filling textures I needed.

The different salsas gave an exciting range of heat and flavour to the rice, which I appreciated.

I finished the entire thing, and I think it’s safe to say that the next time I’m headed to Chipotle I’ll be ordering this burrito again.