For a growing number of COVID-19 patients, symptoms last more than a month. Four young patients who've been sick 30-plus days say they're 'terrified.' 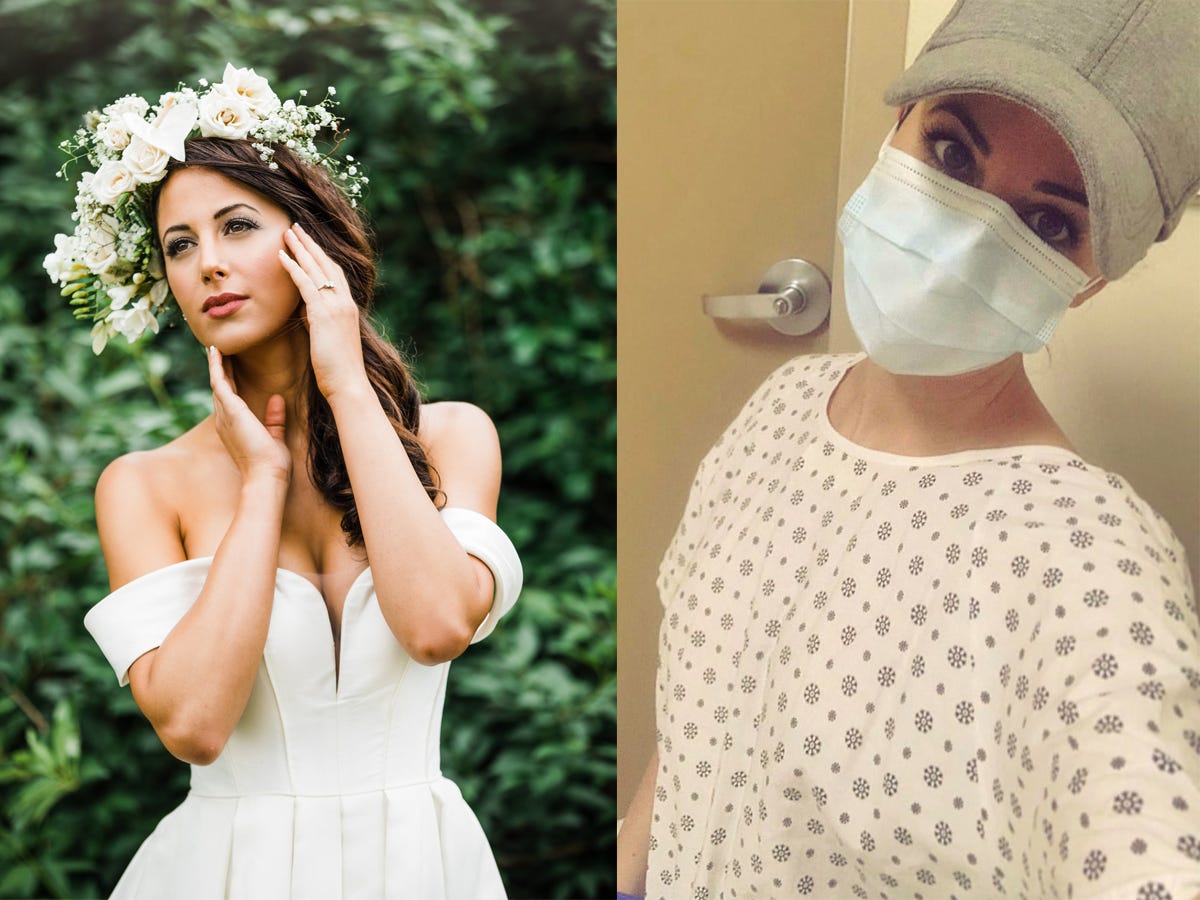 When Lauren Nichols felt a dry, burning sensation in her throat, her first instinct was to laugh it off.

“I joked at the start that I was a baby dragon in the making and I was going to be on ‘Games of Thrones,'” she said.

A few hours later, she developed diarrhoea. The next day, she had a low-grade fever, accompanied by body aches and pounding headaches. A week and a half later, Nichols started feeling short of breath. Just climbing a step ladder made her winded.

“I usually walk about 5 to 6 miles a day and I’m very active, very healthy,” she said. “That was sort of my wake up call that this isn’t normal. There’s something going on.”

Nichols, who is 32 years old, got tested for the coronavirus on March 17 in Boston, Massachusetts, where she lives. Her test was positive, but her symptoms still haven’t gone away: Friday was day 51 of her illness.

Nichols is still recovering at home. Not a day has passed in which she didn’t have diarrhoea. Her appetite has disappeared, she sweats and shivers through the night, and there’s a rattling in her chest. Her second coronavirus test came back positive again on April 20.

She is one of a growing number of young coronavirus patients with mild or moderate cases who have reported being sick for more than a month.

Three other patients under 40 gave Business Insider similar accounts of their illnesses. That contradicts guidance from the US Centres for Disease Control and Prevention, which has suggested that mild coronavirus symptoms typically last for 14 days. For severe or critical patients, the World Health Organisation reports, recovery can last up to six weeks.

But the limited nature of data about patients in recovery so far means we don’t have much information about how long symptoms typically last. In scientific studies, patients who are considered “recovered” are usually those who have been discharged from the hospital. Since mild cases are encouraged to stay home, they’re less likely to be reflected in that research.

He said the CDC has been “very slow to update their guidance on symptoms.”

“It’s hard to say what per cent of people have symptoms that last beyond two weeks, but we’re definitely observing that as a not-uncommon phenomenon,” he said. “The virus causes all kinds of inflammation and dysregulation in your body and it can take even longer, after you’ve cleared the virus, for all of those things to go back to normal.”

Working through the pain

Nichols said her symptoms reached their peak intensity about a week into her illness.

“I had moments of absolute terror,” she said. “I was waking up in the middle of the night gasping for air. I had to prop my head up on four pillows just to get myself to be able to breathe.”

She debated going to the emergency room, but said the idea wracked her with guilt.

“It was this internal struggle of, ‘I feel like I need to go to the hospital, but I don’t want to take a hospital bed because I can still breathe, but I also don’t want to die at home,'” she said.

Throughout her illness, Nichols has been working from home, managing an international program for the Department of Transportation. 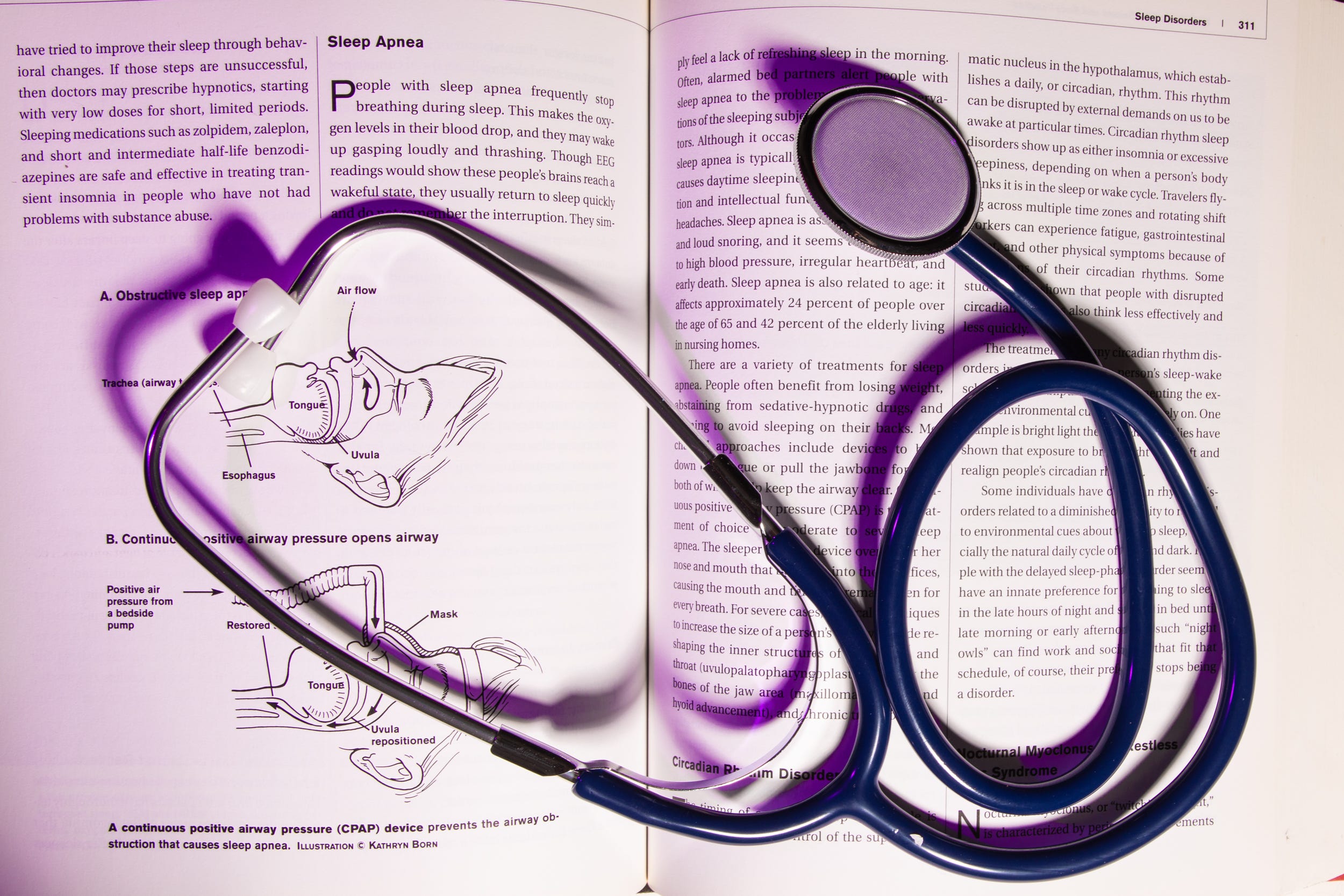 She tries to maintain a cheery disposition when on the phone, but her days are often interrupted by the need to sit on the toilet for several hours. Friends and family have a hard time believing she’s still sick, she said.

“People just don’t understand when they’re not a patient how long symptoms can last,” she said. “Everyone, my coworkers included, are trying to rush the recovery when I don’t need that pressure.”

Caroline, a 27-year-old resident of Houston, Texas, has had symptoms for 48 days, and told Business Insider she’s also trying to work through the discomfort. (Her last name has been omitted to protect her privacy.) Caroline said she still suffers from fatigue and feels an urge to sleep 18 hours a day. But her work as a corporate attorney makes that impossible.

“I’m just chugging energy drinks to try and stay awake, which is absolutely not what I should not be doing,” she said. “It’s just kind of awkward to have to tell work, ‘Hey, I know I got sick five weeks ago, but I’m still feeling bad.'”

Caroline’s symptoms started March 15, when she got a fever after attending a bachelorette party in Charleston, South Carolina. The attendees included four women from Manhattan, which has become an epicentre of the US’s coronavirus epidemic. During the celebratory weekend, the bride-to-be learned that her grandmother had died of COVID-19.

Caroline tested positive for the virus eight days after returning home. She had a cough, felt short of breath, and lost her sense of smell. 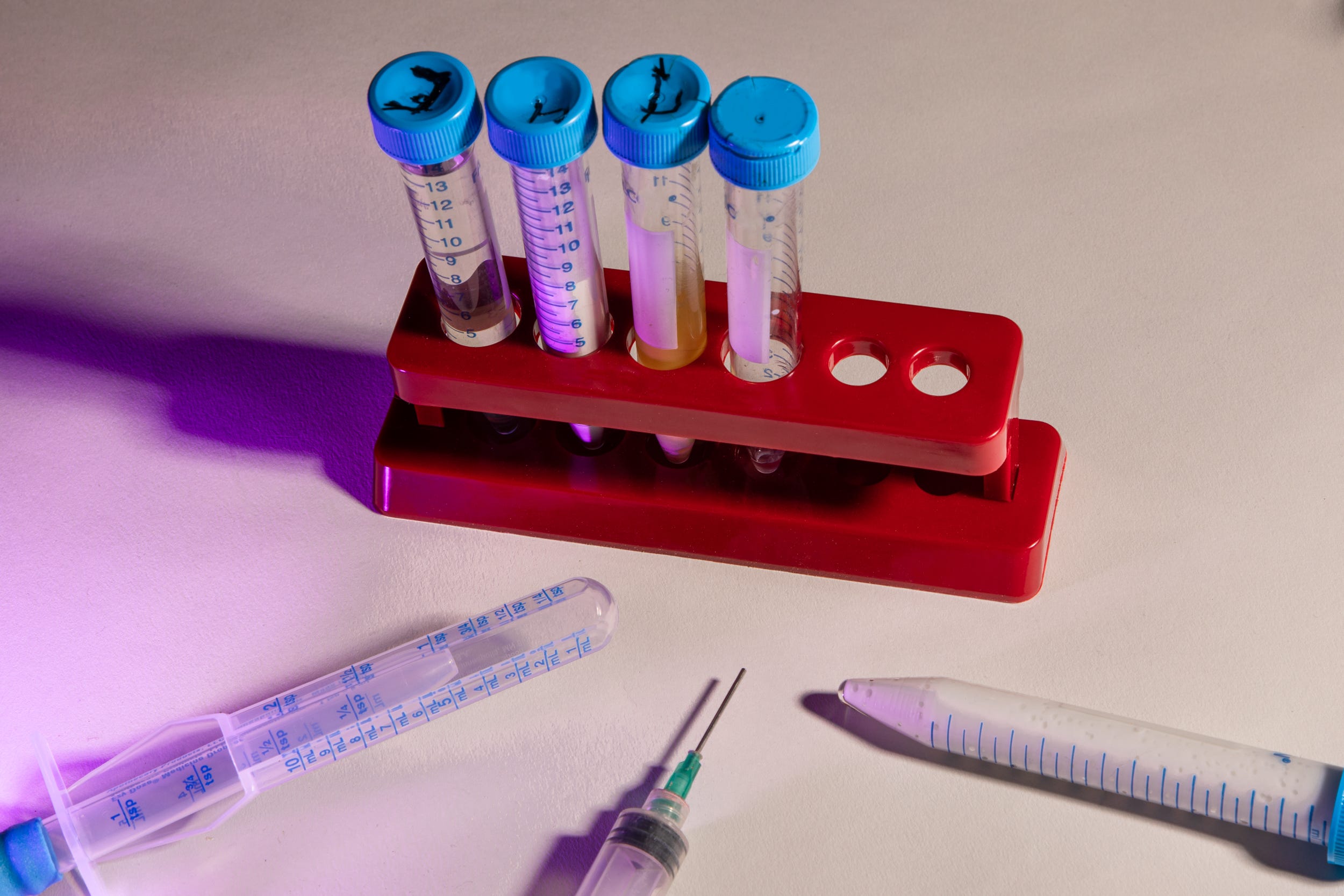 Caroline said she recently told a partner at her firm that she might be slow to respond to email because of her illness. He suggested she might just be run-down from a couple years of working long hours.

For many coronavirus patients – both those with long-lasting and shorter-lived cases – the severity of symptoms can vary from day to day.

“Some days I’ll have a spell where I kind of feel fine and then I literally won’t be able to come out of the room for two days,” Caroline said. 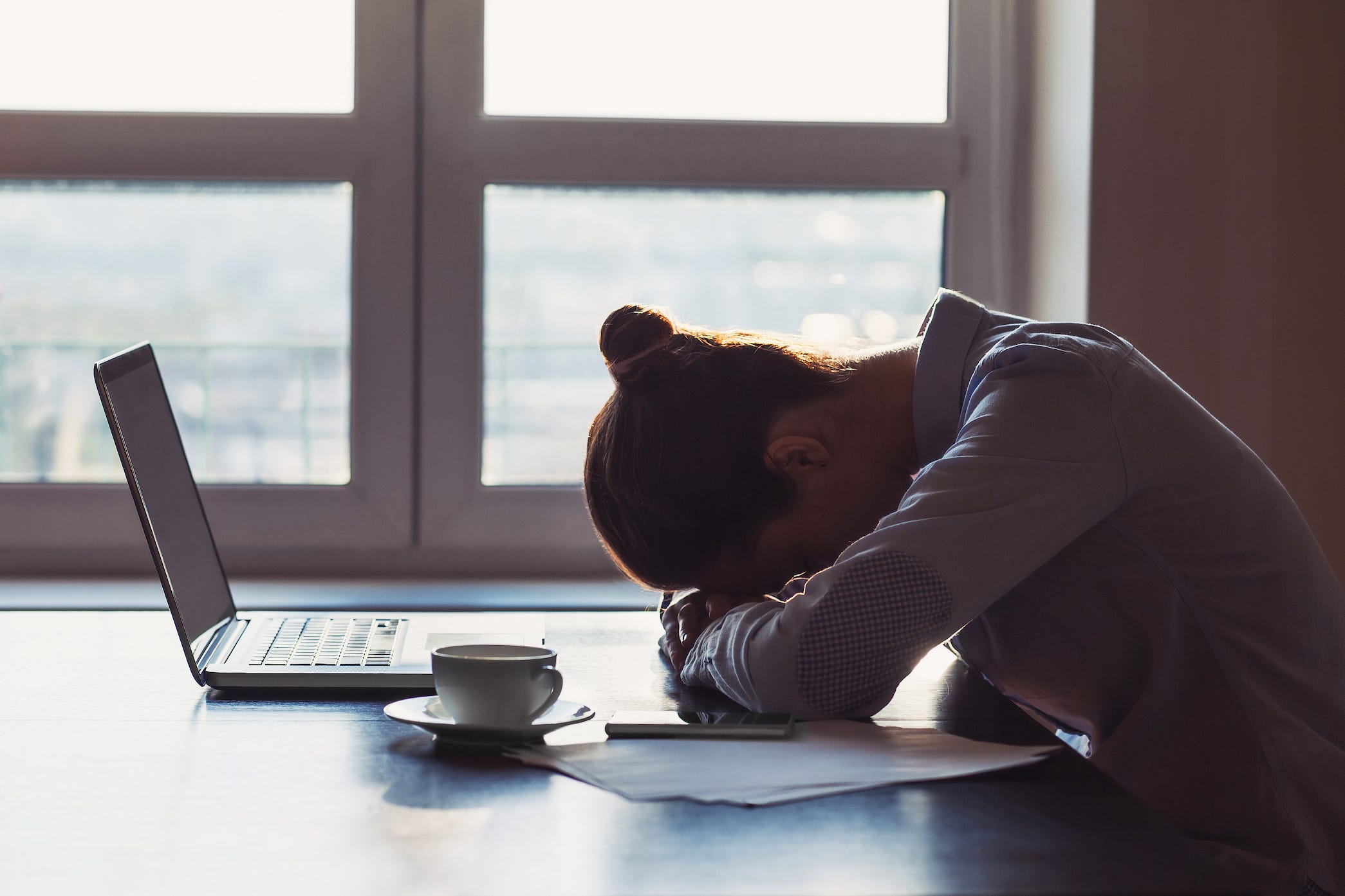 Kelsey Meeks, a 36-year-old attorney who lives outside New Orleans, Louisiana, said that during her worst bout of symptoms, things seemed to change minute by minute.

“Every day I would be like, ‘I can breathe right now, but in five minutes am I going to be ok?'” she told Business Insider. “It was really scary – just that anticipation of not knowing which way the coin was going to flip.”

Meeks has felt sick since March 30. Friday marked day 32 of her illness. Her main symptoms now include body aches, headaches, and nasal congestion. She previously lost her sense of taste and smell for about two weeks, and also experienced a pressure in her chest, as if “wearing a dress that is too tight.” She had dreams that she was underwater, then woke up gasping for air.

“I haven’t had a day where I woke up and I thought, ‘Oh, I’m over this,'” she told Business Insider. “I can have a better day and then the next day I can’t walk and talk at the same time.”

Meeks said five of her family members tested positive for COVID-19, but on the whole their symptoms have been milder and resolved quickly.

“It was hard to understand why I wasn’t getting better as fast as they did,” she said. “There doesn’t seem to be a rhyme or reason.” 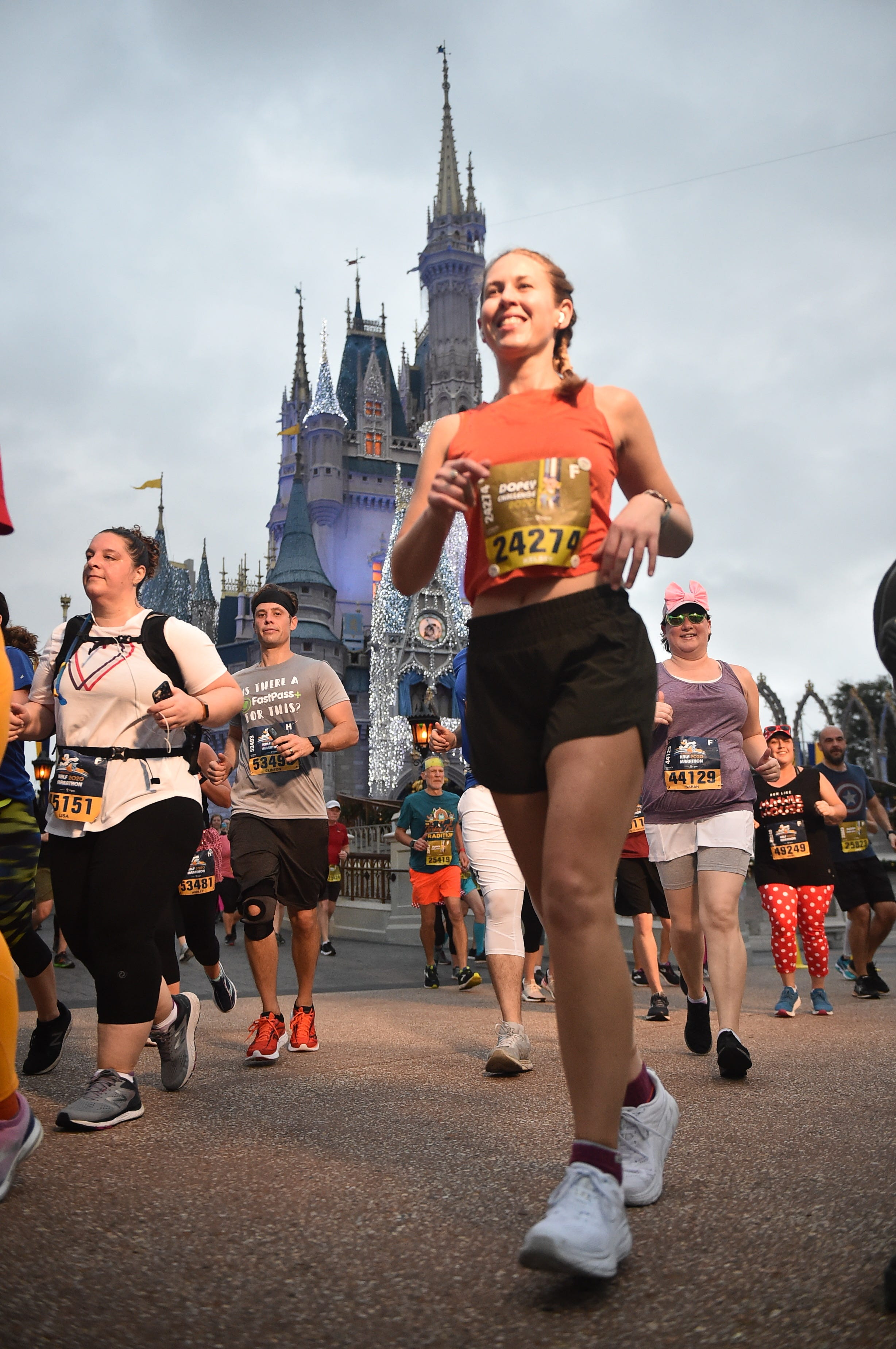 Meeks, too, is still trying to work from home.

“Once or twice a day, I’ll hit what I call a fatigue wall, which is where I can’t do anything. I have to go to sleep immediately,” she said. “It’s like the tired where you just don’t care about anything else.”

She’s concerned about her job performance.

“I do struggle with the guilt about it and feeling like a failure,” she said. “I’m getting to the point where my brain’s functioning enough that I’m realising, wow, I really have lost a lot of time over the last three-and-a-half weeks.”

Even patients who recover and test negative can have lingering symptoms

Favini said it’s too early to predict how long symptoms will last for typical patients.

Among patients who’ve suffered from severe coronavirus complications like pneumonia, acute respiratory distress syndrome, or strokes, the virus could produce lasting organ damage. The coronavirus can also result in blood clots in the lungs that don’t show up on a regular CT scan. Favini said that could cause ongoing shortness of breath.

Lately, he added, he has seen coronavirus patients with persistent coughs and diarrhoea.

“There’s also people who describe not feeling right for a long time – just feeling ‘off’ in some way,” he said.

Symptoms beyond two weeks could be the result of an ongoing viral infection, Favini added, but they may also be caused by secondary effects of the virus, like persistent inflammation. That may explain why a person can still show symptoms after testing negative.

That’s what happened to Dio Cruz, who tested positive for the coronavirus on March 31. He’d been caring for his mother, who developed symptoms a week and a half earlier, at his home in Colorado Springs.

“I had this eye pain that was in both eyes, but it was more pronounced in my right eye,” Cruz said. “It was so bad that I would typically have to shut down around noon, go upstairs, hide in one of my rooms and just turn off all the lights and sit there in the dark.”

Cruz has congestive heart failure, so he’s normally short of breath, but he also developed diarrhoea, loss of taste and smell, and a fever that lasted one night. Before getting sick, Cruz had been waiting for a heart transplant. To get back on the list, he had to prove that he no longer had an active infection. His second test came back negative on April 15. But four days after that, he started having eye pain and diarrhoea again.

“If you haven’t gone through it yourself, you might find it hard to believe,” Meeks said. “How are you OK this day, but the next day you can’t complete a sentence without having to gasp for air? Why are your lungs burning, but your X-rays are clear? In normal times you would think, ‘Is this person a hypochondriac?'”

Preparing for the worst

All four patients told Business Insider that they’d expected their symptoms to last for 14 days.

“The way that I understood this and the way that it was sold – I think a lot of people misinterpreted – but it was like, ‘Oh, this is two weeks and you’re done. And if you’ve made it to day number eight or nine and you are not hospitalized, you’re probably out of the woods.’ And that’s bullshit,” Cruz said.

Nichols said even doctors and nurses have been confused by her lingering symptoms.

“It was a very lonely experience for me,” she said. “I felt kind of ignored by medical professionals because I think everyone had assumed you reach 14 days, then you’re fine, you’re recovered.” 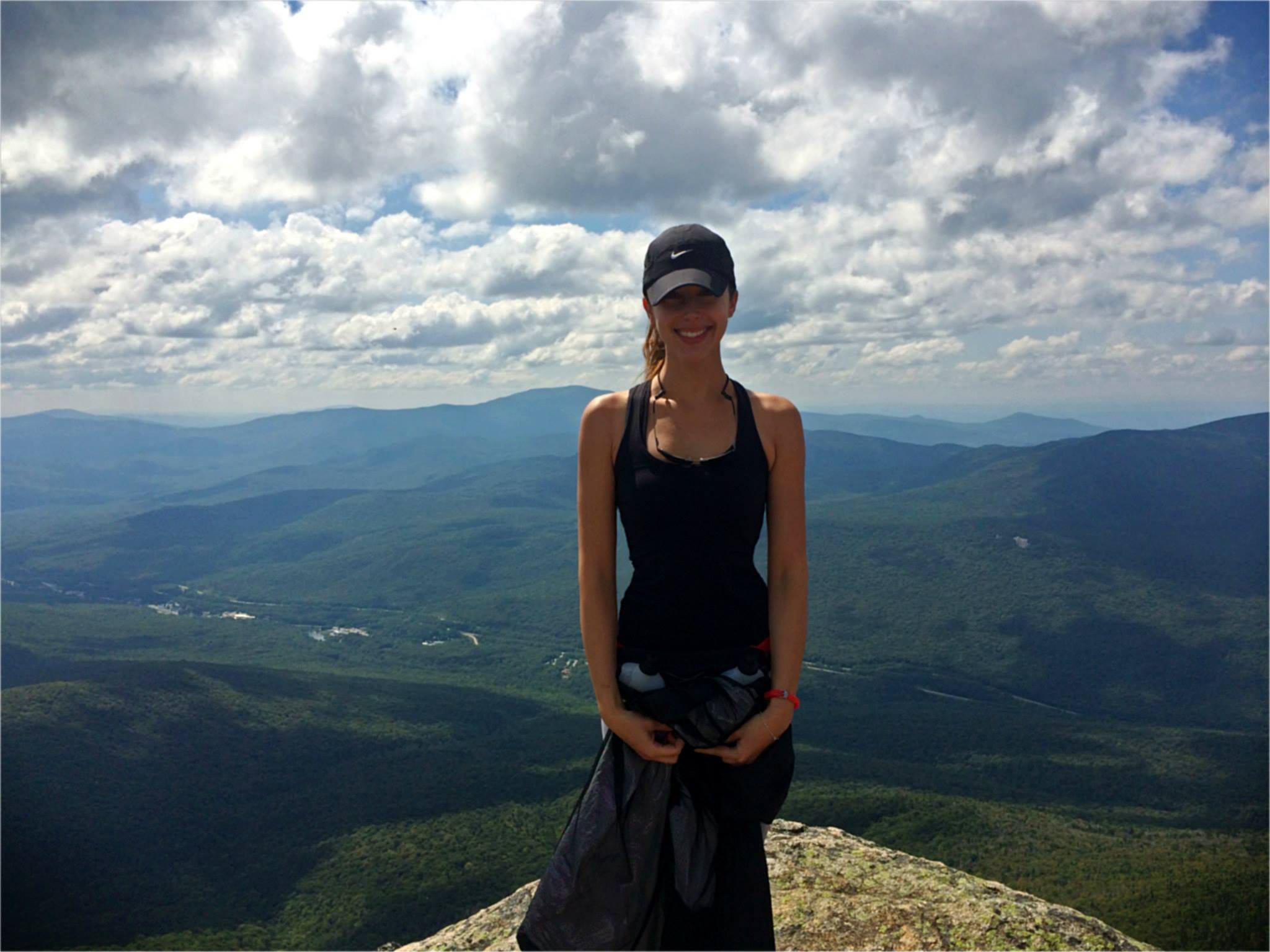 Lauren NicholsNichols hiking before she got sick.

“How can I be recovered when I’m still having some symptoms?” he said, adding, “There’s no closure. I’ve kind of made peace with that.”

Favini said there are two milestones for patients – clearing the virus and getting rid of symptoms – but both lack a concrete timeline.

“Recovery really has to depend on a person feeling back to normal,” he said. “For some of these folks with strokes, that damage is permanent and they may not have full recovery.”

Cruz and the other patients worry that the virus has done lasting damage to their health. Meeks isn’t sure whether she’ll ever fully regain her sense of taste and smell. Nichols is worried about permanent lung injury. They’re all trying to temper expectations to mitigate frustration and disappointment in the absence of concrete medical guidance.

“It’s just hard to plan your life at all when you are still feeling under the weather and you just don’t know how long that’s going to last,” Caroline said. “I’m not trying to get my hopes up that this will be over at any point.”

All four patients said they hope the public comes to better understand that cases can last for a while.

“I have never been sick this long in my life,” Meeks said. “The whole world is going to have to be patient with those of us who’ve had this while we navigate what is still happening inside our bodies.”