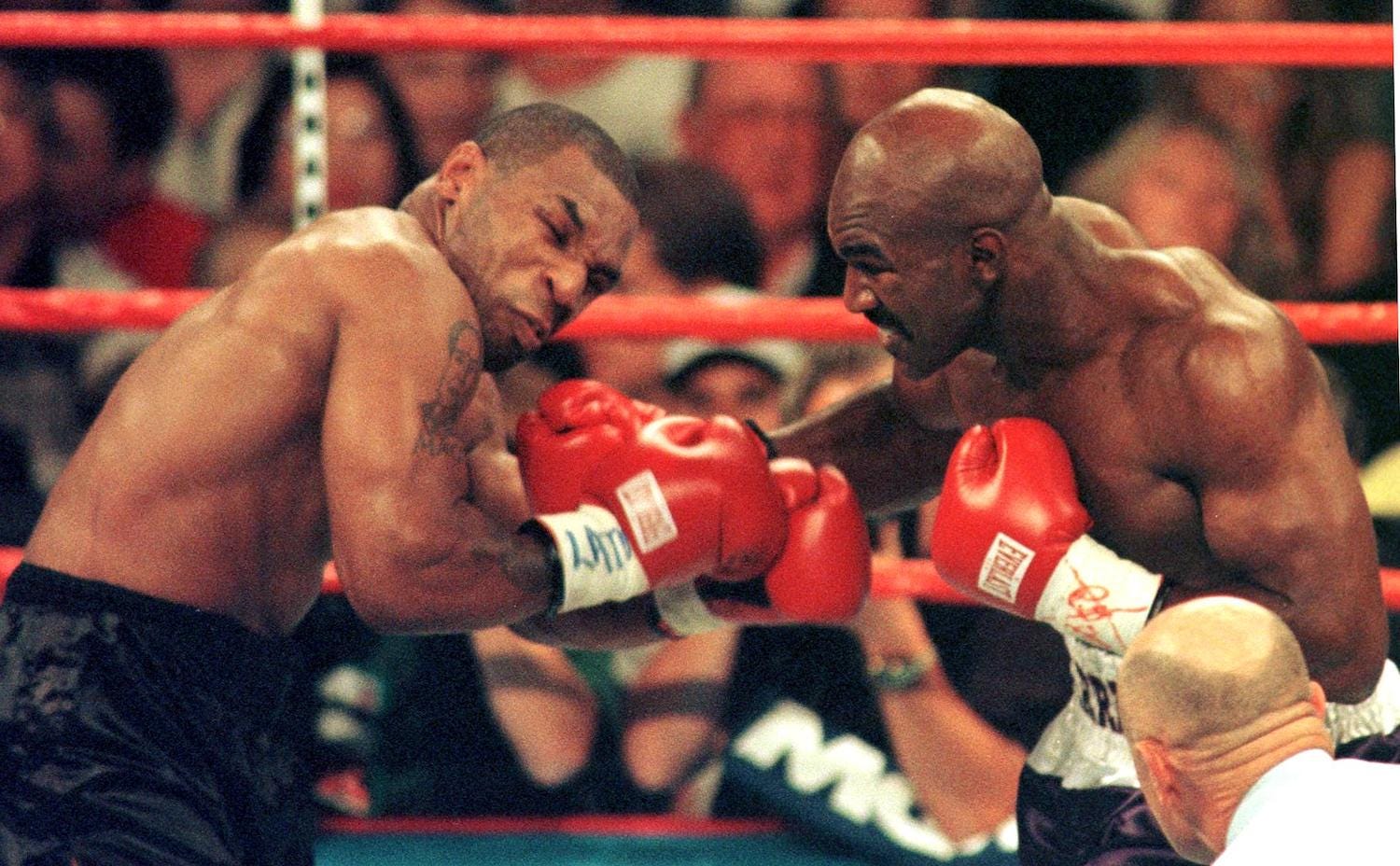 Mike Tyson has been warned against fighting his old rival Evander Holyfield in another boxing exhibition by fellow heavyweight great George Foreman.

Tyson returned to the ring for the first time in 15 years when he took part in an unofficial bout alongside fellow all-time great Roy Jones Jr. behind-closed-doors at the Staples Centre in November 2020.

The former heavyweights boxed commendably considering they’re both in their 50s, and the event became the best-selling boxing show of the year having sold to 1.56 million households in the US.

At the post-event press conference, Tyson told reporters at the time that he smoked weed before and after the exhibition, and would want to do it all again.

Since then, talks involving a trilogy bout with Holyfield, 58, have advanced, according to Holyfield himself.

“If I fought Mike, the fight will generate $US200 million,” Holyfield said. “It will be the biggest fight there is. I think Mike has my message already. It’s a decision he has to make now and we both have to be in an agreement.”

Holyfield already appears to be in fighting shape, posting photos of his muscle-clad body to his Instagram account.

On Twitter, George Foreman â€” who fought Muhammad Ali in the Rumble in the Jungle â€” said Tyson should avoid Holyfield altogether.

“With this one, Mike should let sleeping dogs like,” Foreman said.

With this one Mike should let sleeping dogs lie. https://t.co/1nuDslRiff

For his part, Foreman also opposed Tyson’s return against Jones Jr. He warned in July last year that the fight was “really dangerous” for both men.

Holyfield twice had the beating of Tyson when they fought in the late 1990s.

Their rivalry included an 11th round stoppage win for Holyfield in 1996, before a third-round disqualification the following year as Tyson couldn’t stop biting his opponent in what became notorious as the “Bite Fight.”

Holyfield ended his career in 2011 with a pro boxing record of 44 wins (29 knockouts) against 10 losses, two draws, and one no contest.