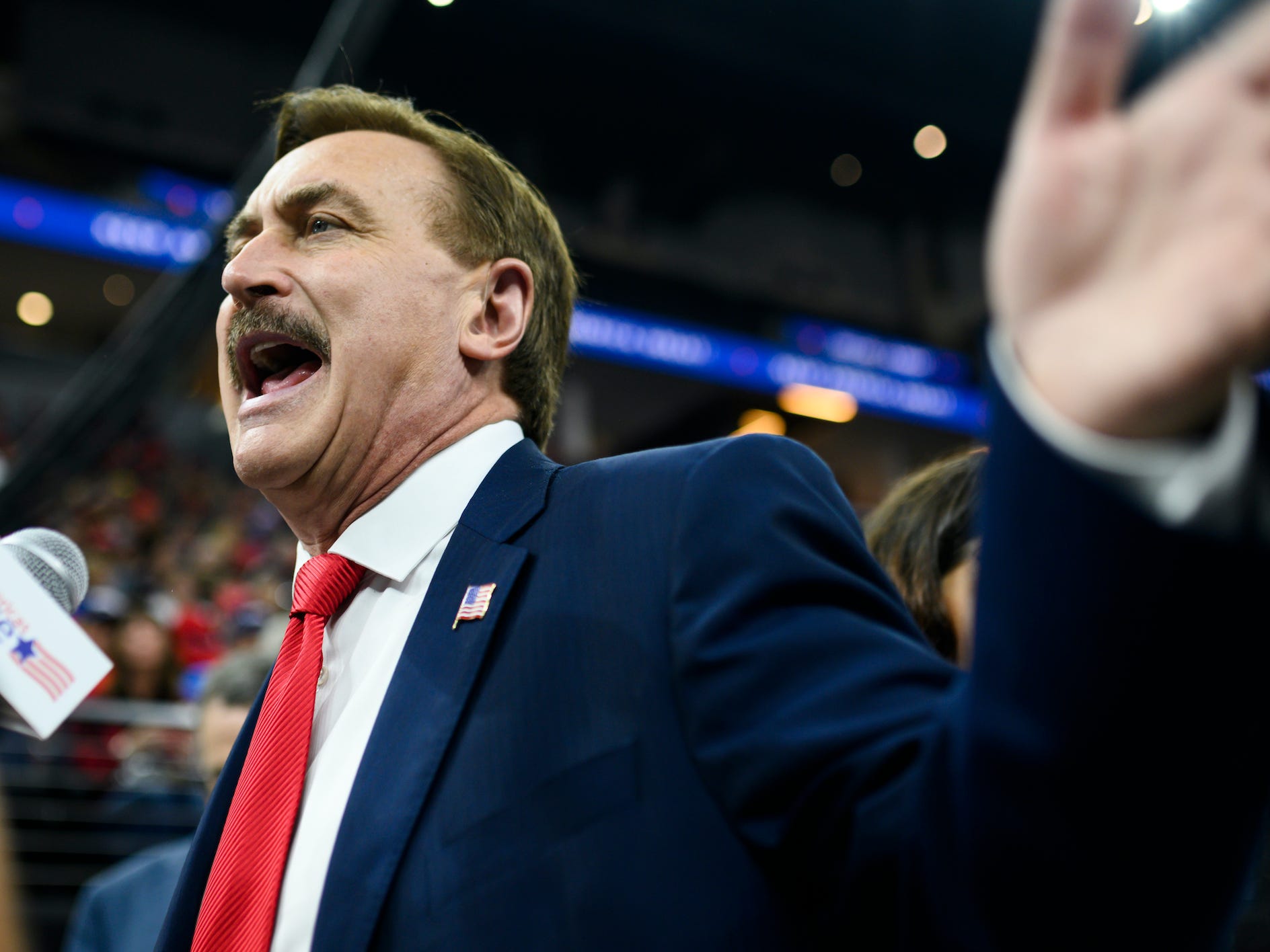 Users posted on messaging app Telegram that they stayed up waiting for the site’s launch, but that it never happened, Newsweek first reported.

Frank’s static webpage, which first went live in late March, now says that the site will launch for VIP users on Sunday.

Read more:
The MyPillow guy says God helped him beat a crack addiction to build a multimillion-dollar empire. Now his religious devotion to Trump threatens to bring it all crashing down.

Lindell, a staunch supporter of former President Donald Trump, announced plans to launch a social-media site that heralds free speech in early March after being banned from Twitter.

Lindell said people who submitted their cellphone number on the webpage would receive a text code giving them access to the site at midnight on Thursday.

He added that the site was due to launch more widely at 9 a.m. on Monday for a two-day “Frankathon,” during which he would broadcast live on the site.

But fans posted on Lindell’s Telegram page in the early hours of Friday morning to complain that they had been unable to access the site, per screenshots shared by Newsweek.

One user called it a “huge let down,” while another said the delay “doesn’t feel good.”

Some users said they submitted their cellphone number to gain VIP access. They were texted a code but there was nowhere on the site to enter it. Users also flocked to Lindell’s Facebook page with similar complaints.

Some speculated that it could be a problem caused by time zones.

“Launch is a fail but that’s forgivable, not communicating isn’t,” one user wrote on Telegram, per a screenshot shared by Petrizzo.

The VIP launch date has since been changed to Sunday on Frank’s website but the comments on Telegram suggest people that signed up for VIP access weren’t told about the delay.

Frank uses the tagline “the voice of free speech,” and Lindell has previously said he would use the site to share evidence of his voter-fraud theory, which has been thoroughly debunked.

He added that he had worked on the site for four years and it would be a “platform like no other.” Lindell also said he had spent millions of dollars on the site’s security over the last four weeks because he expected the site to be the victim of cyberattacks.

Lindell said Frank would be “kind of like a YouTube-Twitter combination.”

Frank’s updated description also says the response to the site has been “amazing.” He added that multiple media personalities have signed up to join its broadcast network.