Experts say Dominion and Smartmatic could win their defamation lawsuits, but MyPillow CEO Mike Lindell says they have 'zero' chance 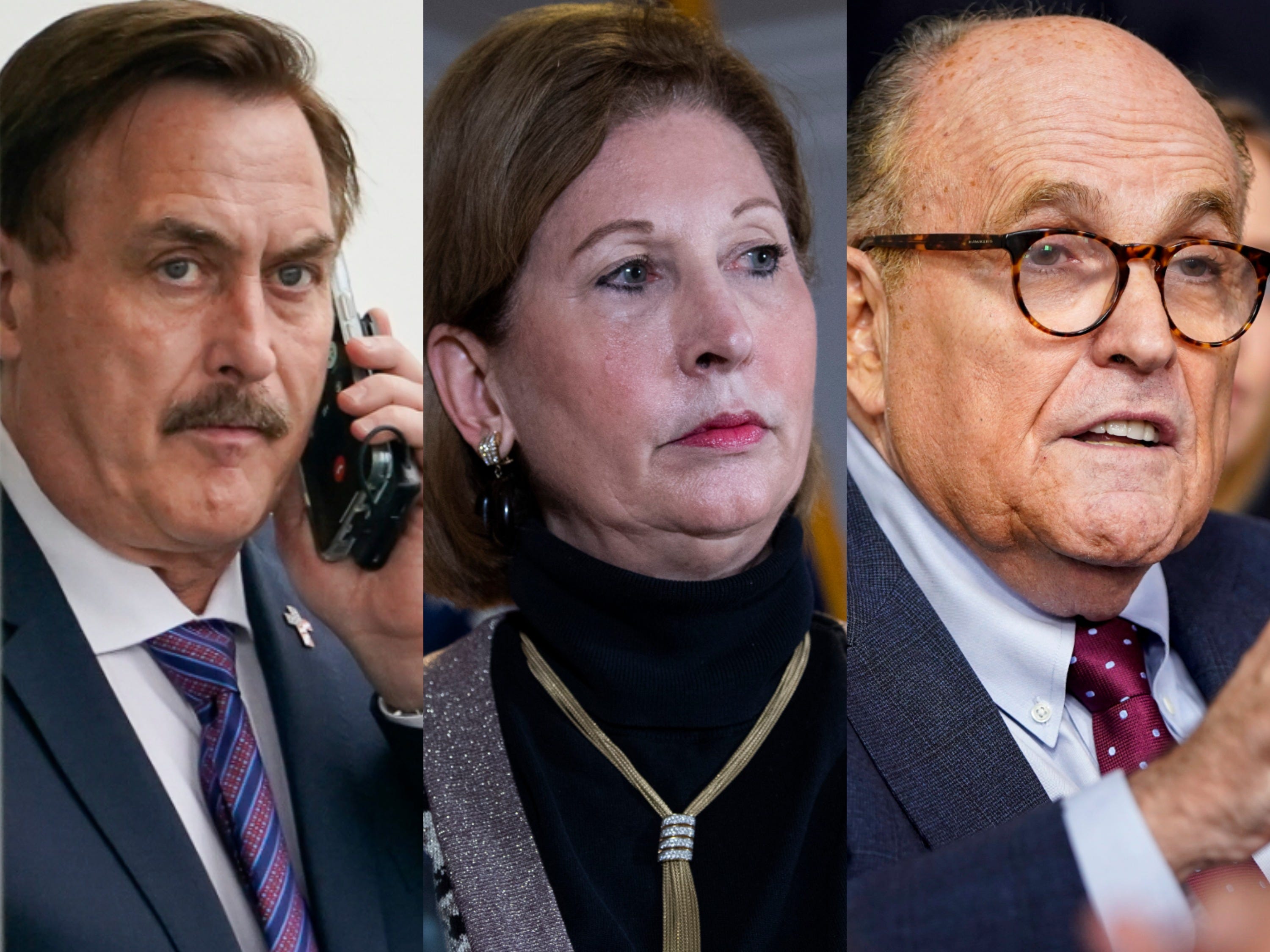 Dominion Voting Systems and Smartmatic have sued several Trump backers for billions of dollars, and experts say they may succeed if they can pass the high bar required in proving defamation.

The companies alleged the defendants, which in various lawsuits include former President Donald Trump’s lawyer Rudy Giuliani, the former Trump campaign lawyer Sidney Powell, MyPillow CEO Mike Lindell, and Fox News, spread conspiracy theories about their voting machines after the 2020 election. To win the cases, Dominion and Smartmatic would need to prove the defendants made false and harmful statements. Plus, the companies could be considered public figures, meaning they’d have to prove the defendants knew their statements were false or reckless in order for them to meet a standard of “actual malice.”

“In the interest of promoting the falsehood that Trump won the election, these folks have all done pretty severe harm to an entirely innocent company,” Andrew Koppelman, a political-science professor at Northwestern, told Insider in a January interview. “I could easily see how a jury would find that reprehensible enough for more damages.”

David Schulz, a defamation scholar at Yale Law School, told CNBC the cases were “applying pretty settled law in this country.” An expert from Harvard Law School told the news outlet that there was “pretty good evidence” against Giuliani and Powell that would prove “actual malice.”

Smartmatic filed a $US2.7 ($3) billion lawsuit against Giuliani, Powell, Fox News, and several on-air personalities on February 4. The company said Fox News gave Giuliani and Powell a platform to spread falsehoods about its election technology. Proving Fox News defamed Smartmatic would be more difficult, though, as the defendant said it was just covering the news, CNBC said, citing legal experts.

In an emailed statement, Smartmatic’s lawyer J. Erik Connolly, of Benesch, Friedlander, Coplan & Aronoff LLP, said the company “is confident in its case.”

Fox News, Giuliani, and Powell did not respond to Insider’s requests for comment.

Dominion filed separate lawsuits against Powell, Giuliani, and, most recently, Lindell and his company, MyPillow, seeking at least $US1.3 ($2) billion in each case. The election-technology company said it would continue to take legal action against people who spread baseless claims that say its voting machines were used to steal the 2020 election. Dominion did not immediately respond to Insider’s request for comment.

In an interview with Insider Thursday, Lindell said Dominion’s prospect of winning was “zero, zero, and zero,” adding: “They don’t have one single chance of winning.” He said the lawsuits were part of cancel culture’s attempts at silencing voices.

“I looked at it as a great day for America when they sued me. I can put the evidence for the whole world to see, and it’ll be public record, and the media will quit trying to suppress it,” Lindell, who built the multimillion-dollar MyPillow company, said.

In the lawsuit, Dominion said MyPillow’s use of online promotional codes like “QAnon” and “FightforTrump,” as well as Lindell’s election-fraud allegations, caused sales to jump 40%. But Lindell said he had lost multiple vendors, including Kohl’s and Bed Bath & Beyond, over the claims.