Filling middle seats on aeroplanes doubles the risk of catching COVID-19, according to an MIT study 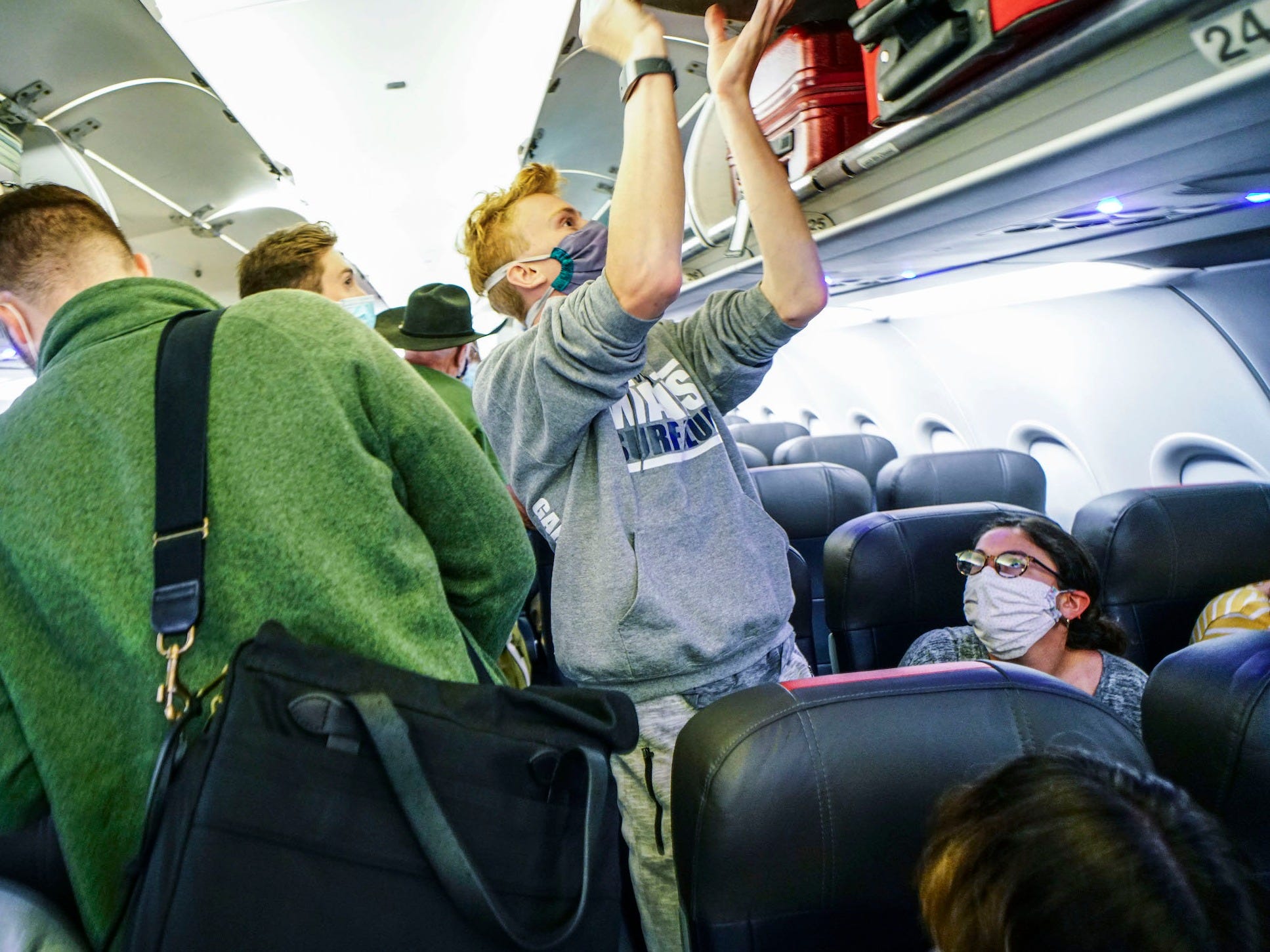 As many airlines begin filling their middle seats and ending the era of social distancing on flights, a new research paper from the Massachusetts Institute of Technology is raising questions about the risks associated with packing planes full of people.

According to the statistical model compiled by Arnold Barnett, a management science professor at the Massechussetts Institute of Technology, the risk of dying from COVID-19 as a direct result of flying is higher than the risk of dying in a plane crash.

The paper, which has not yet been peer reviewed, is titled “COVID-19 risk among airline passengers: Should the middle seat stay empty?”

According to the paper, the risks are fairly low, in the grand scheme of things. However, they’re still present, and there’s a significant difference between the chances of catching the disease if the middle seats are blocked or filled.

While that’s low, it’s significantly higher than the likelihood of dying in a plane crash, which is roughly 1 in 34 million.

The analysis, Barnett wrote, is admittedly “rough,” and is heavily based on statistics and figures published in a large meta-analysis in the journal The Lancet. It looked at infection rates of travellers coming from different parts of the US, estimated mitigation effects of mask wearing, and the distance between people in a row.

It also factored in various mitigation efforts the airlines are taking, like disinfection of surfaces, and the use of High Efficiency Particulate Air (HEPA) filters, along with air-circulation patterns on aircraft, and the fact that seat backs create an effective barrier between rows.

While the odds may seem low for an individual, Barnett told Business Insider that it comes down to a person’s risk tolerance.

“Everything’s riskier these days, so the question is, what do you want to compare it to,” Barnett said. “I don’t know whether or not one wants to treat the risk as low.”

If 600,000 Americans flew on a given day, the model suggests that about 140 would contract COVID-19 during a flight – assuming everyone wore a mask for the entire flight – if middle seats are filled. With middle seats left open, the number falls to about 78.

According to the Transportation Security Administration, the daily number of passengers in the US since June 25 has been between 500,000 and almost 765,000 each day except for July 4.

One argument that airlines have made for filling the middle seat is that even if they were left empty, passengers still wouldn’t be a full six feet away from each other, as social distancing guidelines suggest. Earlier this month, United Chief Communications Officer Josh Earnest said that blocking the middle seat is “a PR strategy. That’s not a safety strategy.”

However, Barnett’s model calculates the distance between passengers in both scenarios, and demonstrates that as distance between people increases, the risk of transmission decreases, regardless of whether that distance is above or below six feet. Because of that, the model finds the highest risk includes people in the same row as the person with COVID-19, as well as one row ahead and one row back.

“The Lancet came up with a formula that found that if you have people in direct physical contact, the risk of transmission is 13%,” Barnett said. Then, it decreases by a factor of two for every additional metre.

According to the International Air Transportation Association (IATA), the available real-world evidence suggests the risk of transmission on planes is low.

“We must arrive at a solution that gives passengers the confidence to fly and keeps the cost of flying affordable,” IATA director Alexandre de Juniac said. “One without the other will have no lasting benefit.”

IATA, which describes blocking the middle seat as economically unfeasible, cited contact tracing for several long-haul flights early in the pandemic that had COVID-19-positive passengers on board. Tracing found no on-board transmission on both flights

During a recent Senate hearing, Dr. Anthony Fauci, the top infectious diseases official at the US National Institutes for Health, criticised airlines that did not block the middle seat.

“Obviously, that’s something that is of concern,” Dr. Fauci said. “Avoiding crowds, staying distant, and when in a situation like that, wear a mask – I think in the confines of an aeroplane, that becomes even more problematic.”

Dr. Robert Redfield, the director of the US Centres for Disease Control and Prevention, agreed.

“I can tell you that when they announced that the other day, obviously there was substantial disappointment with American Airlines,” Dr. Redfield said.

For their part, American and United say that they’re taking stringent precautions against the disease. Both airlines allow passengers to change flights if their original flight is filling up – assuming an emptier one is available – and both have partnered with medical institutions to develop a disinfecting regime.

“We are focused on delivering a new level of cleanliness and putting the health and safety of our customers and employees at the centre of everything that we do,” a spokesperson for United said.

“We are unwavering in our commitment to the safety and well-being of our customers and team members,” an American Airlines spokesperson said. “We have multiple layers of protection in place for those who fly with us, including required face coverings, enhanced cleaning procedures, and a pre-flight COVID-19 symptom checklist – and we’re providing additional flexibility for customers to change their travel plans, as well.”

Ultimately, Barnett said, the key takeaway of his paper is that there’s a safety difference between a full and an empty middle seat.

“There’s a difference, it’s measurable, and whether or not it’s a large difference depends on one’s perspective.”