Microsoft tried to snap up the online pinboard platform Pinterest in recent weeks, people familiar with the matter told The Financial Times on Wednesday.

The negotiations are not active, the people said. Microsoft’s acquisition strategy is focused on collecting a range of active online communities, which it can run on its cloud computing platform, Azure, they added.

Microsoft’s acquisition of Pinterest, valued at $US51 billion, would have been its largest deal. It would also be twice as big as its purchase of LinkedIn in 2016 for $US26.2 billion.

Pinterest, the social media site where people “pin” images and seek inspiration in home decor, food and fashion, has hinted in the past it wants to remain independent.

The social media platform, founded in 2009, has boomed during the pandemic as customers have spent more time online. Over the past year, Pinterest has gained more than 100 million monthly active users and now has more than 450 million users around the world.


Read more:
Microsoft still hasn’t told retail employees where they will be required to work and some are panicking, leaked discussion shows

On Friday, Pinterest reported it turned in revenues of $US706 million in the fourth quarter of 2020, beating analyst estimates by $US58 million.

The last time Microsoft tried to get its hands on a popular social media company was in 2020, when it was in the race to buy Chinese app TikTok. But its bid was rejected by TikTok’s owner, ByteDance. 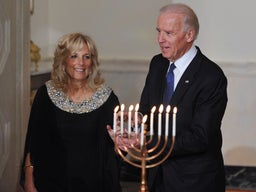