Microsoft shares slumped as much as 2.8% on Thursday, cutting roughly $US46 billion out of the company’s market cap after earnings failed to impress investors.

The company beat expectations for fiscal fourth-quarter revenue and earnings when it reported results after markets closed on Wednesday. Revenue of $US38 billion surpassed the $US36.5 billion expectation and grew about 12.8% from the year-ago period. Profits totaled $US1.46 per share, beating the $US1.37 estimate.

Still, Wall Street wasn’t swayed. The tech giant’s stock tumbled in early trading as investors fixated on worse-than-hoped results from its “productivity and business processes” unit. The business includes the Office 365 cloud software package and Microsoft’s Teams app. The segment’s revenue landed at $US11.75 billion, below the $US11.9 billion expectation.

Part of the decline was attributed to a second-straight quarter of slowdown in Microsoft’s transactional licensing. The process refers to the traditional method of buying software in a one-time purchase.

The company now finds itself in a middle ground between the two practices, with a “continued customer shift to cloud offerings from multi-year on-premises agreements,” Microsoft said.

The company’s rapidly growing cloud-computing business Azure also missed targets. The segment’s revenue gained 47% in the quarter, falling just below the hoped-for 49% increase. The reading also came in 12 percentage points below the prior quarter’s growth, leading Wall Street to fear a sharp deceleration for the key business.

Some analysts see the decline as a strong opportunity for long-term investors. Bank of America lifted its price target for Microsoft shares on Thursday to $US250 from $US230, implying an 18% upside over the next 12 months. The firm’s analysts see the next year as “constructive” for the tech giant. Microsoft’s commercial cloud revenue should face easier comparisons in the second half of 2021 and sales could even reaccelerate, the analysts said.

“We view any weakness in the stock as a particularly attractive buying opportunity,” Bank of America said.

The tech company was the third-biggest loser in the 30-stock Dow Jones industrial average on Thursday. The market broadly dipped as investors weighed the first increase in jobless claims since March.


Buy these 19 cheap healthcare stocks poised to beat the market regardless of election outcome and the fate of Obamacare, BTIG says 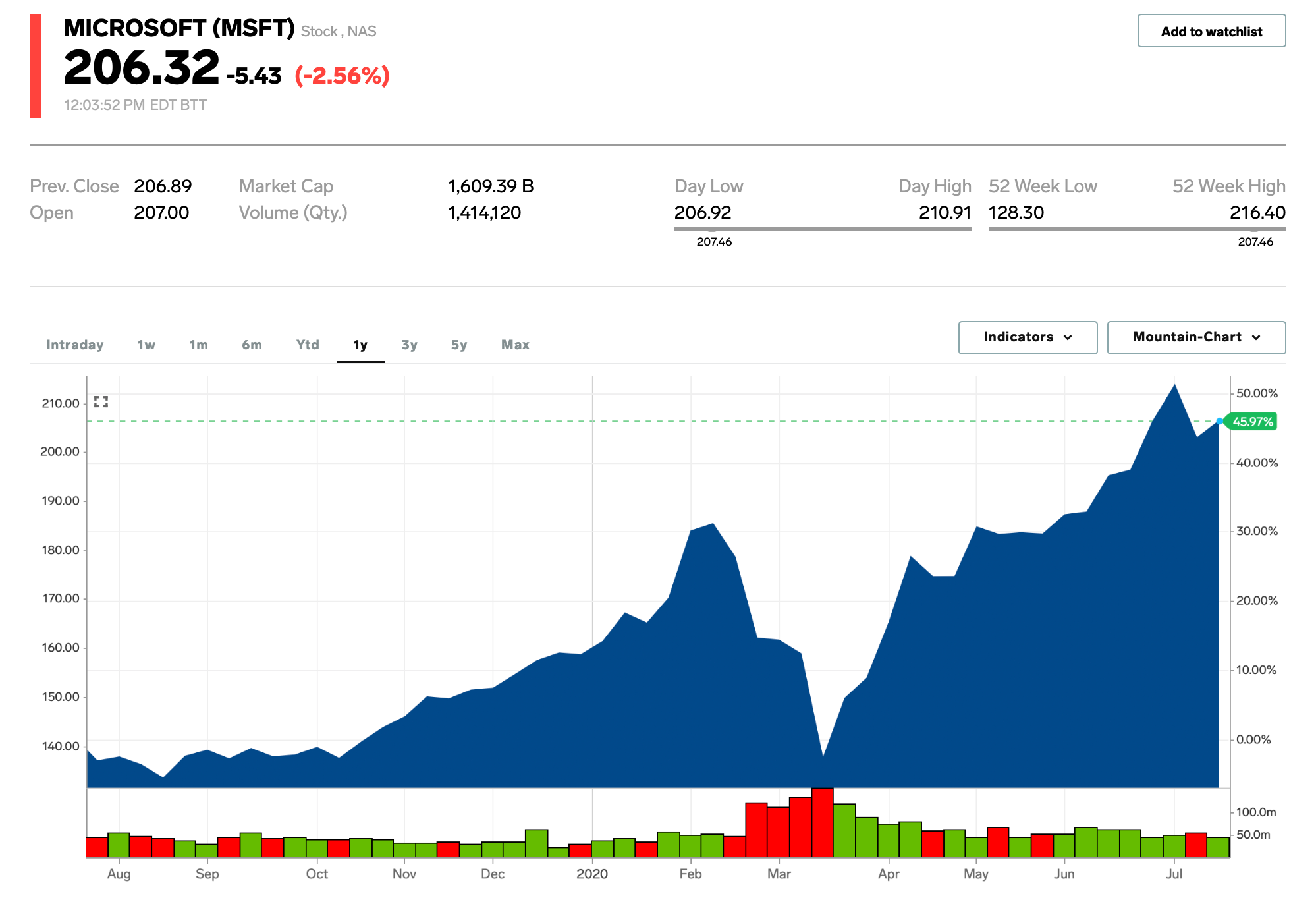