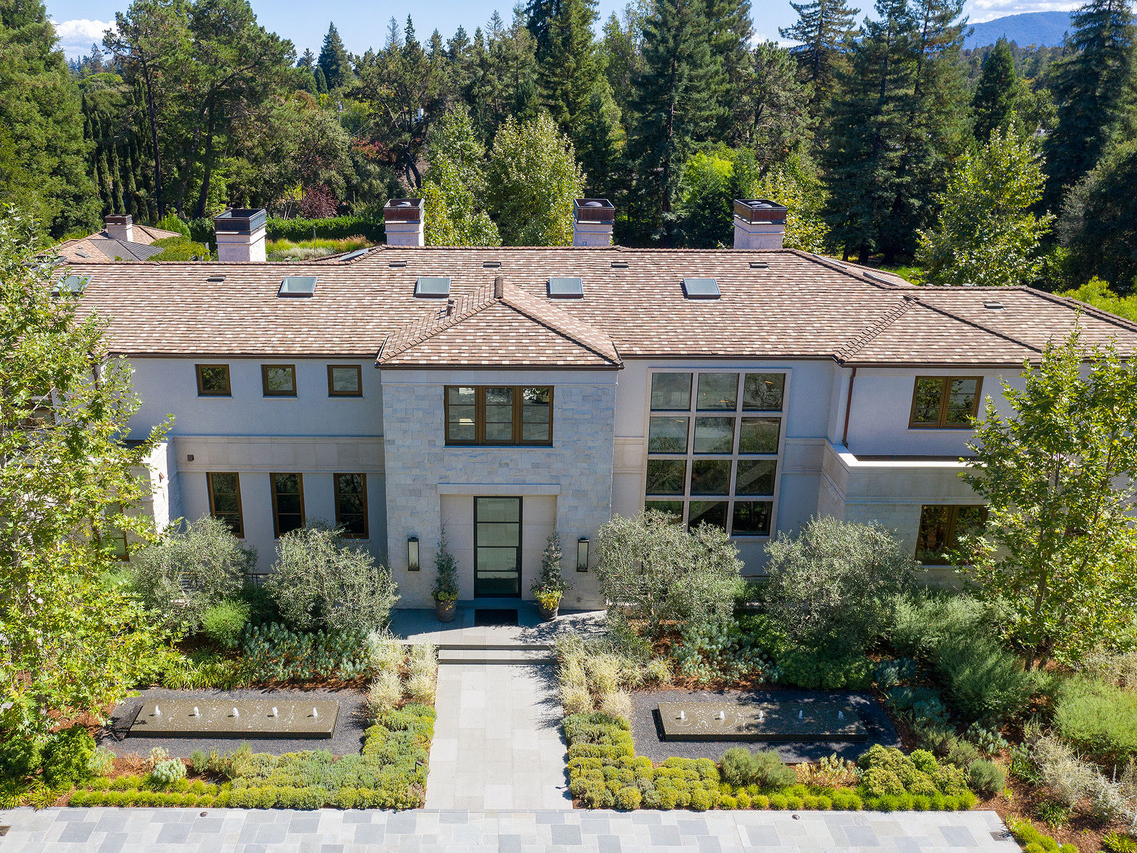 Allen died in 2018 at 65 years old from cancer. Though less wealthy and famous than his cofounder Bill Gates, Allen had an estimated net worth of $US20 billion when he died. He became more well-known outside of Microsoft’s home in Seattle in 2011 when he published his memoir. In addition to this large Atherton property, Allen collected other mansions, including one in Malibu, California and owned several sports teams.

Allen’s Atherton property first went on the market in October, asking nearly $US41.5 million. In a sale that closed on February 11, the house sold for $US35.25 million.

Courtney Charney, the listing agent for the home with Parc Agency, told Realtor.com that it was “among the top three or four sales ever in Atherton.” Atherton, California, in Silicon Valley is the most expensive zip code in the US, with a $US6.7 million median home price. The town is home to many of Silicon Valley’s elite, including Facebook’s Sheryl Sandberg and venture capitalists Marc Andreessen and Ben Horowitz.

“This property is a stand out in Atherton because the estate is on nearly 1.9 acres, which is larger than most properties in Atherton,” Charney told Business Insider.

Take a look inside here.

The property, on 1.9 acres, sits back from the street and feels like a “true retreat,” Charney told Business Insider, which she said makes it appealing to buyers. 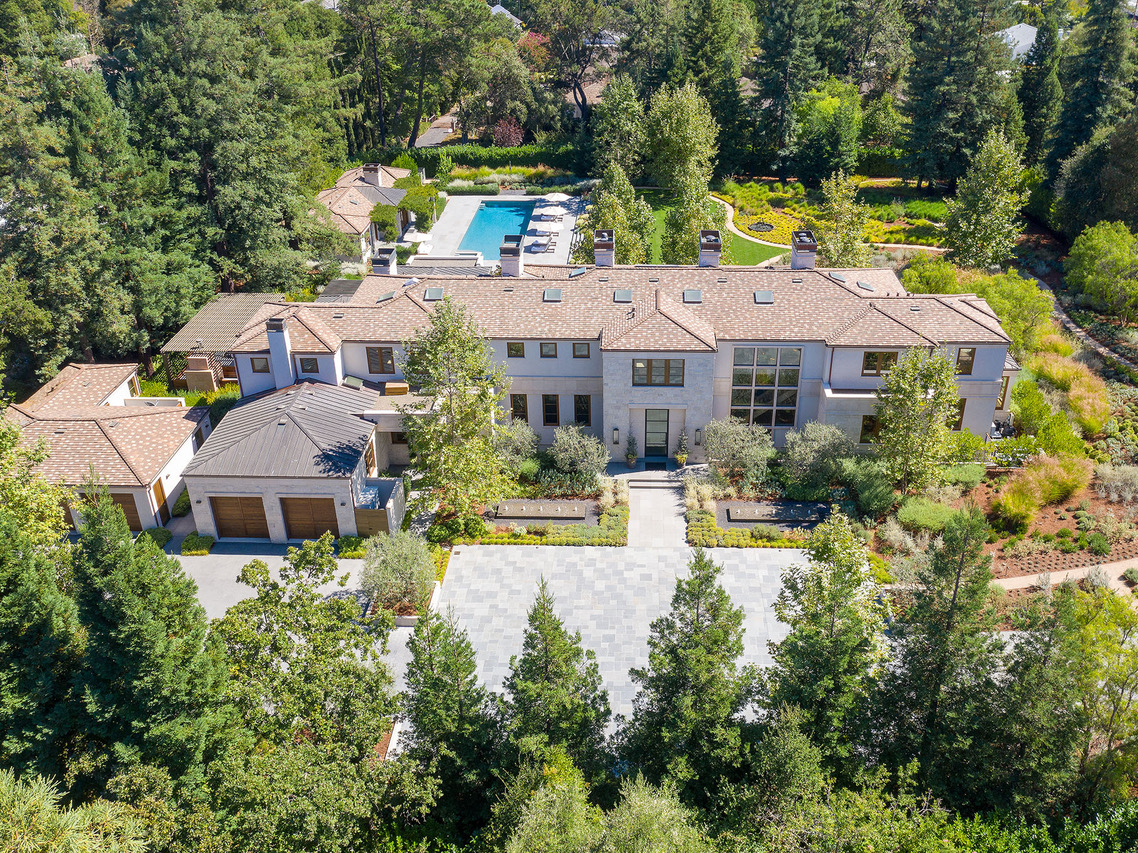 The main house is about 18,000 square feet, plus a two-bedroom guesthouse. “While the overall square footage numbers are large, the home’s design and layout, as well as the consistency of materials make the home feel very intimate and warm,” Charney said. 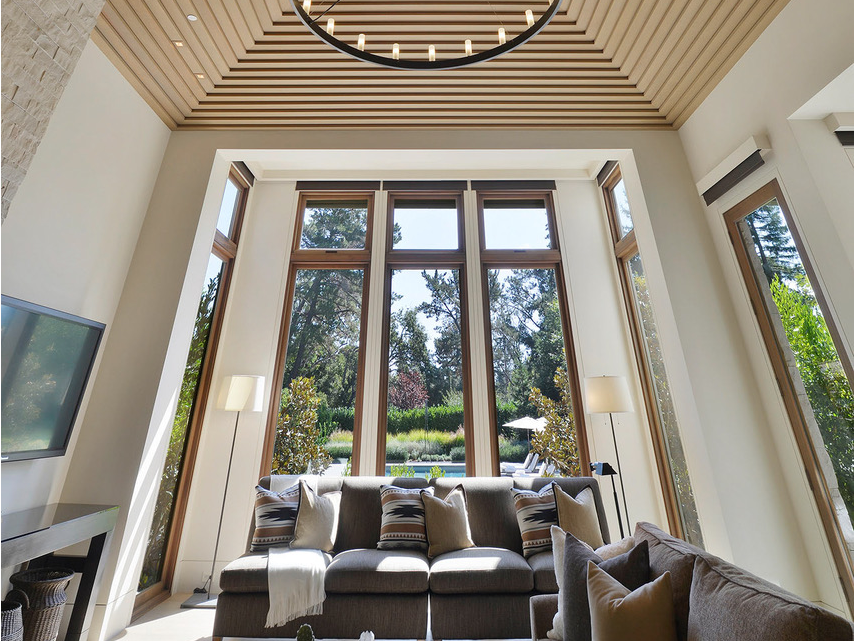 The home was completed in 2013, and Charney said it was “impeccably maintained,” and felt like new to buyers. Allen reportedly bought the property new for $US27 million that year. 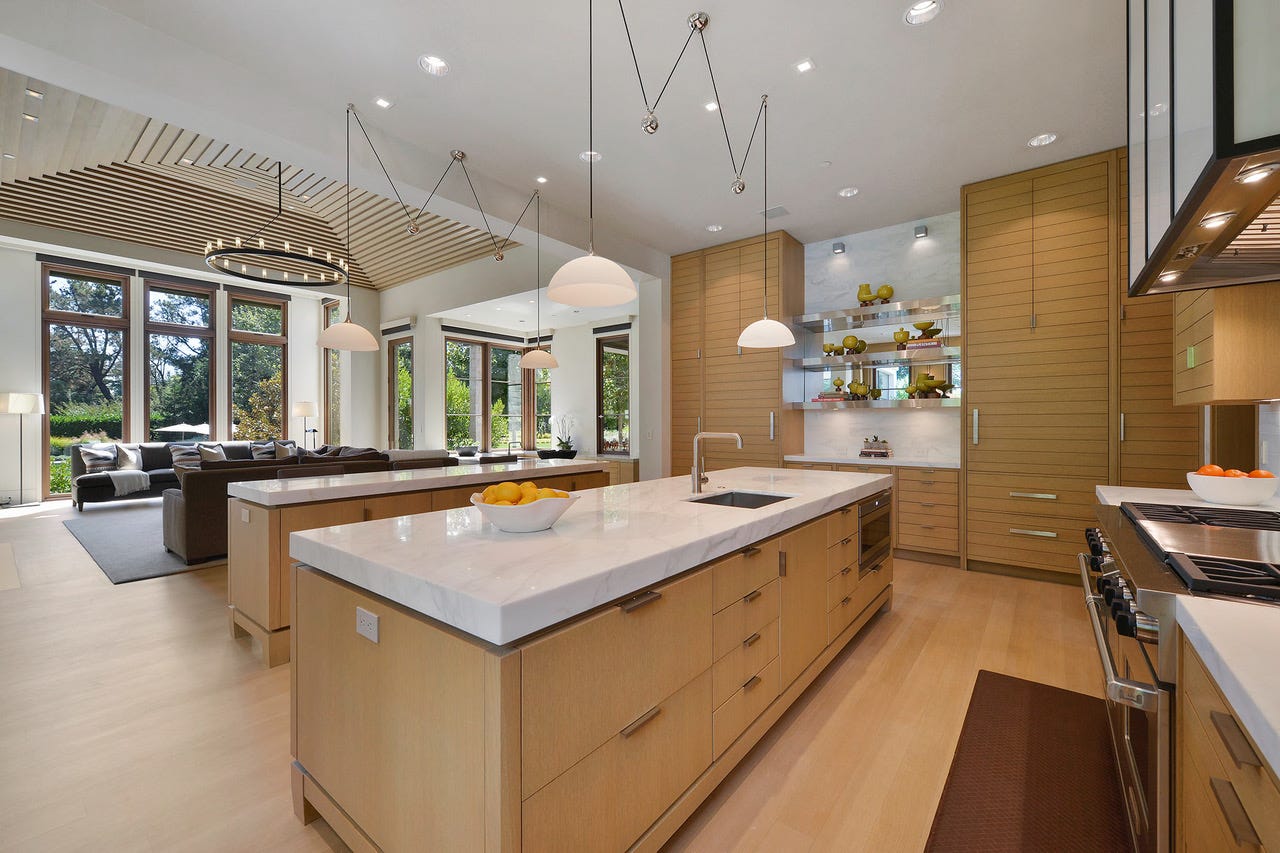 According to Charney, the home is in a transitional style, so buyers could imagine incorporating modern or more traditional furnishings. 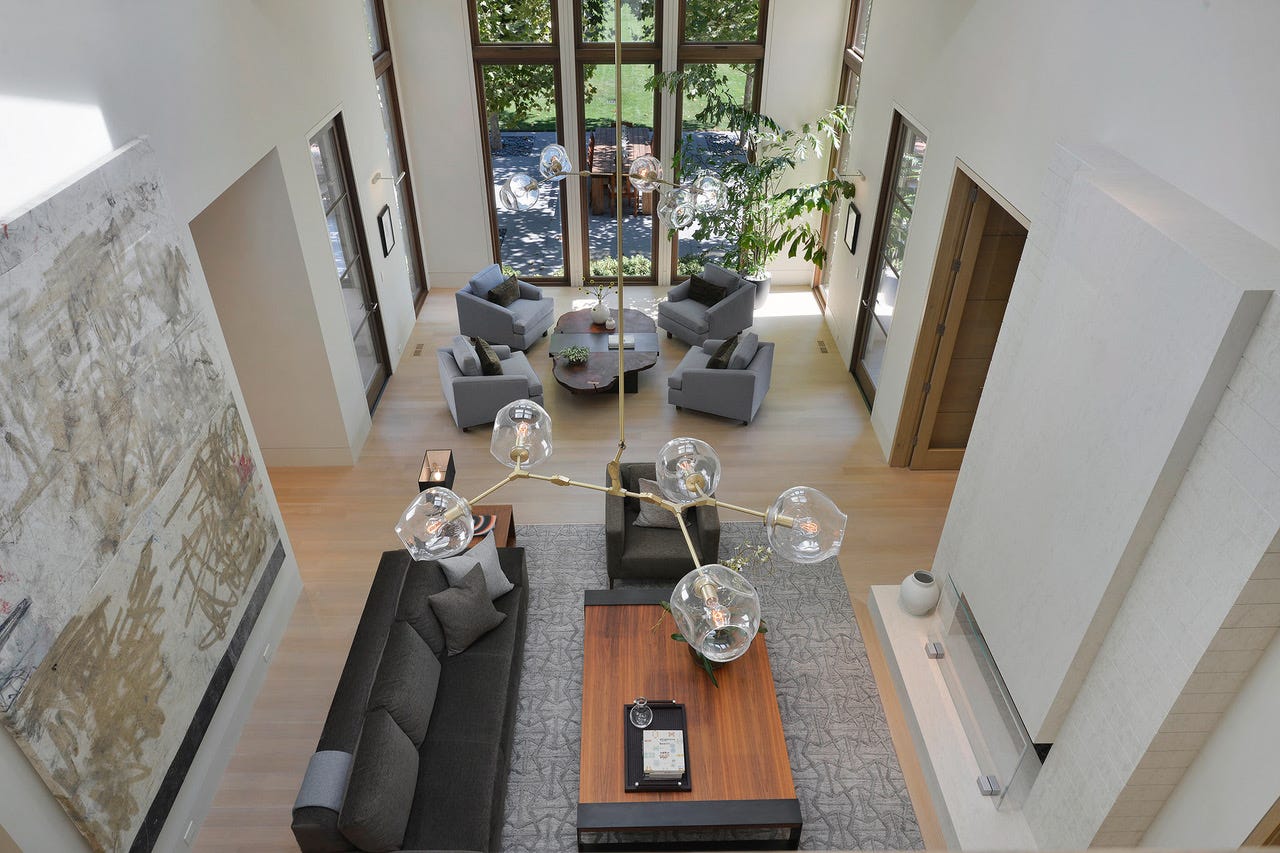 It has consistent warm woods, neutral stones, and “art-like light fixtures” throughout the home. 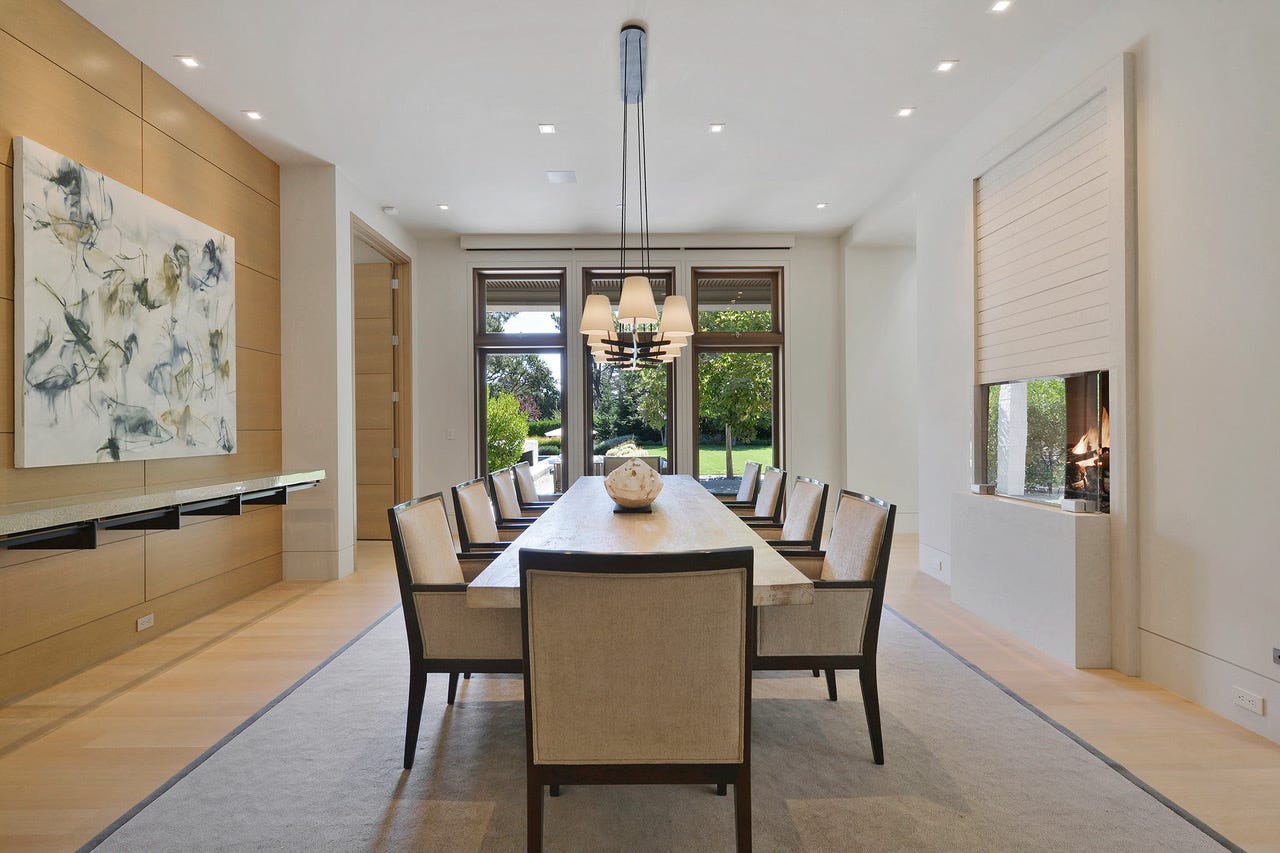 Floor to ceiling windows, a library, and a den make the home welcoming. 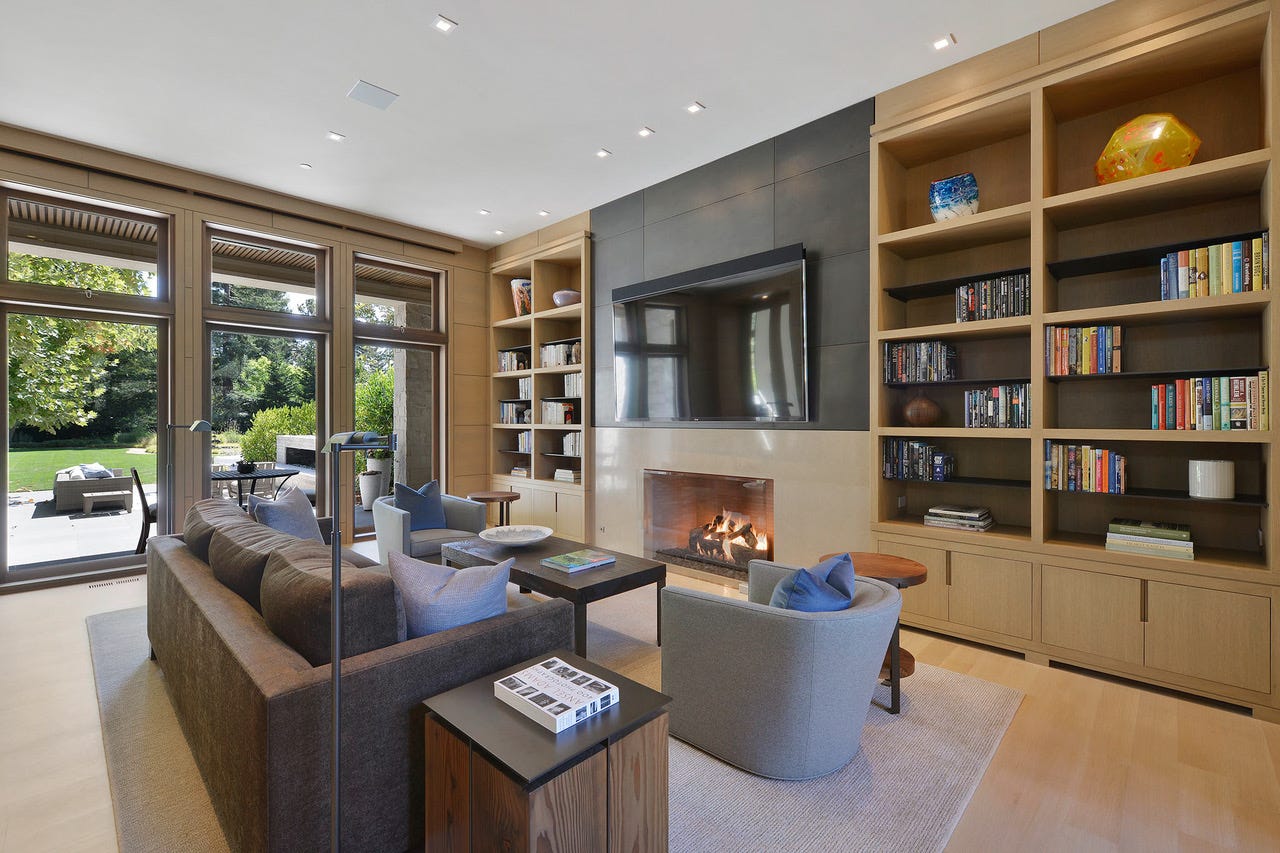 A screening room is one of the highlights of the home. 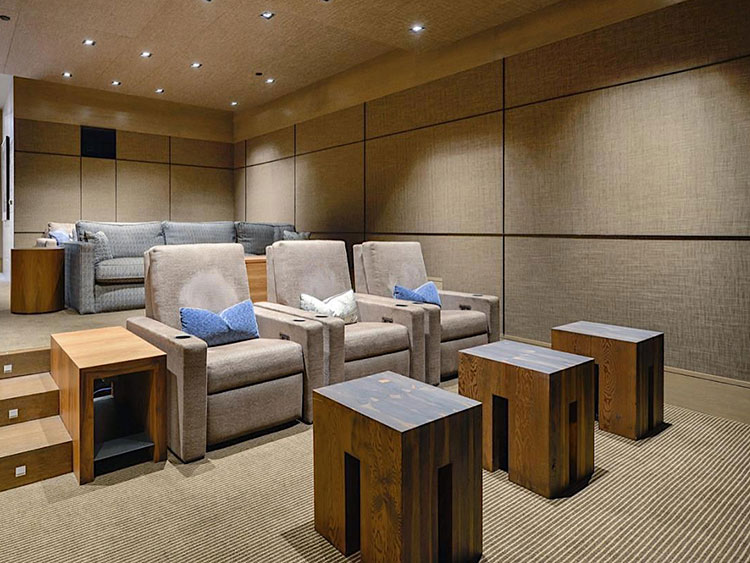 Upstairs is the master bedroom, one of seven bedrooms total. 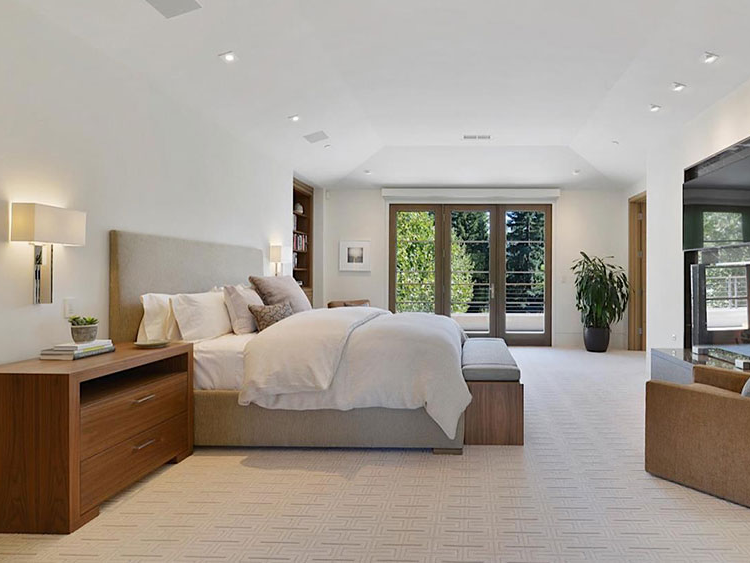 The home also has eight full bathrooms and five half baths. 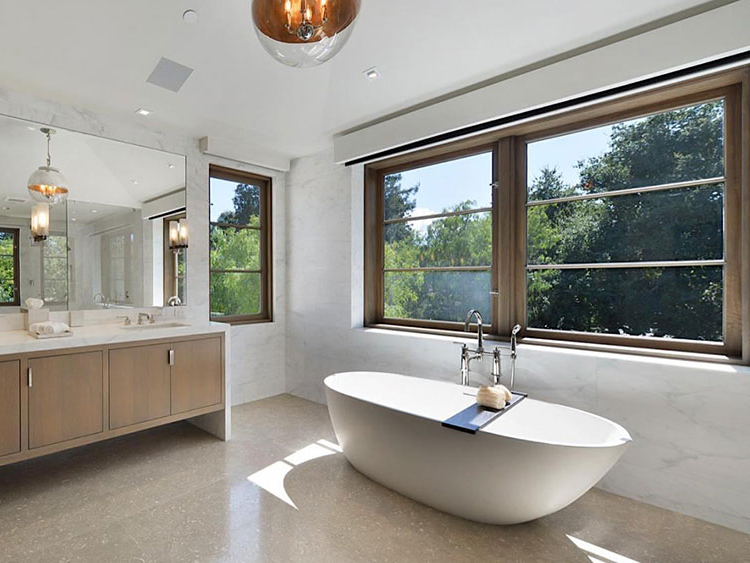 Charney also said that the grounds, which were remodeled a few years ago, feature both a manicured lawn and a wild meadow, which appealed to buyers. 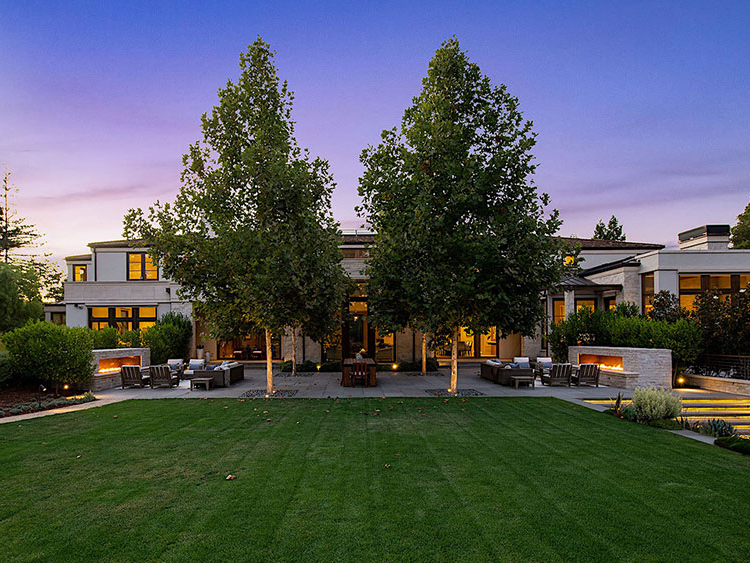 Outdoors a pool, cabana, and seating area complete the grounds. 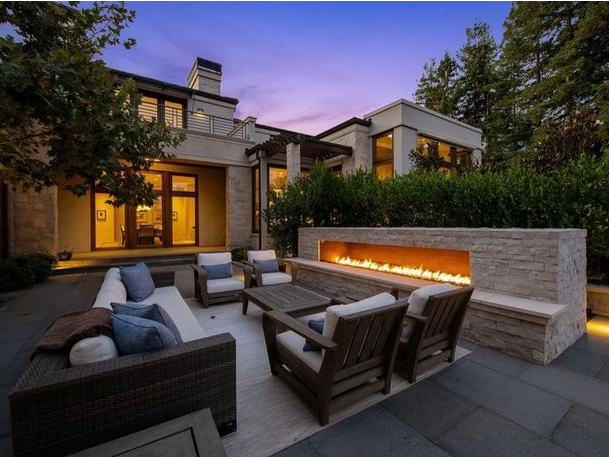