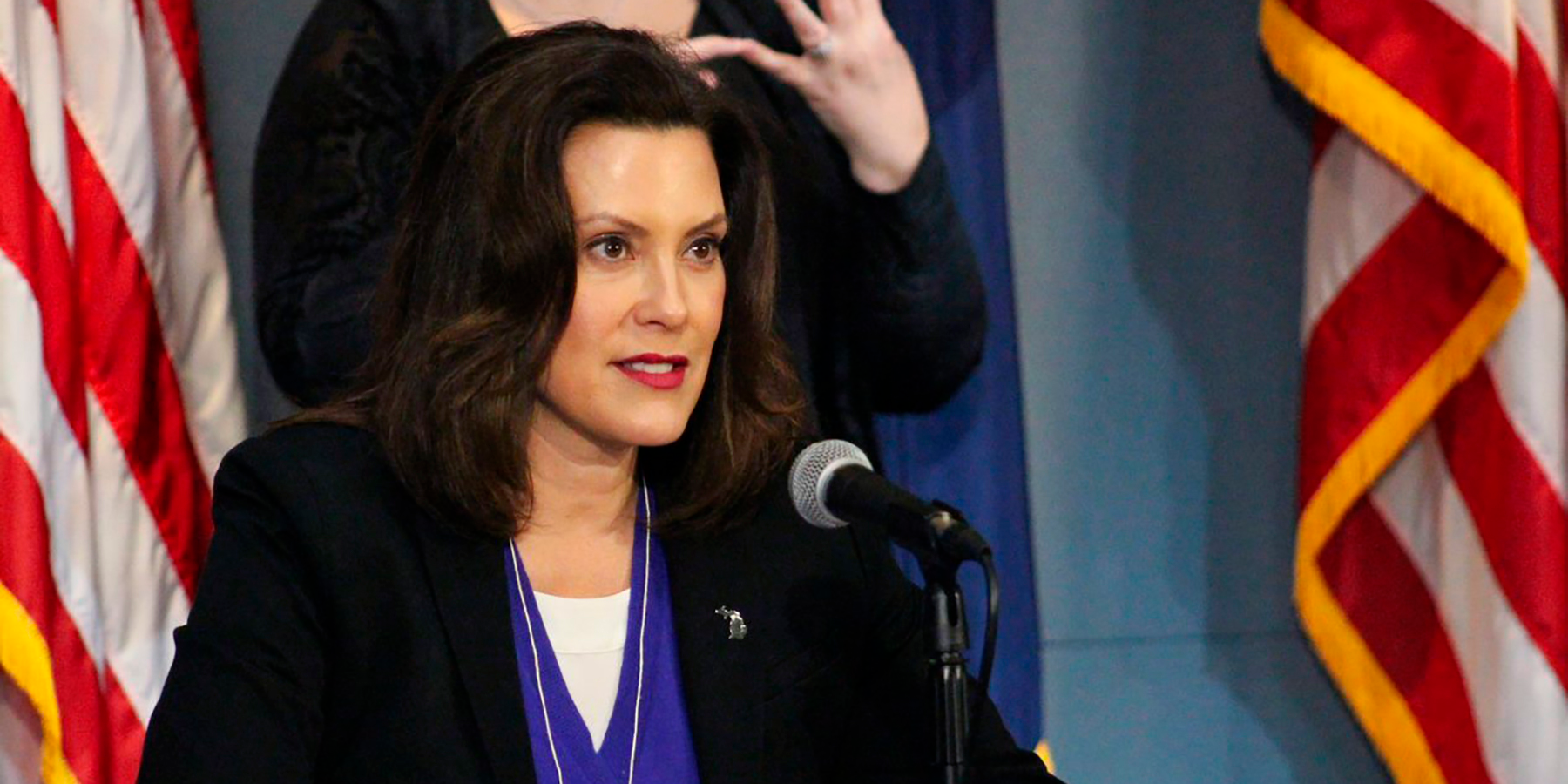 Associated PressThis photo provided by the Michigan Office of the Governor, Michigan Gov. Gretchen Whitmer addresses the state during a speech in Lansing, Mich., Friday, April 17, 2020. Whitmer said she hopes to gradually begin reopening the state’s economy on May 1 after weeks of a strict stay-at-home order that has crippled businesses and caused more than 1 million unemployed people to seek aid during the coronavirus crisis. (Michigan Office of the Governor via AP, Pool)

On Wednesday, hundreds of angry Michigan residents gained national attention for descending on the state capitol in their cars and trucks to protest Gov. Gretchen Whitmer’s strict stay-at-home order.

But the protesters aren’t reflective of broader public opinion in Michigan, which overwhelmingly supports Whitmer’s performance but disapproves of President Donald Trump’s handling of the crisis,according to a poll released Monday from the Detroit Regional Chamber and the Glengariff Group.

The poll, which surveyed 600 Michigan residents between April 15 and 16 with a margin of error of ± four percentage points, found that 57% of Michiganders approved of Whitmer’s handling of the crisis compared to 37% who disapproved, giving her a net approval rating of +20 percentage points.

When it came to President Donald Trump’s handling of the crisis, however, Michigan residents disapproved of the president’s actions by a net negative margin of six percentage points, with 44% approving and 50% disapproving.

The poll also found stark splits along gender lines in both Michiganders’ approval of both Whitmer and Trump. Women disapproved of Trump’s performance by a margin of 39% to 54%, and men approved of his handling of the crisis by a slim margin of 49% to 46%.

And while both women and men approved of Whitmer’s performance, women approved of her handling of the crisis by a larger margin of 64% to 32% compared to 49% to 42% approval among men.

Over the past few weeks, Whitmer has received a slew of backlash for her stringent stay-at-home executive order, which she imposed on April 9 as cases in the state surged, particularly in the metro Detroit area.

The order clamps down on which items are considered essential in big-box retail stores, closed golf courses and public waterways, and drastically limited intrastate travel, barring Michigan residents from going to their cabins in the rural parts of the state, which many residents criticised for infringing on individual liberties.

The Facebook event for last Wednesday’s protest, promoted by the Michigan Conservative Coalition and the Michigan Freedom Fund, instructed people to stay in their cars and “honk horns, paint cars or bring signs” to express their displeasure. Still, many people got out of their cars and protested the order on foot, violating social-distancing guidelines.

The governor’s office and public-health experts have insisted that stay-at-home orders are necessary to mitigate the spread of the virus to more rural parts of the state that don’t have the hospital and public-health infrastructure to handle a surge of cases.

Despite sizeable anti-lockdown protests over the weekend in states including Wisconsin, Minnesota, Florida, Texas, Indiana, and more, Americans as a whole overwhelmingly back stay-at-home orders and oppose the protests demonstrating against statewide lockdowns and closures of non-essential businesses.

A Huffington Post/YouGov survey conducted April 17 and 18 found that 81% of Americans support statewide stay-at-home orders, with just 8% opposing such orders. 89% of respondents said they were personally staying home to the greatest extent possible, compared to just 6% who said they were not.

Similarly, a national YouGov/Yahoo News poll conducted between April 17 and 19 found that 60% of Americans oppose the protests that have broken out in many states, with just 22% supporting the demonstrations. Even among Republicans, a plurality of 47% said they opposed the protests compared to 36% who supported them.