A group of Michigan voters are suing the Trump campaign for disenfranchising Black voters, lawsuit alleges 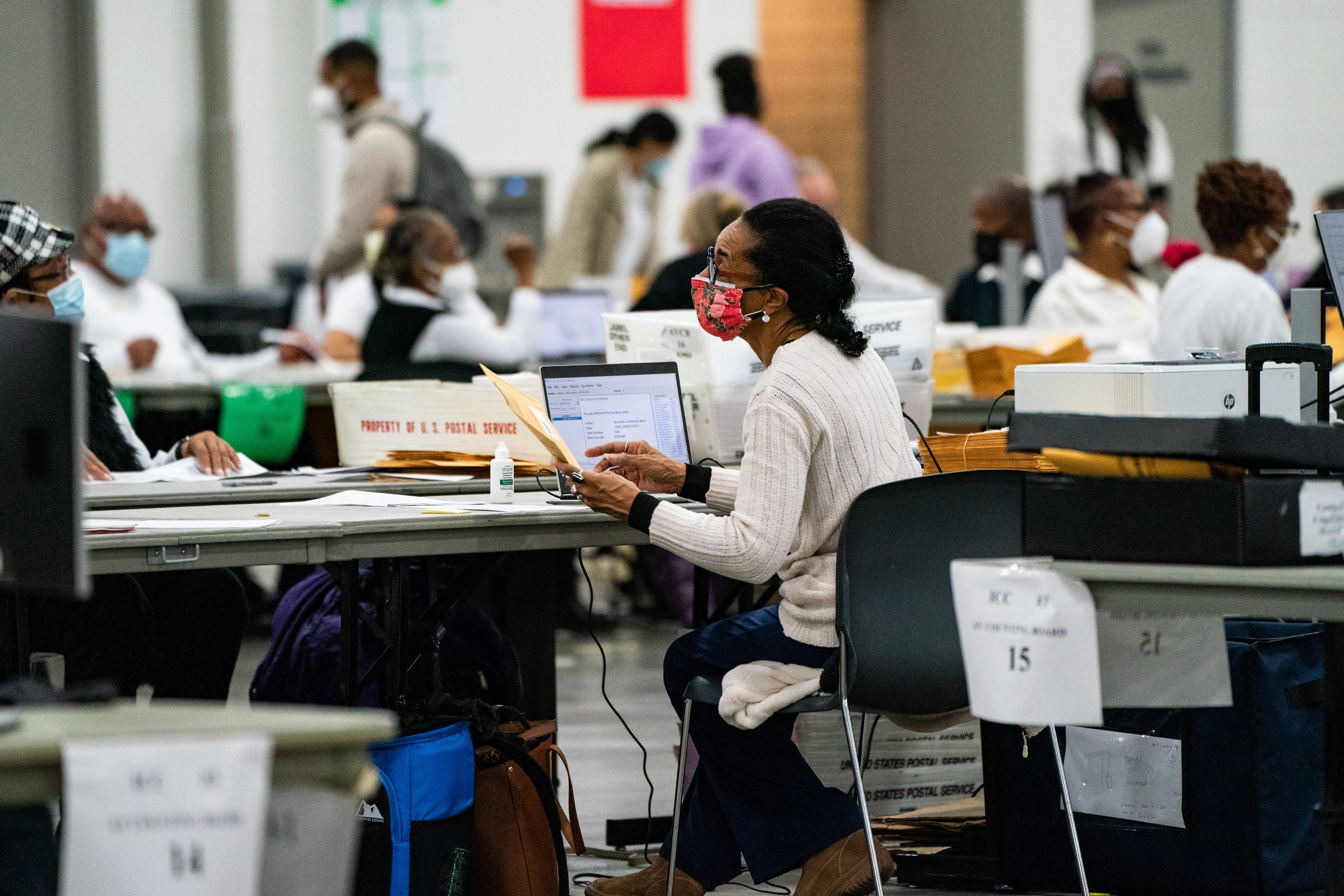 A group of Michigan voters and the Michigan Welfare Rights Organisation are suing President Donald Trump and the Trump presidential campaign, accusing them of “openly seeking to disenfranchise Black voters” through their legal challenges to the 2020 presidential election, according to Politico.

In their lawsuit, filed on Friday in the US District Court for the District of Columbia, the group alleges that the Trump campaign is trying to suppress hundreds of thousands of votes, including many cast by Black voters, by challenging the results of the election. The Trump campaign has targeted Wayne County, which encompasses majority-Black Detroit, in its efforts to investigate any cases of voter fraud.

As Trump continues to unleash debunked claims of mail-in voter fraud in reaction to his loss to President-elect Joe Biden, the Trump campaign has asked several state and local voting officials to hold off on certifying the official results, which, according to the plaintiffs, is “compromising the integrity of the election process” and “unlawfully interfering with the will of the voters.”

“President Trump and his campaign have repeatedlyâ€”and falselyâ€”raised the specter of widespread fraud in Detroit and other cities with large Black populations, including Philadelphia, Milwaukee, and Atlanta, in an effort to suggest votes from those cities should not be counted,” the lawsuit added.

The group’s lawsuit was filed after Trump’s personal attorney Rudy Giuliani said during a press conference that the president’s campaign team identified 300,000 “illegitimate ballots” that were cast in Detroit. Giuliani provided no specifics to his allegations of fraud.

On November 17, Wayne County made international news when the two Republican members on the county’s Board of Canvassers, which legally certifies local election results, initially refused to sign off on officiating the results. After an outcry, the GOP members backtracked and joined their two Democratic colleagues in certifying the results.

Monica Palmer, one of the GOP members, even received a personal phone call from Trump. After being pressed, she denied that he tried to influence her vote.

On November 18, the GOP members then tried to rescind their vote to certify the results, which was swatted down by the office of Secretary of State Jocelyn Benson due to its legal impracticality.

On November 20, Michigan GOP legislative leaders visited the White House as a result of an invitation from Trump, which many felt was another step in seeking to invalidate the state’s votes and install pro-Trump electors who would select the president in the Electoral College. After the meeting, the leaders affirmed that the state would certify Biden’s win.