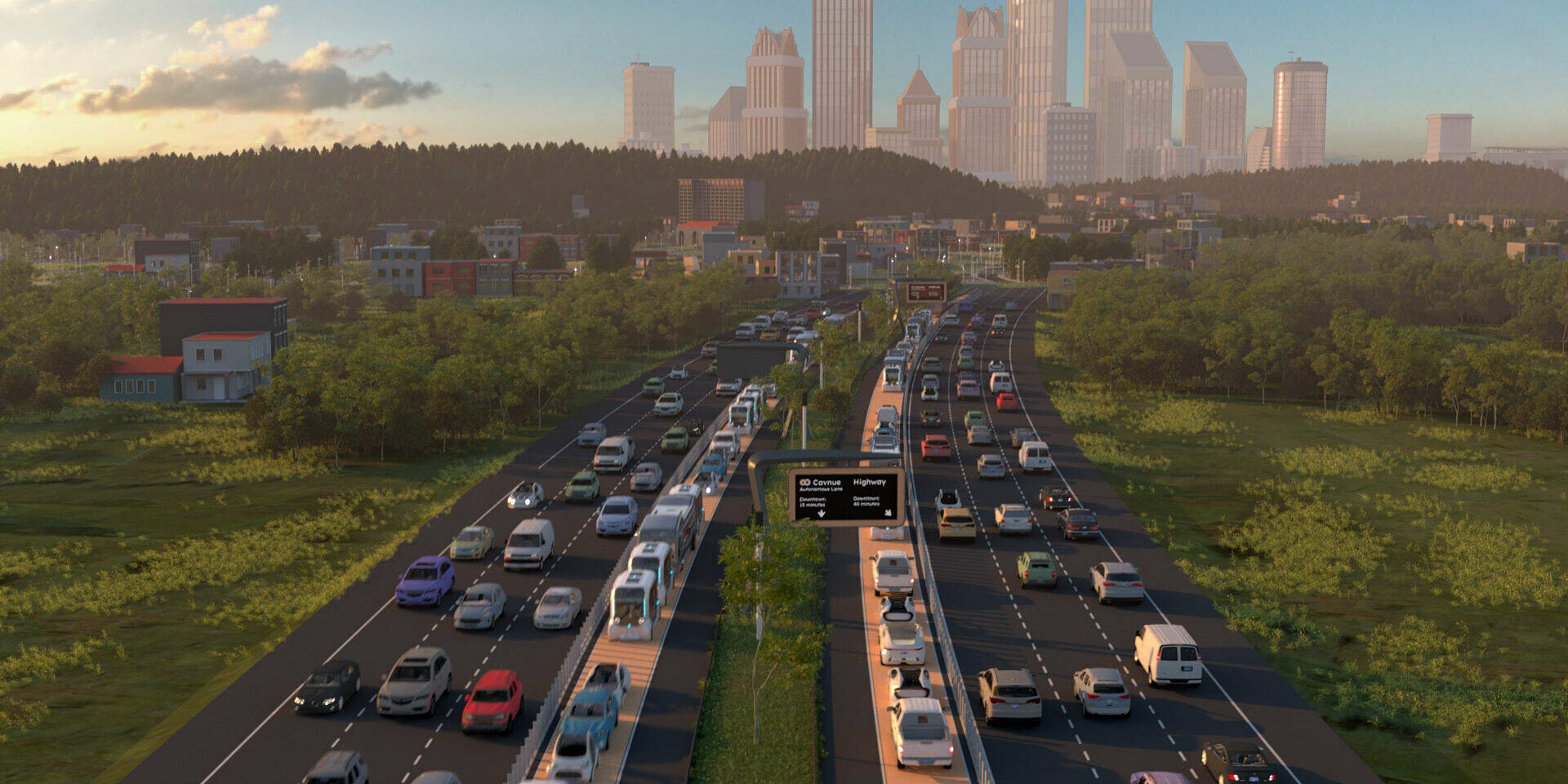 The state of Michigan is planning to work with a Google-funded startup to transform a section of interstate highway into a self-driving car utopia.

Cavnue (pronounced like “avenue”), a newly formed subsidiary of the Alphabet’s Footpath Infrastructure Partners, won the state’s bid for the project Thursday, and plans to move from lab-based experiments to actual public roadway within two years.

Several major automakers and self-driving developers are also advising on the project, but there’s no word on how much money’s being invested into the project.

Autonomous vehicles have been testing for years in California and other states. Waymo has even launched a self-driving taxi service on Lyft’s app in Arizona. But this is the first time public infrastructure has been dedicated to the pursuit of driverless vehicles.

Eventually, the goal is to enable an express bus lane on the busy corridor between Ann Arbor and Detroit that’s currently occupied by Interstate 94 and historic Michigan Ave, the first road to connect Detroit with Chicago, two industrial powerhouses and population centres in the late 17th century. Like most of the rest of the country, the rise of highways meant the death of public transit.

“A primary, or “anchor-use,” of such a corridor would be to provide a public transit alternative – an autonomous shuttle service that may offer greater safety, throughput, and system-level efficiency than otherwise possible when compared with conventional vehicle or transit services, such as bus rapid transit (“BRT”) or light rail transit (“LRT”),” Cavnue said in its proposal.

It’s a big bet – one many people, including Elon Musk, are making – but nobody’s been able to truly improve upon the efficiency of true public transit. In the face of budget cuts and years of disinvestment, however, there’s no reason not to let them try

Eventually, the connected infrastructure could help even “low level” autonomous vehicles, those that may not have the expertise to navigate crowded parking lots or side-streets, operate autonomously on the highway. Several trucking startups are already doing this with convoys of tethered trucks, and consumer software can already handle some highway driving in cars currently on the market.

“Just as the interstate highway system shaped transportation in the 20th Century, the Project can shape that of the 21st Century, while also seeking solutions that “future-proof” new infrastructure,” Cavnue says.