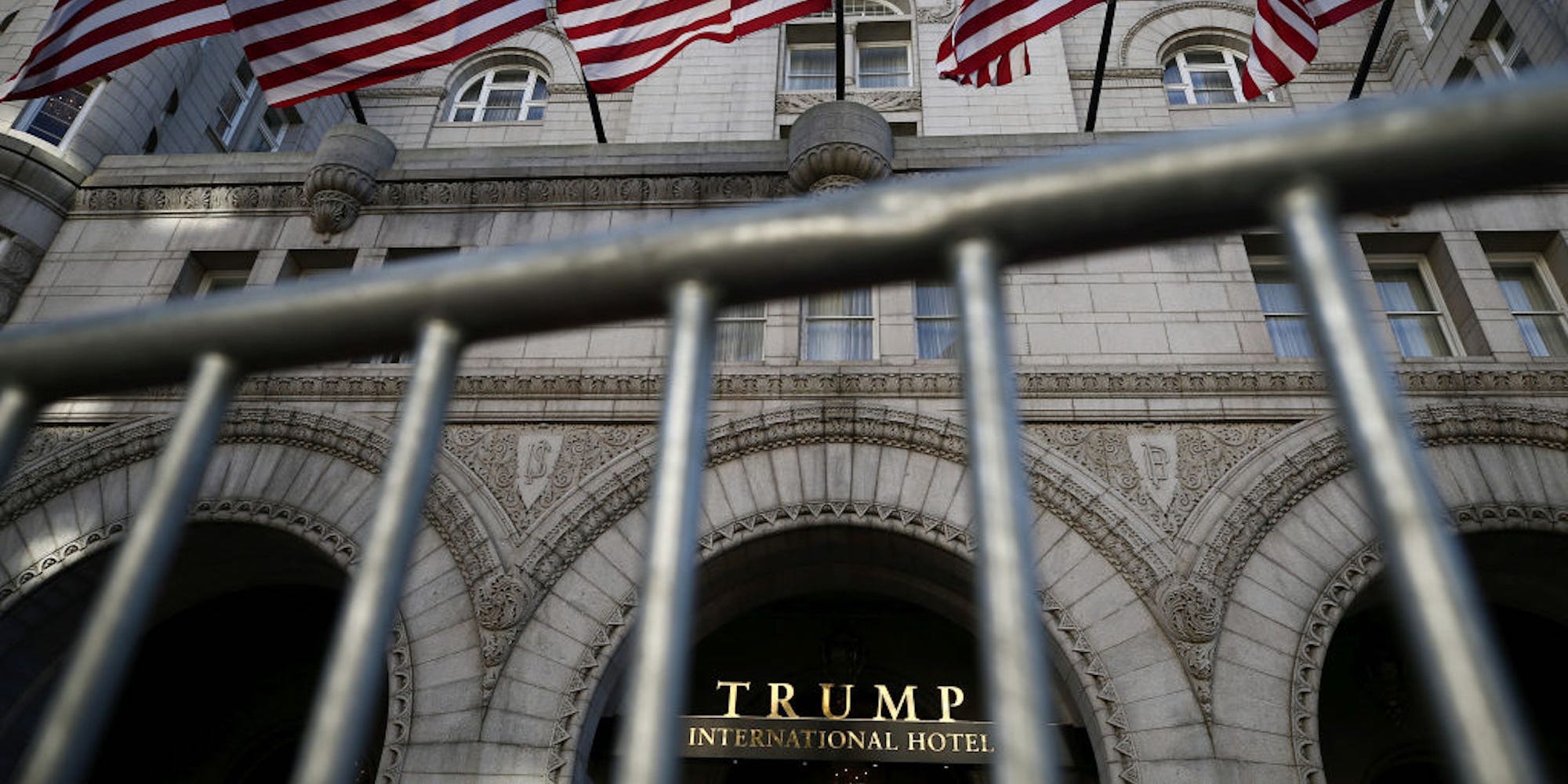 Michigan Republican Party officials were pictured enjoying champagne in the lobby of President Donald Trump’s luxury Washington DC hotel after being hosted by the president at the White House.

Michigan House Speaker Lee Chatfield and other members of his group were pictured at Trump International Hotel in Washington DC Friday evening drinking Dom Perignon champagne in a lobby bar, in images acquired by the Detroit Free Press.

Both Chatfield and Senate Majority Leader Mike Shirkey stayed overnight at the hotel, located a few blocks from the White House. Trump had earlier held a meeting with the lawmakers, reported CNN.

The following morning, Shirkey and state Republican official Dan Lauwers were pictured leaving the hotel by Detroit News’ Washington correspondent Melissa Nana Burke. They did not answer any questions from her.

I spotted Michigan GOP legislators Mike Shirkey & Dan Lauwers leaving Trump Hotel this morning w/ staff, the morning after their meeting with Trump @ White House. They did not respond to my questions shouted from behind a security barrier and left in a black SUV for airport pic.twitter.com/UF2sPLSlQG

In a tweet, a staffer for Democratic Michigan Rep. Dan Kildee accused the lawmakers pictured in the lobby of violating coronavirus guidelines, with none of the group wearing masks or observing social distancing.

Spokespeople for Chatfield and Shirkey told CNN that the lawmakers had paid their own expenses at the hotel.

Spokesmen for both lawmakers tell me they each paid for their own expenses while at the Trump hotel.

The lawmakers did not immediately respond to a request for comment from Business Insider.

Earlier on Friday, the lawmakers met Trump at the White House. Trump has continued his long-shot bid to overturn the election result by pressuring state Republican officials to delay certifying vote counts. Biden was projected winner in Michigan by media organisations more than two weeks ago.

After the meeting, Chatfield and Shirkey in a joint statement said that they had not been “made aware of any information that would change the outcome of the election in Michigan” and said “as legislative leaders, we will follow the law and follow the normal process regarding Michigan’s electors, just as we have said throughout this election.”

They claimed that a coronavirus relief package for Michigan was the focus of their talks with the president.

In response to the statement, Trump said in a tweet Saturday that evidence of fraud would be shown in court.

“This is true, but much different than reported by the media. We will show massive and unprecedented fraud!” Trump wrote on Twitter.