Charles Sykes/AP ImagesMichelle Obama urged the 2020 graduating class to ‘focus’ their anger and speak out against injustice.

Michelle Obama told new graduates that while Americans are angry about the systemic racism and police brutality fuelling the latest round of Black Lives Matter protests, their anger can be “focused” in order to make positive change.

The former first lady gave a virtual commencement address to the graduating class of 2020 on Sunday due to cancelled in-person ceremonies as a result of the coronavirus pandemic. Michelle and Barack Obama have hosted three virtual ceremonies in May and June for high school graduates, graduates of historically black universities, and all college graduates.

In her online address, Obama acknowledged the social unrest happening across the country in response to the death of George Floyd, who died after a Minneapolis police officer knelt on his neck for several minutes.

Americans are also struggling with the impacts of the COVID-19 pandemic, which has so far infected two million and killed more than 112,000 in the US alone. The outbreak also led to an unprecedented 43 million joblessness claims over the last 11 weeks.

Obama said she understands why the current social climate might make graduates angry, but she encouraged them to use that passion to speak out against injustice. She said trailblazers like Martin Luther King Jr. and abolitionist Sojourner Truth were also “angry,” which drove them to stand up for their rights “in the face of police violence.”

“Anger is a powerful force,” Obama said. “It can be a useful force. But left on its own, it will only corrode, and destroy, and sow chaos – on the inside and out.”

She continued: “But when anger is focused, when it’s channeled into something more – that is the stuff that changes history.”

The former first lady said the current social uprising is a direct result of “decades of unaddressed prejudice and inequality.” 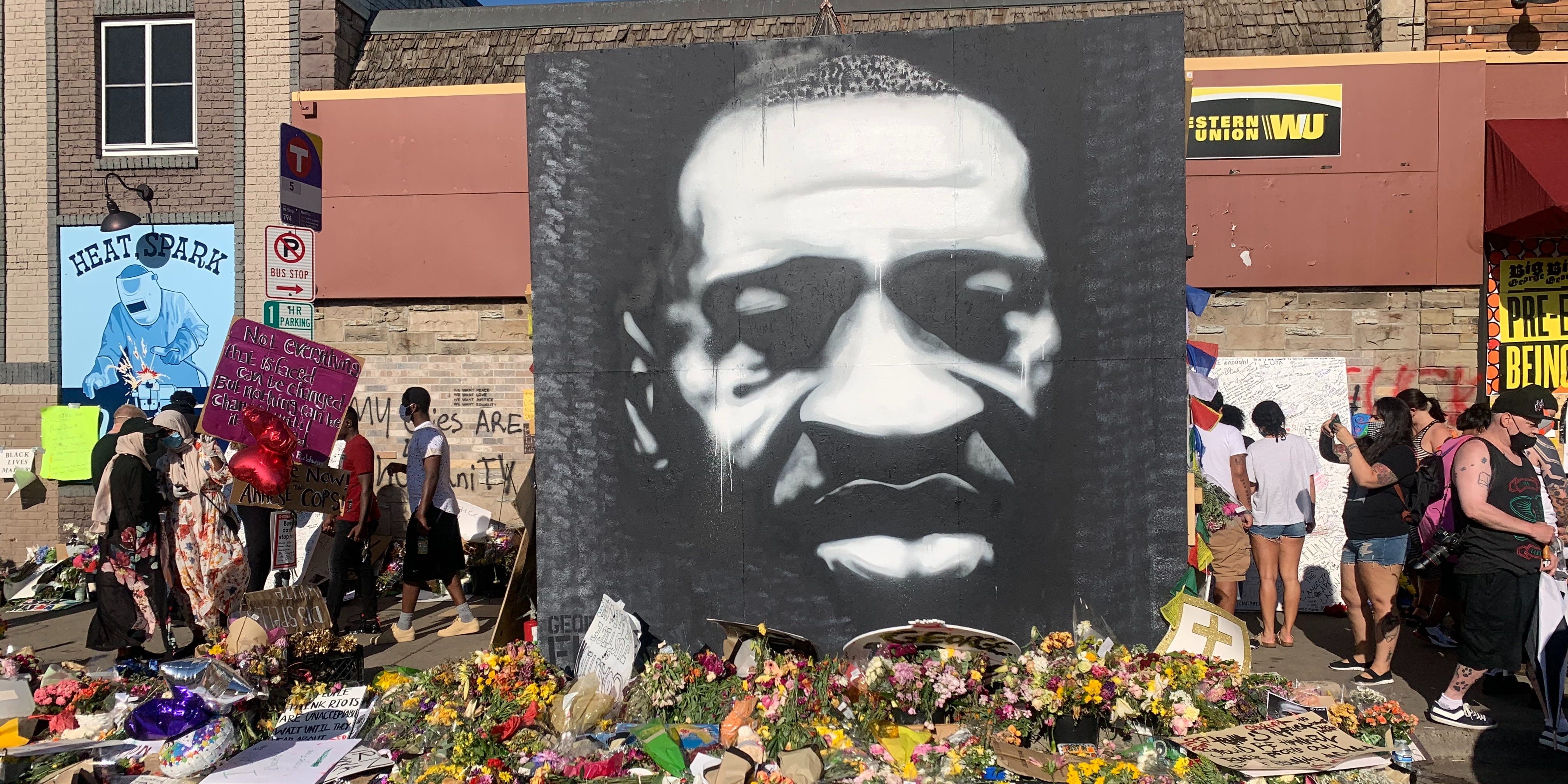 Mara Leighton/Business InsiderPart of the George Floyd memorial in Minneapolis on June 5, 2020.

Obama said that “tidy” stories of American self-determination as the determining factor for success are in reality “a lot more complicated.” In fact, US millennials are the first generation to earn less money than their parents did at their age.

“For too many people in this country, no matter how hard they work, there are structural barriers working against them that just make the road longer and rockier,” the first lady said. “And sometimes it’s almost impossible to move upward at all.”

Obama also urged graduates to mobilize and vote in the upcoming presidential election. The first lady has called for expanding access to mail-in voting after retiring from the White House in 2017.

Research suggests that black people not only are more likely to get killed by the police, they also make less money, suffer from above-average levels of debilitating illness and disease, and get arrested more than often white people due to historically racist policies and unconscious bias.

Experts have also said the reason why black Americans are more likely to die from coronavirus is due to a mistrust in the healthcare system and policies that led to worse healthcare within minority communities.