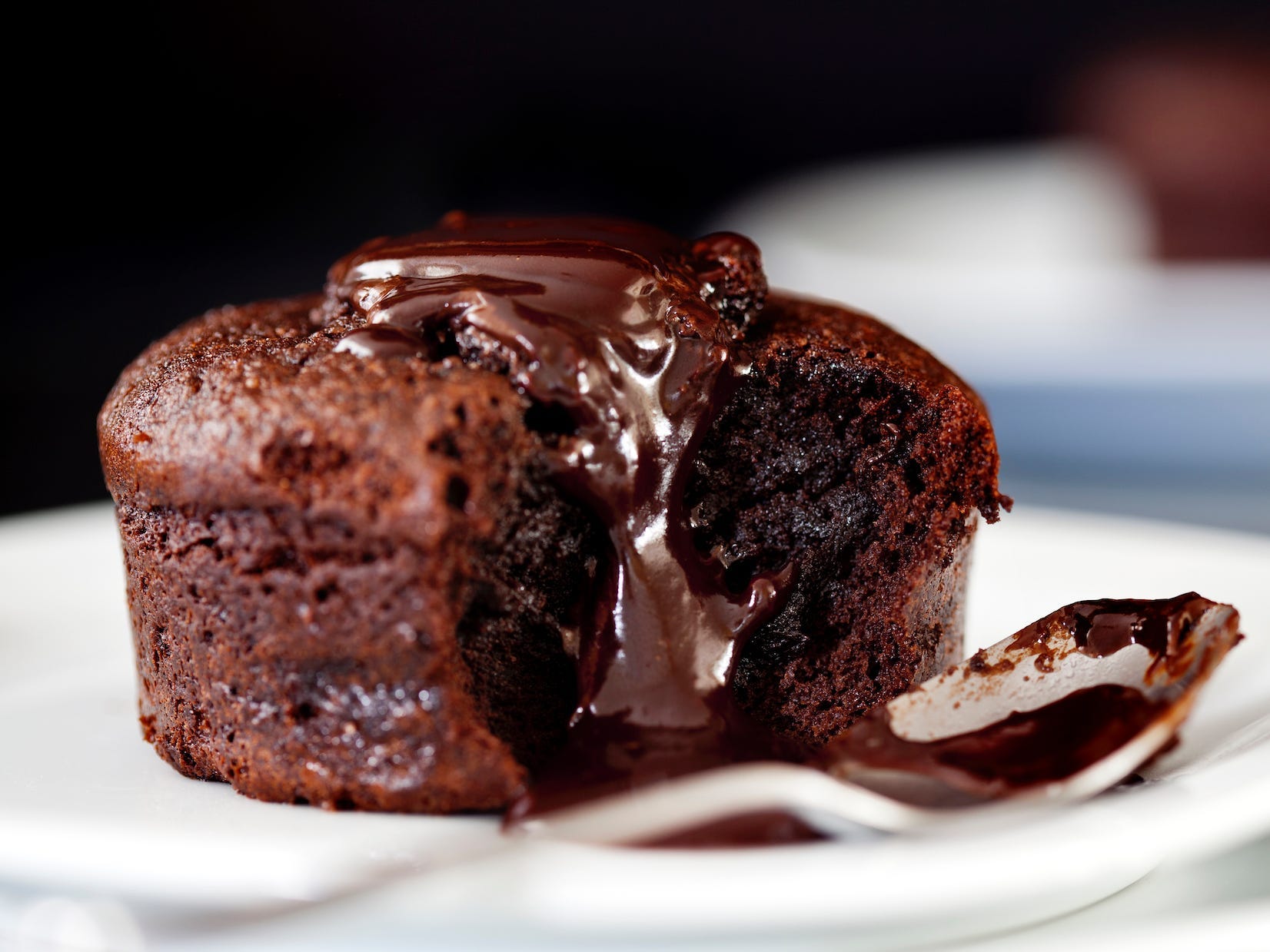 Whipping up a delicious meal is a romantic gesture that’s sure to impress, but it can also cause plenty of stress.

We know how intimidating it can be to make a special dinner for someone you love, so we asked Michelin-starred chefs to share their favourite date-night recipes â€” plus their tips and tricks so you can easily re-create them at home.

From a colourful pink risotto to a classic chocolate soufflÃ©, these dishes will definitely impress your date.

Caviar is considered to be an aphrodisiac, so why not splurge and serve it up as a delicious appetizer? 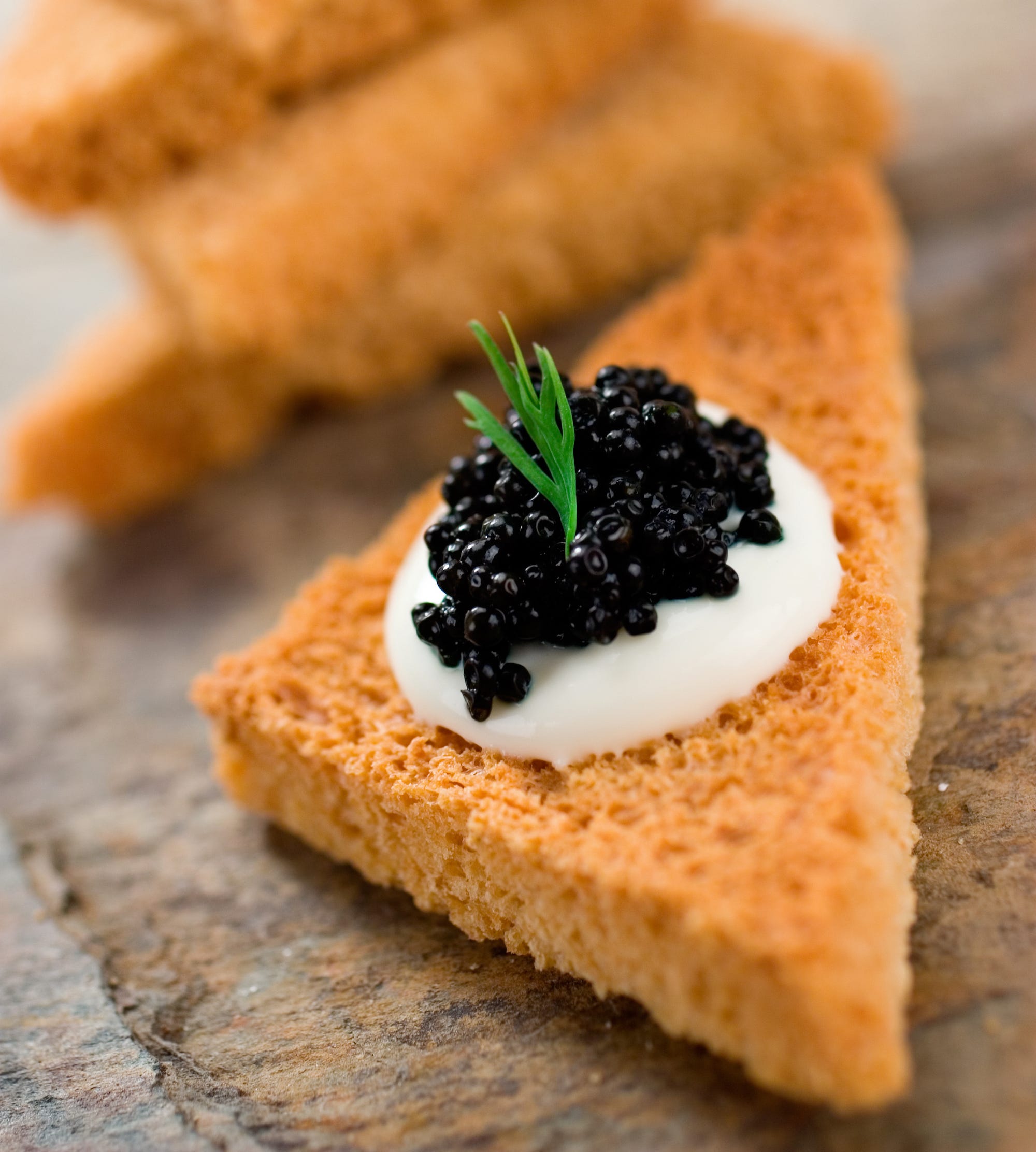 David Shim, the head chef at Manhattan restaurant Cote, told Insider that it’s easy to “mimic a fancy caviar service as if you were at a Michelin-star restaurant.”

To serve, Shim recommends placing everything on buttered toast points. And don’t forget the Champagne!

“It’s simple and easy to prepare,” he said. “But makes a big first impression.”

Chef Srijith Gopinathan always likes to start his romantic meals with something healthy, like a hearty salad. 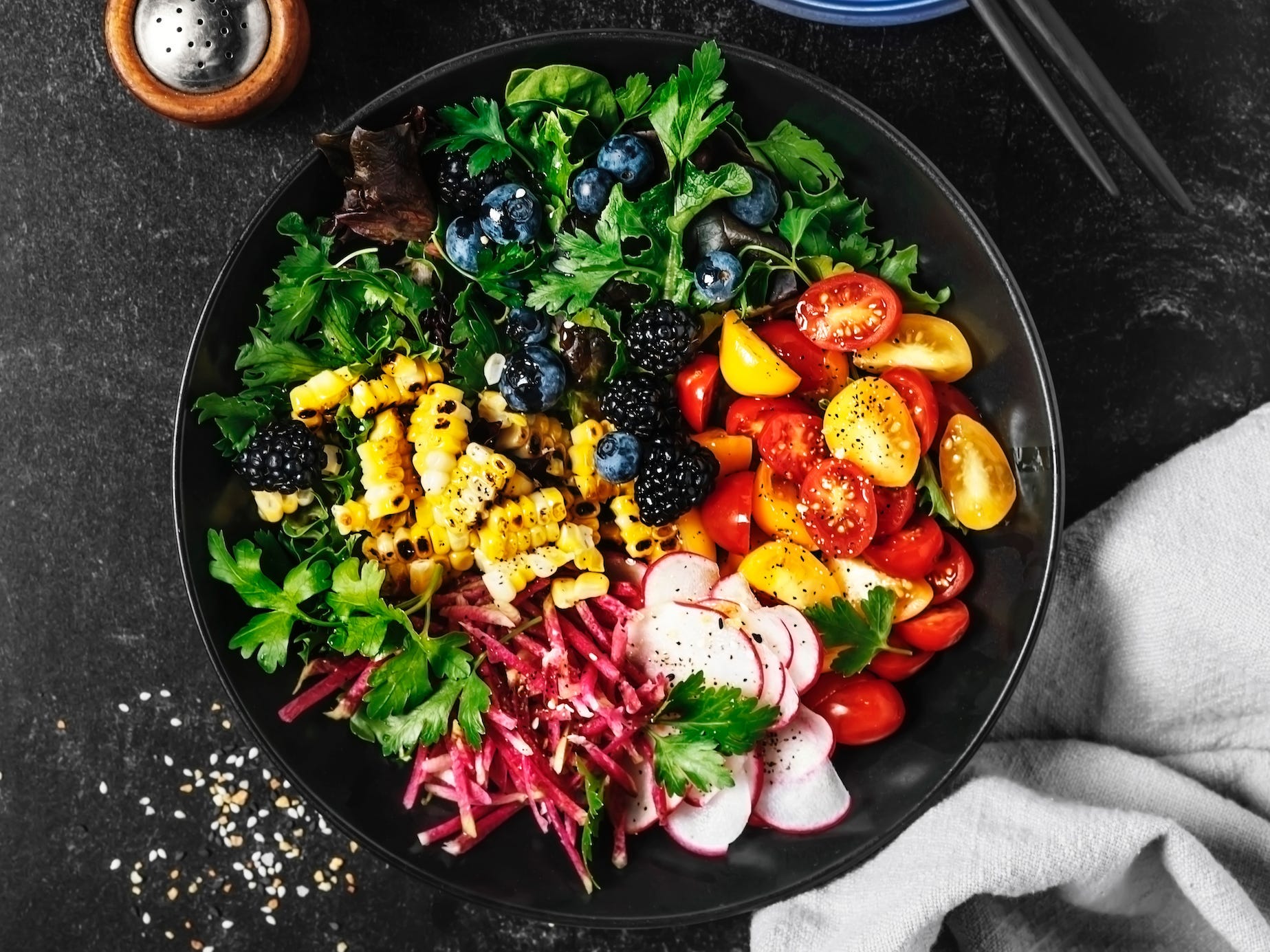 Claudia Totir/Getty ImagesBalance the sweet flavours of corn and tomato by adding ingredients that will give your salad a kick.

Gopinathan, the executive chef at Taj Campton Place Restaurant in San Francisco, adds a variety of colourful ingredients to his date-night salad.

“I would use something like grilled corn and heirloom tomatoes,” he told Insider. “And spices like lemon salt, and obviously yogurt dressing.”

Since corn is “really nice and sweet,” Gopinathan said it’s important to balance the flavour by adding ingredients that will give your salad a bit of a kick – like radish and arugula.

Then throw in some mint and basil to top it all off.

Roast chicken is a classic main dish that never fails to impress. 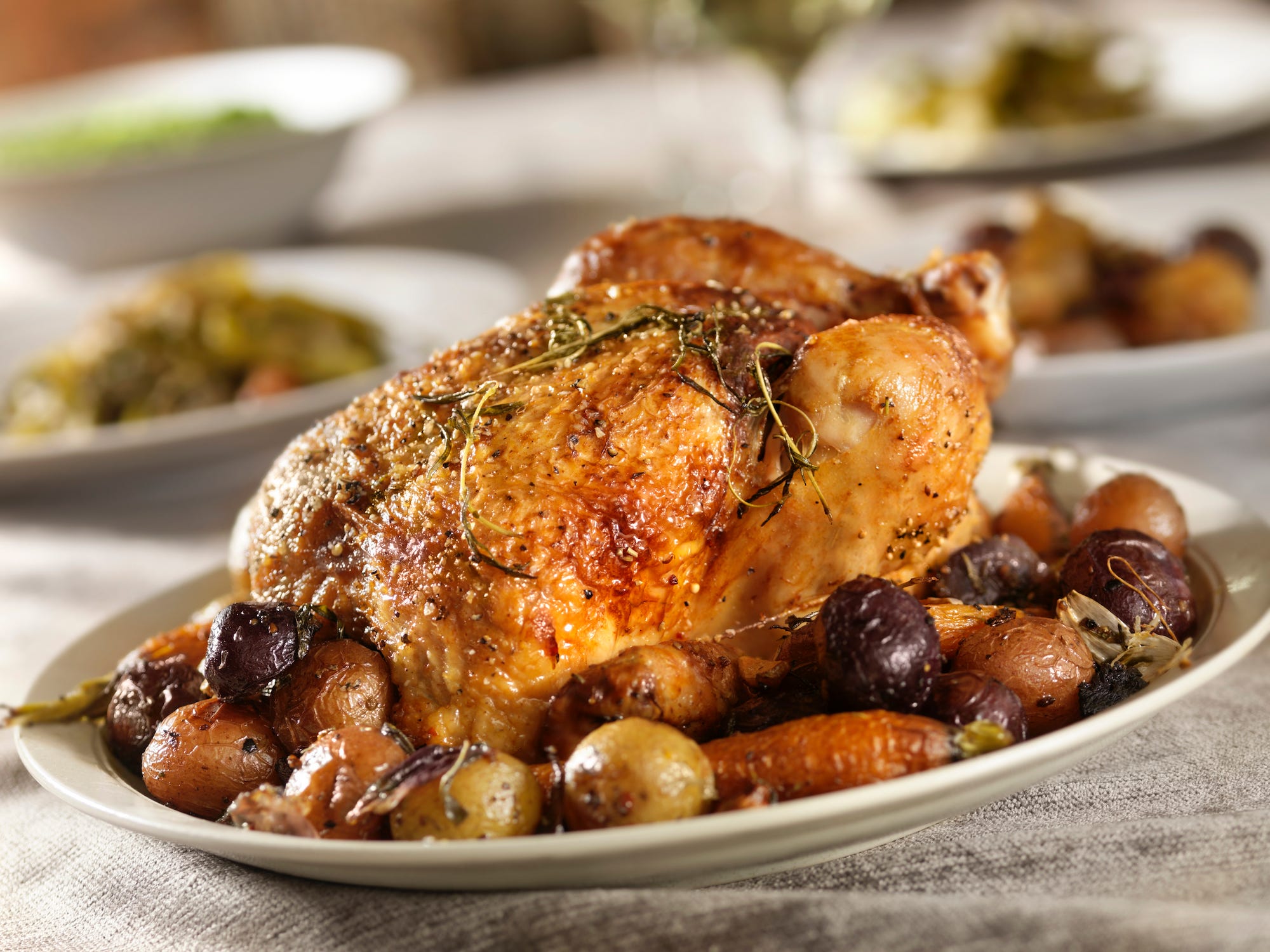 Lauri Patterson/Getty ImagesLeave your chicken unwrapped in the fridge overnight to give it a nice crispy skin when you cook it.

Chef Paul Liebrandt, who is hosting virtual cooking classes with CocuSocial, told Insider that roast chicken is always a crowd-pleaser.

“Everyone likes a roast chicken anywhere in the world,” he said.

When it comes to cooking the chicken, Liebrandt said it’s especially important for the skin to be crispy.

“Leave the chicken unwrapped in your fridge at home overnight,” he advised. “This will dry the skin of the chicken inside the fridge.”

“When you roast it, you’ll have less water in the skin,” Liebrandt added. “You’ll get a nice colour, and a nice crispy skin.”

Or mix things up by serving your date a refreshing ceviche. 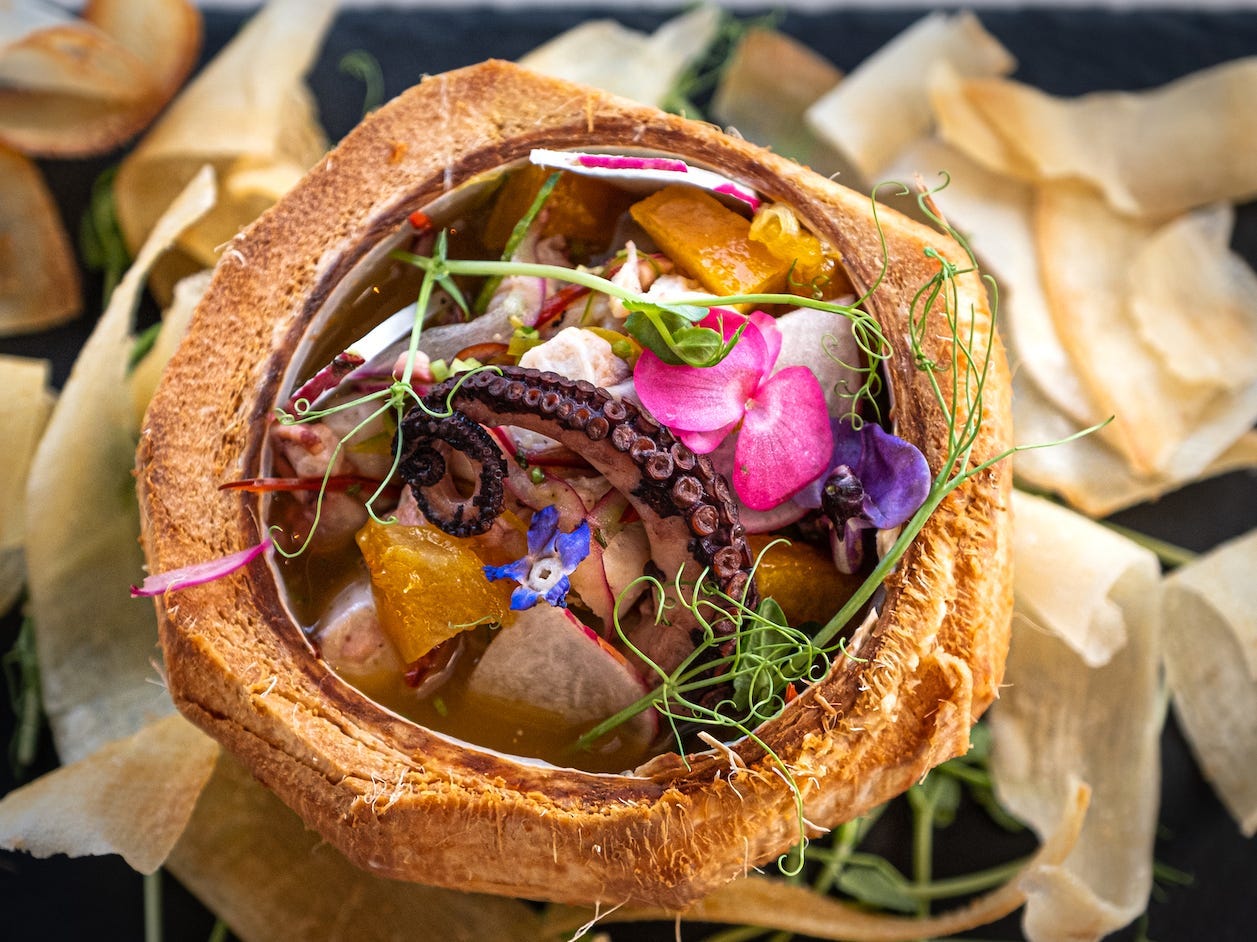 Val Cantu, the head chef at Californios in San Francisco, told Insider that he loves making his wife a “really traditional and easy ceviche.”

“Add a little bit of white soy or soy sauce, and maybe a splash of agave syrup to sweeten it up a little bit and balance it,” he said.

Then just dice your main ingredients into three-quarter-inch cubes.

“I usually do cucumber, avocado, and then I’ll get some fresh tuna, fresh hamachi, and maybe even one piece of octopus,” Cantu said. “Then I get a mandoline to slice purple onions super thin, and I’ll get serrano peppers on the mandoline too and shave tons of them over everything.”

Mix all your ingredients with some salt and olive oil, and garnish with cilantro.

Cantu recommends serving the ceviche with saltines and some Mexican hot sauce.

“That’s an amazing meal,” he said. “I love spicy food, and it sort of wakes you up and makes you feel alive.”

This bright and bold risotto with beets and Gorgonzola sauce will leave your date in awe. 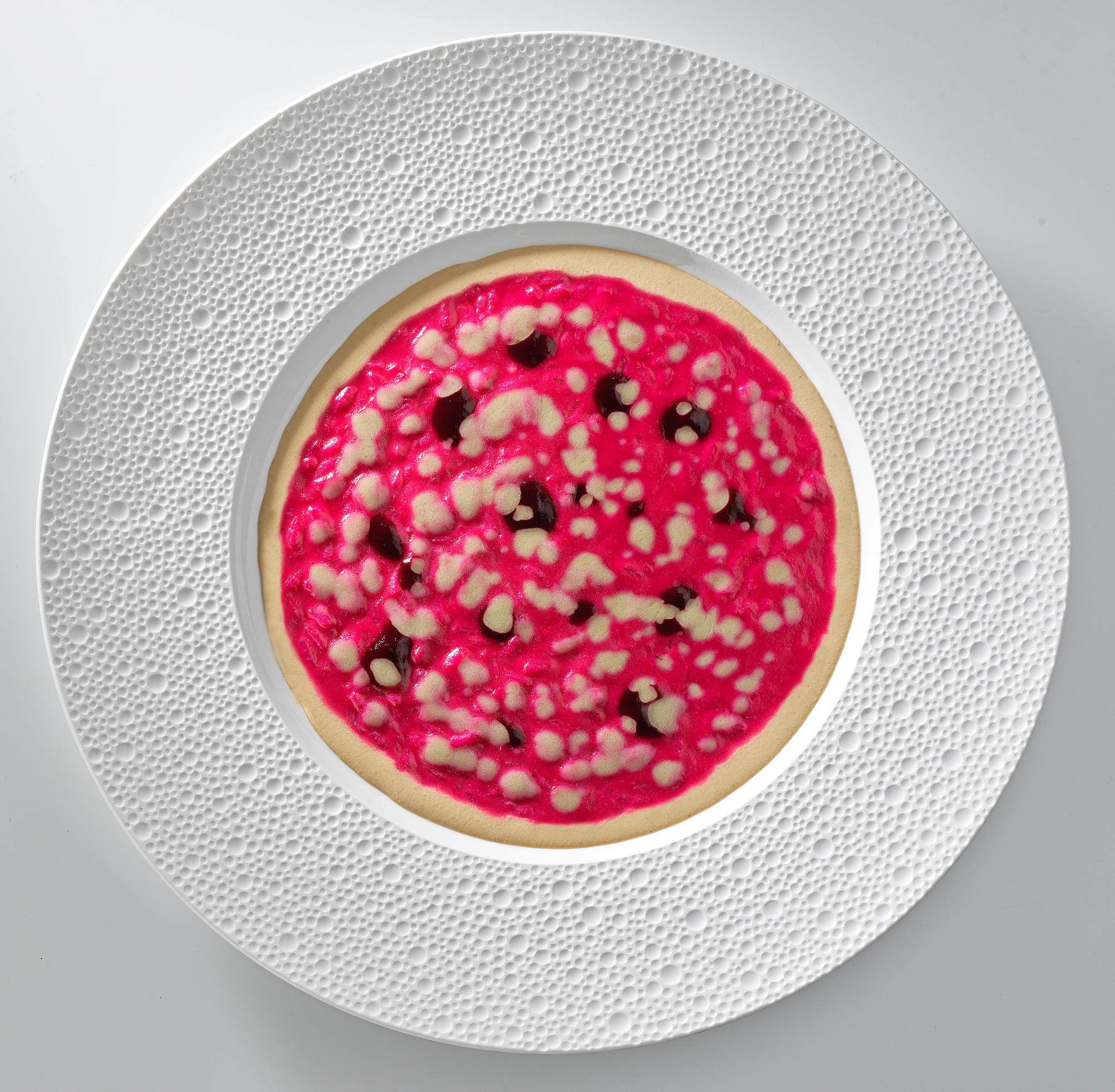 Chef Enrico Bartolini whips up this colourful dish at his eponymous restaurant at the MUDEC Museum of Cultures in Milan, Italy.

Bartolini, who is hosting virtual classes with the Italy-America Chamber of Commerce West, told Insider that the key to making his risotto dish so beautiful is by “staining the rice.”

“I add alternating dollops of rich Gorgonzola cream, toasted walnut sauce, and tangy sour cherry sauce across areas of the plate,” he said. “Walnuts and Gorgonzola are a classic combination, and the cherry adds another pop of colour – as well as very rich bursts of sweetness and acidity.”

While the risotto may look intimidating, Bartolini said all three sauces for his dish can be made ahead of time.

Bartolini melts his Gorgonzola cheese over a water bath with a splash of milk to make it smooth. He then separately blends the shelled toasted walnuts and black cherry purée with vegetable broth and some salt. To roast the beets, he drizzles them with a little olive oil, wraps them in foil, and pops them in the oven at 400 degrees Fahrenheit for around an hour. After they have cooled, he peels their skins, purées them in a food processor, and lets them chill.

“In Italy, it’s not typical to serve risotto alongside a cut of meat or other vegetables as a side dish of rice,” he said. “It deserves to have its own moment.”

When it’s time for dessert, you can’t go wrong with peaches and ice cream. 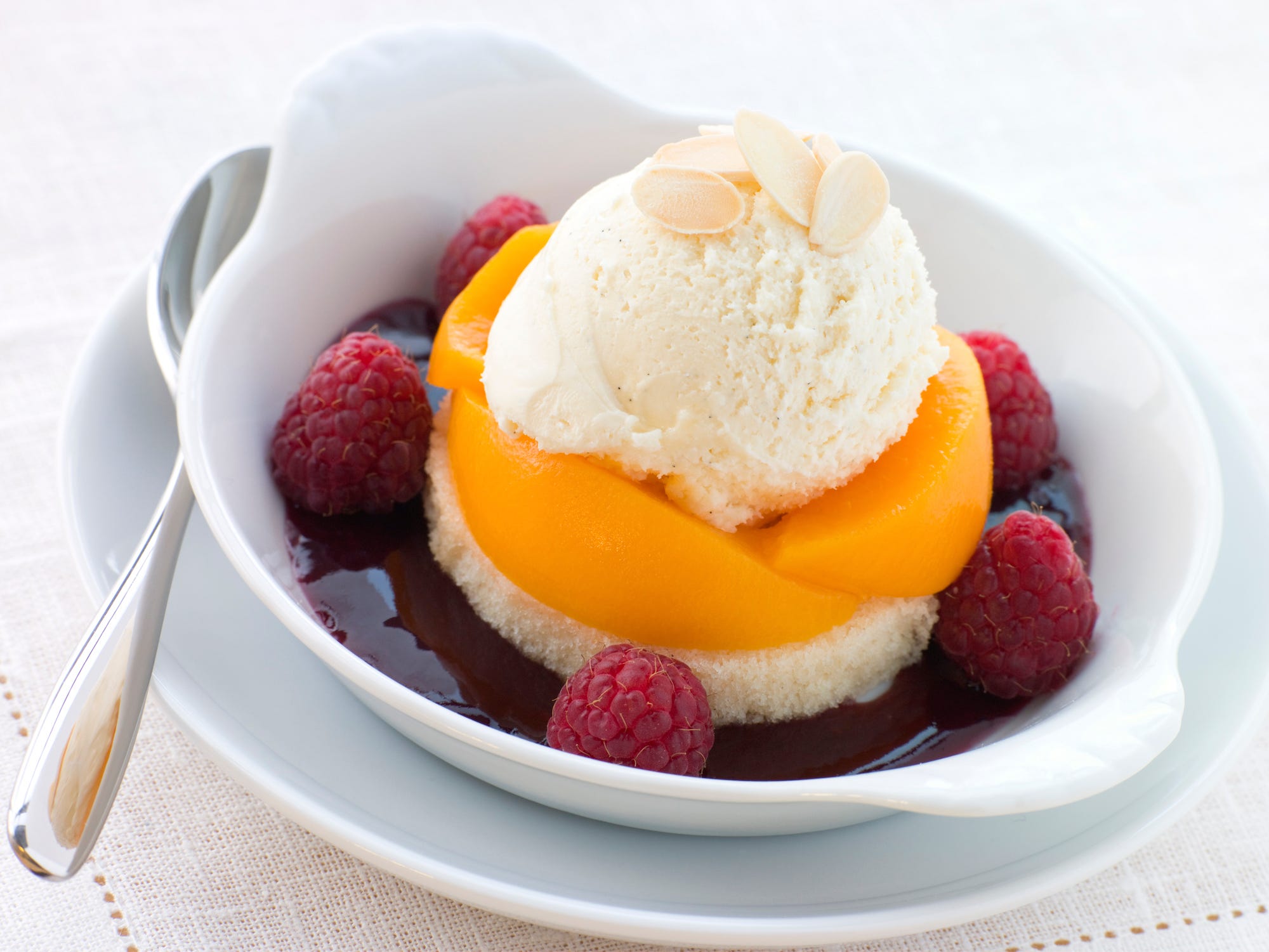 “It’s a very old dish from the beginning of the 19th century,” he told Insider. “It was developed by a grand French chef named Auguste Escoffier at the Savoy Hotel in London, and designed for one of the ladies of London – Lady Melba. She liked peaches and she liked vanilla ice cream, so he developed this dessert in honour of her.”

To prepare the peach, Liebrandt recommends peeling the skin off, blanching it, and then cooking the peach “gently in some simple syrup.”

“It’s something very sensual,” he said. “I wouldn’t do pizza or something like that for date nights, I don’t find that very elegant.”

A chocolate soufflé always looks impressive — and it’s easier to make than you think. 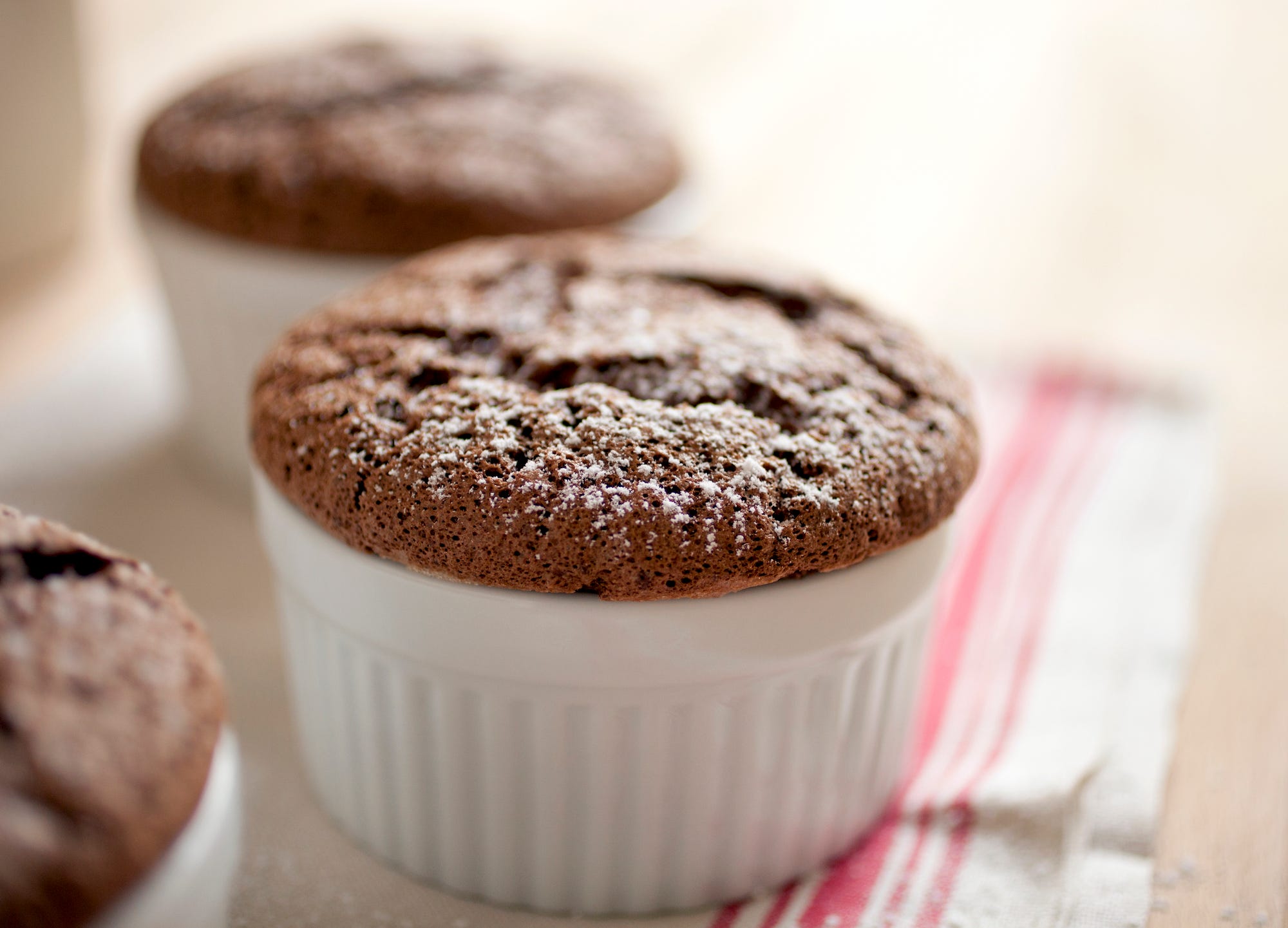 Lara Hata/Getty ImagesYou can make chocolate soufflé ahead of time, easing the stress before your date night.

Pastry chef Dan Kleinhandler told Insider that he won his wife over by baking dessert at her apartment. He said nothing beats a chocolate soufflé.

“It has that super wow factor of looking like a thousand dollars,” he said. “But you can actually make it ahead of time and put it in the fridge for up to a day. You’ll look like the coolest thing since sliced bread, and it really wasn’t that difficult.”

Kleinhandler, who is teaching his soufflé recipe on CocuSocial, said that what the dessert really comes down to is just melting chocolate, folding in some eggs, and making a great meringue.

“There’s a stigma and an air to soufflé being so hard and fancy,” he said. “You throw a French word in front of things and people get intimidated. But chocolate soufflé is such an easy thing, and it’s a nice showstopper.”

“Plus, who doesn’t love warm chocolate on a date night?” he added. “That’s the perfect way to end it.”