The prosecutor who said the DOJ is considering sedition charges for the Capitol riot went rogue and is being investigated, an official said 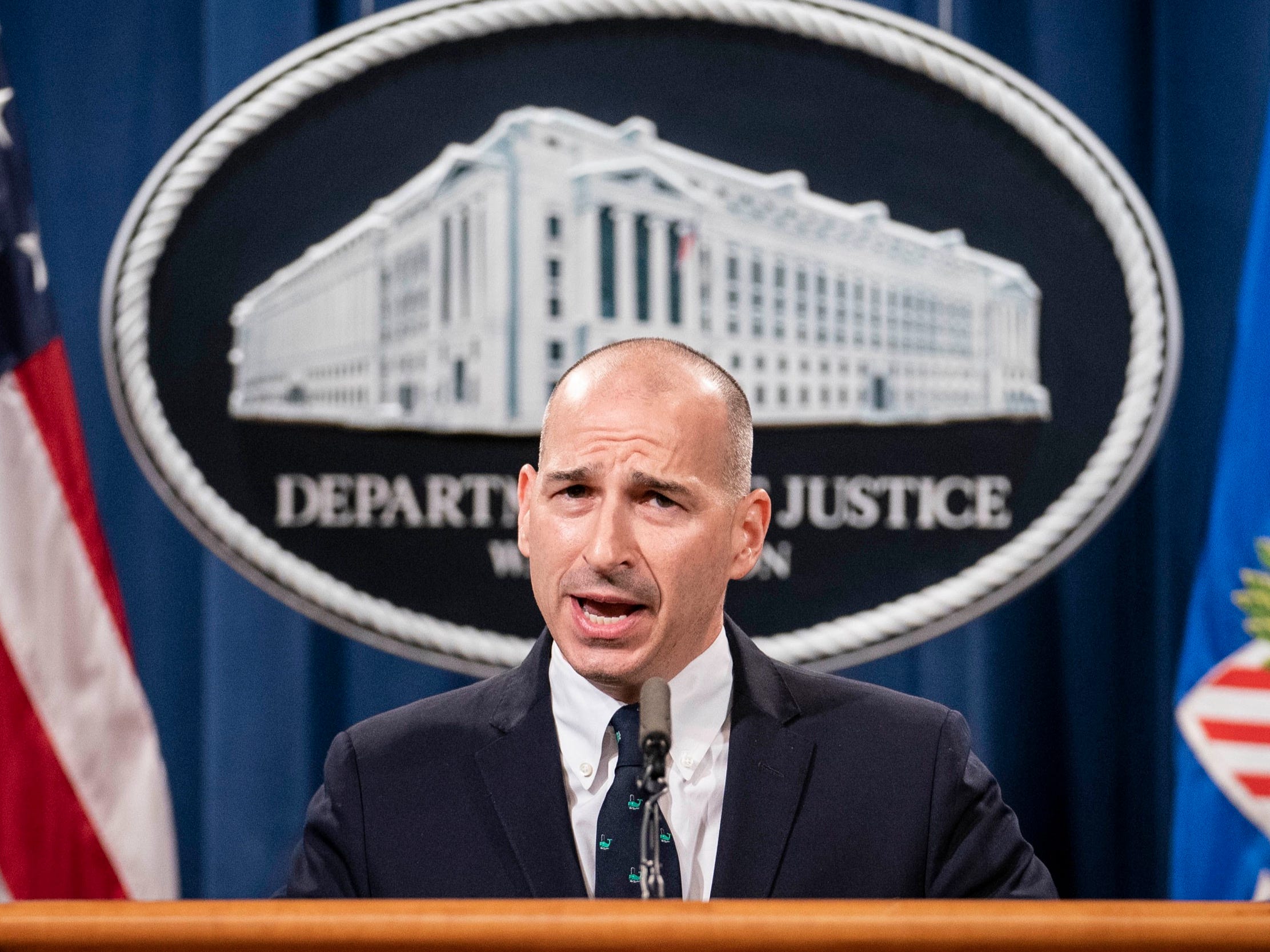 Sarah Silbiger-Pool/Getty ImagesMichael Sherwin, Acting U.S. Attorney for the District of Columbia, speaks at a press conference to give an update on the investigation into the Capitol Hill riots on January 12, 2021 in Washington, DC.

The federal prosecutor who said the US Justice Department may bring sedition charges against participants of the January 6 Capitol riot went rogue in sitting down for a “60 Minutes” interview, a department official said Tuesday.

John Crabb, the head of the department’s DC office’s criminal division, said Michael Sherwin will be investigated over his remarks. He said Sherwin – the Acting US Attorney for the District of Columbia who oversaw prosecutions against riot participants – didn’t have clearance to give that interview or to discuss charges that haven’t actually been brought.

“The Department of Justice has procedures that govern contact with media and interviews. As far as we can determine at this point, those rules were not followed with respect to the ’60 Minutes interview,'” Crabb said. “Therefore that matter has been referred to the Department of Justice’s Office of Professional Responsibility to review.”

Sherwin made the remarks in an interview that aired Sunday. They drew widespread attention, as sedition charges haven’t been sought by federal prosecutors in nearly 30 years.

The remarks also infuriated Justice Department officials, as Insider’s Ryan Barber reported. Sherwin left his post as Acting US Attorney on March 3, when President Joe Biden replaced him with Channing Phillips, but remains within the Justice Department.

The judge said he might impose a gag order

The hearing Tuesday was called by Judge Amit Mehta, who is overseeing a case against members of the Oath Keepers, a far-right militia prosecutors say planned violence at the Capitol on January 6.

At the outset of the hearing, held over Zoom, Mehta blasted the Department of Justice for the “60 Minutes” story and for comments attributed to unnamed department officials in a New York Times story about sedition charges weighed against Oath Keepers members.

Mehta said he may impose a gag order or levy sanctions against Justice Department attorneys if similar stories emerged as the case developed.

“If there are further public comments or stories of the kind we’ve seen in the last 48 hours, I will not hesitate to consider a gag order, and also will not hesitate to sanction any attorney that violates our local rules for making statements about this pending criminal case for pending litigation,” Mehta said.

Crabb said at the hearing the Justice Department would also look into the comments made in The Times’ story.

The defendants in cases weren’t present at the court hearing. Several of their attorneys said they declined to comment to CBS News when reached for the “60 Minutes” story, as well as for other news stories about their clients.

Mehta said comments speculating about charges made it harder to ensure the trial process is fair.

“The Department of Justice needs to understand that these types of public statements can jeopardize the integrity of the criminal case and affect the rights of the criminal defendants,” Mehta said. “And this is my job to ensure that the defendants receive a fair trial.”