Michael Phelps says his mental health has been 'scarier than it's ever been' during the pandemic. Here's how he's coped. 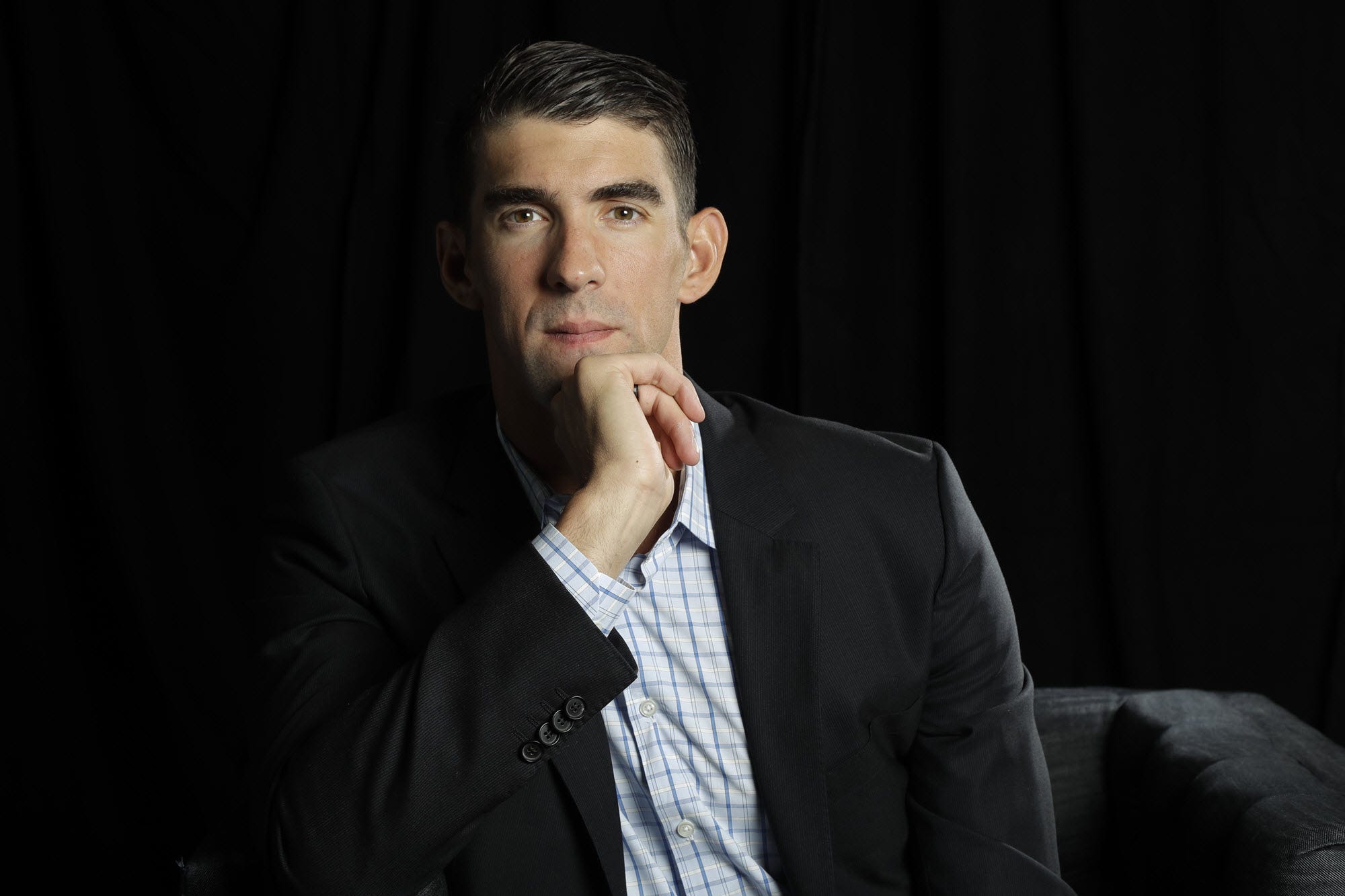 On the outside, the pandemic has been good to Michael Phelps. He’s lucky to have a complete home gym and access to outdoor pools and golf courses.

He’s become closer to his wife, and has cherished spending more time watching his three young boys develop. And, he has steady but not too-time-consuming work projects he’s passionate about, like partnerships in mental health advocacy and physical health recovery.

But Phelps, the most decorated Olympian in history, is still human, and living through a pandemic has taken a sometimes frightening psychological toll, he told Insider during an interview to promote his partnership with Silk Ultra, a plant-based protein milk.

“I’ll be the first to admit my mental health has been scarier than it’s ever been throughout all of this, so I can’t even imagine what other people are going through,” he said.

“For those who are struggling with mental health, know you’re not alone: There are days where I want to curl up into a ball and sit in the corner,” he continued. “But it’s just taking a little step forward, taking a deep breath from time to time. It really helps.”

The now 35-year-old swimming phenom has been vocal about his depression, substance abuse, and suicidal thoughts in the past. In 2014, his second DUI left him contemplating if he should “just end it all,” he said on the HBO Sports documentary, “The Weight of Gold,” which he narrated and co-produced. Instead, he checked into a treatment centre.

After retiring from swimming in 2016, Phelps struggled with his identity. “Yeah I won a s–t-ton of medals. I had a great career,” he said in the documentary. “So what? I thought of myself as ‘just a swimmer. Not a human being.”

Now Phelps, who’s been the face of the therapy app Talkspace, is no longer at rock bottom, but staying above water remains a daily and deliberate practice.

Exercise and focusing on what he can control help him cope

“It helps me be the authentic me, the real me,” he said. “Working out has been something that’s been a part of my life for 20-plus years, and I don’t think it’s ever going to change.” 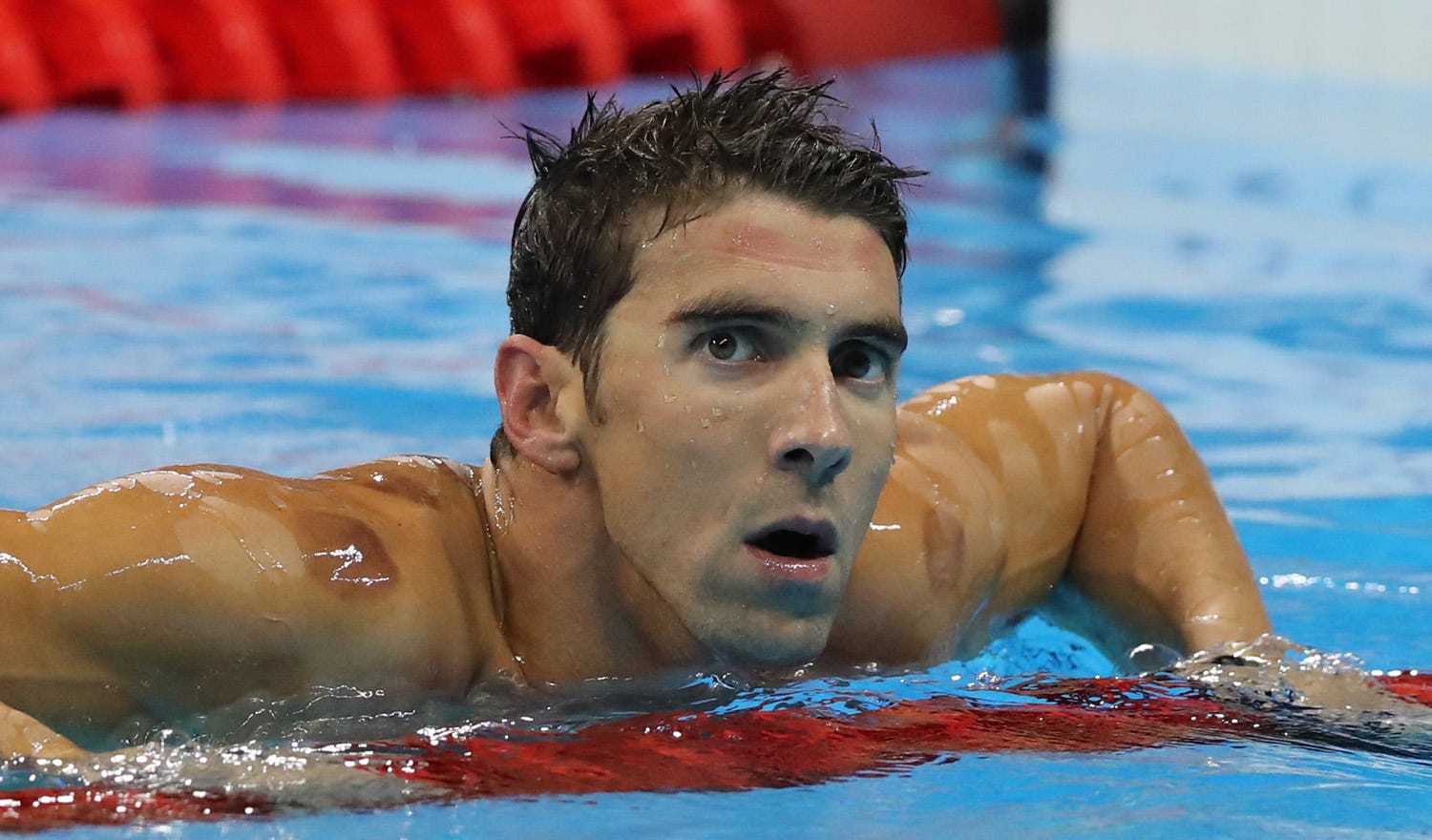 Lee Jin-man/APMichael Phelps at the 2016 Olympics.

Three days a week, he and his wife weight train for 70 to 90 minutes. The other days of the week he focuses on cardio, usually riding a stationary bike or the elliptical for 45 to 60 minutes. Sunday may be a rest day, depending on how his hamstrings feel.

And, when he’s feeling particularly low, about two or three times a month, Phelps swims. “It’s my calming mechanism,” he said. “I try to keep some touch of the water. I feel like it really connects everything in my body.”

The whole routine is a non-negotiable in Phelps’ life. “There are days where I feel like full on punting and don’t want to go out there, but I also do know what it does for me, not just physically, but mentally as well.”

Phelps has also talked about how journaling and meditating support his mental health, and he told Insider focusing on what he can control during the pandemic has also been key.

“There was and still is so much that is out of our control. So just trying to figure out what that is on a daily basis and trying to perfect that because I’m trying to be the best me that I can, nobody else can control that, only I can,” he said.

“So you stack those bricks up one by one, then you’re able to move forward and just keep going, going, going, and that’s what I was able to do in my career,” he continued. “So I’m just trying to make that transition from being submerged in water to taking a few steps on land.”