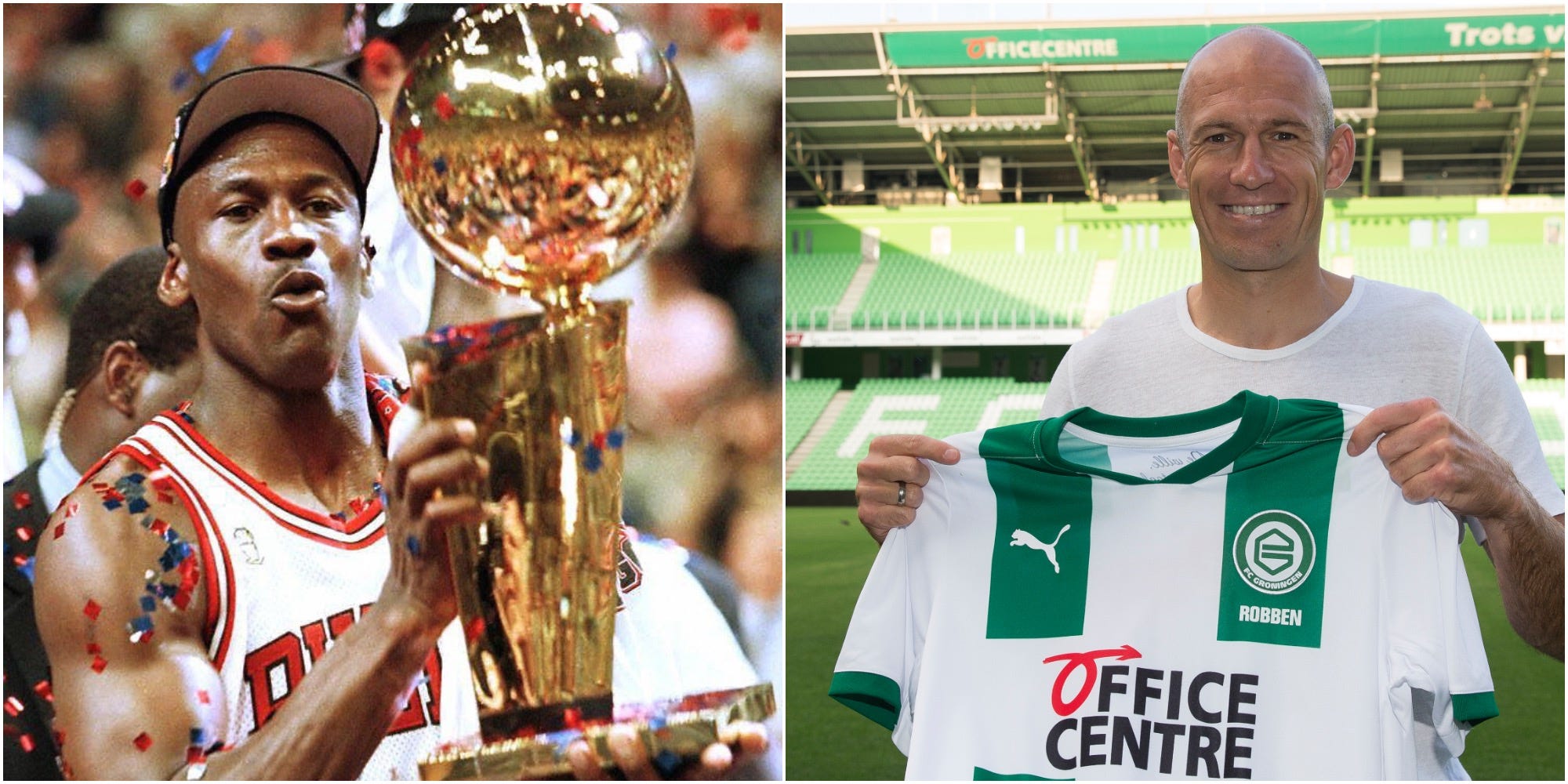 Legendary Dutch footballer Arjen Robben was convinced to come out of retirement after his new team showed him clips from Michael Jordan’s “The Last Dance.”

Robben, 36, retired in May 2019, but soon afterwards officials from FC Groningen – who he represented as a youngster – tried to persuade him to return to his boyhood club. At first, they failed.

According to the BBC, however, talks were revived last month, during which club officials produced a montage of clips of Jordan’s return to the Chicago Bulls, intertwined with clips of Robben’s own career, in an attempt to coax him out of retirement.

So impressed was the former Chelsea, Real Madrid, and Bayern Munich winger, he signed a one-year deal with his boyhood club.

“I’m here to help the club,” Robben said on Sunday, according to the BBC.

“You do that by showing the right attitude. I don’t have anything to lose and I’m going into the challenge with a positive attitude and to try and make the best of it.

“I haven’t set any goals, it could be over in a month or it could last two years.”

Jordan first retired from basketball at the age of 30 in 1993, leaving the Chicago Bulls in order to pursue a career in baseball.

However, after less than two years away from the court, he announced his return to the Bulls with a two word press release that simply read: “I’m back.”

Jordan went on to win three consecutive NBA titles with the Bulls for the second time in his career, the last of which is the focus of the 10-part documentary The Last Dance, which aired on ESPN earlier this year.

Arson, riots, and a severed pig’s head: These 20 players dared to cross the divide and play for both clubs in some of soccer’s biggest rivalries