One of Michael Jordan's most iconic games would have never happened today, thanks to a change in team philosophy 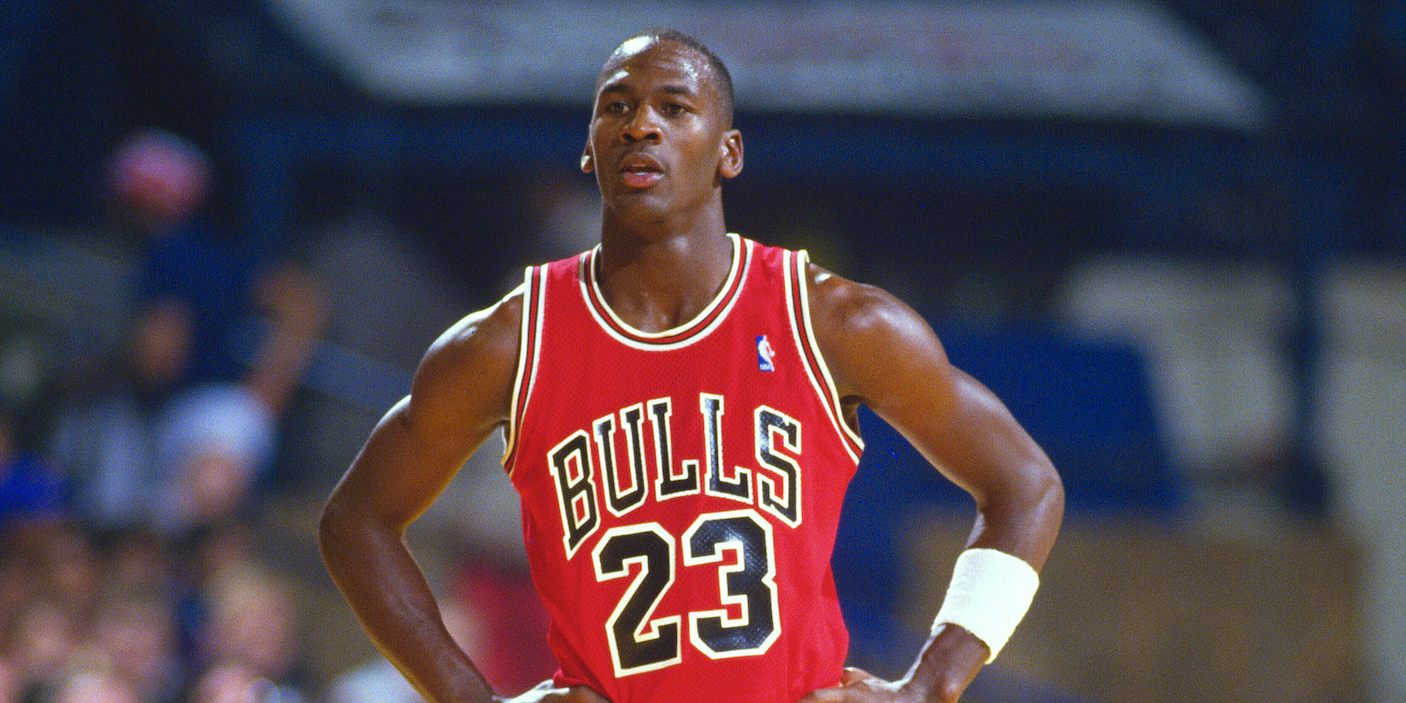 Focus on Sport/Getty ImagesMichael Jordan in 1986.

ESPN’s docuseries “The Last Dance” covered one of Michael Jordan’s iconic moments: the 1986 playoffs, specifically, Games 1 and 2 against the Boston Celtics, when he scored 49 and 63 points.

The Bulls lost both games, and were swept in three games, but Jordan nonetheless made his stamp on the league as one of the most dominant scorers.

Larry Bird remarked in the documentary” “That was God disguised as Michael Jordan” about Jordan’s 63 points in Game 2.

However, as Golden State Warriors head coach Steve Kerr said on ESPN’s “The Lowe Post” podcast, that performance likely wouldn’t have even happened in today’s NBA because of a shift in the way teams think.

The 1985-96 season was Jordan’s second in the NBA. He played just three games before breaking his foot, sidelining him until mid-March.

AP Photo/Fred JewellMichael Jordan sits on the bench with a broken foot during the 1985-86 season.

When Jordan returned, the Bulls were just 24-43, but still in the playoff race in the East. As the documentary covered, Jordan was hellbent to return to the floor and play as much as possible to will the Bulls into the playoffs. Bulls management, however, was more cautious, placing him on a minutes restriction through his first several games. As his minutes gradually increased, the Bulls went 5-3 to finish the season and made it into the playoffs as an eight seed, despite being just 30-52.

As Zach Lowe noted on the podcast with Kerr, it’s unlikely that in today’s NBA that a team would have even allowed Jordan to return to the floor, given his bright future, severity of his injury.

“I wonder if today there would have been a 0% chance that Michael plays in the playoffs that year,” Lowe said. “Don’t you think? There’s just no way an eighth seed is going to let him on the court.” Ben Margot/AP ImagesKlay Thompson and Stephen Curry missed all or most of the 2019-20 season.

Kerr has some experience with this. Warriors guard Klay Thompson was presumed to be out for the entire season after tearing his ACL in the NBA Finals last June. Some timelines would have had Thompson returning in the early spring, perhaps just in time for a playoff push; instead, the Warriors ruled him out of the season early on.

Likewise, Stephen Curry broke his hand just four games into the 2019-20 season. Granted, the Warriors were already well out of the playoff race by the time he was getting closer to returning, but the team didn’t expedite the process, either.

Curry didn’t return until March 5, and even then, his timeline to return had been pushed back several times.

A change in organizational thinking

In today’s NBA, not only are teams generally more cautious with injuries to star players, the value of the eighth seed is also diminished.

Teams, of course, still want to make the playoffs – the revenue of playoff games is beneficial – but few would jeopardize their star player to do so. If teams today were in a position like the Bulls in 1986 – 20 games below .500, with an injured franchise star – they would likely sit their star for the remainder of the season and tank to improve their lottery odds.

Jordan told ESPN in 2012 that he thought the Bulls were more interested in “positioning themselves for the draft.”

“I felt more than anything they were positioning themselves for the draft and I didn’t feel good being part of that. I felt I was an all-out player who didn’t half-arse anything, and they wanted to move up (in the draft). I was a player, I wanted to play.”

Today, the NBA is discussing several scenarios to combat tanking and give teams more incentive to fight for the playoffs. One such idea has been a “play-in” tournament with the 7-10 seeds in each conference. The idea is to give teams further down in the standings more reason to continue competing late in the season, rather than preparing for the draft.

Bulls owner Jerry Reinsdorf also confirmed to ESPN that he was scared that Jordan would re-injure his foot and never play again.

“I made that mistake with Michael Jordan years ago where I think we let him come back too soon. It worked out OK, but it might not have,” Reinsdorf said, adding: “I was scared to death he was going to be hurt again, and that would be the last we would ever see of Michael Jordan.” As documented in “The Last Dance,” Jordan and Reinsdorf squabbled over letting Jordan play again. Doctors had told Jordan that he had a 10% chance of re-injuring his foot and never playing again. When Jordan insisted on playing, Reinsdorf gave Jordan a hypothetical to better understand the “risk-reward ratio:” If he was given a bottle of pills to cure a headache, and one of the 10 pills might kill him, would he take it?

Jordan responded: “Depends on how f—ing bad the headache is.”

Jordan won out, of course, and ended up producing a classic playoff performance, even if it came in defeat. If it had been years later, there’s a good chance it wouldn’t have happened.