'He's not going to pass this f---ing ball:' Teammates had hilarious reactions to Michael Jordan's iconic final shot with the Bulls

Michael Jordan’s final shot with the Chicago Bulls is arguably his most iconic, and his teammates had no misgivings about their roles on the play.

In the final 37 seconds of Game 6 of the 1998 Finals, Jordan scored a layup to cut the Utah Jazz lead to one point. On the next play, he stole the ball from Karl Malone, brought the ball up the court, drove to his right, crossed-up Jazz forward Byron Russell, and hit the game-winning shot to seal a sixth championship.

MJ didn’t take another shot in a Bulls uniform.

In those final seconds, no one else on the Bulls touched the ball, and none of them thought they were going to. Asked about it in “The Last Dance,” Scottie Pippen and Dennis Rodman said they weren’t going anywhere near the ball. 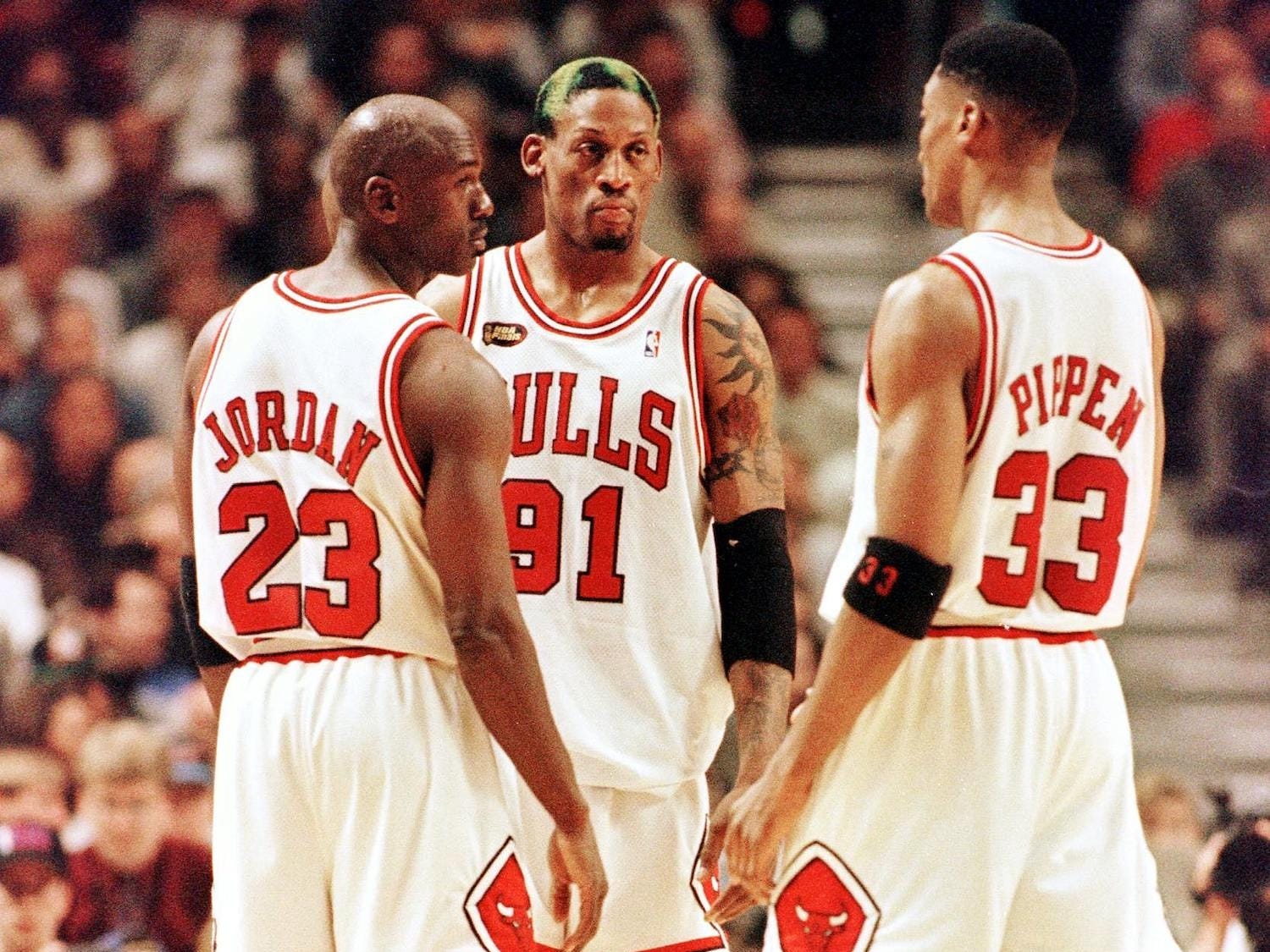 Throughout Jordan’s career, he had a habit of finding open teammates for big shots in big moments. Former guard John Paxson hit several big shots, and Steve Kerr later hit several important shots in the 1997 and 1998 playoffs. Rodman said he knew that wasn’t going to happen on that play.

“He is not going pass this f—ing ball,” Rodman said. “Whether it was John Paxson, or f—ing Steve Kerr. Hell no. This is his turn.”

In the series, Jordan also addressed the controversy over his final shot, which some people think was a push-off an offensive foul. Jordan called it “bulls—” saying he barely touched Russell.

The Bulls disbanded shortly after their sixth championship. Jordan retired briefly, though he came back as a member of the Washington Wizards three years later. Phil Jackson retired before returning to coach the Los Angeles Lakers. Pippen, Rodman, and Kerr all went to new teams.

Jordan called it “maddening” that the team didn’t get another shot to win a seventh championship.