Michael Jordan once had to retrieve Dennis Rodman from his apartment after he vacationed in the middle of a season, all while Carmen Electra hid out of sight 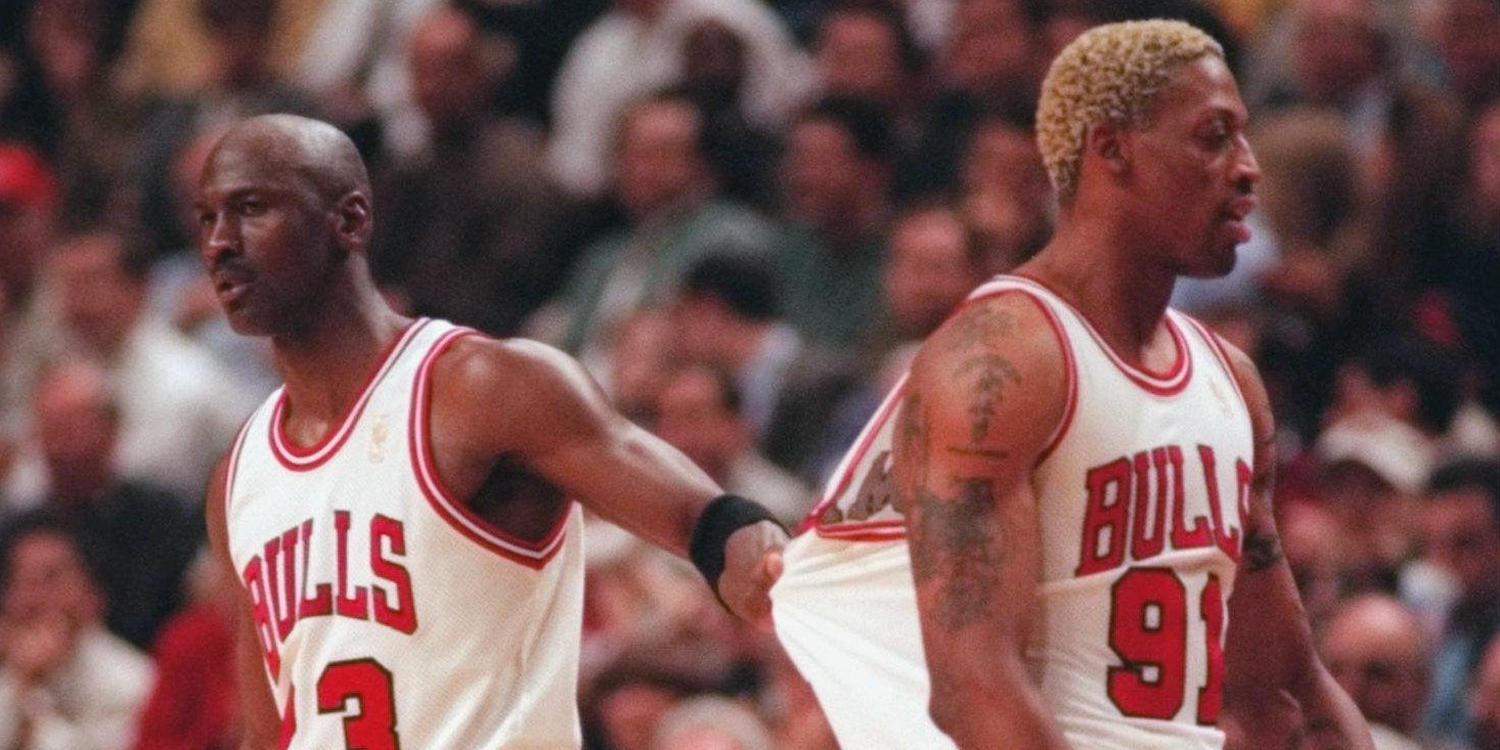 Michael Jordan had to personally end Dennis Rodman’s vacation during the 1997-98 season, as documented in ESPN’s “The Last Dance.”

In 1998, Rodman asked Bulls head coach Phil Jackson for a vacation. Despite Jordan pleading with Jackson not to let Rodman go, Jackson gave the enigmatic star 48 hours to leave the team. Rodman chose to go to Las Vegas.

According to “The Last Dance,” Rodman was gone for longer than 48 hours. Eventually, Jordan went to go get Rodman to get him back to practice himself.

“He didn’t come back on time,” Jordan said in the series. “We had to go get his arse out of bed.”

Little did Jordan know, someone else was in the room with Rodman, hiding: model and actress Carmen Electra.

“There’s a knock on the door; it’s Michael Jordan,” Electra said. “I hid. I didn’t want him to see me like that, so I’m just hiding behind the couch with covers over me.”

She said Jordan woke up Rodman and told him to get to practice.

Electra said in the documentary that she began partying with Rodman immediately upon meeting up in Las Vegas. She said she was unfamiliar with the NBA season and didn’t realise that Rodman would normally have been with the team.

“The Last Dance” showed Rodman arriving at Bulls practice wearing pajama bottoms. Jackson told Rodman that he needed to exercise, to which Jordan joked that simply getting Rodman to practice was enough.

“The Last Dance” director Jason Hehir, and several other outlets, have said that Rodman was actually in his apartment in Chicago, across from the United Centre, when Jordan went to get Rodman.

According to Jordan, Jackson made the Bulls do a conditioning drill to get Rodman back into shape. In the drill, the Bulls all ran laps, with each player taking turns leading the group. Every player would have to run past the leader before someone new led the charge. Jordan told all of the Bulls to take it easy and keep it to a light jog. Rodman instead ran at nearly a full sprint, which took the Bulls four laps to pass him.

Jordan said it showed Rodman was “always on point.”

Despite Rodman’s self-imposed exile and partying habits, that Jordan would go to personally bring Rodman back showed the forward’s value to the team.

Correction:
An earlier version of this story said Jordan retrieved Rodman from a hotel in Las Vegas. The director later clarified that Rodman had already returned to Chicago and Jordan retrieved him from his apartment.