Michael Jordan's daughter, Jasmine, had to Google her dad to understand his basketball legacy

Michael Jordan’s basketball legacy permeated nearly every aspect of life in the 1990s, but at least one person wasn’t enamoured by His Airness’ immense star power.

Jordan’s daughter, Jasmine Jordan, says she was wholly unaware of her father’s astronomical fame as a young child.

In an interview with Michael Strahan on “Good Morning America,” Monday morning, Jasmine and Jeffrey Jordan reflected on “The Last Dance” – ESPN’s 10-part documentary series about their father and his 1997-98 Chicago Bulls. “It’s been eye-opening,” Jasmine told Strahan. “I was so young at the time so now I’m actually seeing, like, this was going on around me and now I’m understanding the chaos and everything that was happening.”

“It’s been a joy, really, to watch and I think like everybody else we’re sad that it’s over,” she added.

Jasmine was born in 1992, so she was just six years old when Michael completed the second three-peat of his career and wrapped up his illustrious tenure with the Chicago Bulls. At 27 years old, “The Last Dance” gave her the opportunity to truly absorb the impact her father had on the world around him for the first time.

“I didn’t understand it,” Jasmine said. “I had kids and teachers at school telling me ‘It’s incredible your father is who he is’ and I’m thinking ‘You all haven’t met my father, to my knowledge, so how do you know this?'”

The middle of MJ’s five children, Jasmine eventually decided to investigate why her dad was so important to strangers on her own. 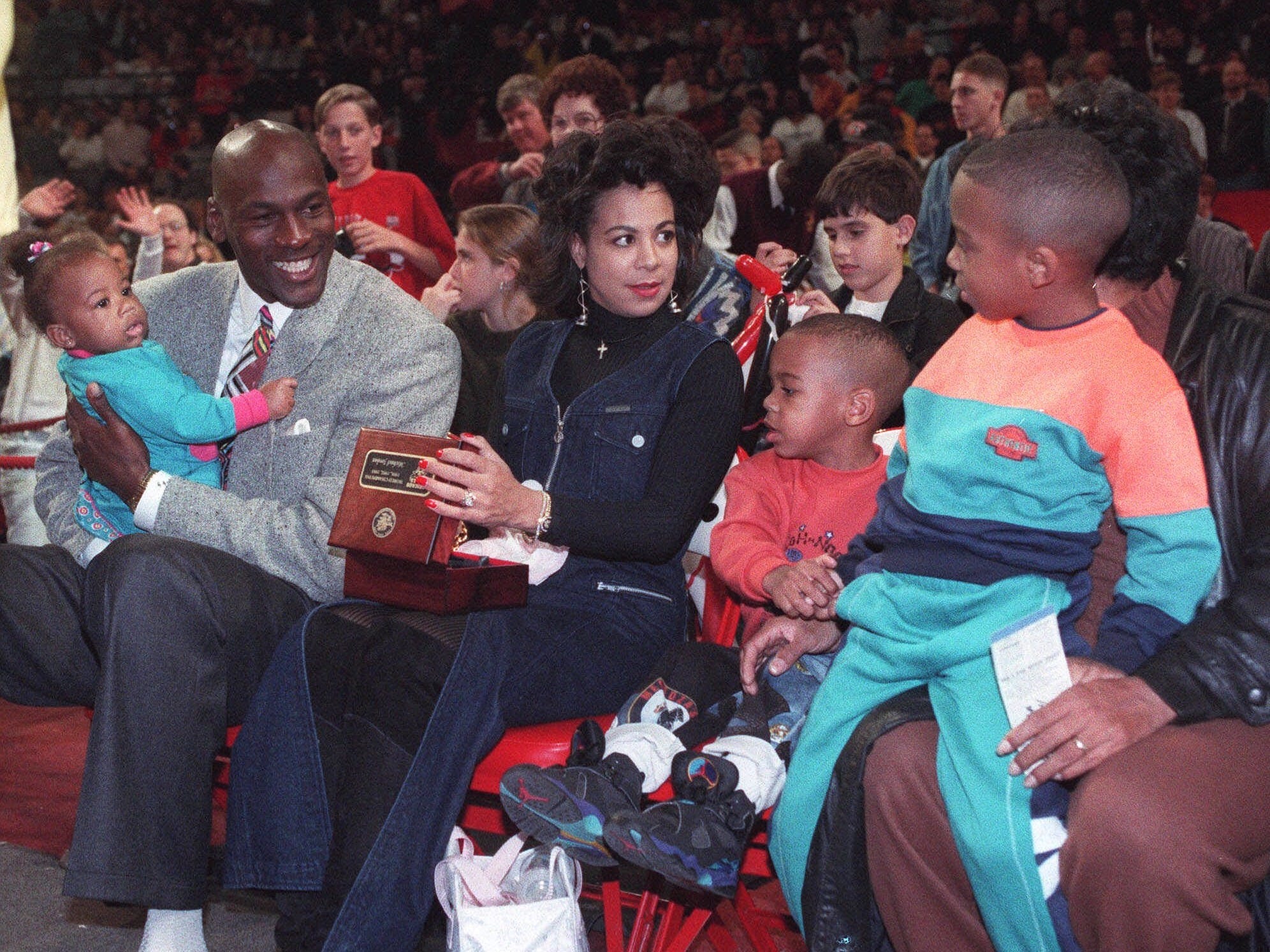 “I Googled him,” she told Strahan. “I found a lot, clearly, so I had that conversation with my father afterward and he just laughed and was like ‘Hey, there’s no way to really tell you anything like that.'”

Jasmine noted that she’s “grateful” that she enjoyed her childhood without an intense focus on her father’s superstardom.

“Between him and my mum, they made sure that we felt like he was normal as can be,” Jasmine said. “We grew up very normal and, for that, I’m grateful.”

Check out the full “Good Morning America” interview below:

Michael Jordan’s kids, Jeffrey and Jasmine Jordan, tell @michaelstrahan what it was like to watch @espn’s #TheLastDance. “It’s been a treat to watch.” https://t.co/45240XpSqC pic.twitter.com/UGne1KheC2