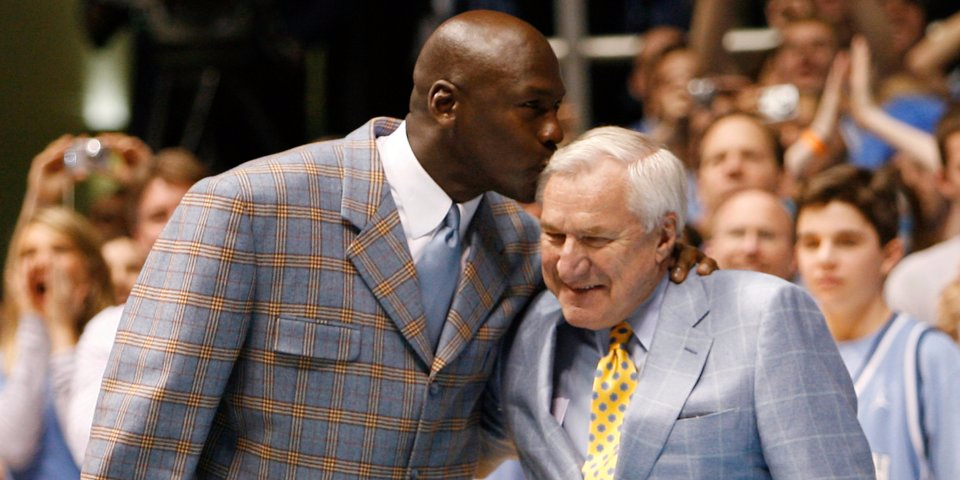 The University of North Carolina Tar Heels men’s basketball team is one of the most prestigious programs in college basketball, with six national titles.

Of all of North Carolina’s title-winning teams, however, none may be more iconic than the 1982 National Championship team. Led by legendary coach Dean Smith, and with a roster boasting some of the greatest players ever – indeed, perhaps the greatest player ever – the ’82 Heels won a thrilling, down-to-the-wire contest against the Georgetown Hoyas to claim the title.

Below, we take a look at some of the key contributors to that team, as well as where they went after that iconic game.

Brandon Wiggins contributed to this report.

James Worthy was the top player on the 1982 team, winning the National Player of the Year and Final Four Most Outstanding Player awards that year. 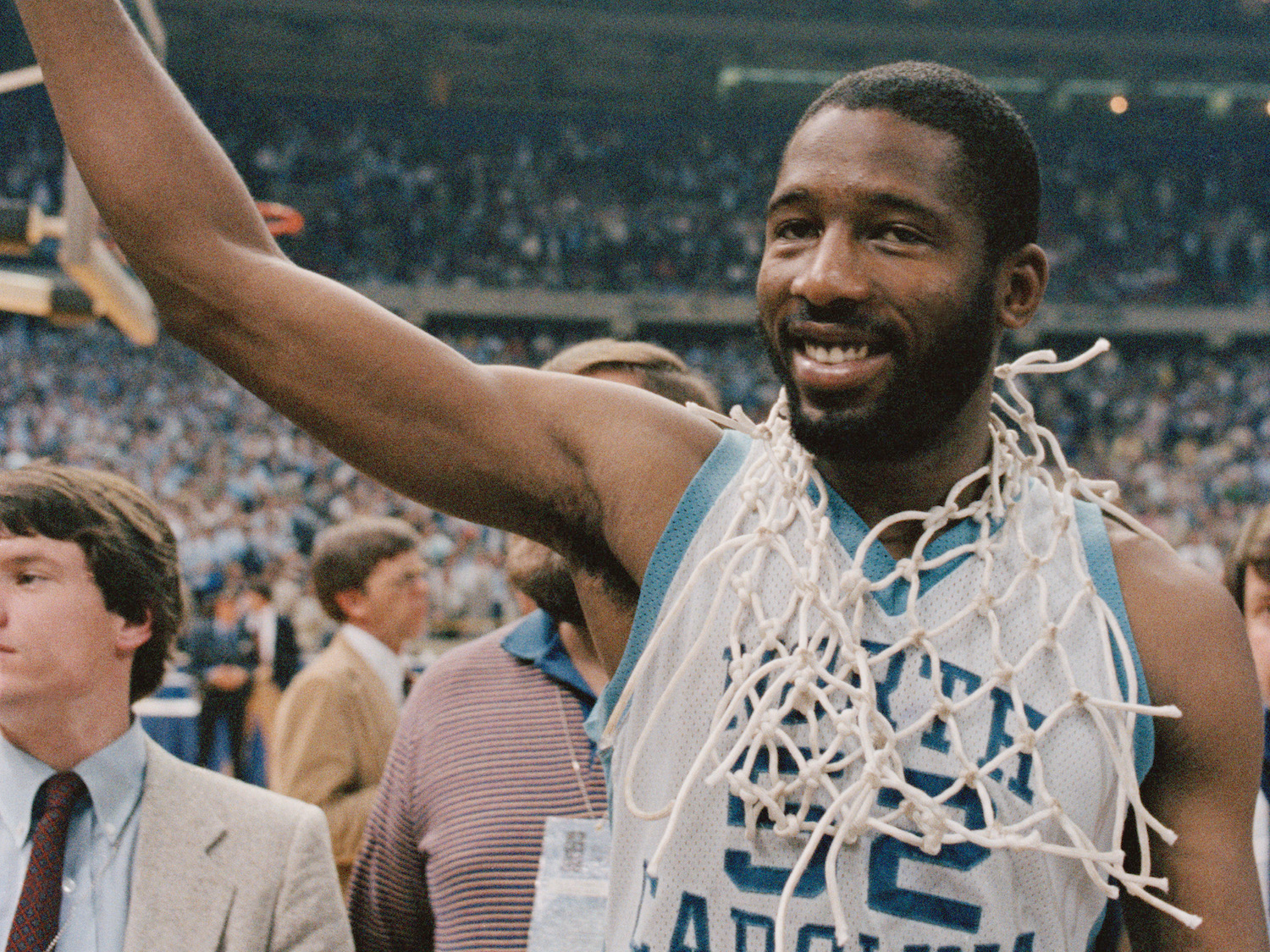 Worthy went on to have a Hall of Fame NBA career with the Los Angeles Lakers, retiring in 1994 with career averages of 17 points, 5 rebounds, and 3 assists per game. He currently works as a Lakers TV analyst. Michael Jordan was a freshman on the 1982 Tar Heels team, and he played a pivotal role averaging 13.5 points per game. He also hit the game-winning shot against Georgetown in the title game. 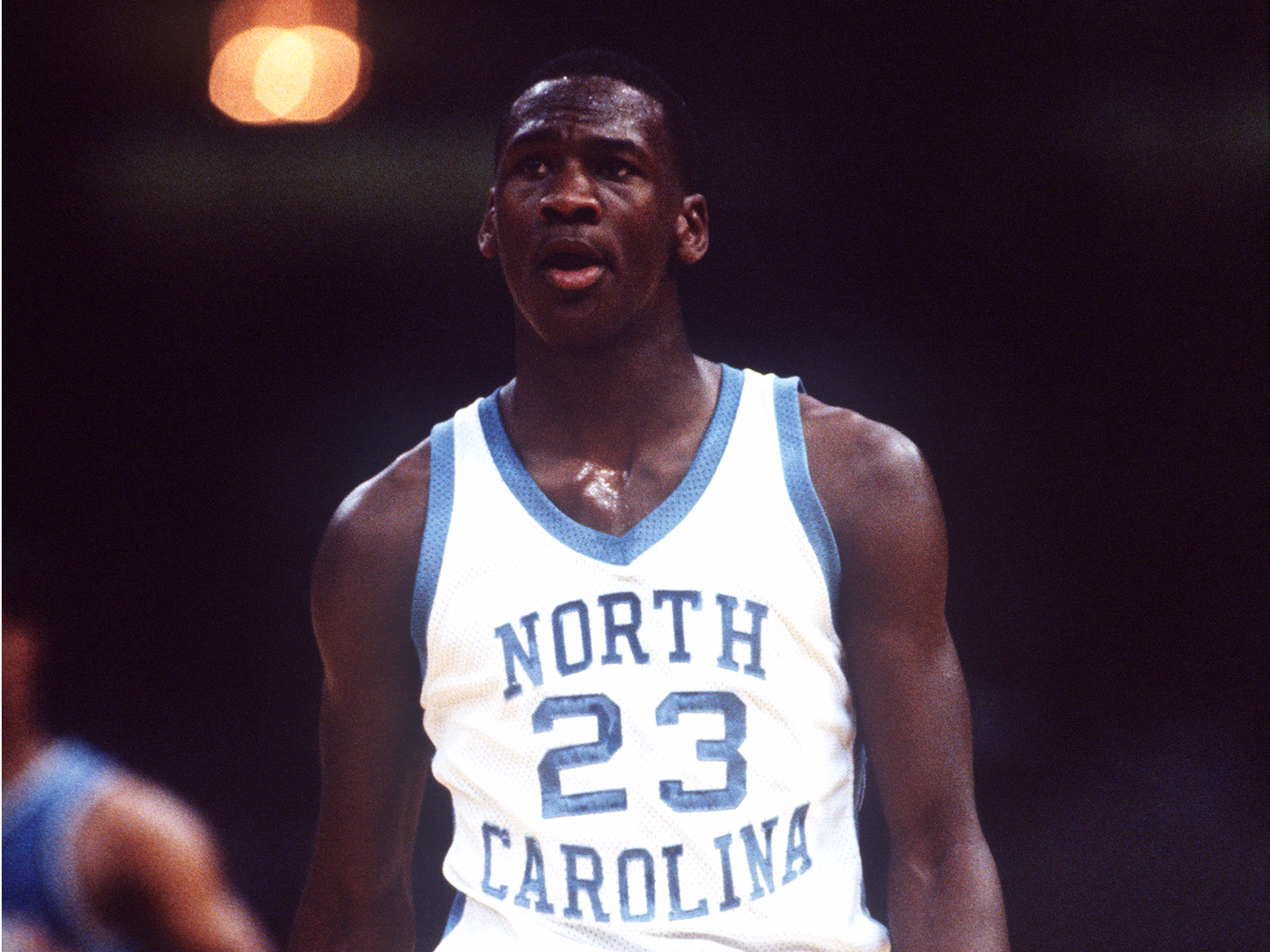 Jordan went on to become widely regarded as the greatest basketball player of all time, winning six titles with the Chicago Bulls. After retiring in 1998 he returned to basketball first as an executive, then a player, for the Washington Wizards, before retiring for good in 2003. He is currently the owner of the Charlotte Hornets. 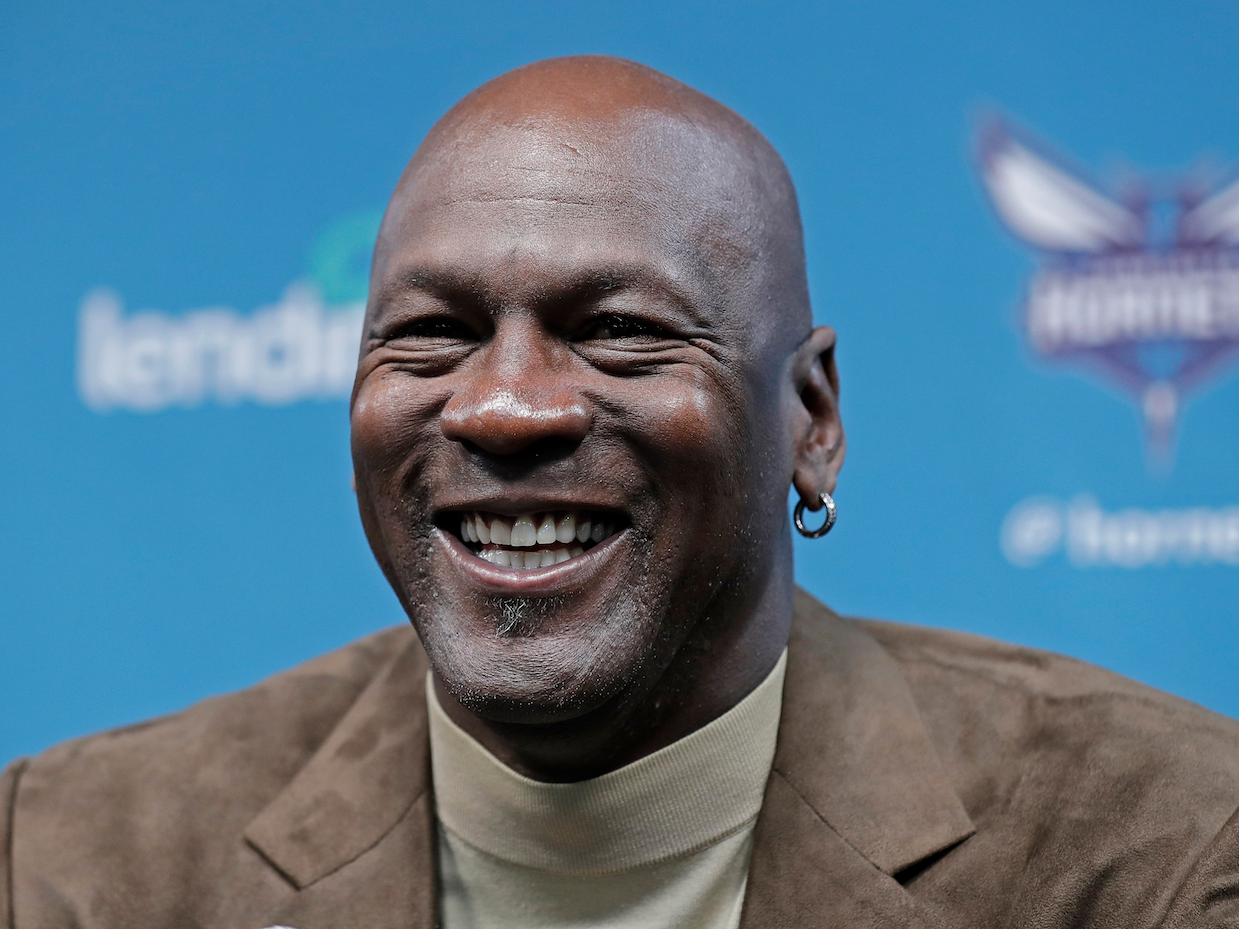 Sam Perkins was a sophomore and second-team All-American. He was the team’s second-leading scorer and leading rebounder, averaging 14 points and 7 boards per game. Perkins would go on to the NBA in 1984 (drafted right behind Jordan). He played in the NBA for 17 years. Since retiring, he has worked in the Indiana Pacers front office, and continues to host a basketball camp in Chapel Hill. 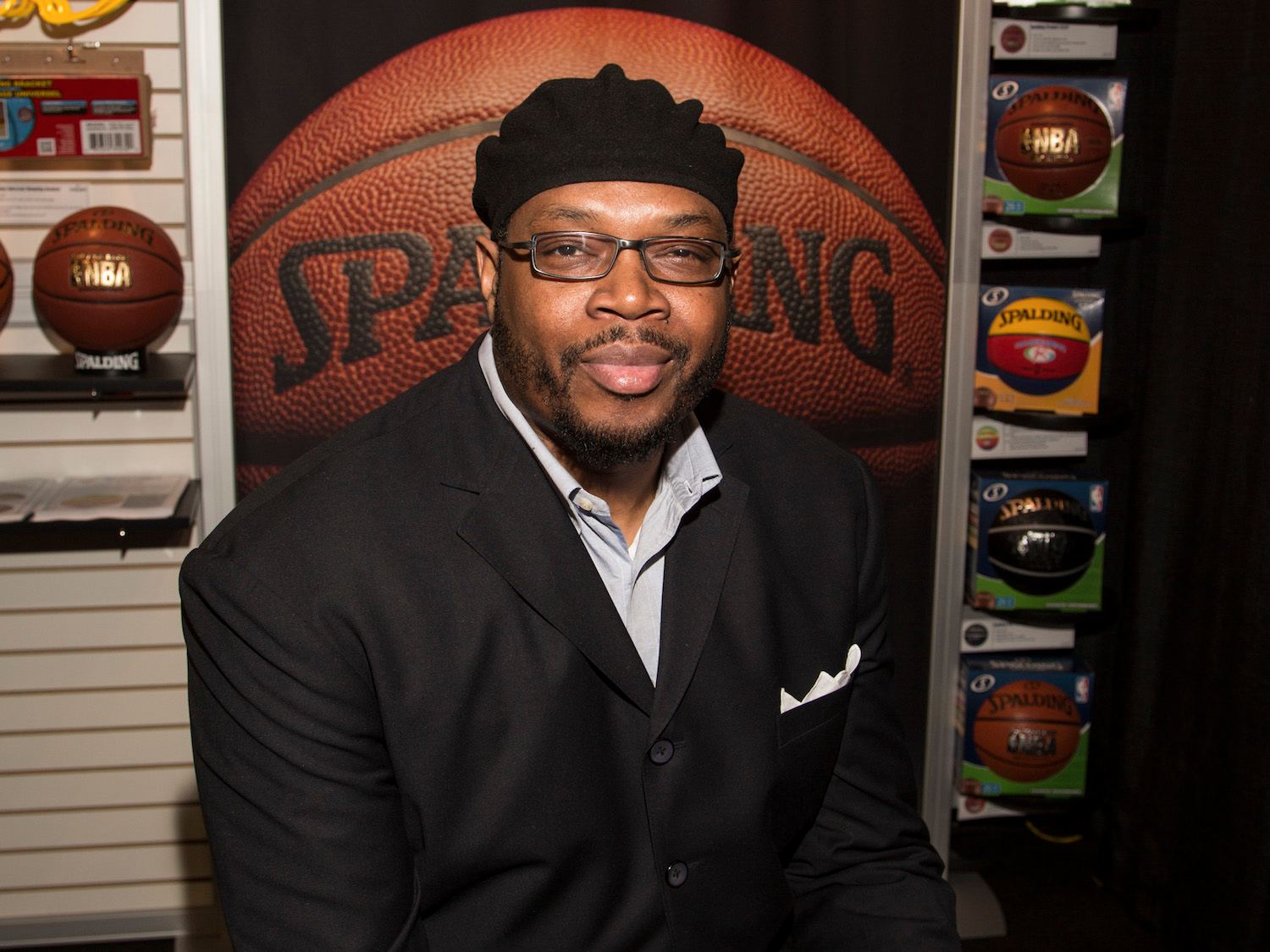 Jimmy Black was the starting point guard and captain as a senior for the ’82 Tar Heels. 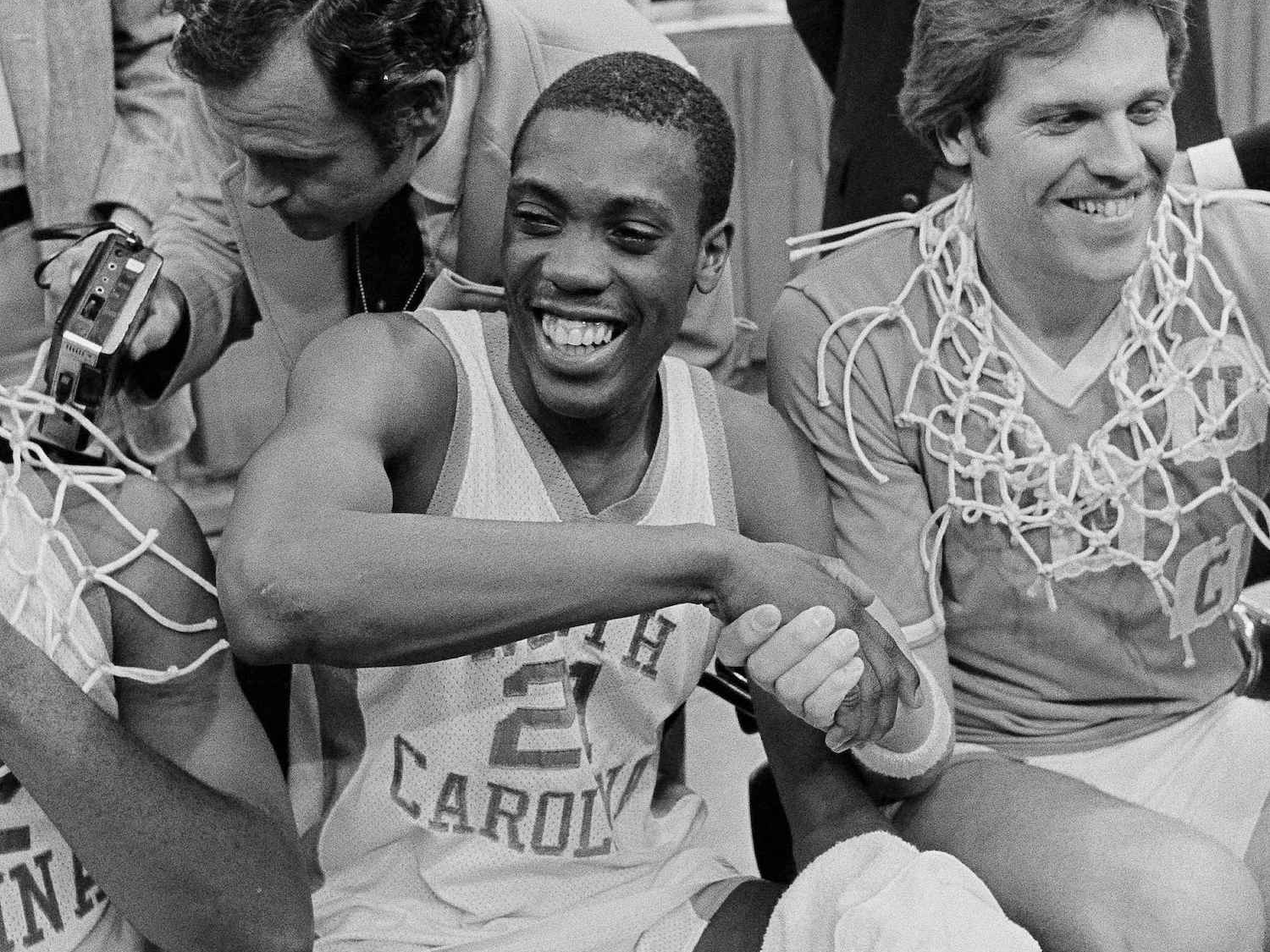 Black never made it to the NBA but did serve as an assistant coach for several schools and later authored a book about the 1982 UNC team. He remains an avid supporter of UNC basketball, and was on hand to help present the 2017 NCAA title rings to the team this past fall. 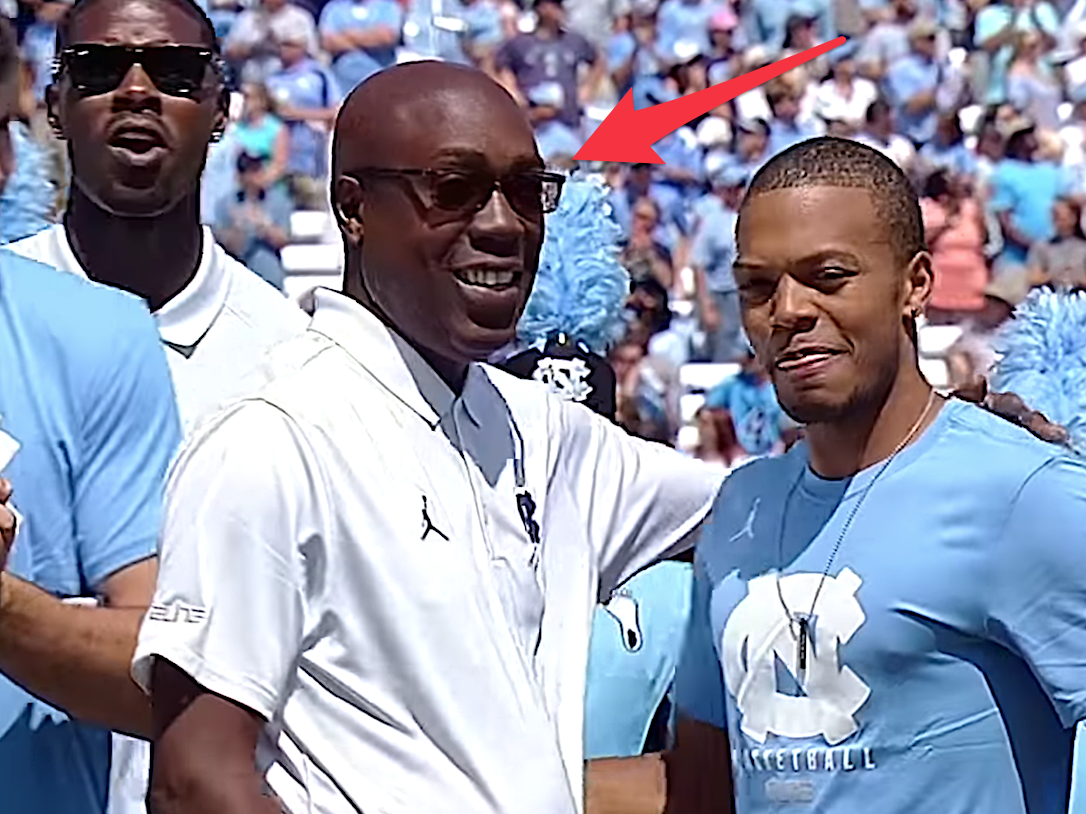 Matt Doherty was a starting forward as a sophomore on the ’82 team. 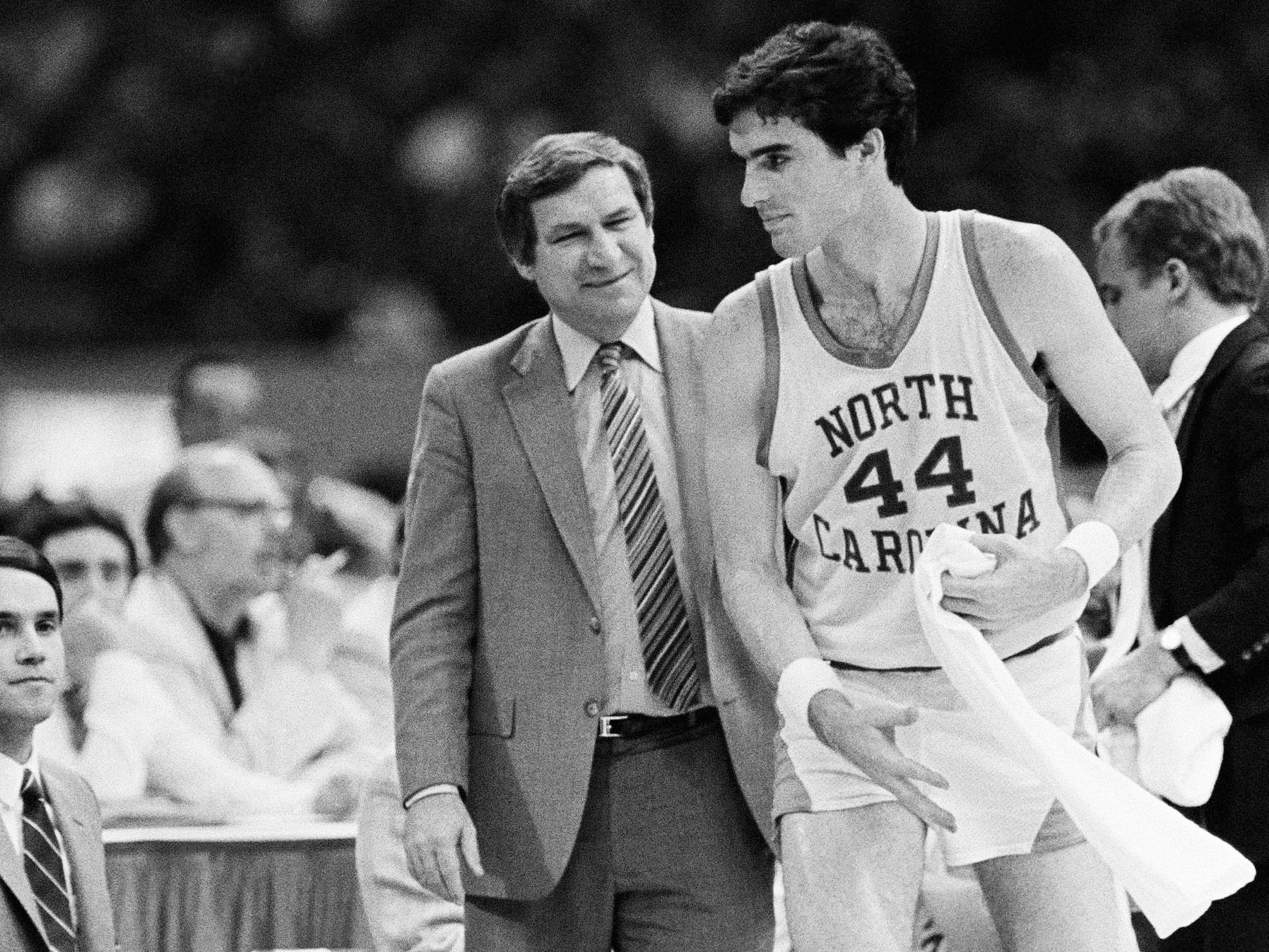 Doherty spent years as a college basketball head coach, including a stint as the head coach at North Carolina. In 2017, he was hired to be the associate commissioner for men’s basketball with the Atlantic 10 conference. He’s now involved in the CBD industry. Buzz Peterson was a freshman reserve guard on the team. 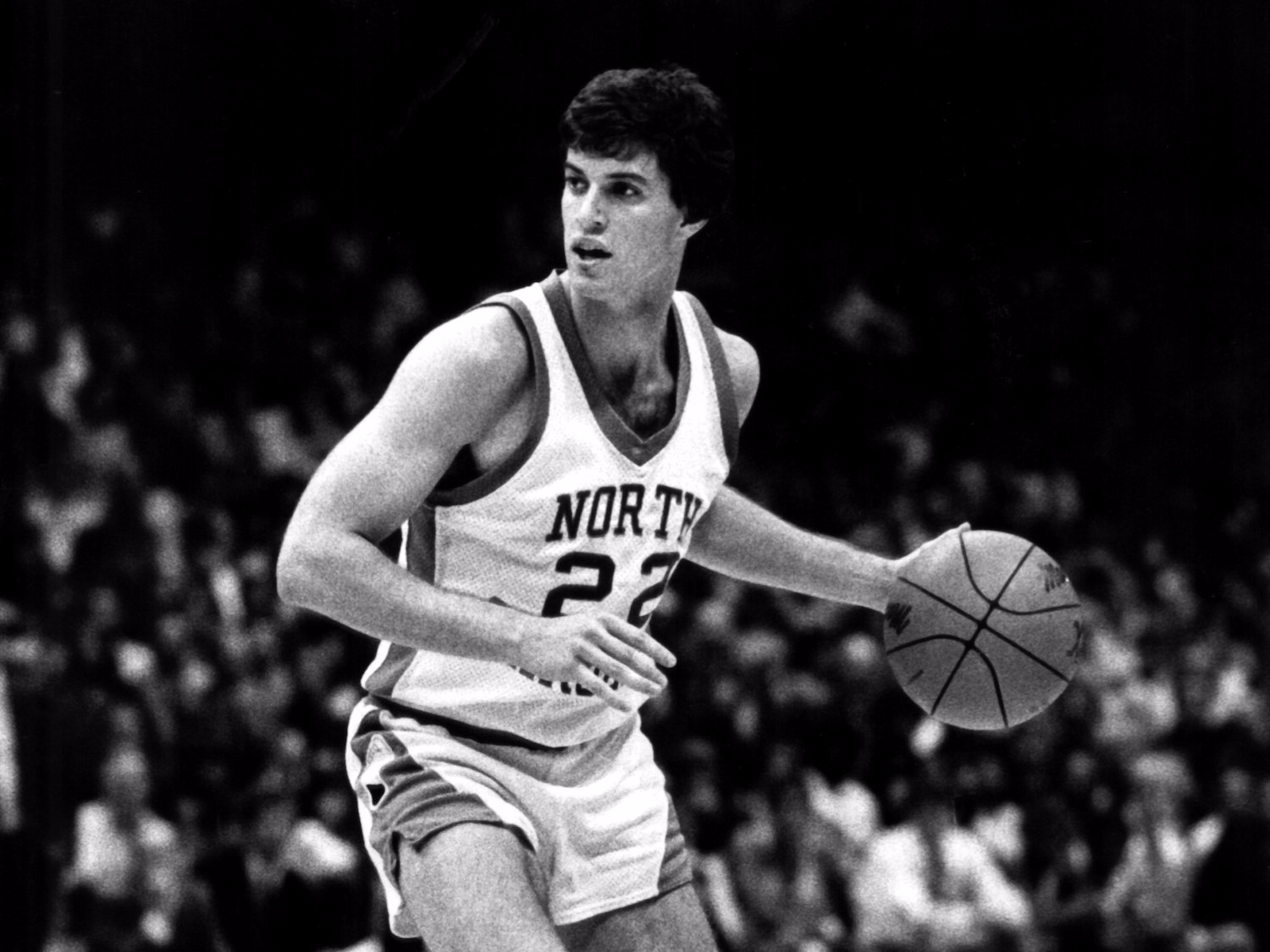 After his playing days ended, Peterson had several head coaching stints in college basketball at places like Appalachian State and Tennessee. He is now reunited with Jordan as the assistant GM of the Hornets. 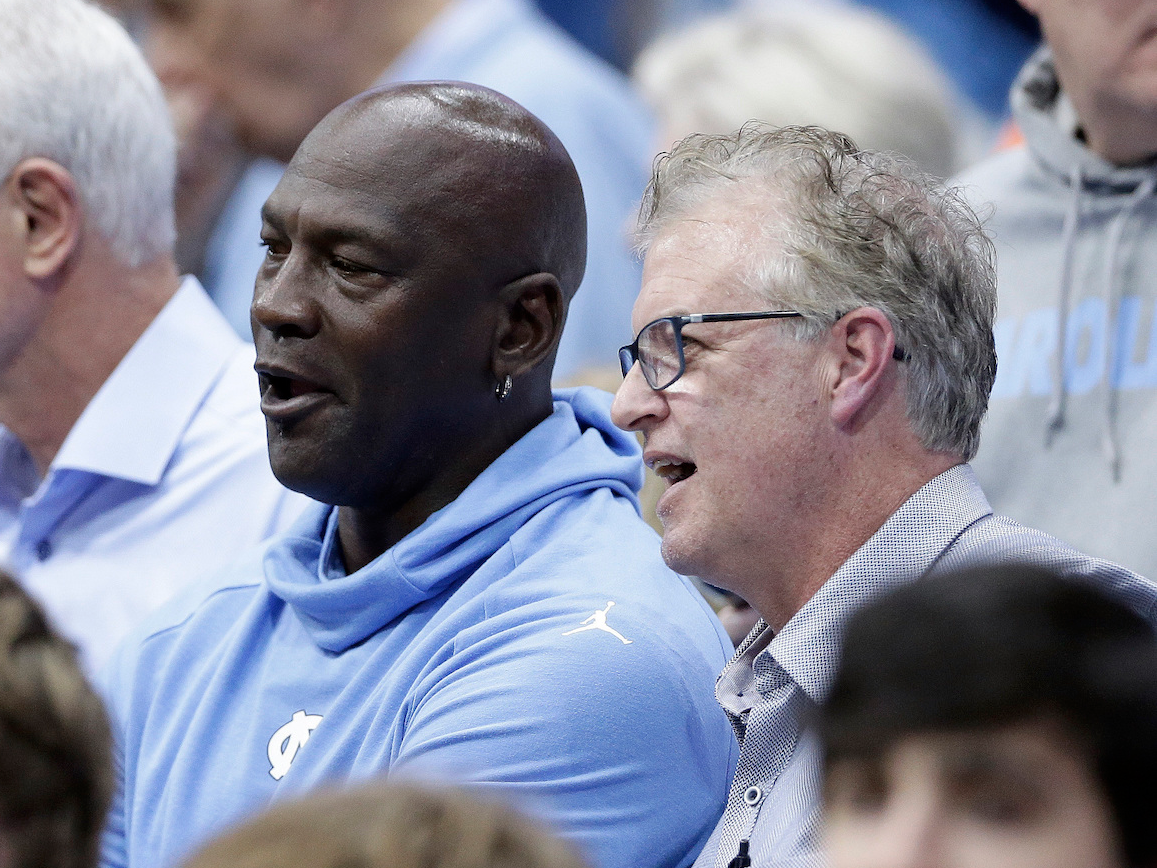 Cecil Exum was a sophomore reserve on the ’82 Heels.

After graduating from UNC, he played basketball professionally in Australia. His son Dante was an NBA lottery pick in 2014.

Jim Braddock (not the boxer) was a junior guard who came off the bench for the 1982 Tar Heels. 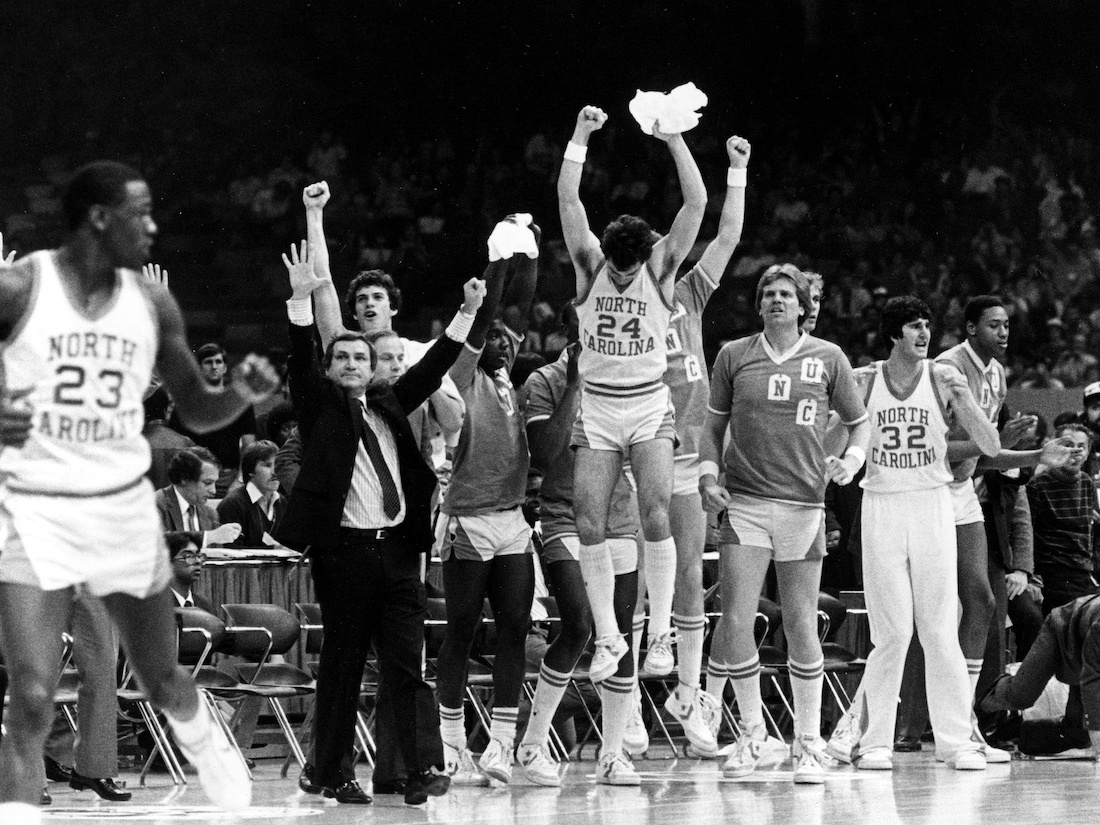 Braddock was drafted to the NBA, but never played. He played overseas, then later coached high school basketball until 2009. He eventually opened up tax preparation stores and ran basketball camps.

One of Baylor’s greatest basketball players in program history – Jim Braddock and his sister Beth Warren in the house tonight at CCS #WeAreBaylorpic.twitter.com/u4nGHjnNcU

Dean Smith had been the Tar Heels coach for over 20 years by 1982, but had not won a national title. He had, however, been one of the first coaches of a southern college to desegregate his college basketball program when he recruited Charlie Scott in 1967. 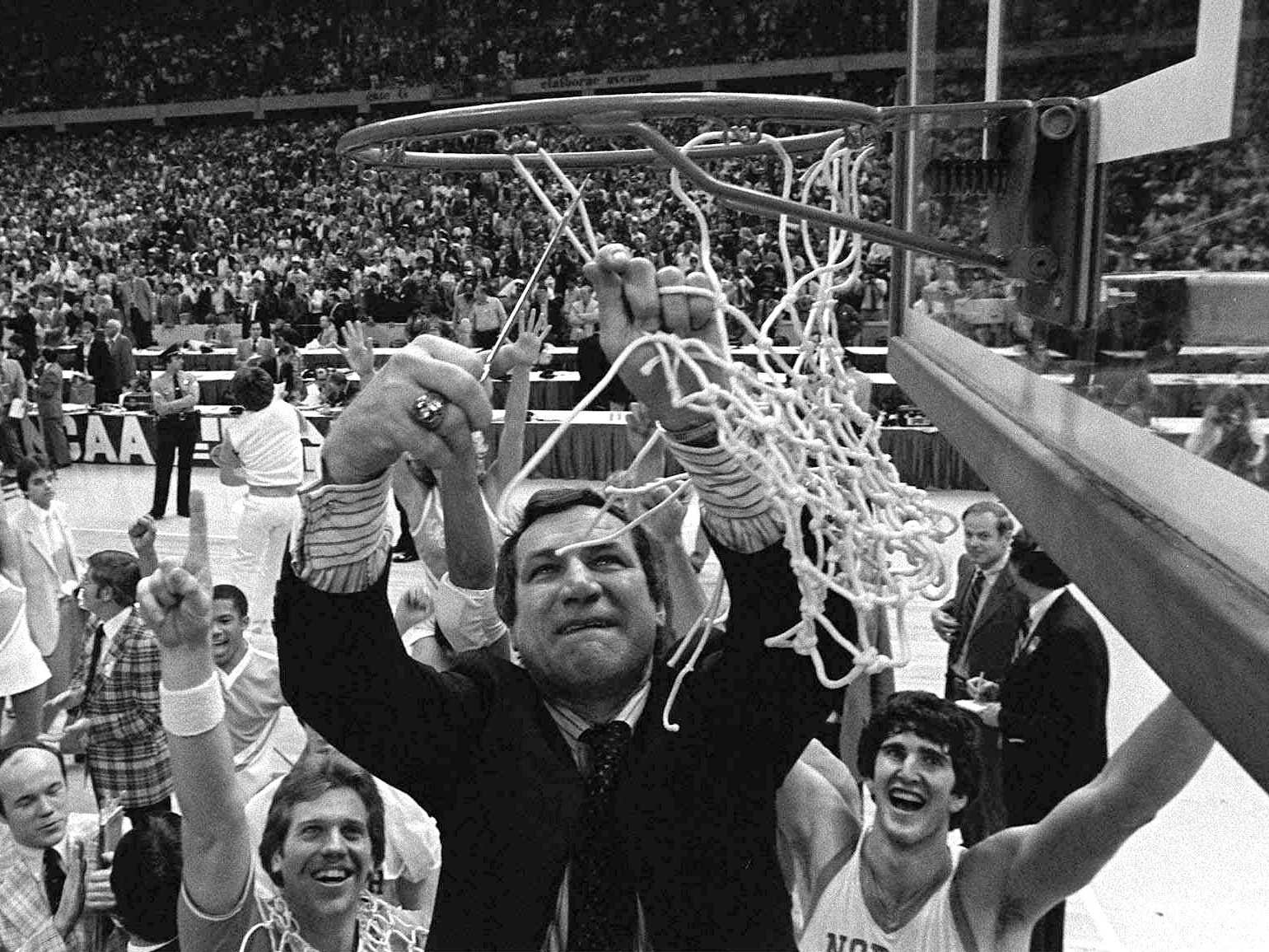 Smith would coach the Tar Heels until 1997, winning another title in 1993. He passed away following a long battle with Alzheimer’s Disease in 2015. 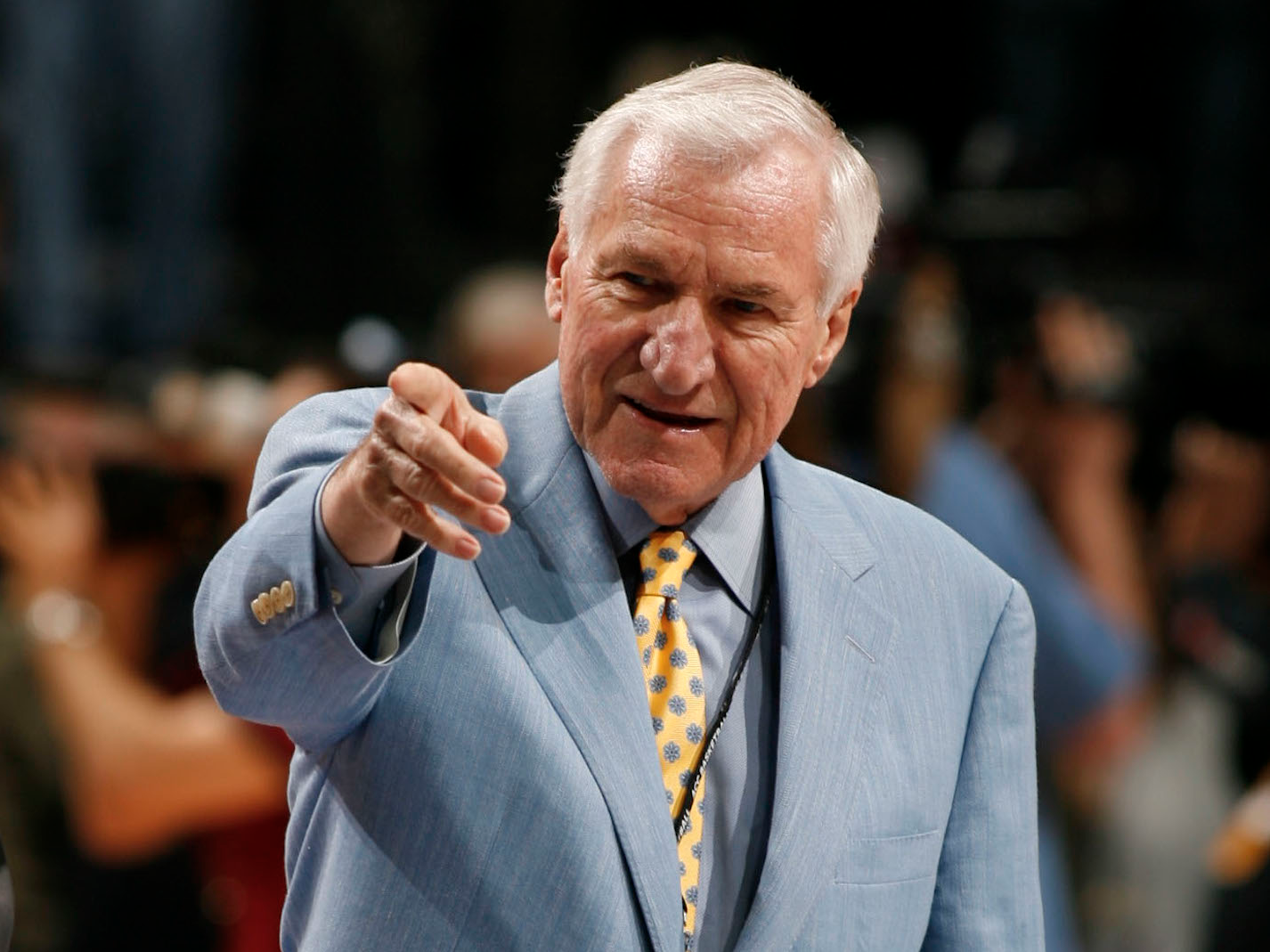 Roy Williams was an assistant coach on the 1982 Tar Heels team. 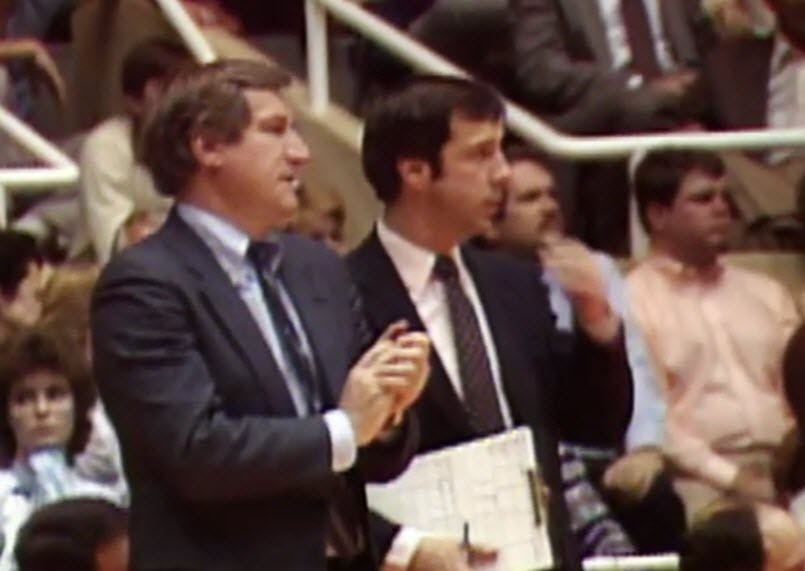 Williams became the head coach of the Kansas Jayhawks in 1988, and remained there until his return to North Carolina in 2003 to become the Tar Heels’ head coach. He has won three national championships with UNC. 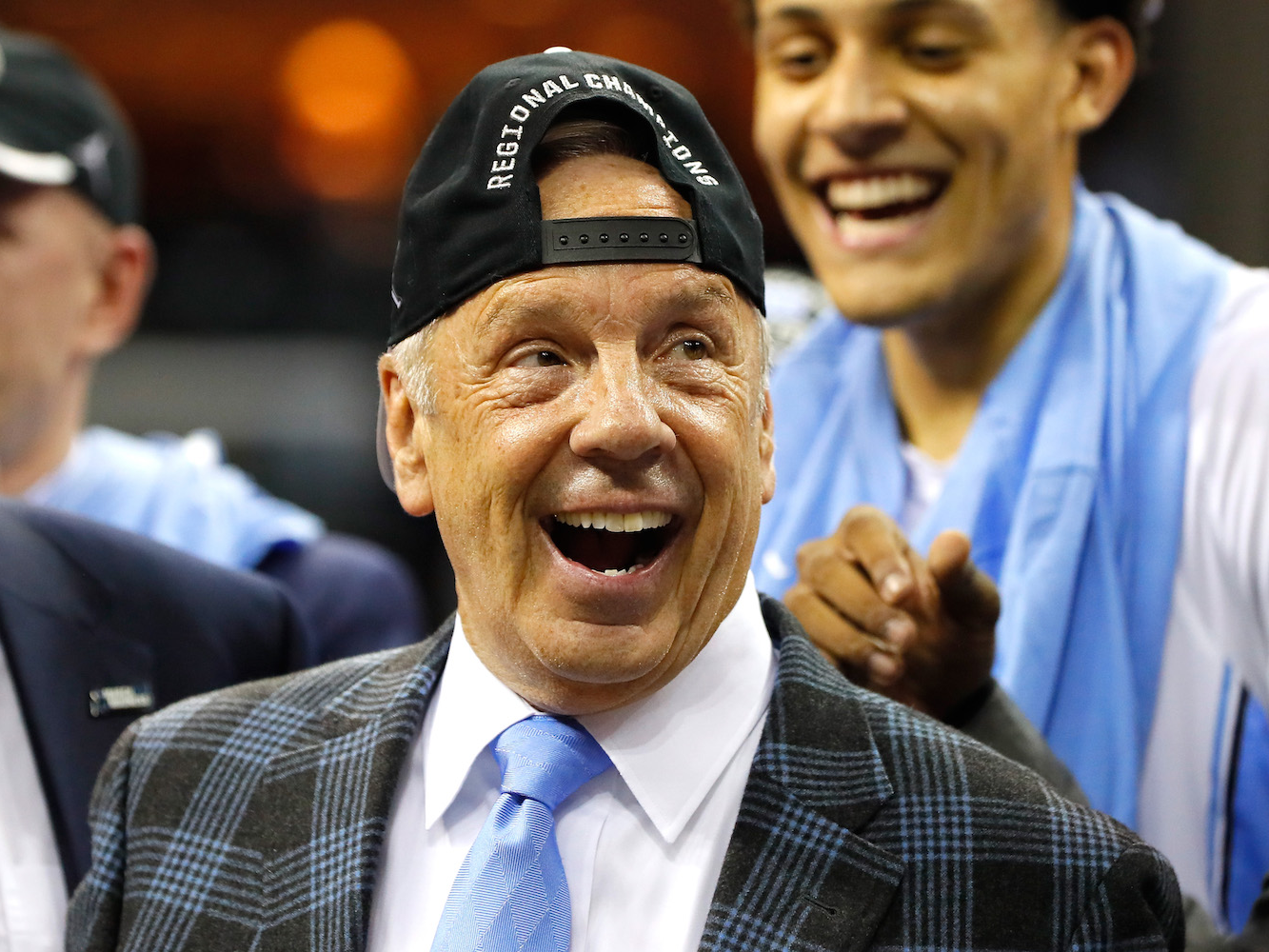 Guthridge would remain Smith’s assistant until 1997, when he became the Tar Heels head coach after the Smith retired. Guthridge would leave UNC to two Final Fours in three seasons before retiring himself in 2000. He passed away in 2015. 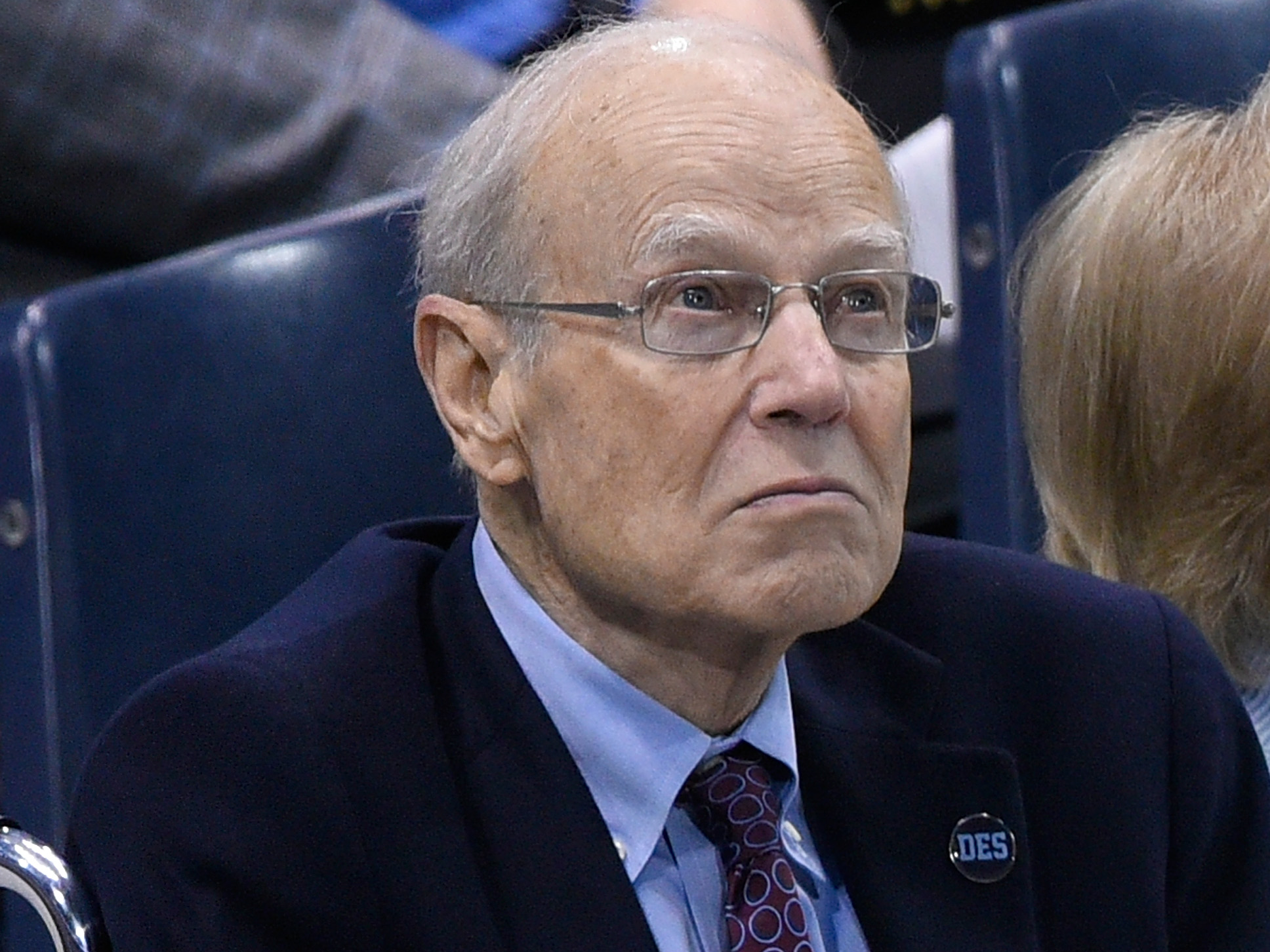 Now, take a look at what happened to some iconic Olympic venues after the games… What abandoned Olympic venues from around the world look like today >