Michael Gove admits Brexit will cause disruption on UK roads, after border trials cause huge queues at Dover 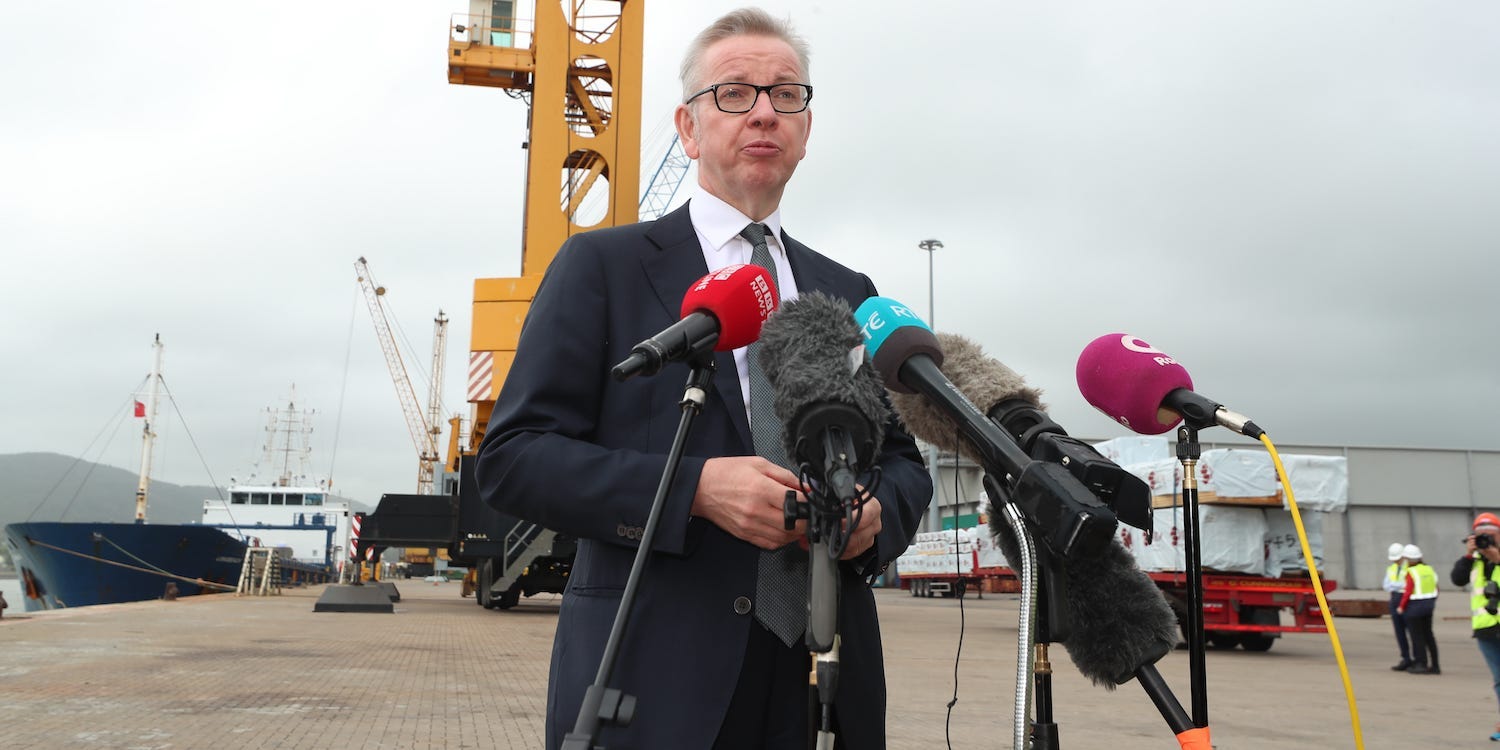 Michael Gove, the Chancellor of the Duchy of Lancaster, has warned that there will “inevitably” be disruption at Britain’s borders and that “traffic will rise” when Britain leaves EU trade rules in January.

Johnson’s government has repeatedly insisted that the UK will be ready to break away from the European Union’s trading rules on New Year’s Eve, with or without a new free trade agreement with the bloc.

However, there was a preview of what awaits Britain’s borders in just five weeks’ time on Tuesday, when pictures of the M20 motorway in Kent showed a five-mile queue of HGVs waiting to cross the English Channel to France.

The queue was the result of Police Aux Frontieres, the French border authority, trialling new immigration checks on lorry drivers arriving from Britain that are set to come into force in January, The Guardian newspaper reported. The checks took around 70 seconds per passenger and are just one of several new border controls that await EU-bound HGV drivers in just over a months’ time.

Asked on Wednesday whether the logistics industry ought to be concerned by what they saw on the M20 yesterday, Gove told Logistics UK’s “Get Ready for Brexit” conference: “I think there will inevitably be some disruption. It’s always the case as you move towards a new set of procedures that not everything will be alright on the night.

“But we’ve been working on it to eliminate as many risks as possible.”

Gove, who Prime Minister Johnson chose to oversee Brexit preparation, sought to play down the prospect of prolonged disruption, however, telling the conference that while “there will be some disruption” and “traffic will rise” after the New Year bank holiday, border operations would then “settle to a new normal” after a few weeks. The government’s reasonable worst-case scenario analysis estimates that there will be queues of up to 7,000 lorries.

Gove said: “It is our belief, and I hope I’m not being too starry-eyed about it, that what we will see in the first two or three weeks after the end of the transition period is yes a period of adjustment and a period of learning on both sides but actually what we are likely to see is that period of adjustment leading to a steady, smooth and effective operation of our border systems and that that will mean that the commercial lifeblood of this country will continue to flow.”

The senior member of Boris Johnson’s government acknowledged that there were particularly-high levels of uncertainty over how trade between Great Britain and Northern Ireland would work from next year. Northern Ireland will continue to follow EU rules, at least temporarily, meaning there will be costly customs and agricultural checks on goods crossing the Irish Sea that don’t currently take place.

Gove said that UK and EU negotiators in the Joint Committee that handles the implementation of the Northern Ireland protocol might be able to “eliminate some of those known unknowns and provide a greater degree of certainty” in “the next week or so.”

Gareth Fuller/PA Images via Getty Images)Freight lorries queueing along the M20 in Kent waiting to access the Eurotunnel terminal in Folkestone.

UK and EU negotiators are racing to negotiate a new free trade agreement and put it into law before the transition period ends on December 31. However, while a deal would eliminate hefty tariffs on a range of goods, there would still be disruption at the border due to Prime Minister Johnson’s decision to diverge from European rules.

On Monday, Alex Chisholm, Permanent Secretary at Gove’s Cabinet Office, told MPs on the Public Accounts Committee (PAC) that disruption at Britain’s borders in January was inevitable as there are “literally many millions of moving parts” as the UK prepares to leave the transition period on New Year’s Eve.

The UK government believes the biggest problem it faces is ensuring small businesses that are pre-occupied with the coronavirus are ready for a new trading relationship with the EU.

In the same session on Monday, the Border & Protocol Delivery Group’s Emma Churchill yesterday told MPs that trader readiness was labelled “red,” meaning it was not expected to be in place on time with just weeks to go.

Many small businesses have said they are too busy dealing with the pandemic to focus on Brexit, Churchill told MPs.