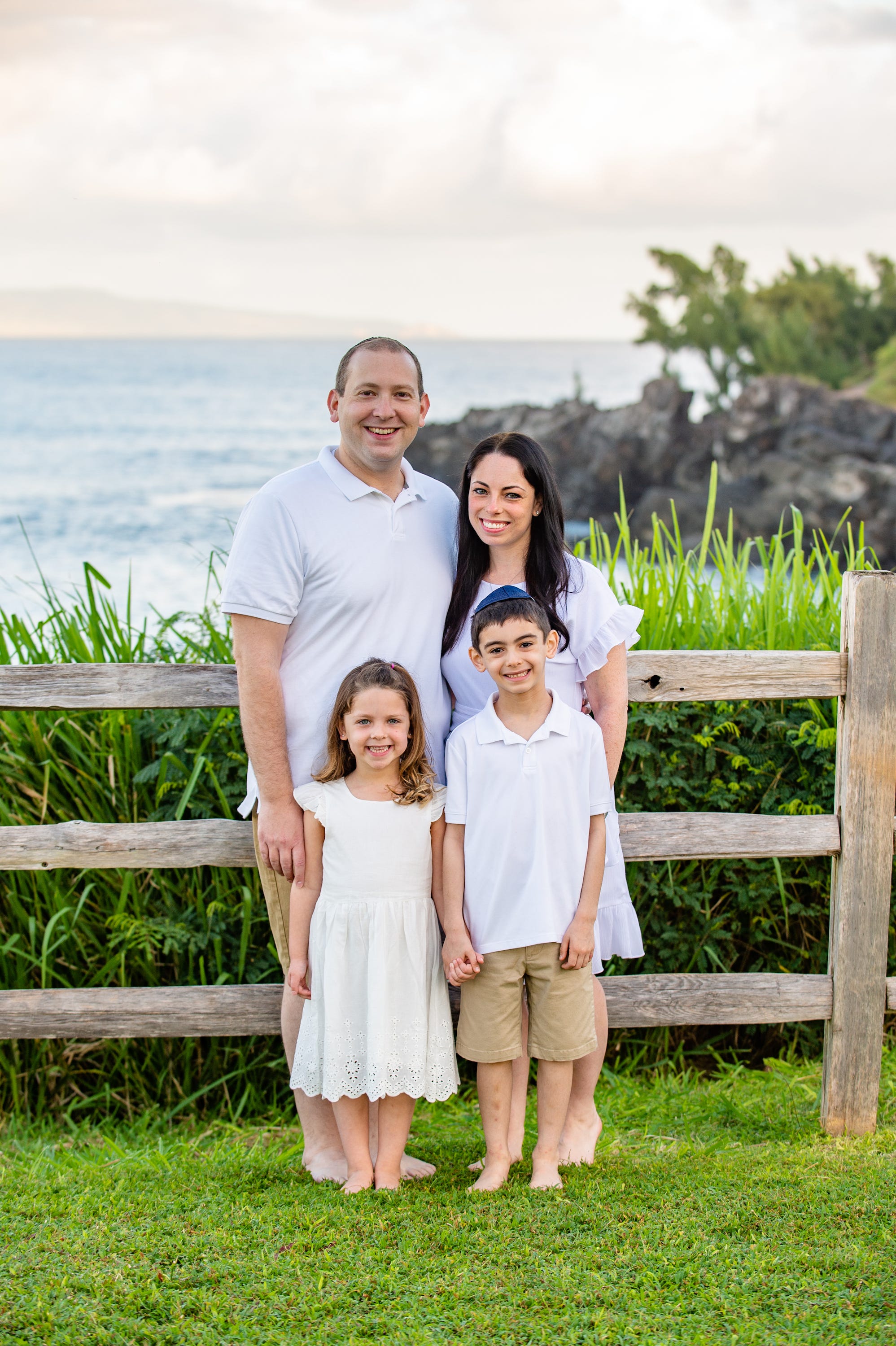 Courtesy of the Goldsmith familyMichael Goldsmith with his wife, Elana, and their kids, Joey, 9, and Sophie, 7.

Every Friday afternoon, without fail, Michael Goldsmith calls his grandmother-in-law just to check in.

But this Friday will be the third in a row that the 34-year-old IT professional, husband, and father of two in Bergenfield, New Jersey, doesn’t ring.

He’s been in a medically induced coma and on a respirator since March 20 because of COVID-19, which had left the “big, powerful, strong” man so winded that he could barely speak when he was on the phone with his father-in-law, Dr. Jack Stroh, a cardiologist.

“He told me just walking to the bathroom he was short of breath,” Stroh told Business Insider.

Now, not only is Goldsmith unable to speak to his family, but the family’s best hope for his recovery, an experimental antiviral drug called remdesivir, has been dangled and retracted from their reach because of what they see as bureaucratic red tape and a lack of compassion from the drug company that makes it, Gilead.

Business Insider talked with Stroh about the family’s journey so far and their ongoing battle against Gilead. If Goldsmith could talk, Stroh said, he would encourage just that.

“He would say, ‘Keep fighting,’ which we are; we’re not resting,” Stroh said. “And he would also show concern for all the other people that are in the same boat. We didn’t start the fight to try to get medication for one person – we started that fight to try to right the wrong.”

After Goldsmith came down with a fever and dizziness on March 11, Stroh advised him to go to his nearest hospital, Hackensack University Medical Centre.

He stayed for several days to get treatment for dehydration, and clinicians tested him for COVID-19, the illness caused by the coronavirus, just in case. By March 16, his test had come back positive.

“He got sent down to the basement for quarantine,” said Stroh, who thinks Goldsmith may have picked up the virus at a social gathering after prayer.

That breathless phone call came two days later, March 18, and Goldsmith’s wife, Elana, took him back to the hospital. He was treated with several therapies, including the malaria drug hydroxychloroquine and antibiotics.

By March 19, Goldsmith had pneumonia. Doctors put him on a respirator on the morning of March 20, a Friday.

“I spoke to Michael just a few minutes before they put him on the machine,” Stroh said. The family felt “horrible,” he added, “but we were hopeful because his physicians were telling us there should be no problem applying for this life-saving medication or that he would get it.” 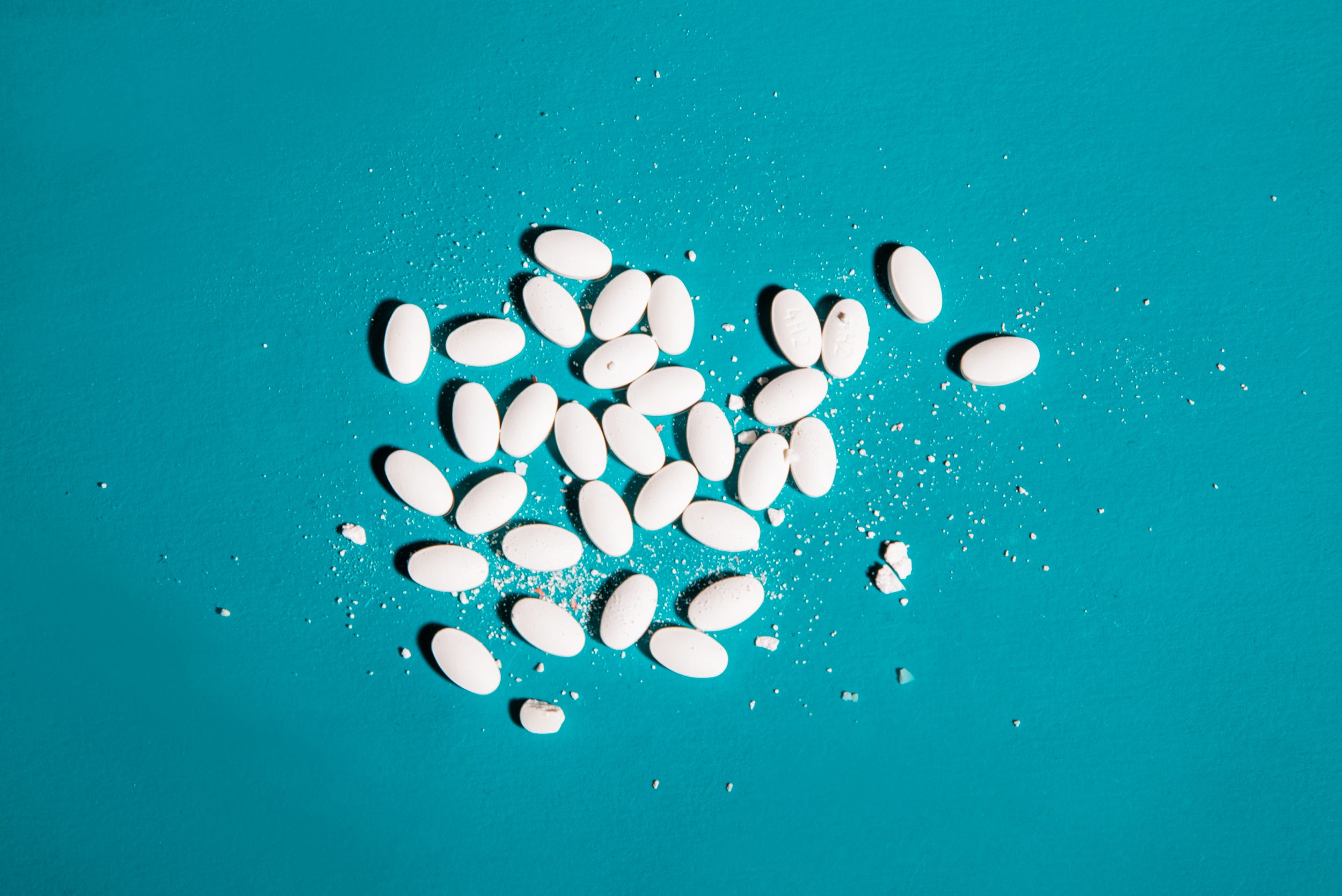 WHO has called remdesivir the ‘most promising’ candidate therapy

That life-saving medication was remdesivir, a drug the World Health Organisation has called “the most promising” COVID-19 treatment.

The antiviral was found to be safe – though not entirely effective – for people with Ebola, and research in test tubes and monkeys has suggested it might help fight COVID-19. The first known person with COVID-19 in the US also began to improve the day after receiving remdesivir.

But the drug has not yet proved safe and effective against COVID-19 in clinical trials, so the only way to access it is by enrolling in such a trial (some are led by Gilead) or through a “compassionate use” program, which loosens restrictions on drug access when other treatment options aren’t available.

At Hackensack, a study centre for the medication, plenty of patients were already on the drug under compassionate use, Stroh said. Goldsmith’s doctors had even prepared the application before putting him on the respirator to waste no time.

Little did they know that at the same time, over at Gilead, the compassionate-use program was being revoked.

“Who knew that if they intubated him that [Thursday] night he would have gotten the remdesivir under compassionate use?” Stroh said. “But because he wasn’t quite sick enough until Friday morning, he missed the boat.” 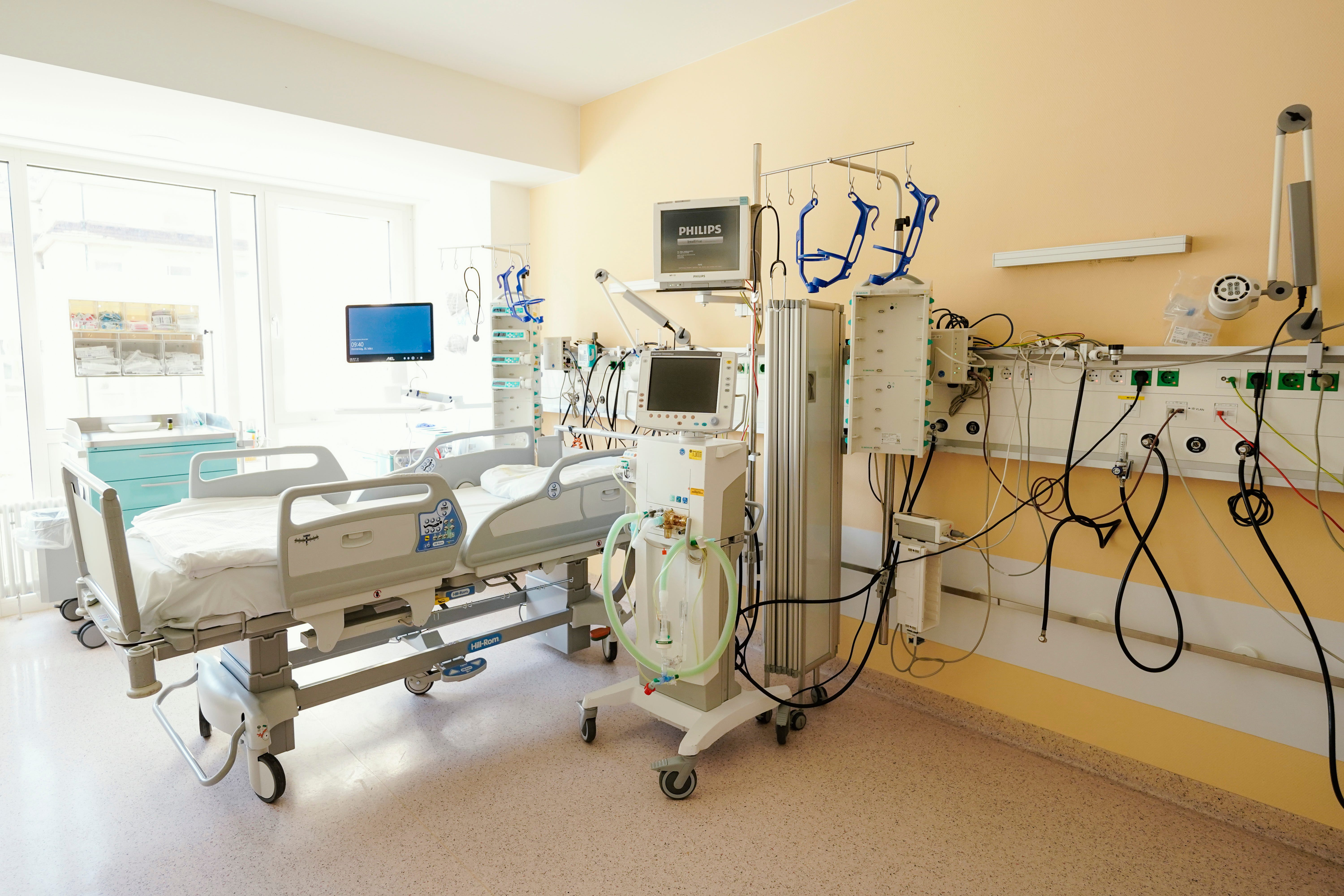 Uwe Anspach/dpa/Getty ImagesA bed with a ventilator in an intensive-care unit.

After the family was told that Goldsmith could enroll in a clinical trial to access the drug, that option was rescinded too

Goldsmith’s physicians – who, along with the whole hospital staff, have been “unbelievably great throughout this whole thing,” Stroh said – quickly implemented plan B: Ask Gilead if Goldsmith could access the drug as part of a clinical trial.

Gilead said yes – if Goldsmith still tested positive for COVID-19, which he did (again) on March 24. Within a day or two, the hospital had approved the research protocol and filed the paperwork, including Goldsmith’s positive results, to Gilead.

“We were excited,” Stroh said.

But by March 27, the family had been told that Goldsmith would not have access to the drug, because of a reason Stroh described as a “bureaucratic glitch” that “makes no sense.”

It seems that because Goldsmith was a patient at a hospital that was an established (rather than new) study centre for Gilead, he was shut out of the trial, Stroh explained. Elana Goldsmith told Fox News it seemed to be because Goldsmith had been intubated too long by that point to qualify.

“They expanded the program at other hospitals and would not make an exception or an expansion for Michael, even though originally they said they would. So as you can imagine, it was devastating to me,” Stroh said. “I’m a cardiologist at a different hospital system, and people all around me were all of a sudden getting the medication my son-in-law needed to help him fight this virus, and he was being denied.”

Gilead says it wishes it could help every patient in need

Gilead stopped the compassionate-use program Goldsmith’s family and others had counted on because it couldn’t “support and process the overwhelming number of applications” it received, CEO and Chairman Daniel O’Day said in an open letter on Saturday.

The company is instead transitioning to “expanded access” programs, through which hospitals or physicians could apply for “emergency use” of the drug for multiple severely ill patients at once, O’Day said.

“While it will take some time to build a network of active sites, this approach will ultimately accelerate emergency access for more people,” O’Day wrote.

Meanwhile, children and pregnant people are still able to access the drug under compassionate use, and the company is “working at unprecedented speed to enroll patients in clinical trials,” O’Day said.

O’Day also addressed people like Goldsmith’s friends and family who’ve been pressing the company to give their loved ones access to remdesivir during this transition.

“We are used to seeing numbers and statistics in the news on a daily basis but we all know that behind each of those numbers is a real and often heartbreaking human story,” he said. “I know I speak for everyone at Gilead when I say how much we all wish we could help every patient in need.”

But Gilead’s explanations don’t match Goldsmith’s supporters’ definition of compassion. “All of the press releases that they put out saying that they’re doing what they can are worthless if they can let people like my son-in-law languish on a machine,” Stroh said.

Gilead did not respond to Business Insider’s request for comment. 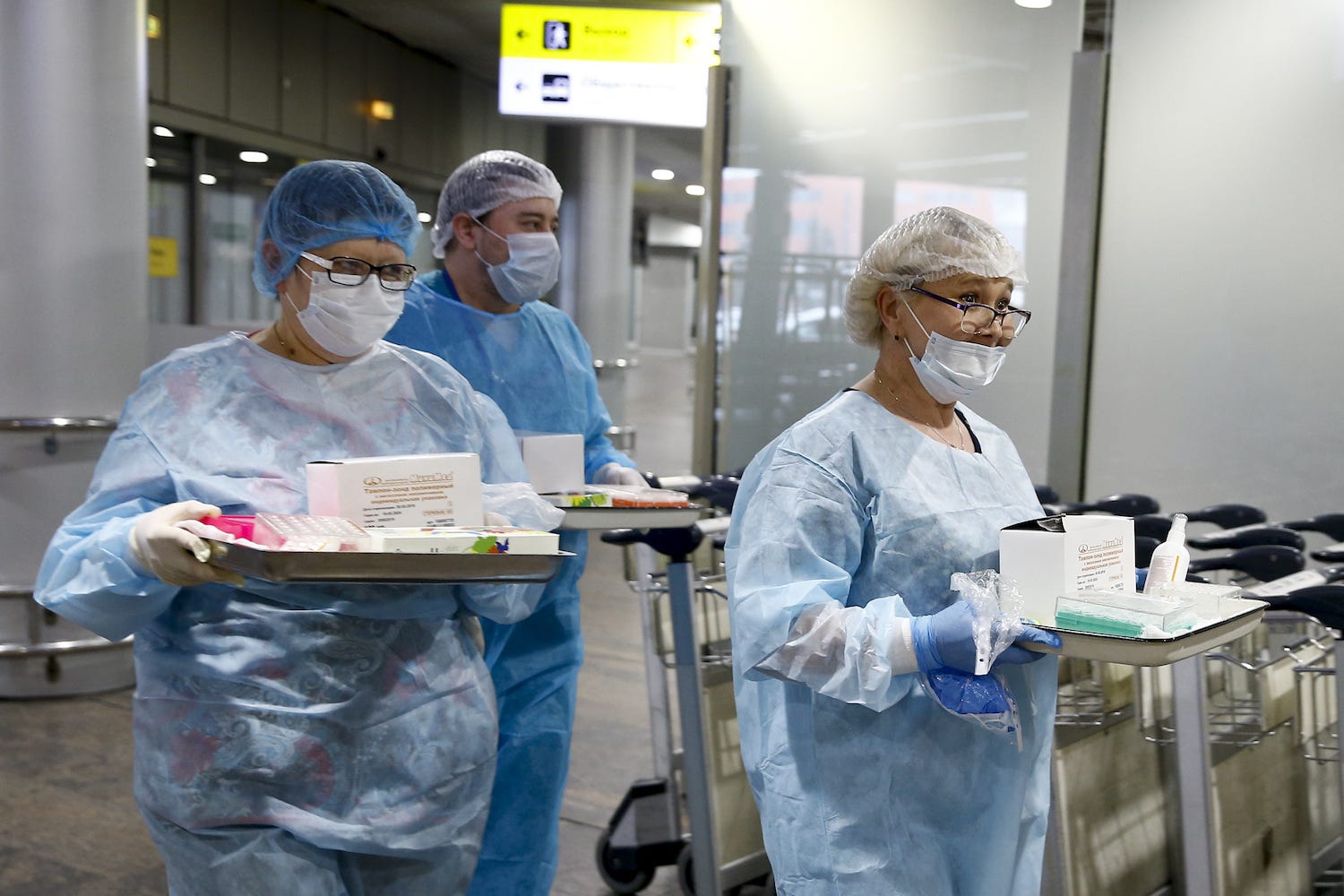 ‘There’s a lot of praying going on’

Earlier this week, Goldsmith’s cousin Adam Holzer, a physician who’s abroad, started a “physician’s petition” calling on President Donald Trump to invoke the Defence Production Act to require Gilead to provide a solution for severely ill young patients who don’t meet the criteria to be in a remdesivir clinical trial.

As of Thursday night, more than 1,300 physicians had signed the petition, which has been sent, via various channels, to the White House, Stroh said. New Jersey Rep. Josh Gottheimer has also advocated on Goldsmith’s behalf. Posts with the hashtag #SaveMichaelGoldsmith have circulated on Facebook and Twitter.

“We’ve tried to marshal the forces of government officials, biopharma, and the financial world to try to put pressure on Gilead to look at this sanely and logically and realise that there’s a gap here and that innocent lives are going to be endangered because of this bureaucratic decision,” Stroh said. “So far, it has failed.”

Meanwhile, Goldsmith’s community is marshaling another force – faith – as he continues to be sustained on oxygen and a cocktail of IVs and nasal tubes that give him nourishment, fluids, and intermittent medications to prevent infections. Elana has “visited” him once via FaceTime.

“Anyone that has patients or family members in this situation, they know it’s a roller coaster – it’s up, it’s down, one day better, one day worse. Even within minutes, the condition can change,” Stroh said. “And I will say that besides excellent medicine going on, there’s a lot of praying going on as well.”