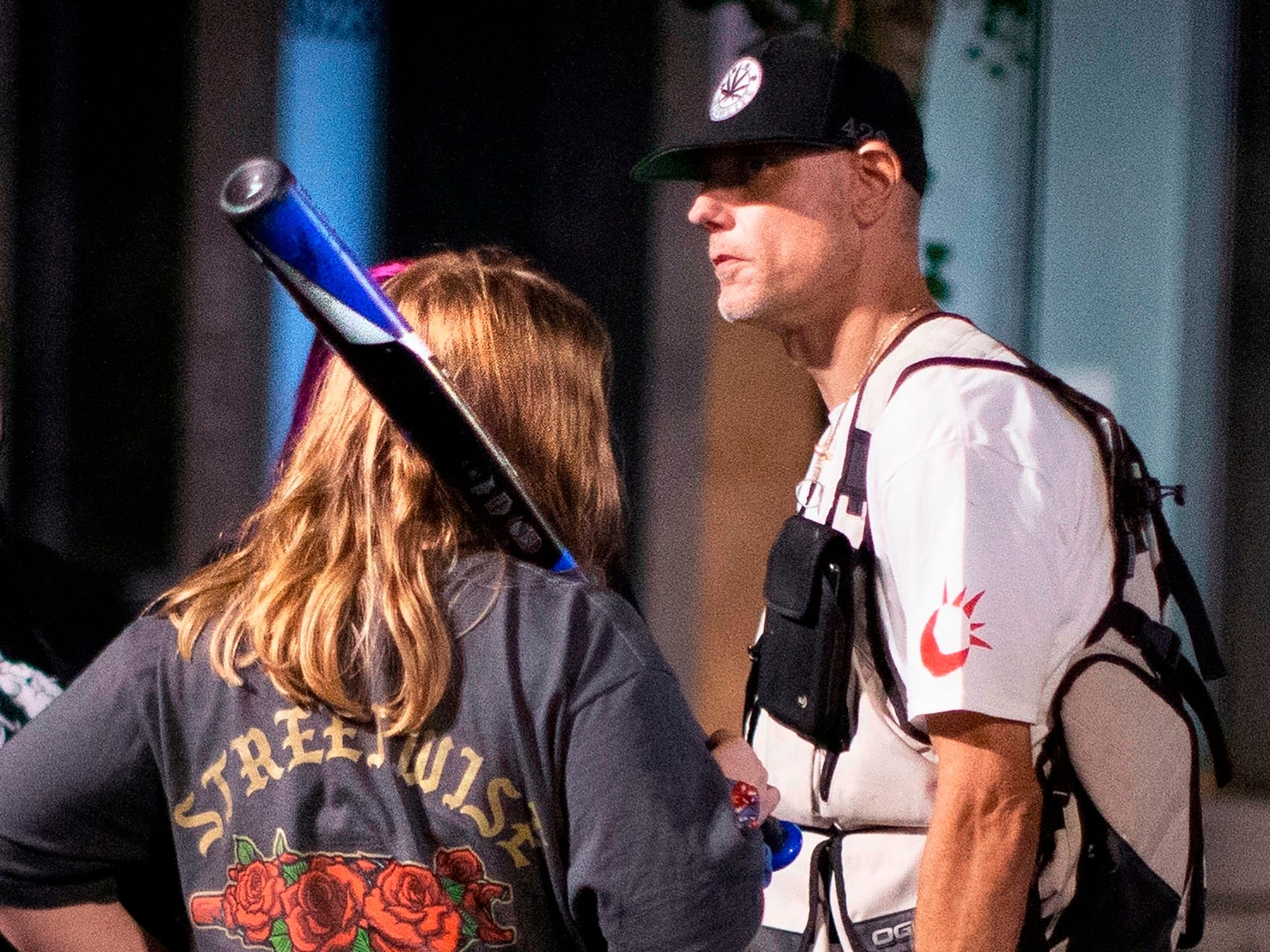 Beth Nakamura/The Oregonian via APMichael Reinoehl is seen during a protest in front of Mayor Ted Wheeler’s residence Friday, Aug. 28, 2020, in Portland, Ore.

The self-described “100% antifa” supporter suspected in the shooting death of a right-wing protester in Portland was killed as officers tried to arrest him on Thursday night.

Michael Forest Reinoehl was killed in Lacey, Washington, when a federal fugitive task force, composed of members of the FBI and US Marshals Service, moved to arrest him, according to the New York Times.

One member of the task force shot and killed him during the encounter, a senior Justice Department official told the Associated Press.

Reinoehl was shot after he pulled a gun during the encounter, the official said. Photos show holes blasted through the windows of a car at the scene.

Reinoehl was under investigation in connection to the Saturday killing of Aaron Danielson, a supporter of the alt-right group Patriot Prayer. 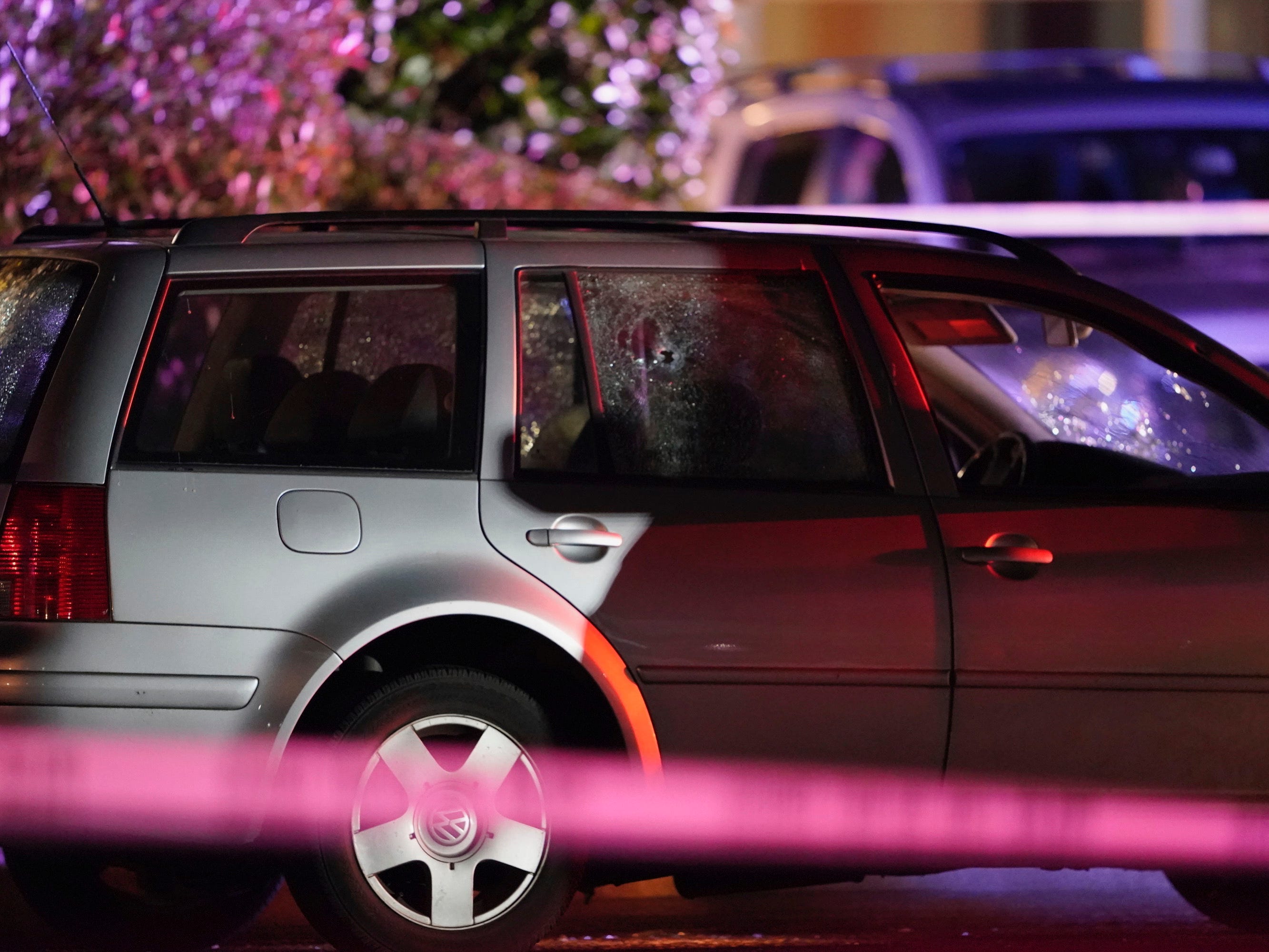 AP Photo/Ted WarrenA car with shattered windows and likely bullet holes stands in the area where a man suspected of fatally shooting a supporter of a right-wing group in Portland, Ore., last week was killed as investigators moved in to arrest him in Lacey, Wash., Thursday, Sept. 3, 2020

Protests in Portland started nightly in May following the death of George Floyd in Minneapolis. Danielson was shot in the chest on August 29 during a counter-protest hosted by the alt-right group Patriot Prayer, which had clashed with Black Lives Matter protesters.

Joey Gibson, the leader of Patriot Prayer, mourned Danielson on social media and called him a “supporter” of their movement. 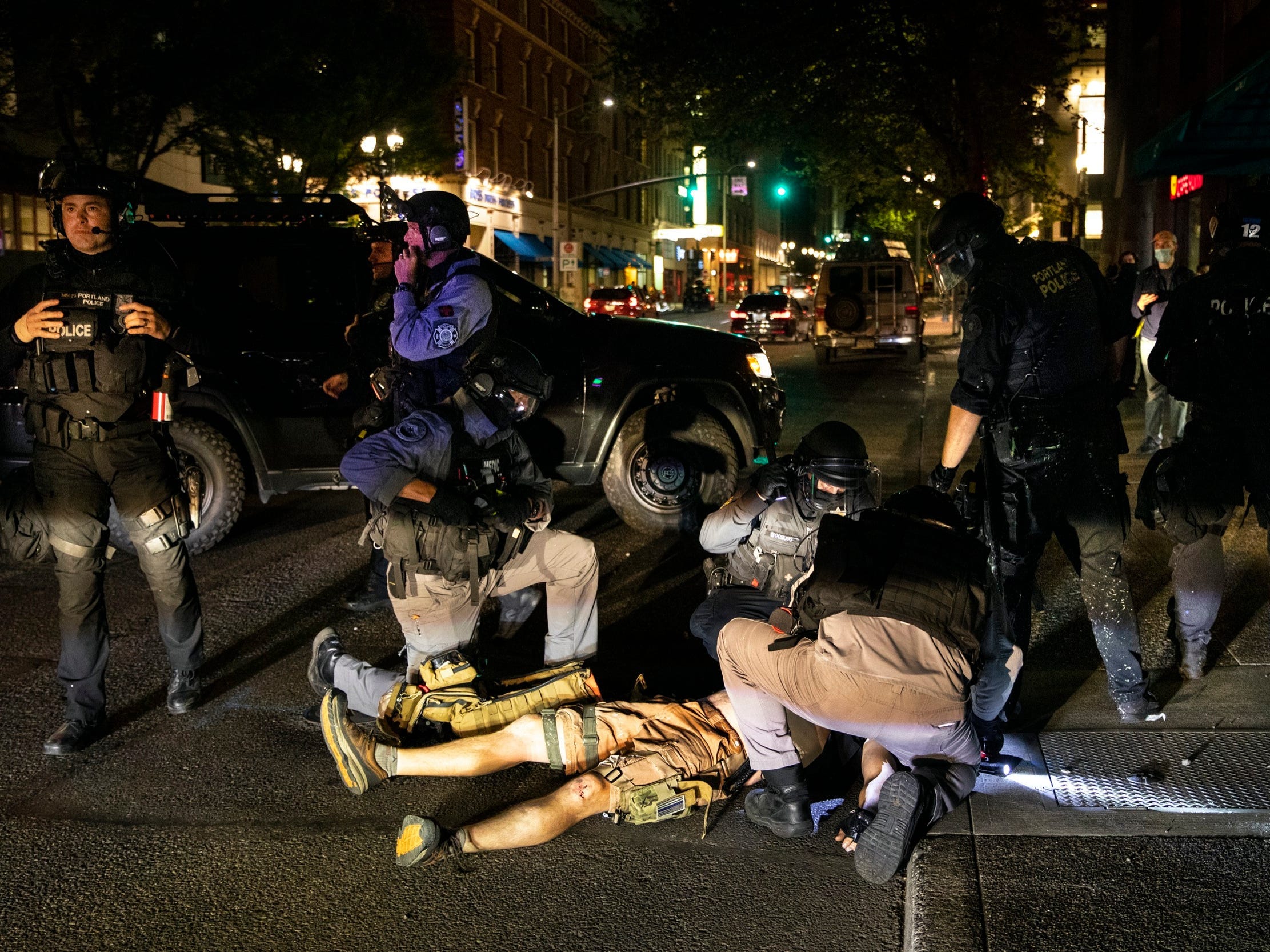 AP Photo/Paula BronsteinAaron Danielson was shot during a protest in Portland on August 29.

Minutes after the Times report about Reinoehl’s death was first published, President Donald Trump tweeted at the Justice Department and Federal Bureau of Investigation, calling for a quick arrest of the man who killed Danielson.

“Why aren’t the Portland Police ARRESTING the cold blooded killer of Aaron “Jay” Danielson. Do your job, and do it fast. Everybody knows who this thug is. No wonder Portland is going to hell!” Trump tweeted.

Reinoehl, a 48-year-old white man, and self-described anti-fascist, was cited in July for bringing a loaded gun to a Black Lives Matter protest, The Oregonian reported. On social media, he had called himself “100% antifa” and said that protesting is “where the fight starts.”

Earlier on Thursday, Vice News published an interview with Reinoehl where he appeared to admit to the shooting and said he acted in self-defence.

“I had no choice. I mean, I, I had a choice. I could have sat there and watched them kill a friend of mine of colour. But I wasn’t going to do that,” Reihoehl told Vice.