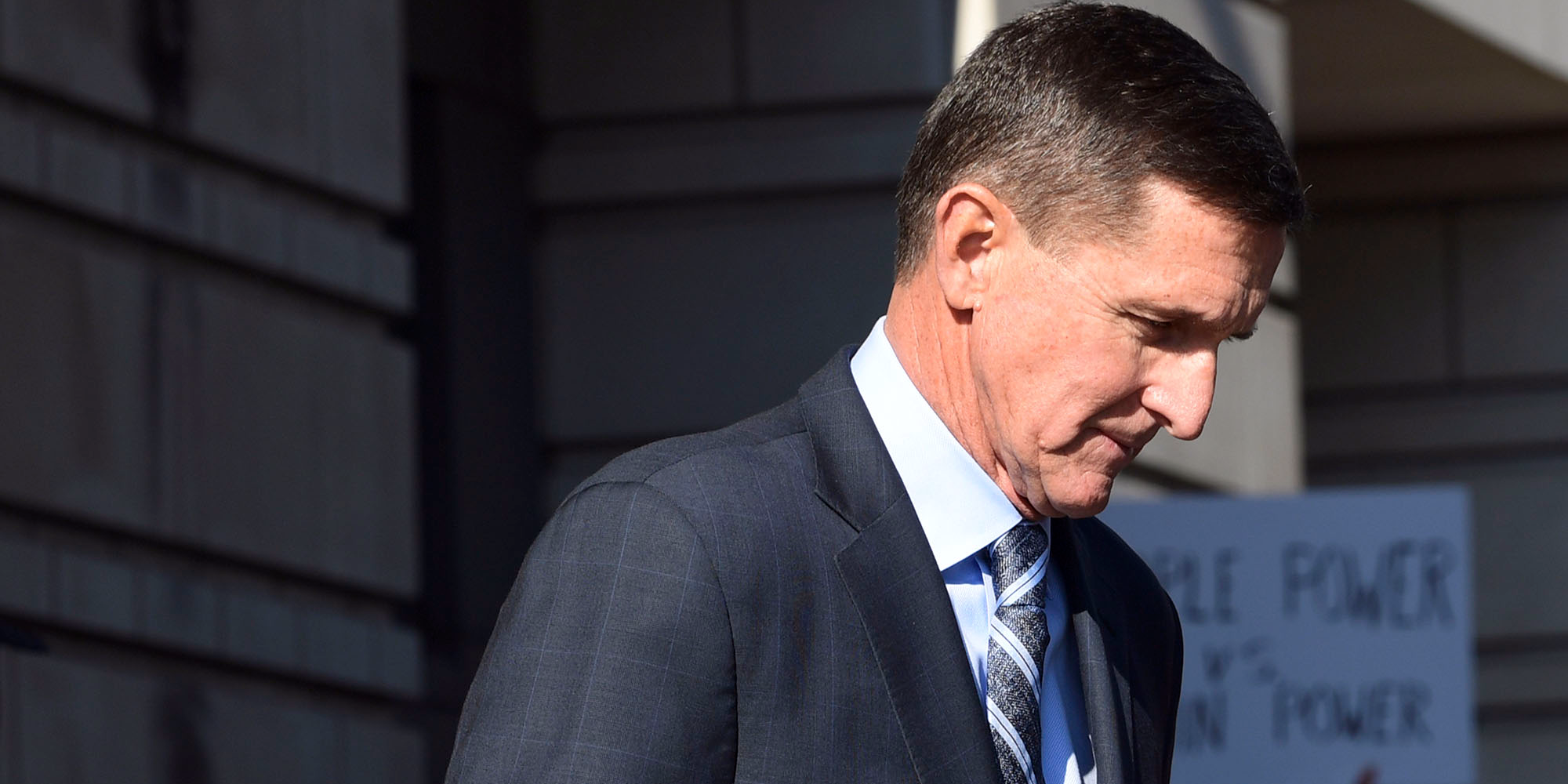 During a conversation with Kislyak on December 29, 2016, Flynn said to Kislyak: “Do not, do not uh, allow this administration to box us in, right now, ok?”

“Make sure you, make sure that you convey this, ok?” Flynn told Kislyak.

“We have conveyed it,” Kislyak responded, according to the transcripts.

Flynn then said that depending on what actions the Obama administration took “over this current issue of the cyber stuff… what I would ask Russia to do is to not … to only make it reciprocal.“

“Make it reciprocal,” Flynn reiterated. “Don’t – don’t make it – don’t go any further than you have to. Because I don’t want us to get into something that has to escalate, on a, you know, on a tit for tat. You follow me, Ambassador?”

“I understand what you’re saying, but you know, you might appreciate the sentiments that are raging now in Moscow,” Kislyak replied.

Flynn then renewed his request that Russia retaliate on “sort of an even basis.”

“That is a good message and we’ll understand that message,” the incoming national security adviser said. “And then, we know that we’re not going to escalate this thing, where we, where because if we put out – if we send out 30 guys and you send out 60, you know, or you shut down every Embassy, I mean we have to get this to a – let’s, let’s keep this at a level that uh is, is even-keeled, ok?”

He added that when “we come in, we can then have a better conversation about where, where we’re gonna go, uh, regarding uh, regarding our relationship.”

Flynn also highlighted that the US and Russia has a “common enemy” in the Middle East, adopting a common Russian talking point.

The December conversation between Flynn and Kislyak was at the centre of the FBI’s investigation of Flynn as part of the bureau’s inquiry into Russian interference in the 2016 election.

The transcript of the conversation was released to Congress on Friday as part of a batch of declassified transcripts detailing communications between Flynn and Kislyak from January 2016 and December 2016, including in the weeks before Trump was inaugurated as president.

Flynn in December 2017 pleaded guilty to lying to the FBI about that conversation during a January 2017 interview with prosecutors. But he later tried to withdraw his guilty plea after his defence attorney alleged prosecutorial misconduct and entrapment on the part of the FBI.

Earlier this month, the Justice Department abruptly dropped its case against Flynn, even though the former national security adviser already pleaded guilty and a federal judge ruled the plea permissible in court.

“If we’re seen as playing games, WH will be furious,” one page of the notes said. “Protect our institution by not playing games.”

There was also some deliberation within the bureau about how to phrase questions to Flynn during the interview.

“What is our goal? Truth/admission, or to get him to lie, so we can prosecute him or get him fired?” the notes said.

Intelligence veterans said the notes depicted the extraordinarily sensitive nature of an investigation into a newly inaugurated president’s highest-profile national security aide. But President Donald Trump and Flynn’s other defenders characterised the documents as a smoking gun showing that the FBI tried to trap the former national security adviser into pleading guilty.

Flynn is also at the centre of a firestorm of allegations from Trumpworld claiming that former President Barack Obama and others in his administration masterminded the Russia probe as part of a “deep state” effort to sabotage the Trump presidency.

Among other things, Trump and his loyalists have accused Obama officials of improperly “unmasking” Flynn’s name in intelligence reports monitoring Kislyak’s communications.

The conspiracy theory picked up steam this month when Richard Grenell, then the acting director of national intelligence, declassified a list of Obama administration officials who made unmasking requests that included Flynn’s name between November 30, 2016, and January 12, 2017. Former Vice President Joe Biden was among the names on the list.

Trump and his allies seized on the development and said it showed that Biden and others improperly unmasked the former national security adviser’s identity.

But a Washington Post report last week debunked that allegation when it revealed that Flynn’s name was never “masked” in the first place.

Last week, the bureau announced that FBI Director Christopher Wray has ordered an internal review of the Flynn investigation.

And on Thursday, the Justice Department announced that Attorney General William Barr has also tapped an outside prosecutor to review issues related to “unmasking” in the Russia investigation.