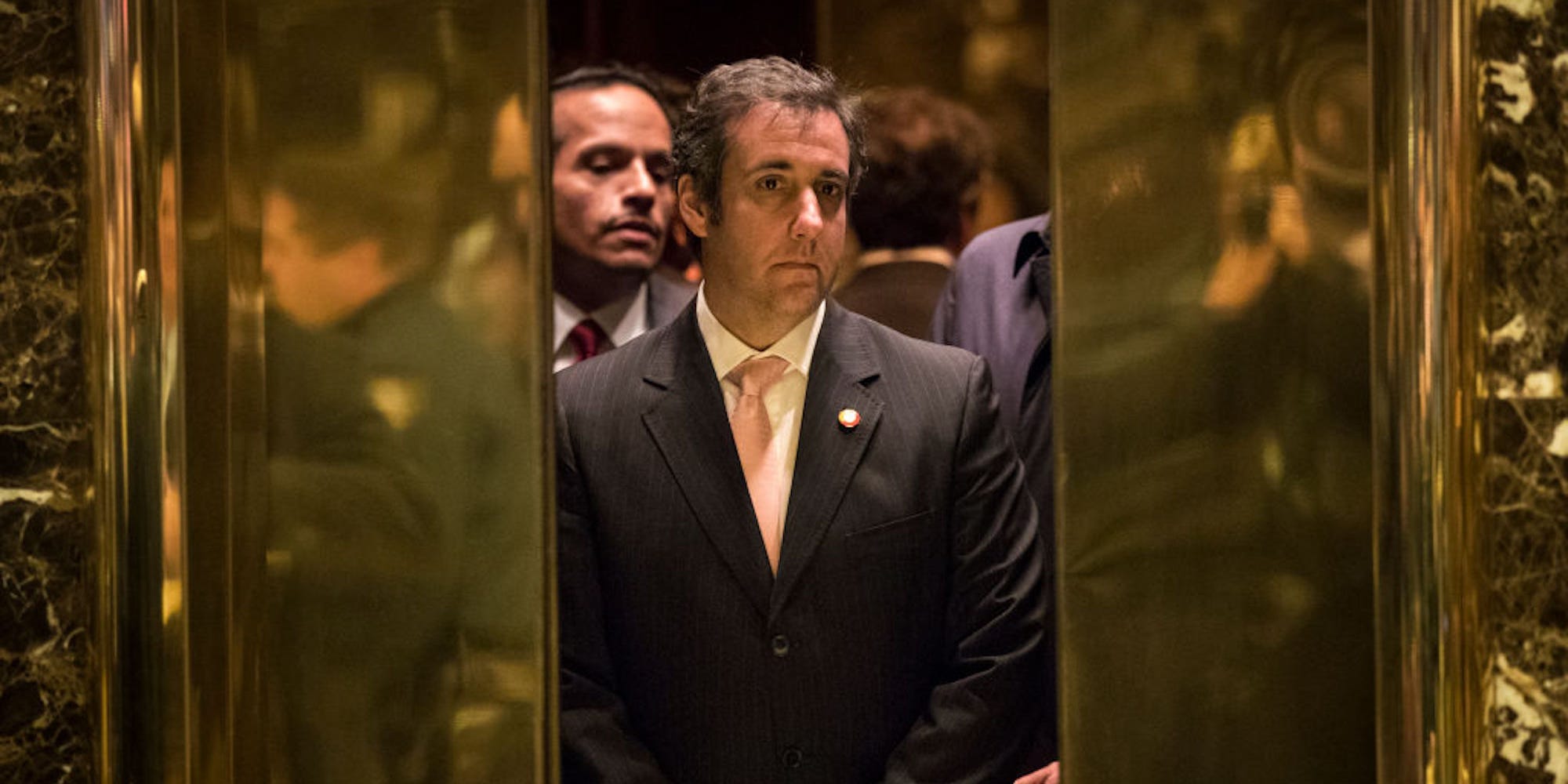 Drew Angerer/Getty ImagesMichael Cohen inside an elevator at Trump Tower in New York City on December 12, 2016..

In a Wednesday interview with CNN’s Alisyn Camerota, Cohen was asked whether there was any information in the president’s tax returns that Trump did not want to reveal.

Cohen responded: “Yeah, the fact that he doesn’t report the income that he claims, his wealth is not as significant, and I believe that they were probably very lenient in how they took deductions.”

He went on to claim that Trump’s “biggest fear is that if his tax return is released, that there’s a whole slew of organisations of accountants and forensic accountants that will rip through it and he will end up with a massive tax bill, fraud penalties, fines and possibly even tax fraud.”

Michael Cohen: "He doesn’t report the income that he claims. … They were probably very lenient in how they took deductions. His biggest fear is … he will end up with a massive tax bill, fraud penalties, fines, and possibly even tax fraud." pic.twitter.com/Rpfuzc4B3g

The content of Trump’s tax returns have long been a subject of speculation. In 2016, Trump became the first US presidential candidate in recent history to refuse to release his returns, claiming that they were under audit by Internal Revenue Service (IRS) officials so couldn’t be made public.

The IRS has, however, stressed several times that audits do not mean that tax returns have to be shielded from public view.

During Trump’s term in office, the White House has continued to claim that the president’s tax returns remain under IRS audit.

Democrats have long criticised the president’s refusal to release them, and alleged that the returns could contain evidence of financial crimes or even foreign leverage over the president.

Trump is currently locked in a legal battle with Manhattan District Attorney Cyrus Vance, who is seeking eight years of the president’s tax records in an investigation into possible financial crimes.

Trump has claimed that he is immune from criminal probes as president, but the Supreme Court struck that argument down in July. Trump is now arguing that the District Attorney subpoena for the tax records is too broad and was made in bad faith,Reuters reported.

Cohen appeared on CNN Wednesday to discuss his new memoir, titled “Disloyal.” The book contains explosive accounts of Cohen’s time working for Trump, in which he paints an unflattering portrait of the president as “a cheat, a liar, a fraud, a bully, a racist, a predator, a con man.”

The White House has dismissed the book as the work of a liar and criminal in public statements.

“Cohen is a disgraced felon and disbarred lawyer, who lied to Congress,” press secretary Kayleigh McEnany said in a statement after the release of the book. “He has lost all credibility, and it’s unsurprising to see his latest attempt to profit off of lies.”