In his resignation letter, fired inspector general Michael Atkinson urged whistleblowers to 'bravely speak up' and reminded them 'there is no disgrace in doing so' 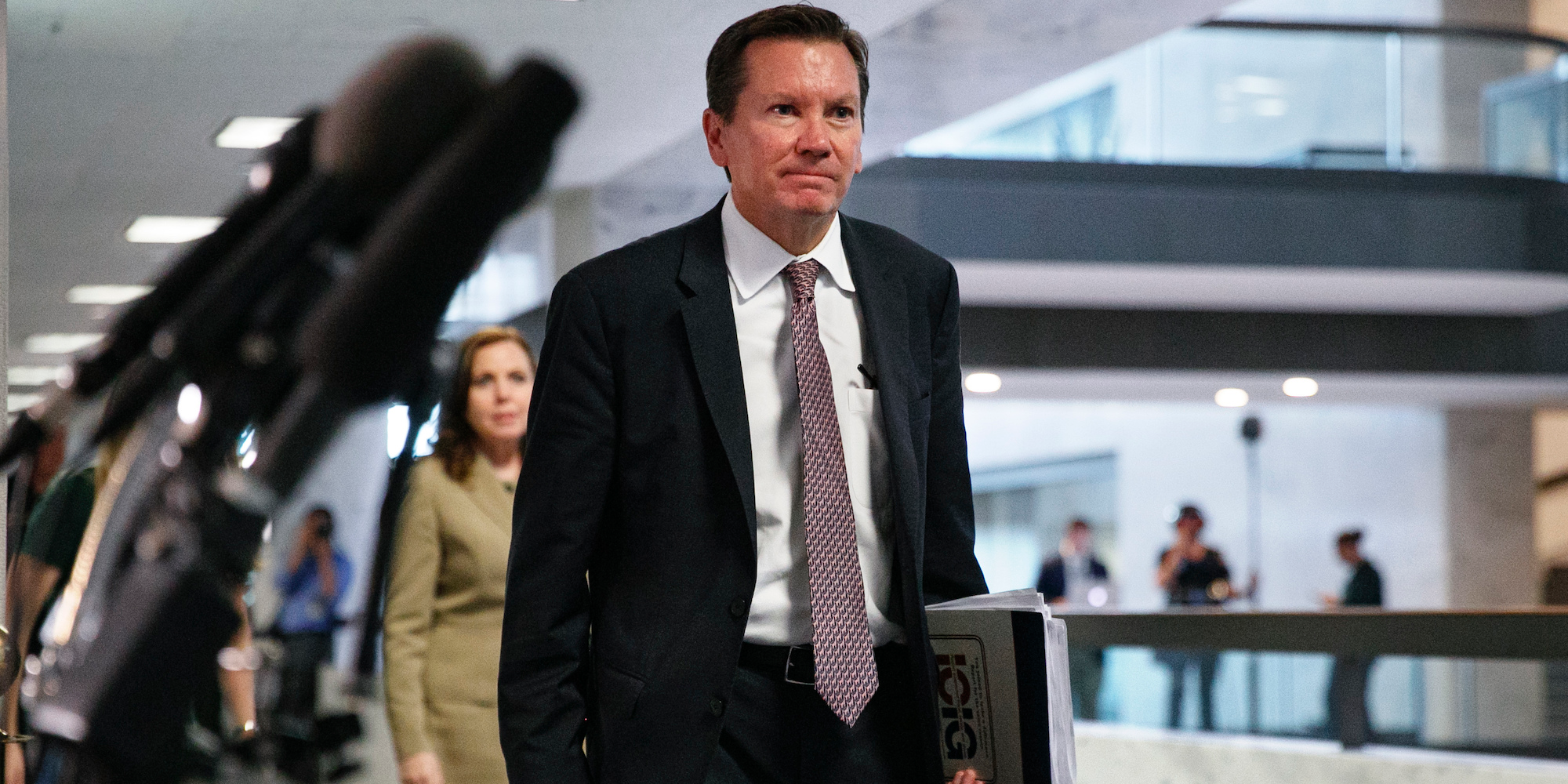 Michael Atkinson, who was ousted as the intelligence community inspector general (ICIG) last week, said on Sunday that he is “disappointed and saddened” by President Donald Trump’s decision to fire him and urged future whistleblowers not to “allow recent events to silence your voices.”

Trump informed the Senate Intelligence Committee of Atkinson’s dismissal, which will be effective in 30 days, on Friday evening, telling the chairman and vice chairman Atkinson was removed because he no longer had Trump’s “fullest confidence.”

In his resignation letter, Atkinson said “it is hard not to think that the President’s loss of confidence in me derives from my having faithfully discharged my legal obligations as an independent and impartial Inspector General, and from my commitment to continue to do so.”

Atkinson made headlines last year when it surfaced that he alerted Congress to a whistleblower’s complaint against Trump that accused the president of violating campaign finance law and soliciting foreign interference in the 2020 election.

Atkinson submitted the whistleblower’s complaint to then acting director of national intelligence Joseph Maguire on August 26 after determining it was credible and a matter of “urgent concern.”

Federal law mandates that the DNI transmit to Congress any complaint deemed urgent and credible, but Maguire did not do so after consulting with the White House and Justice Department lawyers. DOJ officials told Maguire that he was not required to submit the complaint to Congress because its subject – Trump – did not fall under the DNI’s purview.

After Maguire refused to turn the complaint over, Atkinson informed Congress himself on September 9.

“As Inspector General, I was legally obligated to ensure that whistleblowers had an effective and authorised means to disclose urgent matters involving classified information to the congressional intelligence committees, and that when they did blow the whistle in an authorised manner, their identities would be protected as a guard against reprisals,” Atkinson wrote in his resignation letter.

He went on to emphasise that he acted “without regard to partisan favour or political fear” throughout his 17-year career as a public servant.

“Those responsible for writing the laws on whistleblower rights and protection made it clear that this was not a partisan issue, but a nonpartisan priority,” Atkinson’s letter said. “I testified under oath that I would ‘encourage, operate, and enforce a program for authorised disclosures within the Intelligence Community that validates moral courage without compromising national security and without retaliation.’ I did what I said I would do.”

The whistleblower’s complaint against Trump became the catalyst for a congressional investigation and impeachment inquiry that charged the president with abuse of power and obstruction of Congress. Trump was later acquitted by the Senate on both articles of impeachment.

Atkinson became a target of Trump’s ire after it was publicly revealed in September that he informed Congress about the whistleblower’s complaint. The New York Times reported in November that Trump had repeatedly discussed firing Atkinson because he blamed the official for the impeachment inquiry.

According to the report, Trump didn’t understand why Atkinson had alerted Congress about the complaint and believed it showed Atkinson was disloyal. The president also attacked Atkinson publicly and in the middle of his impeachment inquiry.

Atkinson expressed gratitude for “the many individuals who spoke publicly in support of the ICIG’s actions in administering the Whistleblower’s disclosure” in his letter.

He also noted that 67 inspectors general across the federal government warned of the risks of second-guessing independent determinations from IGs reviewing whistleblower complaints. Such actions can prevent whistleblowers from coming forward in the future and would be a “grave loss for IG oversight” and American taxpayers, Atkinson wrote.

He continued, urging other inspectors general to “do what we promised to do, no matter how difficult and no matter the personal consequences.”

Atkinson closed his letter with a plea to government employees and contractors who have witnessed or learned of “unethical, wasteful, or illegal” conduct in the federal government.

He wrote: “The American people deserve an honest and effective government. They are counting on you to use authorised channels to bravely speak up – there is no disgrace in doing so. It is important to remember, as others have said, that the need for secrecy in the United States Intelligence Community is not a grant of power, but a grant of trust. Our government benefits when individuals are encouraged to report suspected fraud, waste, and abuse. I have faith that my colleagues in Inspectors General Offices throughout the federal government will continue to operate effective and independent whistleblower programs, and that they will do everything in their power to protect the rights of whistleblowers. Please do not allow recent events to silence your voices.”