A Reddit user recently came across these excellent Miami Heat nesting dolls on a trip to Russia.

LeBron James is the biggest, Dwyane Wade is the middle, and poor Chris Bosh is so tiny.

On the court, Bosh’s versatility and willingness to sacrifice have allowed the Heat to turn into a juggernaut. He was the only real rim protector on the team until Chris Anderson arrived, and his outside shooting is the key to much of what Miami does offensively. They couldn’t have won two-straight titles without him.

But still, he just can’t shake the notion that he’s the third wheel on a two-man team.

Poor Bosh (via cremefraiche9 on r/NBA): 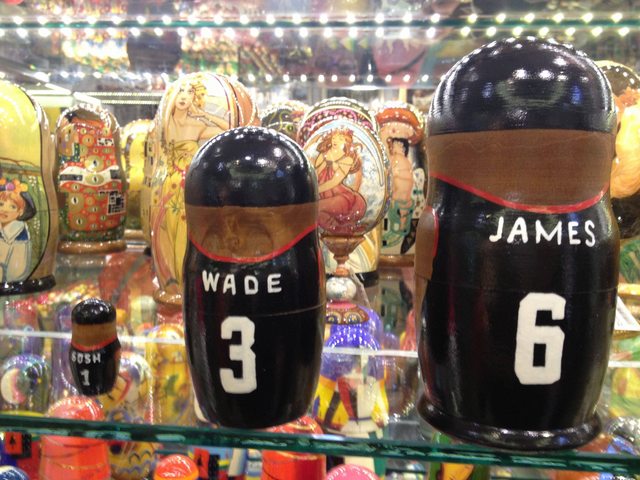