I am a management nerd, and the Miami Heat are everything I love about effective organisations 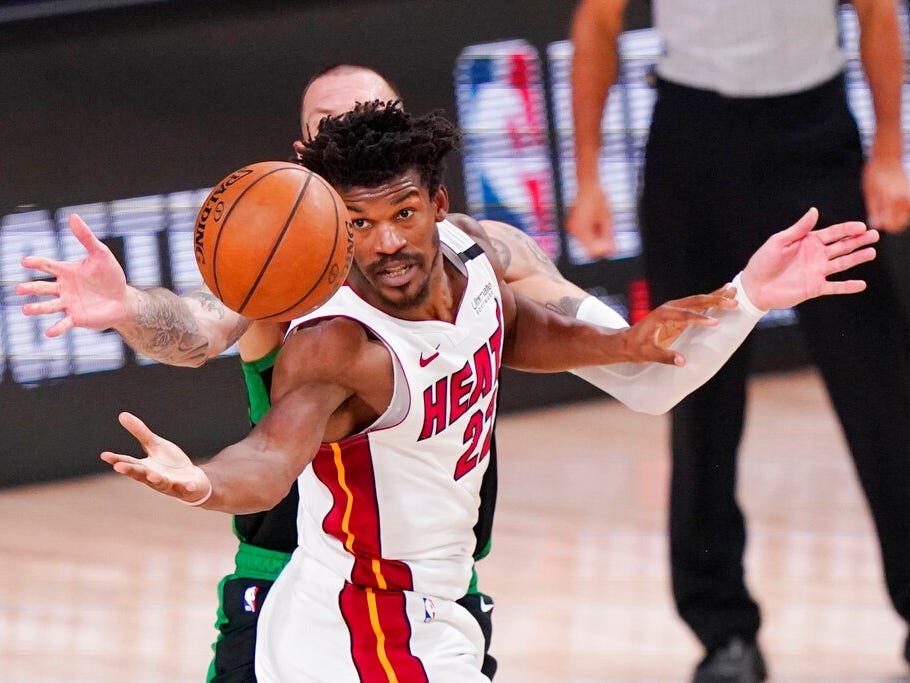 The Miami Heat are back in the NBA finals after just six years away.

It’s a remarkable feat for a relatively new franchise â€” founded in 1988 â€” and the Heat has an impressive trophy cabinet, with six conference titles and three championships.

But most impressive of all may be that this 2020 Heat team, unlike its previous championship runs with LeBron James or Dwyane Wade, is a true underdog, a 5-seed that has upset its way to the Finals. The 2020 Heat blueprint is a case study in how highly effective organisations work.

In basketball terms, they are a blend of 1980s grit and 2010s sparkle. In management terms, their blend of iterative leadership, talent development, and holistic team culture mark them as a model organisation.

Let’s take each of those points in turn, and how they apply to leaders in non-athletic competitions. 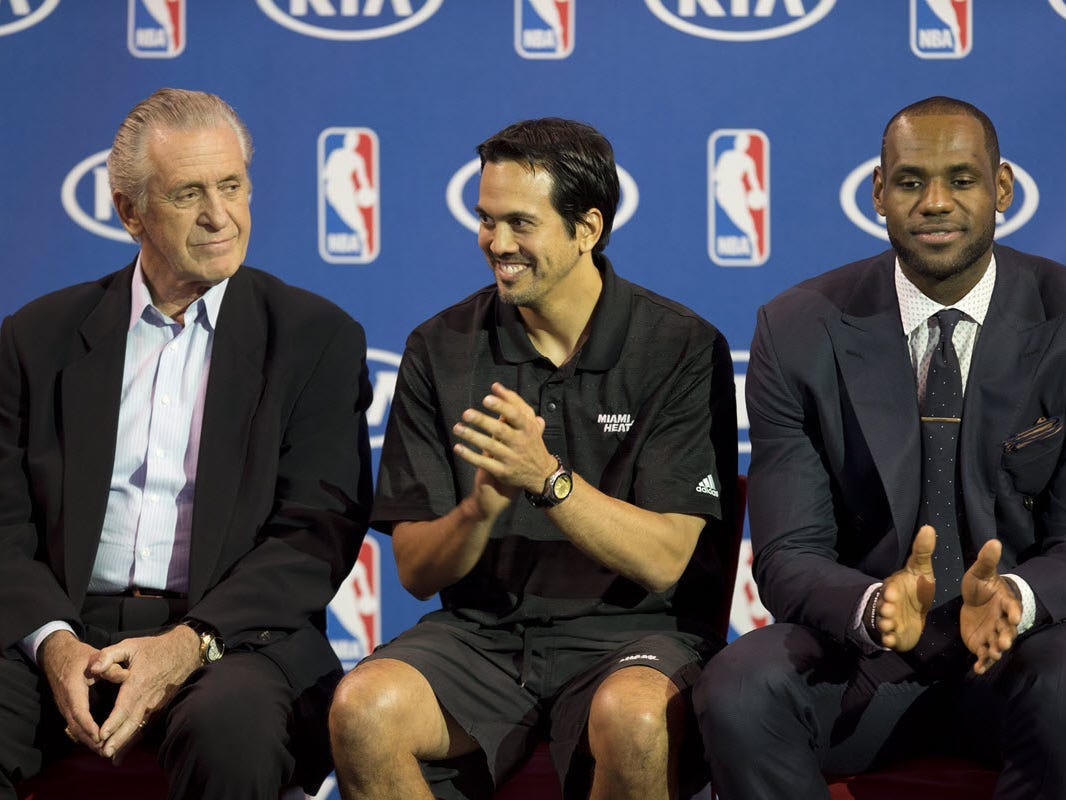 Head Coach Eric Spoelstra is thought to be one of the best tactical coaches in the game, though his Hall of Fame credentials have often been discounted for two major reasons. Firstly, he replaced Pat Riley, the legendary former LA Lakers and New York Knicks coach, who started building Miami in his own image in the mid-1990s. Secondly, his coaching was overlooked because he had the pleasure of coaching James and Wade.

With a team that looks sustainable for years to come, this underdog run is perhaps the first pure showcase of his coaching talents.

Consider the team’s 4-1 skewering of the heavily favoured Milwaukee Bucks in the second round, who had repeated as having the best regular season in the league and the back-to-back most valuable player in Giannis Antetokounmpo. Under Mike Budenholzer, the Bucks have been maniacally consistent in on-court strategies and talent decisions â€” like limiting the MVP’s minutes â€” and that has led to playoff losses to more adaptable teams. That’s just how some coaches are. An unnamed exec told the Action Network: “Principles are everything and they would rather lose than abandon their beliefs.”

But not Spoelstra: He adjusts players’ rotation and defensive formats depending on the opposition and game situation. Build the wall to stymy Giannis. Deploy a zone to frustrate the Celtics ball movement and allow thundergod, Jimmy Butler, to play free safety and close out games.

Don’t stick to principles; commit to winning. Adjust along the way.

Developing and trusting your talent: Duncan Robinson and Tyler Herro

Duncan Robinson is the Heat’s sharpshooter par excellence and probably the best, or at least the most efficient, three-ball shooter in the league this year.

He was an undrafted free agent. He went to Williams College and transferred to the University of Michigan, where he recently told ESPN’s Ramona Shelburne, the team didn’t run plays for him. He never really considered making it in the league; god forbid, he wanted to go into media. But, as the lore has it, Miami’s ace scouting corps saw purity in his shooting stroke, so they brought him in.

Then, when on the team, he was hesitant to take big (or small) shots. So he spoke with his coach.

“That’s when we talked about impostor syndrome,” Shelburne quotes Robinson as saying. “I brought it up to him, like, ‘I don’t know if you ever heard of it.’

“And he goes, ‘Heard of it? I lived it,'” she reports Robinson recalling.

This is beautiful, empathic coaching. Spoelstra was 40 when he coached the Heatles and never had an NBA playing career. So he related to his raw, apparently sensitive talent, and instilled in him confidence.

Then, on the other end, Tyler Herro, the rookie born in 2000, torched the Celtics for 37 points in an emphatic, crucial Game 4 win. On draft night, he wore a blue floral suit, a black shirt, and a gold chain instead of a tie. He remarked that he had “the most drip in the room” at the draft. (As Greg Cote of the Miami Herald explained: “The most drip as in the floral purple jacket he wore to his entree into the NBA. The most drip as in the rope of gold chain around his neck, and the fat, blingy watch on his left wrist.”

And now this firey, swaggering rook needs to come up big if the Heat are going to get the upset. Who else but Spoles would give Herro the rock in these crucial endgame minutes and trust the 20-year-old to lead them to the promised land? And where else but Miami, in its neon Vice jerseys, would the Wisconsin-born Herro be so much at home?

Jimmy Butler summed up the talent strategy: “The Miami Heat look for those diamonds in the rough, players that are hungry, players that got some dog in them and play for one another,” he said.

Recruiters should all seek the same. 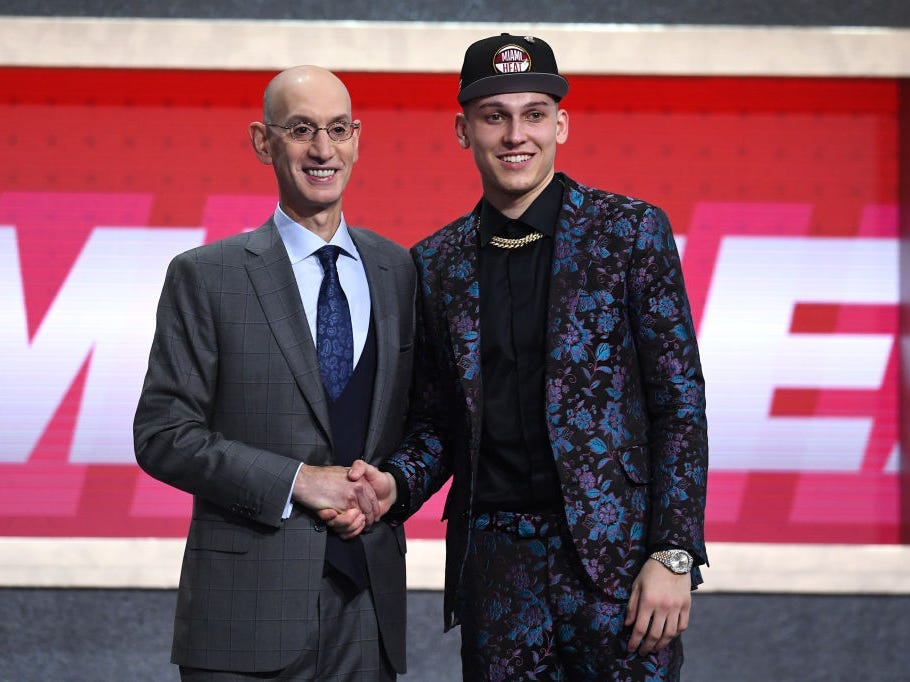 On culture and fit: Jimmy Butler

Jimmy Butler, departed son of my beloved and reviled Chicago Bulls, was thought to be a locker-room cancer. The detonator of the Bulls, the beleaguered Minnesota Timberwolves, the reality show calamity that is the Philadelphia 76ers. But as a fellow BI editor who will remain nameless observed to me: Jimmy isn’t the problem; he just hates when people don’t work hard (Sixers star Ben Simmons has a mental block against shooting three points) and respects you if you do.

And now he is in this tough-as-nails, relentless team. He wakes up at a spit-take-inducing 3:30 am and has inspired his teammates to do so. He didn’t bring any family to the NBA bubble because it’s a “business trip,” and he is the Jiro Dreams of Sushi of hoopers.

Earlier in the bubble, Butler expanded on the culture fit with NBA.com’s Shaun Powell. He said that Wade recommended Miami to him because the culture and how the organisation works is a fit for who he his.

“When I got here I could do nothing but smile, because of the way everyone talks to each other, the way everything is laid out on the table, you come in and work and then we have fun,” he added. “This is the reason I play the game. These guys are like me in so many ways that I absolutely love being here, to compete with and for these guys. I’m having so much fun.”

And that’s why, he says, he gets in the ear of other players, which didn’t work at previous stops but is part of heat culture. “They got me to be me,” Butler said. “I’ll get on guys when they’re not doing their jobs, and they will cuss me out when I’m not doing mine. It’s not personal. It may not always come out that way, but I mean well. That’s how they want it here.”

In the startup or corporate circles, he embodies what is “no mercy/no malice.” Being ruthless about performance and effectiveness but not taking it personally, not making the tension or conflict a comment on your or their identity but as an outflow of commitment to the larger organisation.

“Best decision I ever made,” he said. “I belong here.”