The party of the year for the fashion world was scheduled to take place today. From $30,000 tickets to $2,000 tuxedos, take a look at just how opulent the Met Gala usually is. Charles Sykes/Invision/APIn 2015, Rihanna wore this Guo Pei gown for the Met Gala’s theme ‘China: Through the Looking Glass.’ It has since become one of the most iconic Met Gala looks of all time.

The first Monday in May usually hosts the party of the year in the fashion world: the Met Gala. This year, though, the party was shut down before it started.

On March 16, the Met Gala was indefinitely postponed. A new date has not yet been announced. The last time the Met Gala was postponed was in 2002, and that was because of the 9/11 attacks the prior year, The Hollywood Reporter’s Lindsay Weinberg reported.

Dubbed the Oscars of the East, the Met Gala is an annual event, hosted the first Monday in May, which celebrates the Metropolitan Museum of Art’s newest exhibition at the Costume Institute.

Last year’s theme was “Camp: Notes on Fashion,” and saw over 200 pieces on display, featuring high-end designers from Alexander McQueen and Karl Lagerfeld to John Galliano and Virgil Abloh. The exhibition focused on exaggerated fashion. “Camp fashion can be humorous, ironic, or simply extreme in its nature,” wrote Lauren Alexis Fisher for Harper’s Bazaar.

This year’s planned Met Gala theme was “About Time: Fashion and Duration,” and it was set to be sponsored by Louis Vuitton and Condé Nast.

The cost to make an appearance during fashion’s biggest night out is a steep one, and the cost to make the event happen is even bigger. For a reported $US30,000 per ticket, those who passed Wintour’s approval can attend the roughly $US3.5 million event.

And that’s just the beginning of all the money that goes into – and comes out of – what André Leon Talley refers to as “the Super Bowl of fashion.”

Take an inside look at the money behind the Met Gala. Tickets for the Met Gala reportedly cost $US30,000 — that’s enough to put a family of four over the poverty line. Some sources say tickets can even cost up to $US50,000. 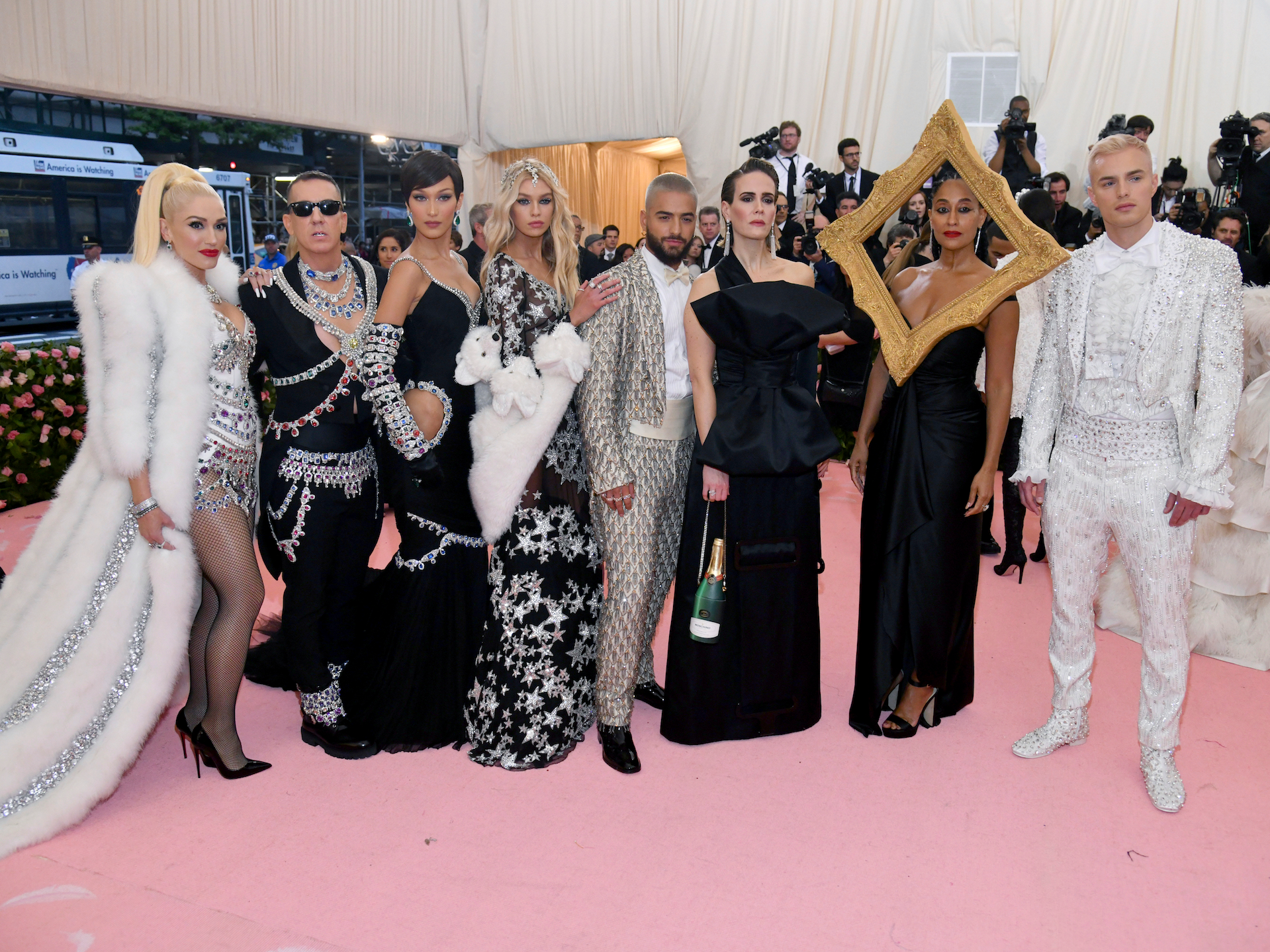 Some celebrities attend the Met Gala for free if they’re sitting at a table a brand paid for, and are lent dresses by fashion designers. 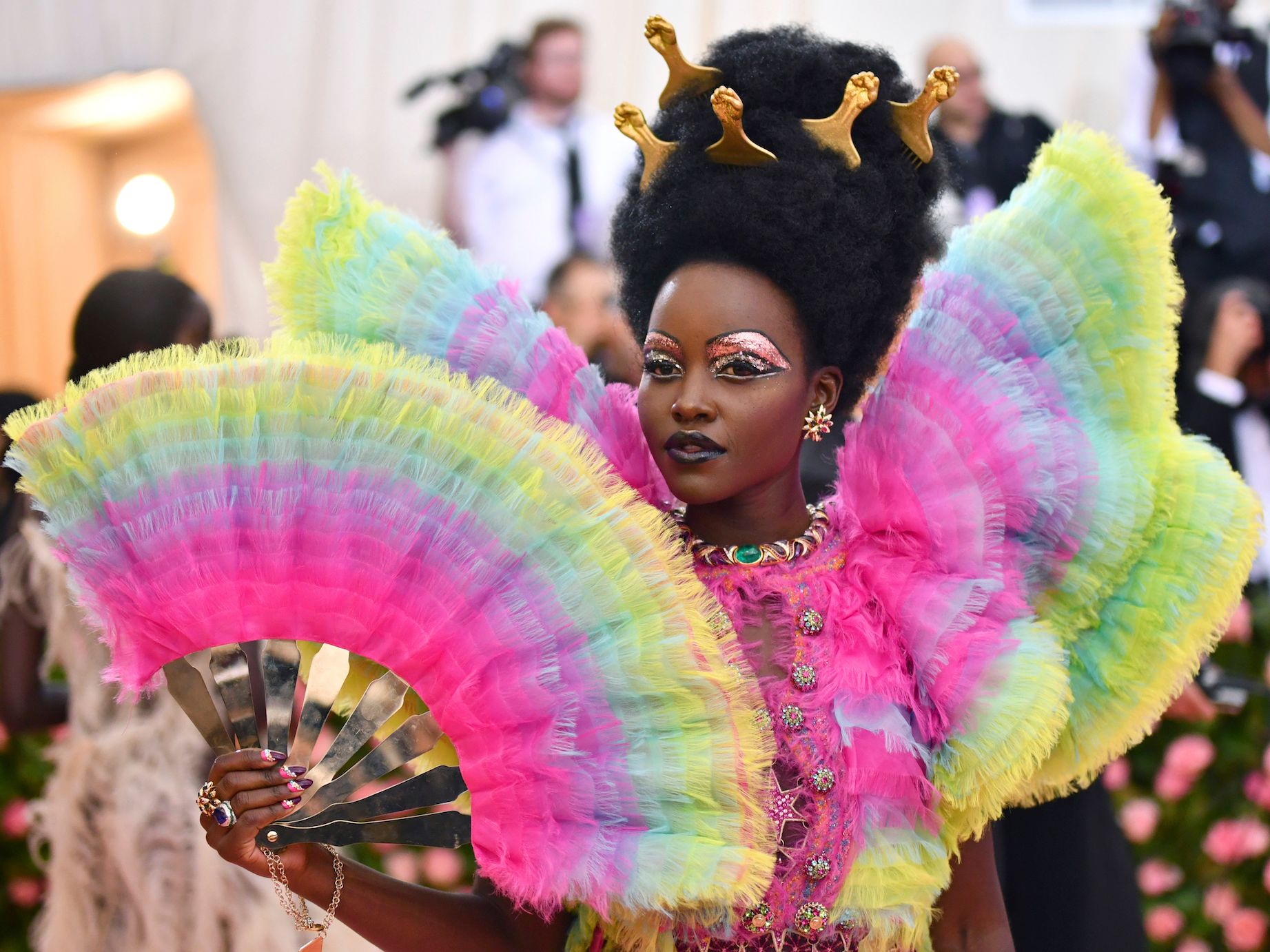 Accessories can also be pricey. At the 2019 Met Gala, Jared Leto showed up with a replica of his head designed by special effects firm Makinarium for Gucci. A typical Gucci head costs about $US11,368. And Billy Porter showed up in a 24-karat gold headpiece, bejeweled jumpsuit with 10-foot wings, custom gold leaf shoes, and other jewels. 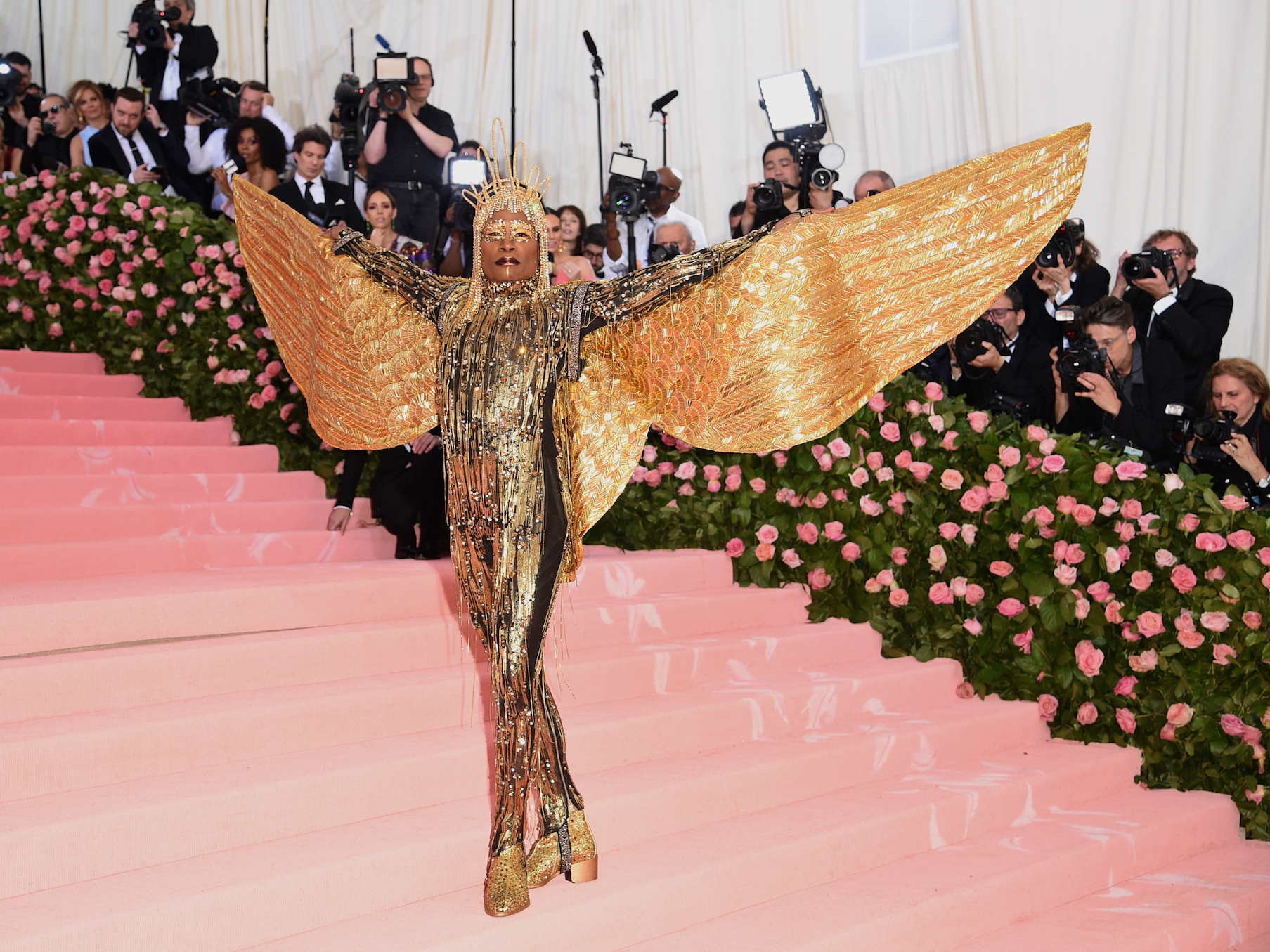 Harry Styles wore a single pearl earring by Gucci. According to Gucci’s website, the set of pearl earrings retails for $US410. 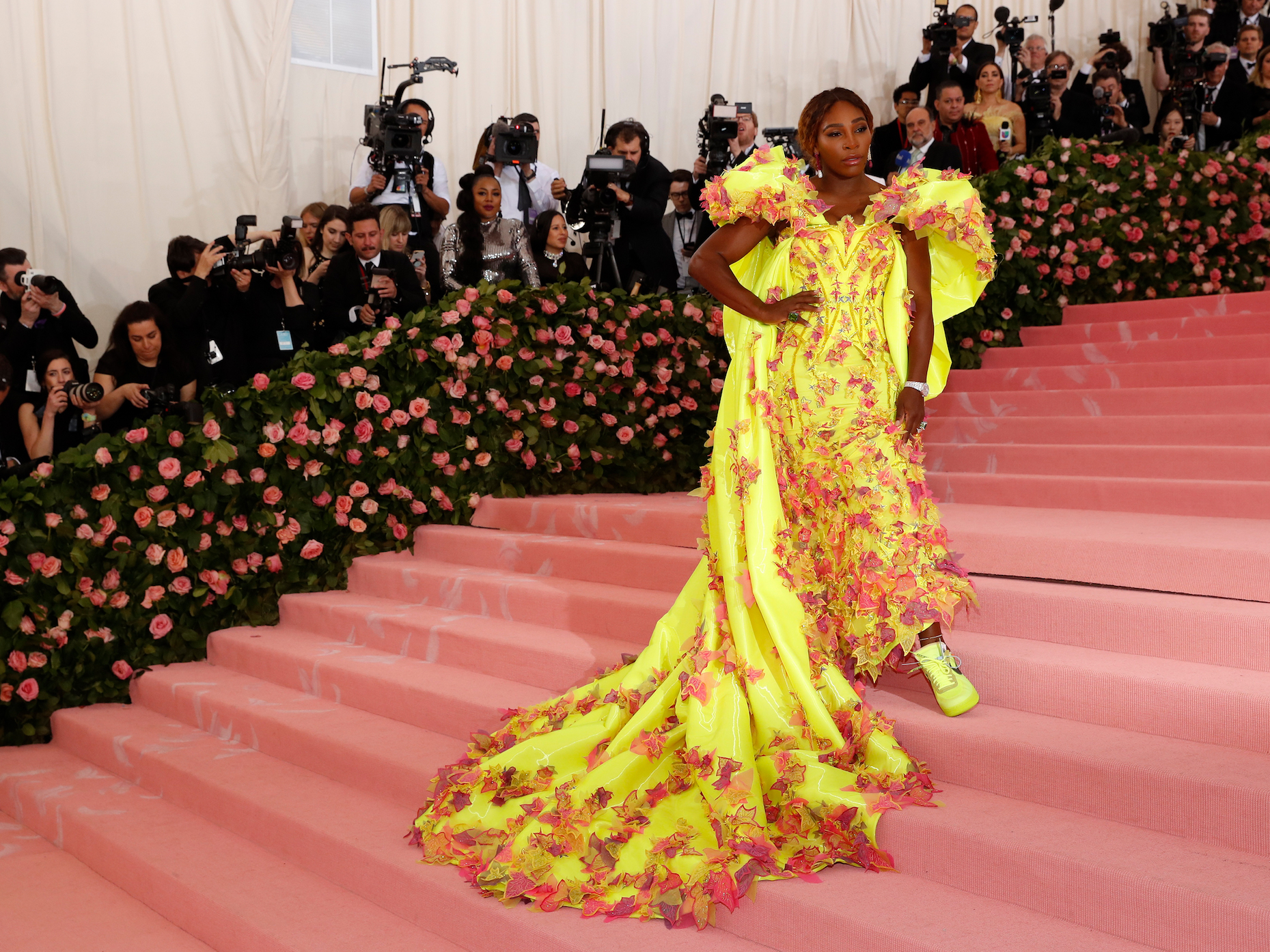 In 2018, Blake Lively also mixed price points, pairing $US5 press-on nails with an extravagant, queenly Versace gown that took 600 hours to make and $US2 million worth of Lorraine Schwartz jewellery. 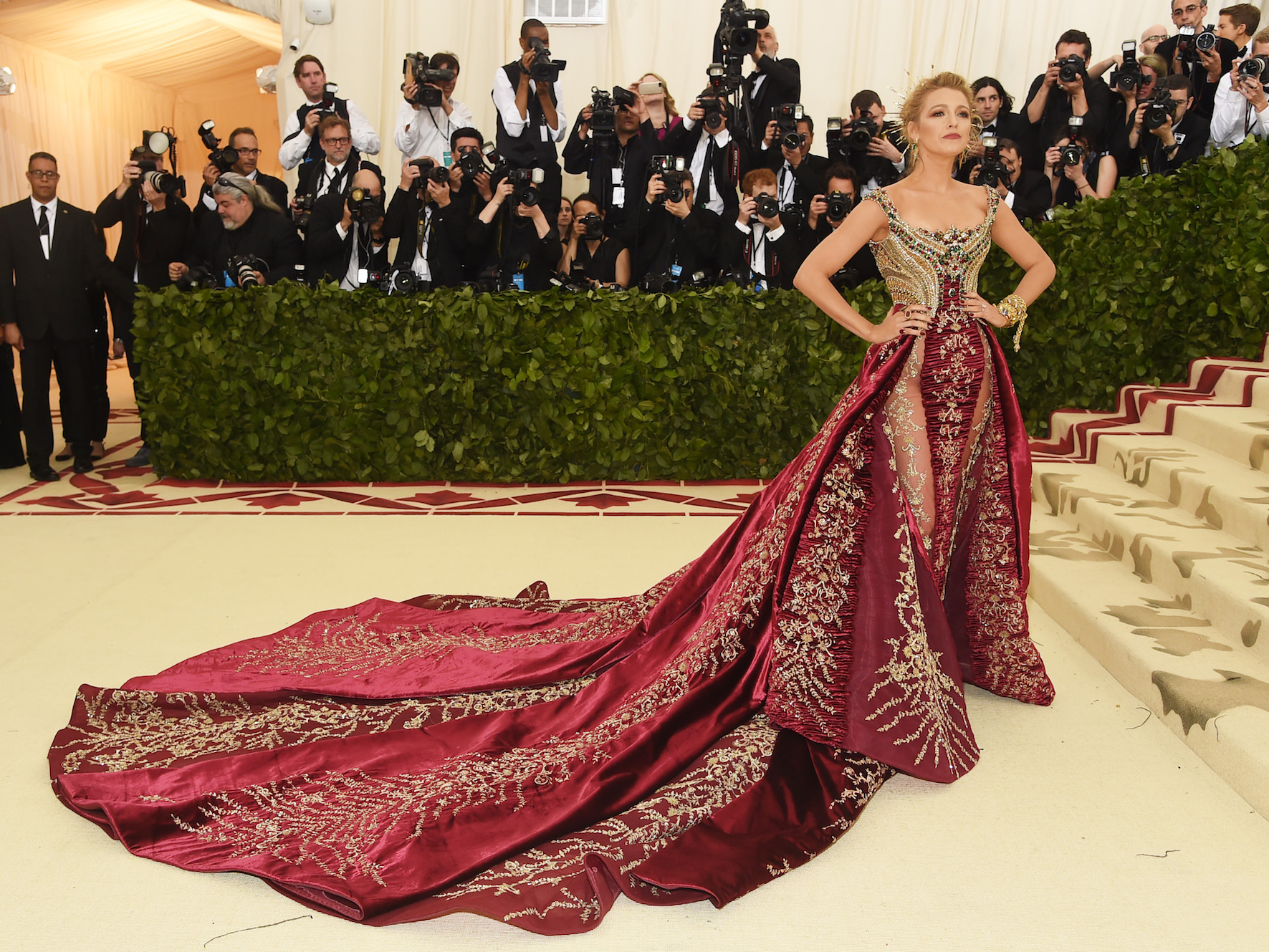 Some designers auction off their outfits worn by celebrities for a good cause. Balmain’s Olivier Rousteing auctioned off all his Met Gala 2018 looks, donating proceeds to RED to fight against AIDS. Bidding prices ranged from $US1,500 to $US5,000. At the Met Gala 2017, several stars were dripping in diamonds, from Paris Jackson’s $US1,730 earrings to Reese Witherspoon’s $US796,620 diamond ring. Gigi Hadid sported $US2,000 artificial chrome nails dotted with crystals for the 2016 Met Gala. Kiss Nail Products, the company that made the nails, footed the bill. An A-lister needs a place to get ready for the Met ball. A room at the Carlyle, a popular spot for gala attendees, typically costs between $US820 and $US910. Rooms at The Mark, another nearby hotel, typically cost between $US1,195 and $US1,250. There’s also the night’s talent. Cher, who reportedly charges $US1.5 million for an appearance, performed at the Met Gala 2019. The Met Gala raised more than $US13 million in 2019. Anna Wintour has raised over $US186 million in total for the Costume Institute.