Merrick Garland is being considered for Attorney General in the Biden administration: report 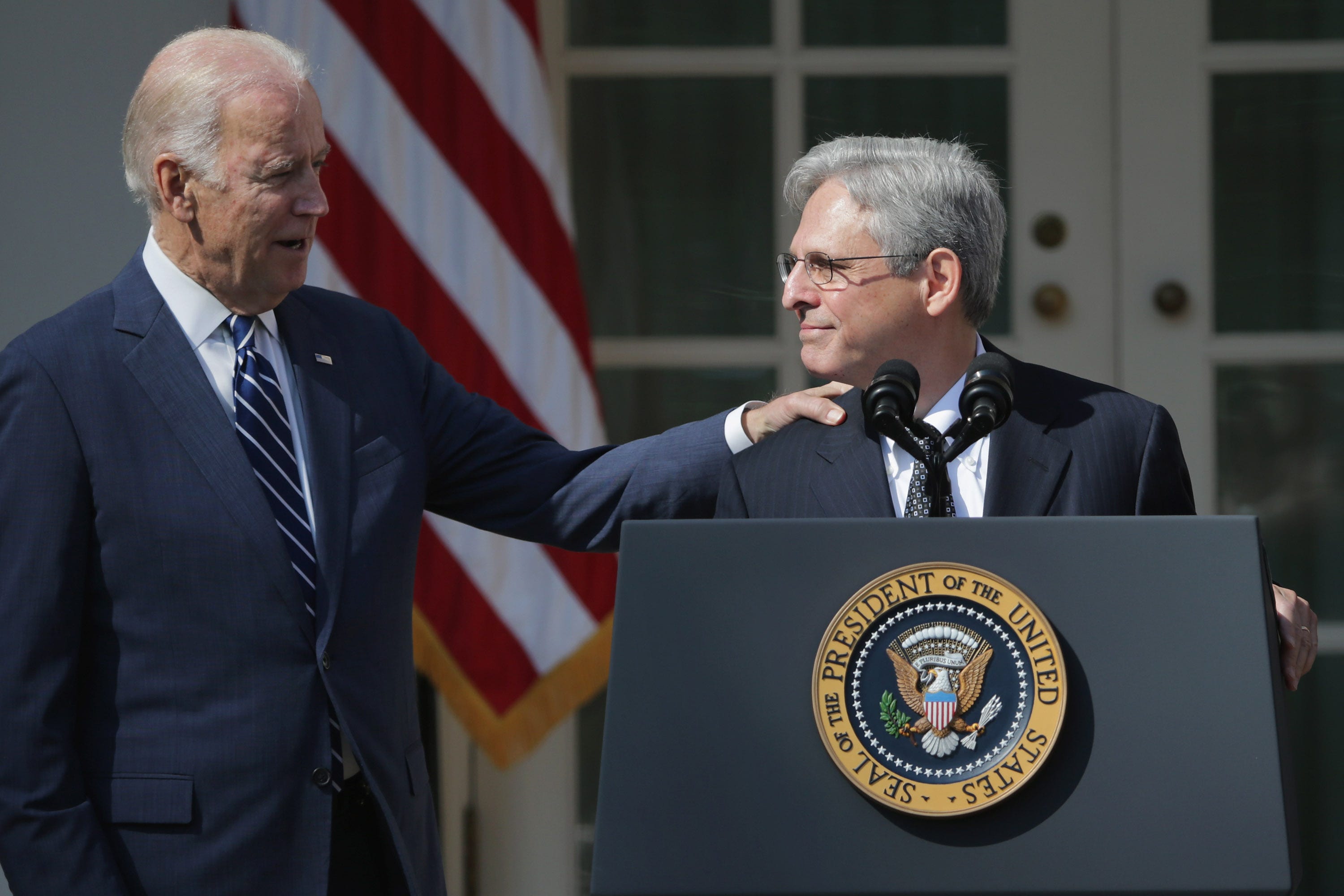 Chip Somodevilla/Getty ImagesJudge Merrick Garland, right, was nominated by President Barack Obama to the US Supreme Court in March 2016 after the death of Associate Justice Antonin Scalia, but was subsequently blocked from hearings by Senate Republicans.

Judge Merrick Garland, whose 2016 nomination to the US Supreme Court was blocked by Senate Republicans, is under serious consideration by President-elect Joe Biden to serve as Attorney General, according to a NPR report.

Garland, 68, a judge on the US Court of Appeals for the District of Columbia Circuit since 1997, is a widely-respected jurist who started his professional career at the Department of Justice during the administration of former President Jimmy Carter.

Other prominent names being floated for the Attorney General post include former US Attorney General Sally Yates, former Massachusetts governor Deval Patrick, and Sen. Doug Jones of Alabama, who recently lost his bid for reelection.

Before becoming a federal judge, Garland oversaw the prosecution of Timothy McVeigh, who orchestrated the 1995 Oklahoma City bombing.

In March 2016, Garland was nominated to serve on the Supreme Court by then-President Barack Obama after the death of Associate Justice Antonin Scalia, a conservative stalwart. Despite his reputation as a centrist and his bipartisan accolades, he was denied a hearing by the Senate GOP, with the nomination blocked by Majority Leader Mitch McConnell of Kentucky.

After his nomination to the Supreme Court, Garland stepped away from hearing active cases in the District of Columbia Circuit. However, he returned to the bench after the election of Donald Trump to the presidency, which all but assured his nomination would be scuttled.

Supreme Court nominations have become incredibly partisan affairs over the past few years, which culminated in a party-line confirmation vote for Amy Coney Barrett in October 2020.

Garland, known for his collegiality, is a choice that many Washington judicial insiders would gladly welcome.

“Some Justice Department veterans had been looking to history for a way to move ahead from the chaotic Trump era when the president has routinely attacked federal prosecutors and FBI agents,” according to NPR. “Former Justice Department officials pointed out that after Watergate, President Gerald Ford enlisted former University of Chicago President Edward Levi to be attorney general and restore public confidence in the institution.”