George Floyd 'could be me,' says one of America's 4 black Fortune 500 CEOs 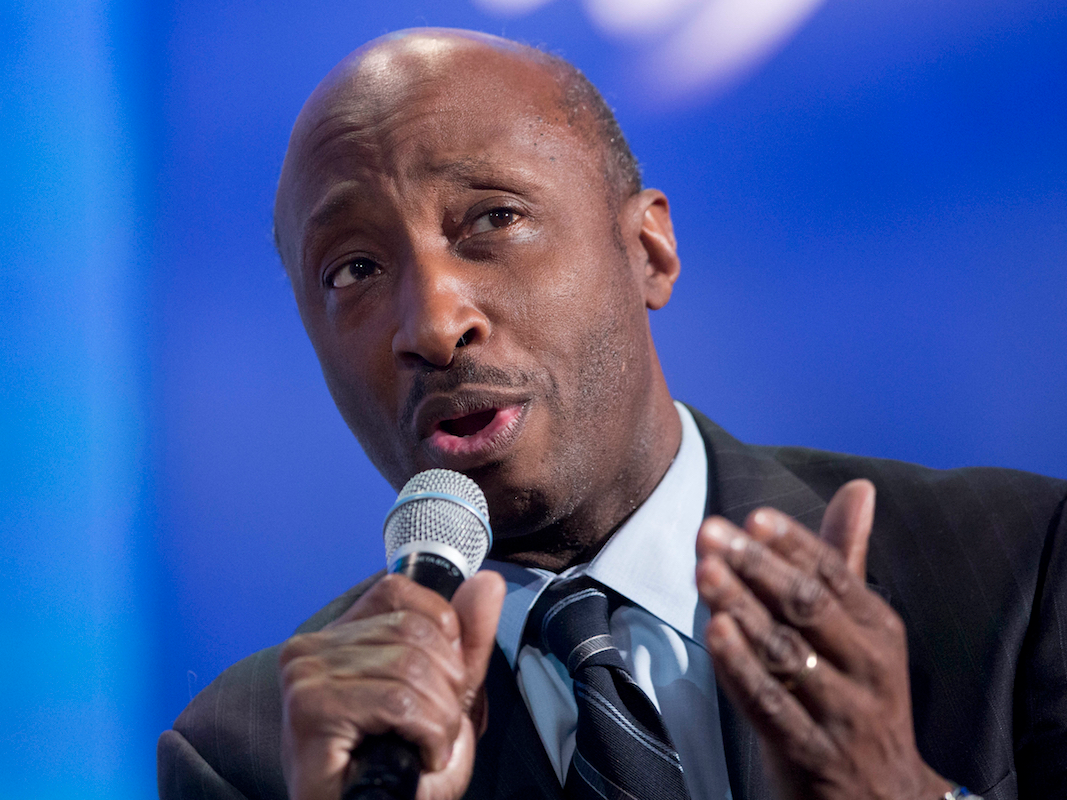 Mark Lennihan/APKenneth Frazier has been CEO of Merck and Co. since 2011.

Kenneth Frazier, CEO of the pharmaceutical company Merck & Co., spoke to CNBC Monday morning about the death of George Floyd.

Frazier joined Merck & Co. in 1992. He held various positions, including general counsel and president, before being appointed CEO in 2011.

As of this writing, the $US190 billion pharmaceutical company has two coronavirus vaccine programs in progress as well as a COVID-19 antiviral pill. It employs 70,000 people.

Frazier is one of only four black people who are CEOs of a Fortune 500 company.

Citing a 2018 reporter by The Centre for Talent Innovation, Business Insider previously reported that black people account for only 3.2% of senior leadership roles at large corporations and hold just 0.8% of Fortune 500 CEO positions. Currently, no black women are leading a Fortune 500 company.

Protests have swept through the United States, Canada, and parts of Europe over the death of George Floyd, a black man who died while being subdued by police in Minneapolis. Derek Chauvin, who can be seen in a video with his knee on Floyd’s neck, has been charged with third-degree murder.