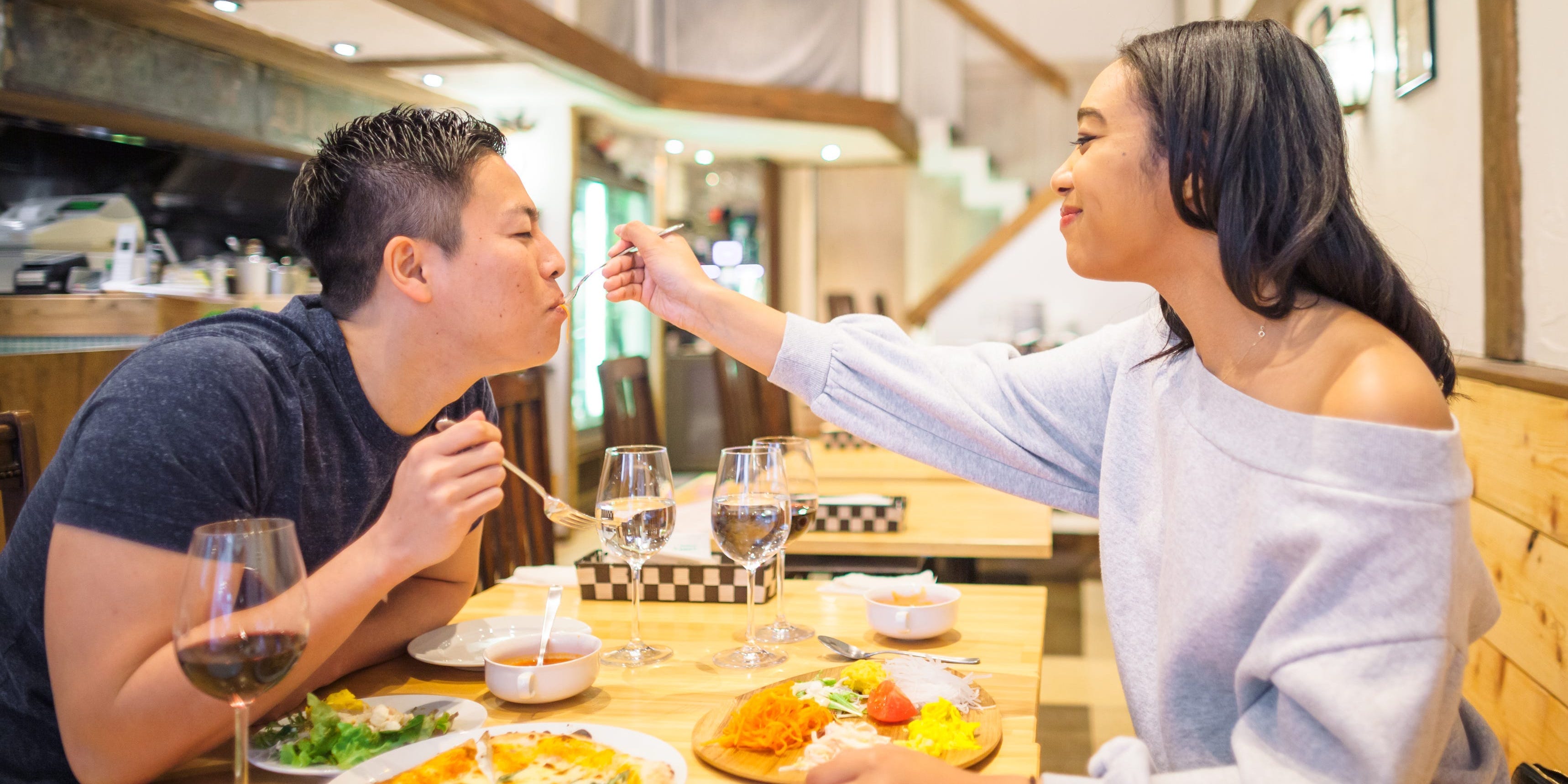 GettyEating dinner could help you stay a healthy weight.

Experts anticipate a “hot vax summer” coming to the US as sexually frustrated Americans crave a return to pre-pandemic dating routines, but recent polling shows that men feel considerably more comfortable going on dates at the moment than women.

Morning Consult has tracked public sentiments about daily life amid the pandemic since March 2020. As of April 18, approximately 54% of Men in the US said they would feel comfortable dating right now compared to 44% of women who said the same. 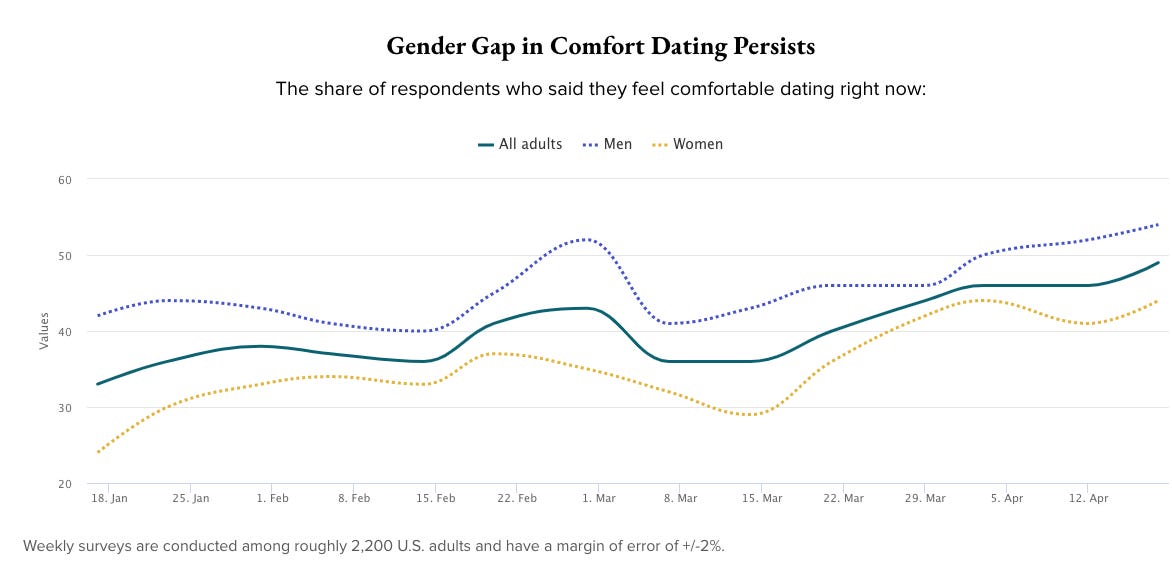 Men surveyed by Morning Consult have consistently reported higher levels of comfort in dating than women. In the five months that the data company has polled about comfort dating during the pandemic, men have never dropped below 40% while women’s comfort levels fell to as low as 24% in January 2021.

Overall sentiment among all adults toward dating has grown to record heights in recent weeks. According to the survey, 49% of adults said they feel comfortable dating right now, a 13% increase since March 2021 as vaccinations become more readily accessible across the country.

Companies also appear to be gearing up for an increase in debauchery as vaccinations rise. Insider’s Kate Taylor reported businesses have begun using intimacy in ads to bring in new customers. The new ads appear to be doing the trick: Advertisements featuring couples kissing have seen a 165% increase in engagement, according to artificial intelligence ad company Pattern89.

Demand for virtual sex work has risen dramatically during the pandemic as well. Some sex workers told Insider in 2020 they’ve made up to $17,000 a month posting nude images online as she and others take to platforms like OnlyFans for new revenue streams. OnlyFans saw a 75% increase in new users between March and April 2020 and has since become the go-to hub for many models and sex workers.