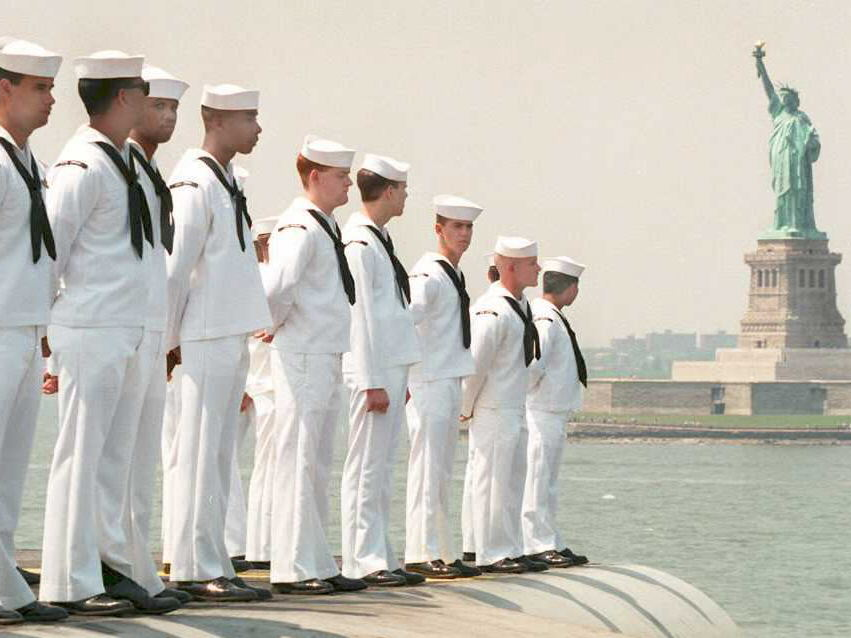 But the holiday wasn’t always about celebration and a long weekend. The holiday was originally named Decoration Day and was a day to honour the soldiers who died in the Civil War. It was celebrated on May 30. It wasn’t until 1968, when Congress passed the Uniform Monday Holiday Act, that the holiday was moved to the last Monday in May.

In 1971, Memorial Day finally became a national holiday that honours soldiers who died while defending the country.

Although this year’s celebrations may look a bit different because of the coronavirus pandemic, the traditions of the holiday haven’t changed much over the decades.

In 1971, a woman enjoyed her Memorial Day weekend with a bike ride, as Denver closed down roads near parks so people could enjoy their day. Today, roads aren’t the only things that close on Memorial Day weekend. For example, government offices and even some schools close their doors to honour veterans.

Memorial Day weekend traffic at the Holland Tunnel in New York was a reality even back in 1975.

In 1975, two children played on an abandoned mattress in the warm Memorial Day weather. 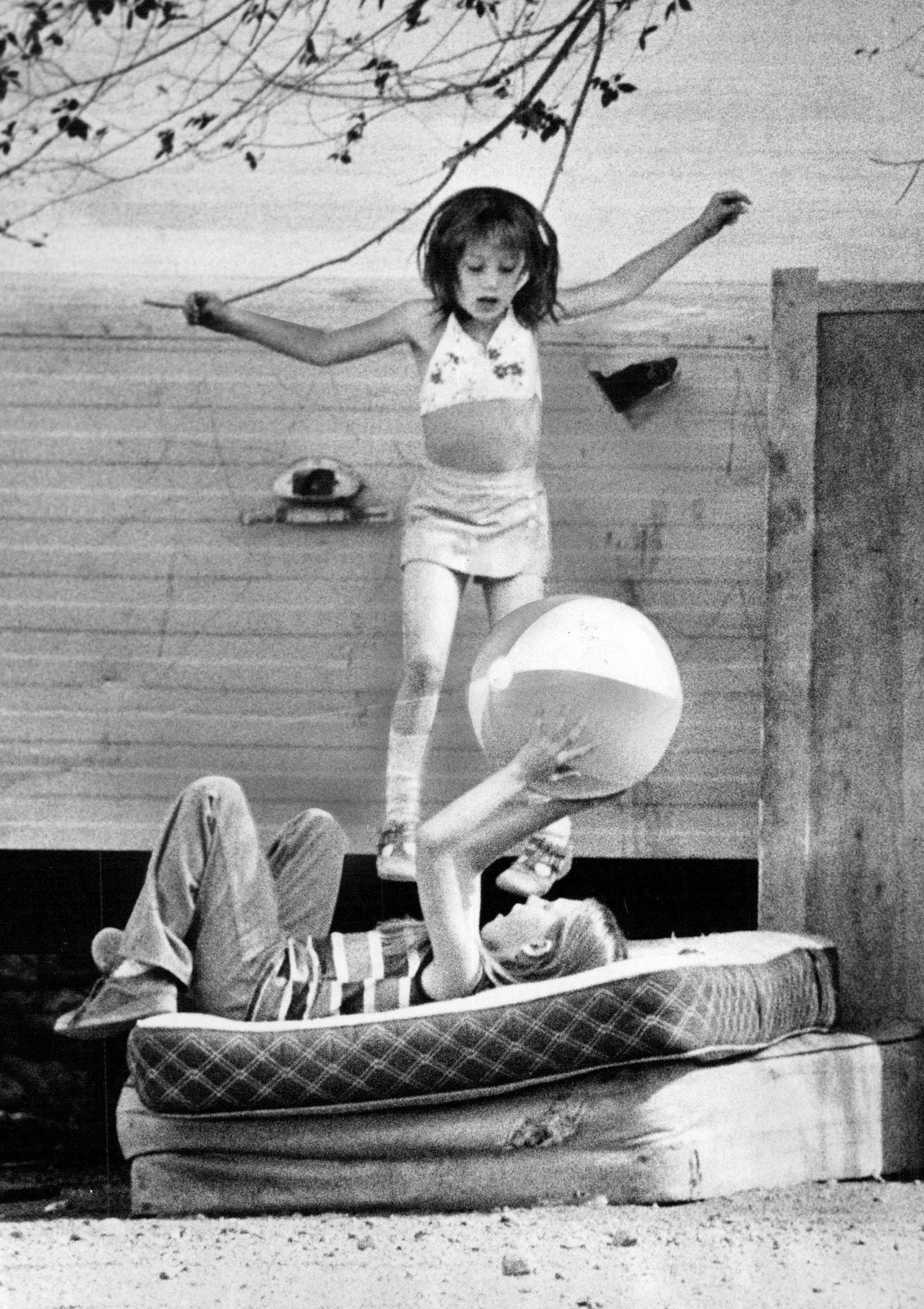 Memorial Day has always been a day for families to have fun and be relaxed.

In 1973, however, the Coney Island beach was empty because of the cold and rainy weather.

Memorial Day in New York City in 1973 was colder than usual.

Though the skies were grey, some still tried to go to the beach that year.

Throughout the weekend, there was some rain and drizzle, but many still tried to enjoy their time off.

The campgrounds at some of the biggest state parks were overcrowded during the holiday weekend in 1978. 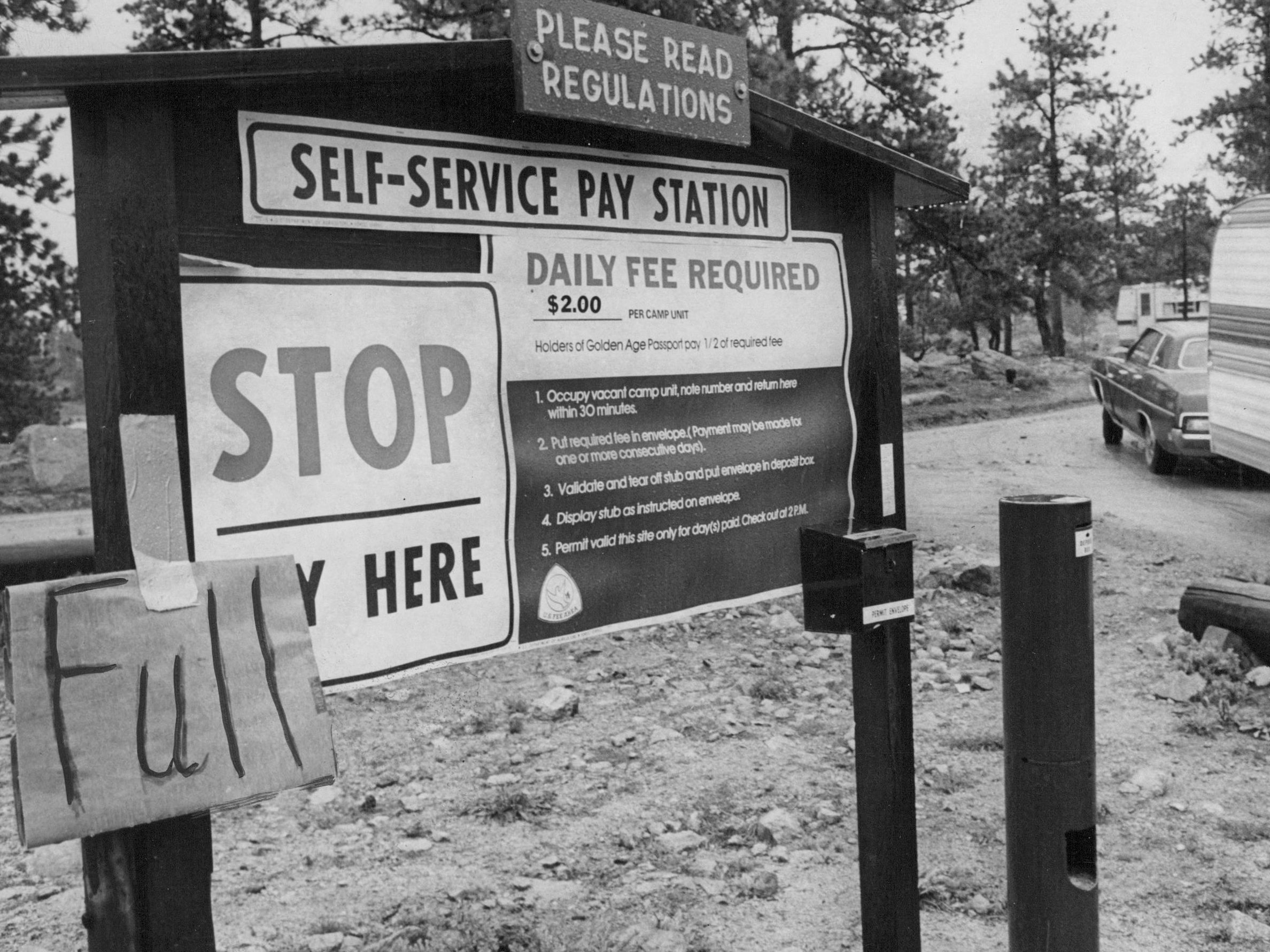 Although the state parks are still considered a great way to spend your Memorial Day weekend, this year some parks and beaches may be closed due to the coronavirus.

Those who got in to the campsites in ’78 were able to enjoy the weekend by the campfire. 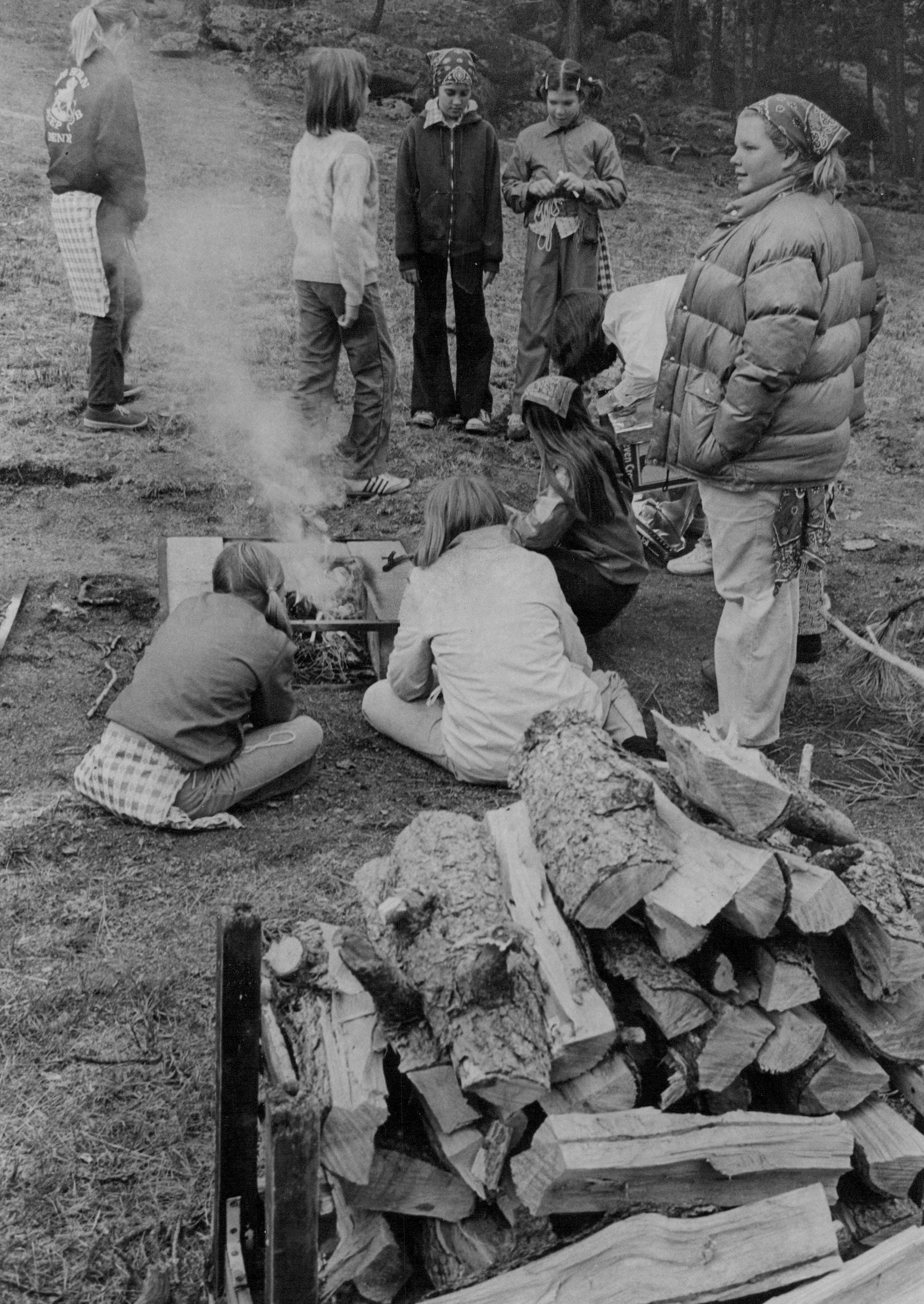 Memorial Day weekend marks the start of the summer season, allowing many to reconnect with nature after the long winter months. Camping is the perfect way to do just that and to practice social distancing.

Other than the beach and travelling, the biggest Memorial Day activity has always been barbecuing. 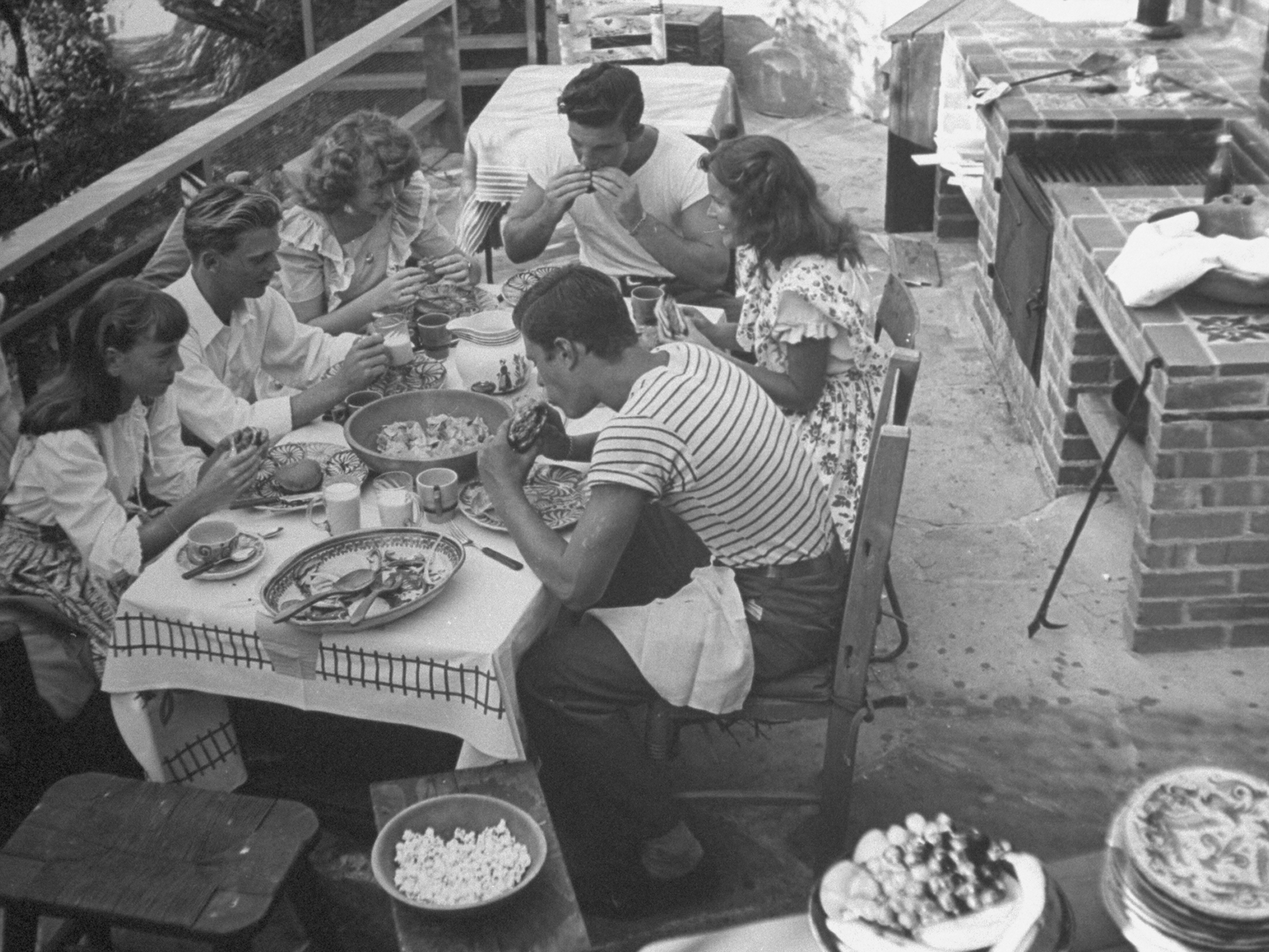 There are 818 hot dogs consumed every second from Memorial Day to Labour Day, according to WalletHub, and in 2019, 60% of people planned to have a barbecue over the holiday weekend.

A couple tied the knot aboard a hot air balloon during Memorial Day weekend in 1981.

Memorial Day weekend is considered one of the best times of the year to say “I do.”

Also in 1981, a person was caught taking a break from moving homes during the holiday weekend. 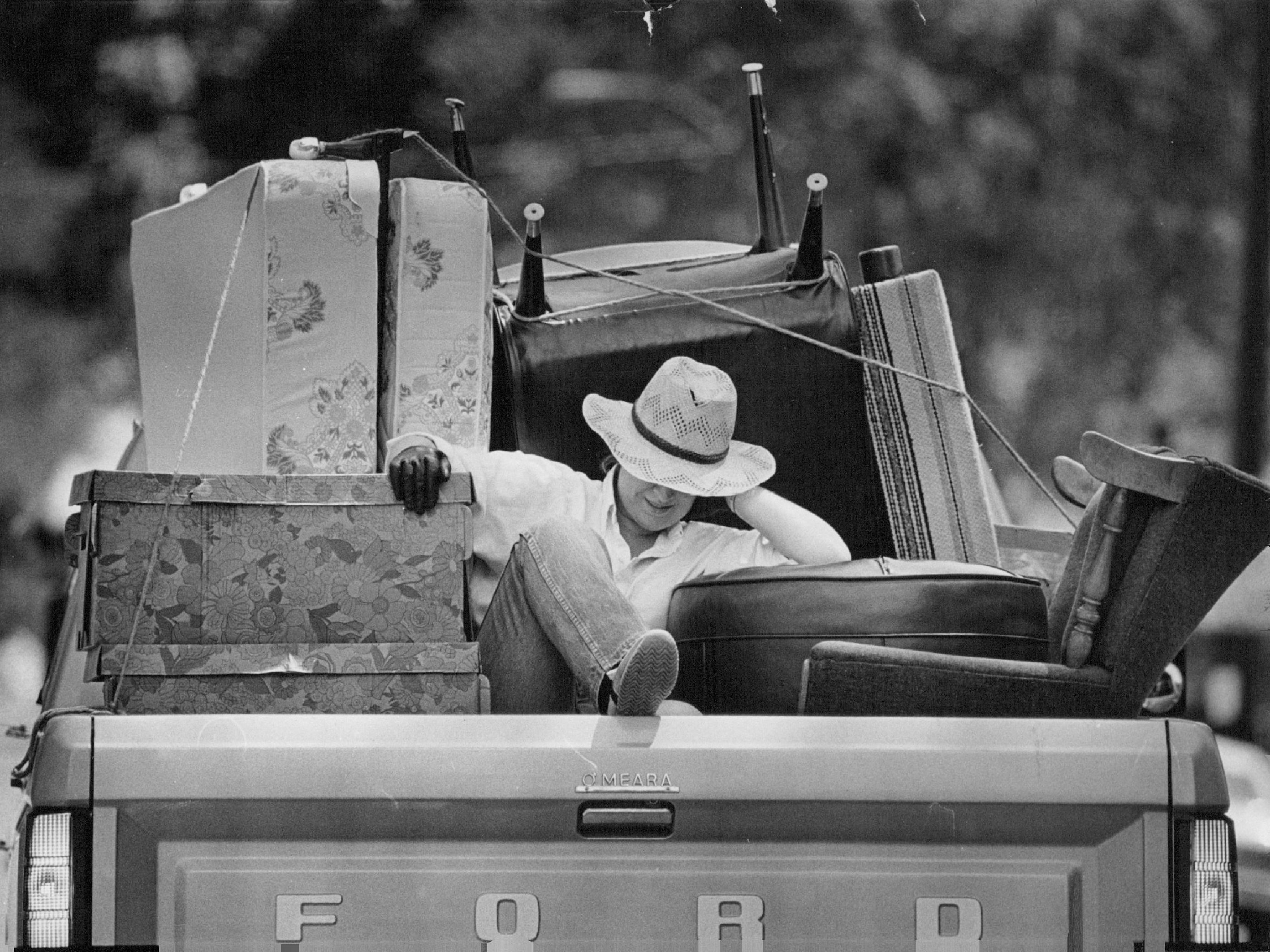 For most, Memorial Day weekend means an extended weekend, allowing many to nap or take care of bigger tasks.

Three women enjoy the warmer weather on a New York City rooftop during the holiday weekend in 1984.

Lounging out in the sun is a typical Memorial Day activity.

In 1982, Southern California had a bright and sunny Memorial Day weekend, with many flocking to the beach. 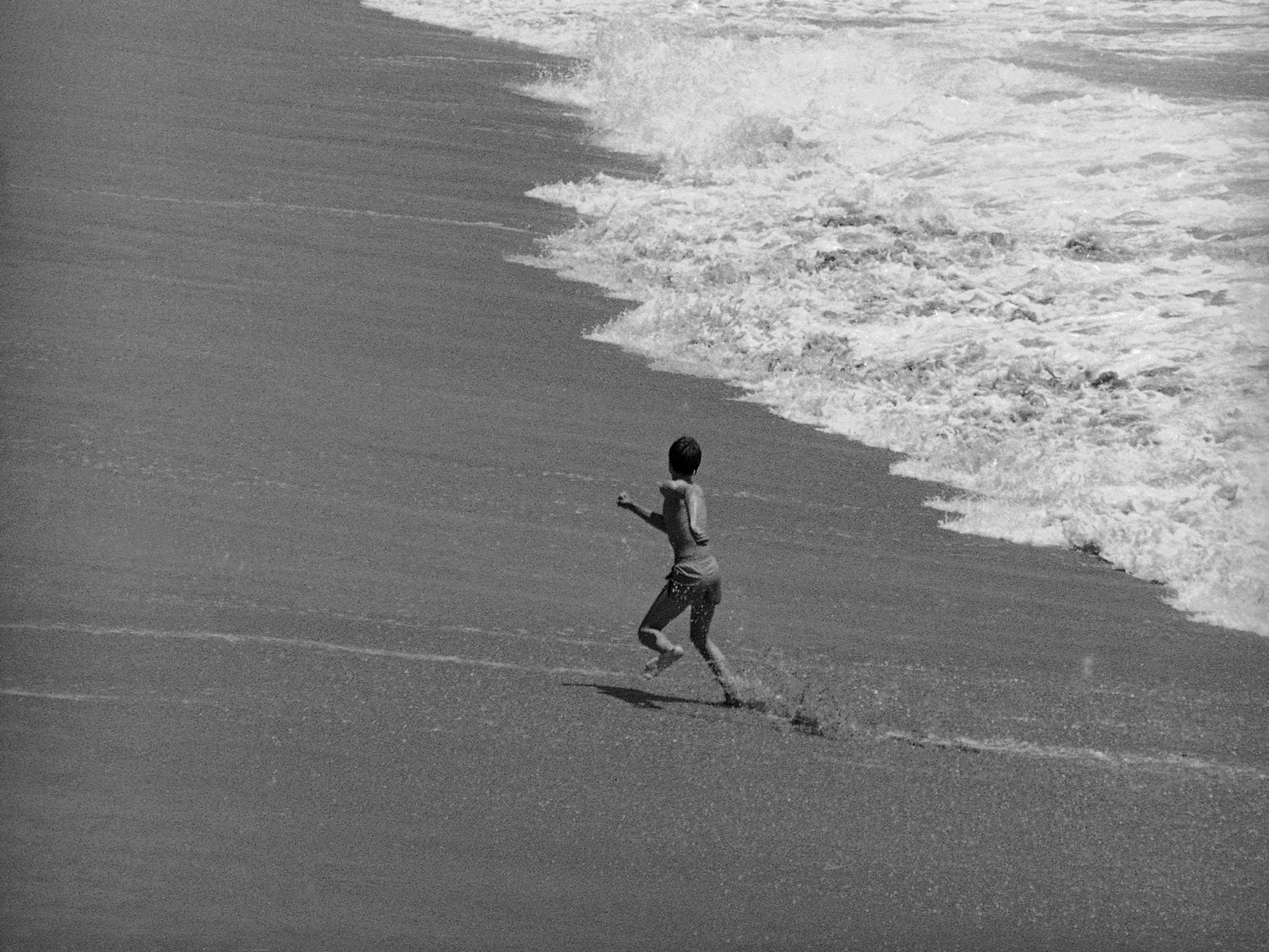 The beach is one of the best places to spend Memorial Day weekend, as long as you’re keeping 6 feet away from others.

Some visit memorials in Washington, DC during the holiday weekend, like this family looking at the Vietnam Veterans Memorial in 1983. When safe to do so, the World War II Memorial in Washington, DC is a great place to honour the nation’s history. 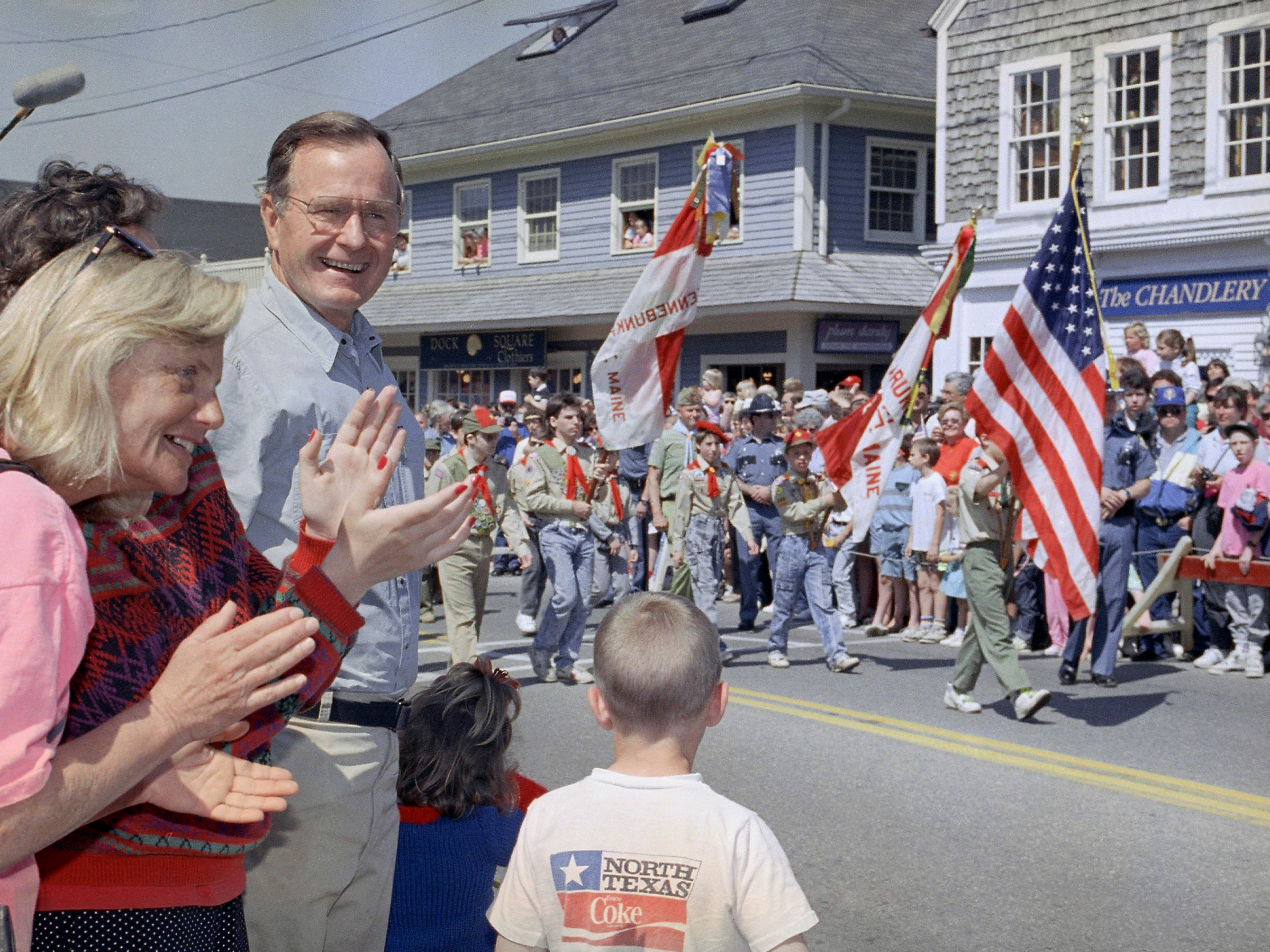 Parades are common on Memorial Day throughout the country, and it’s a great way to honour fallen soldiers. However, this year, many parades and public celebrations have been cancelled for people’s safety.

The following year, in 1991, President George H.W. Bush was spotted again in Maine during the holiday weekend. But this time he was fishing on a boat.

The holiday weekend is the perfect time for many outdoor activities, including fishing, hiking, and swimming – all while being mindful of social distancing guidelines.

In 1996, some people travelled to Venice Beach in California to enjoy entertainment and the warm weather during the holiday weekend.

Years later, Venice Beach is still a popular Memorial Day weekend destination, with an entire schedule of activities. This year, however, the Venice Beach boardwalk is closed.

In 1996, this family remembered those we’ve lost.

Boy scouts in Kentucky have been placing American flags at Zachary Taylor National Cemetery on Memorial Day weekend for decades, like this boy in 1997. 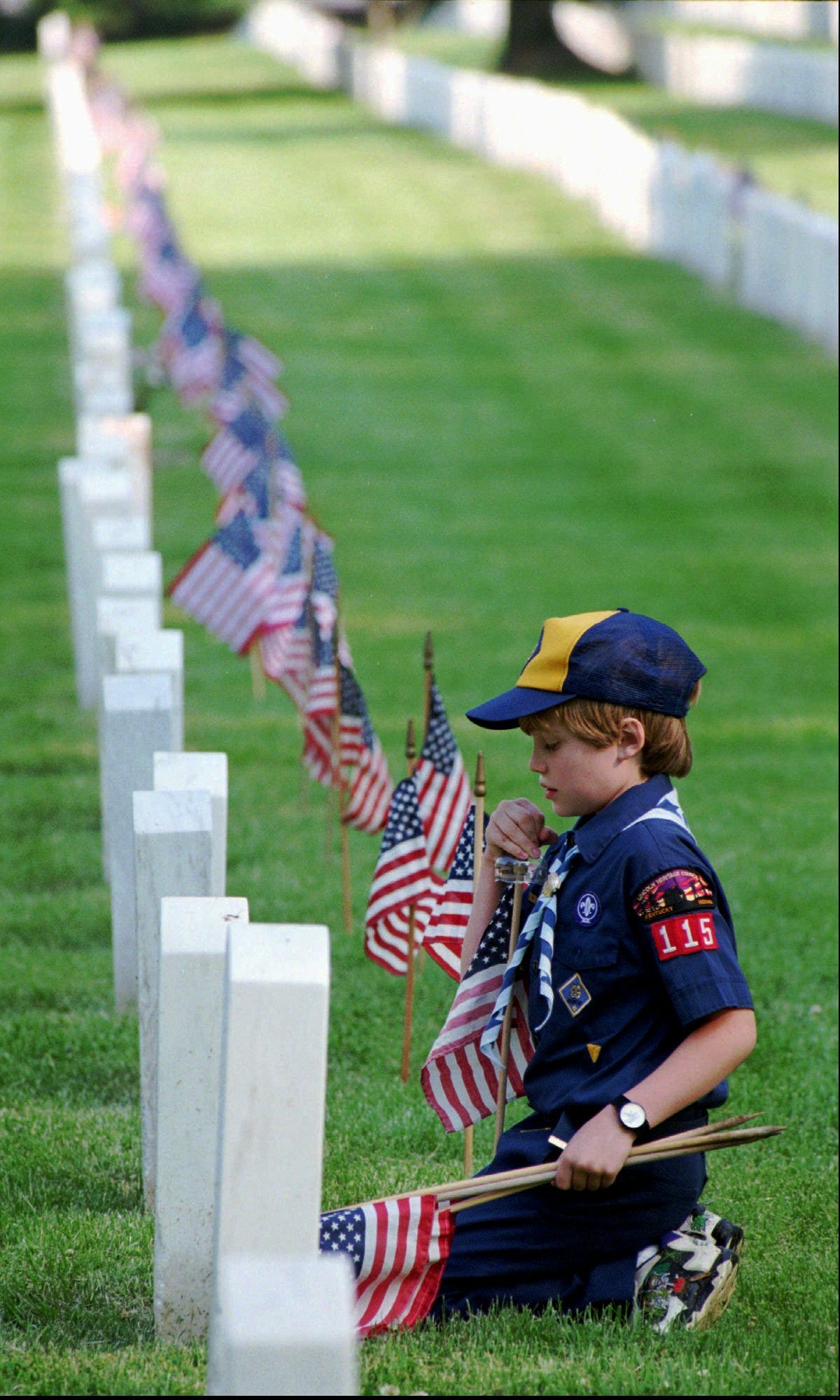 For some, the weekend is about having fun, like this boy in 1997. The Boston Globe/ GettyBoy plays with silly string in 1997.

It’s the perfect time to reconnect with friends and family to have a bit of outdoor fun, as long as you’re adhering to your local safety guidelines.

In New York, every Memorial Day weekend is Fleet Week, where Navy sailors dock at the West Side Piers and take in the city, like in this photo from 1999. 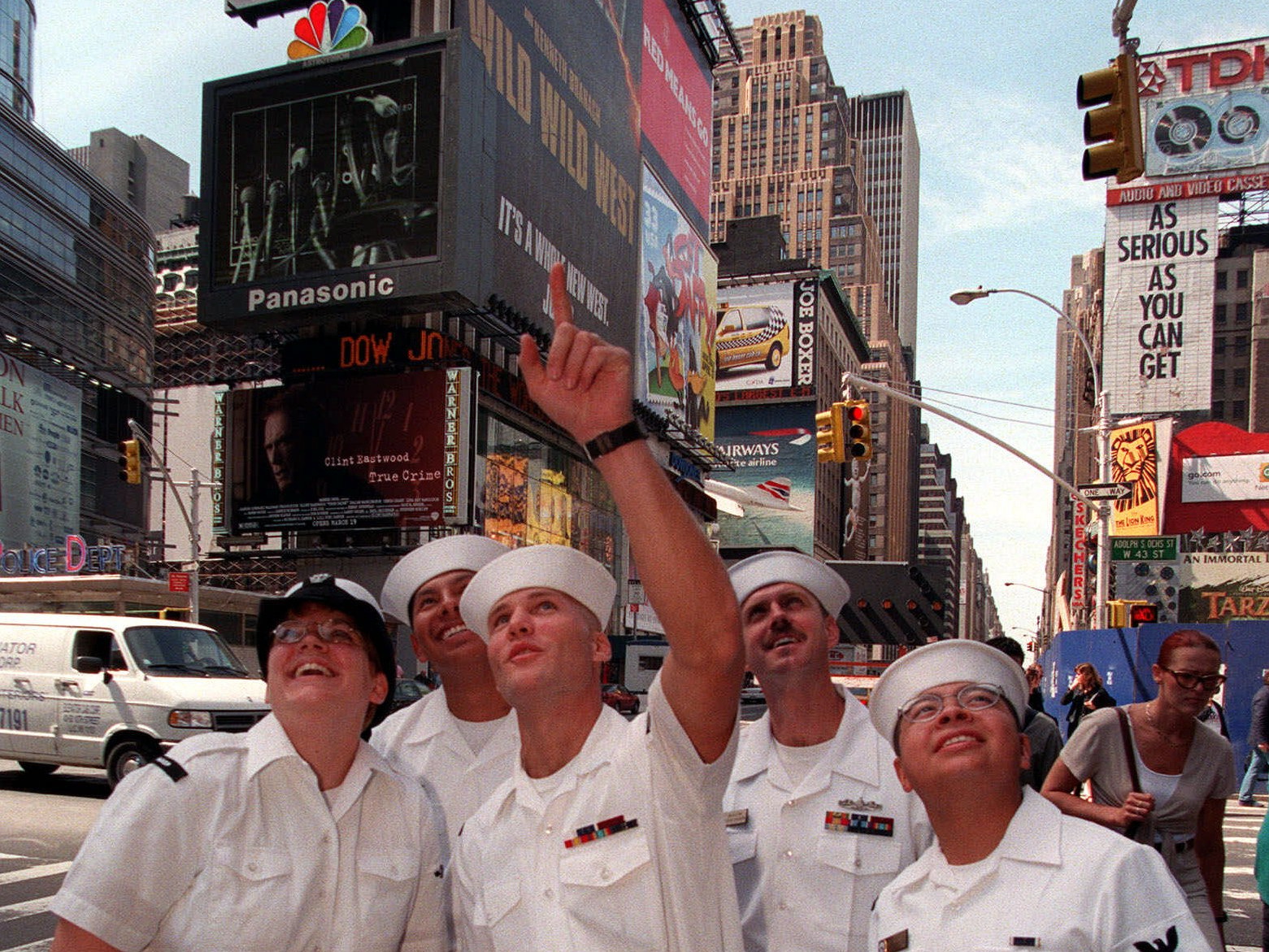 When the sailors alight from the ships, people are able to explore the ships and learn about the Navy. It’s still a popular Memorial Day weekend tradition today. In 2020, however, Fleet Week was cancelled because of the coronavirus.

In 2020, many traditions have changed in light of the coronavirus pandemic. 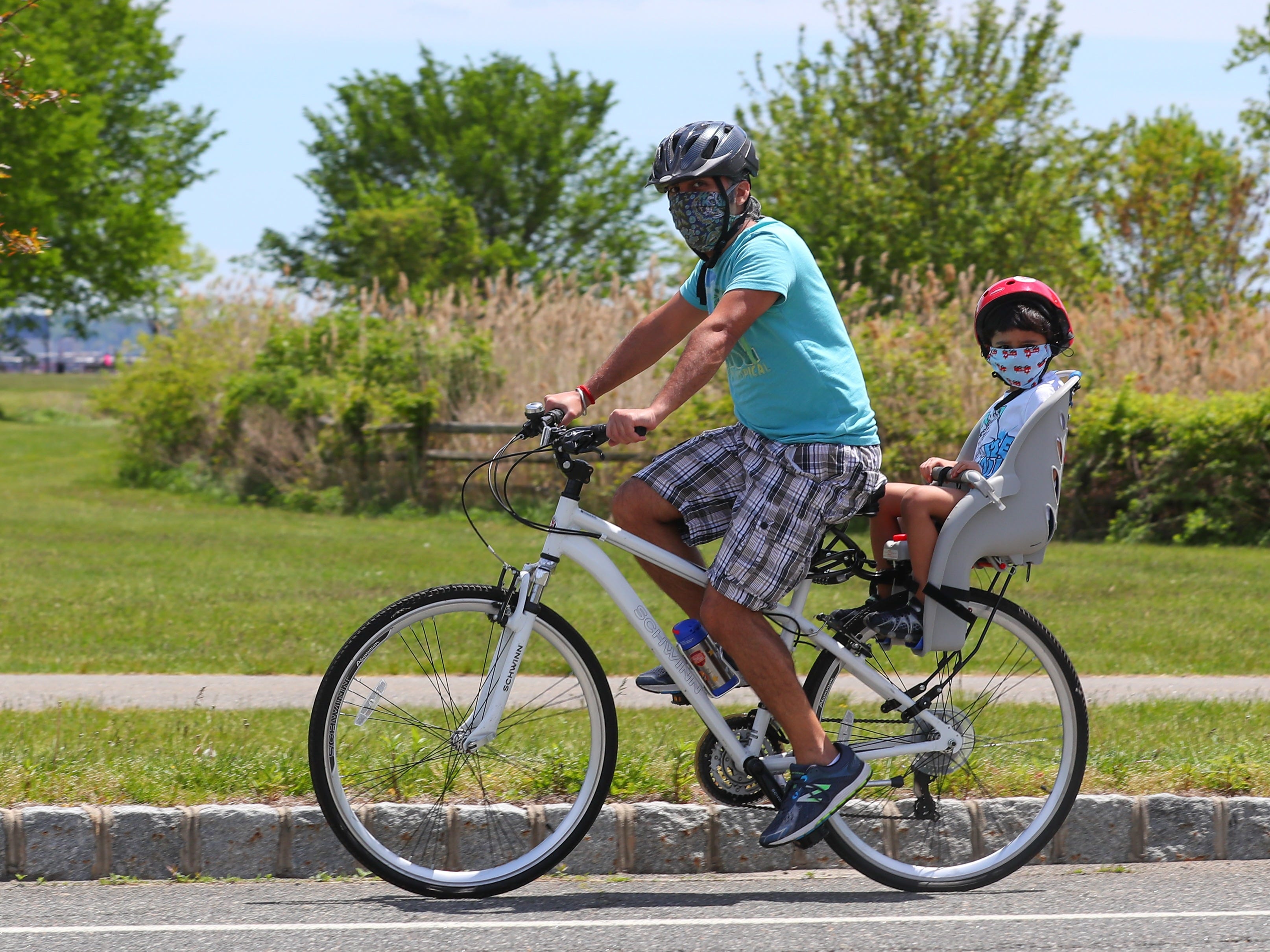 While travelling, beach-going, parties, and barbecues were popular in the past, this year, Memorial Day will look quite different. Many will be wearing masks and standing 6 feet apart.

Of course, for American soldiers, Memorial Day has a meaning all its own. GettySolider places a flag at a gravestone.

In the end, Memorial Day is about remembering those who fought and sacrificed their lives for our country, and that has been – and always will be – the holiday’s longest running tradition.