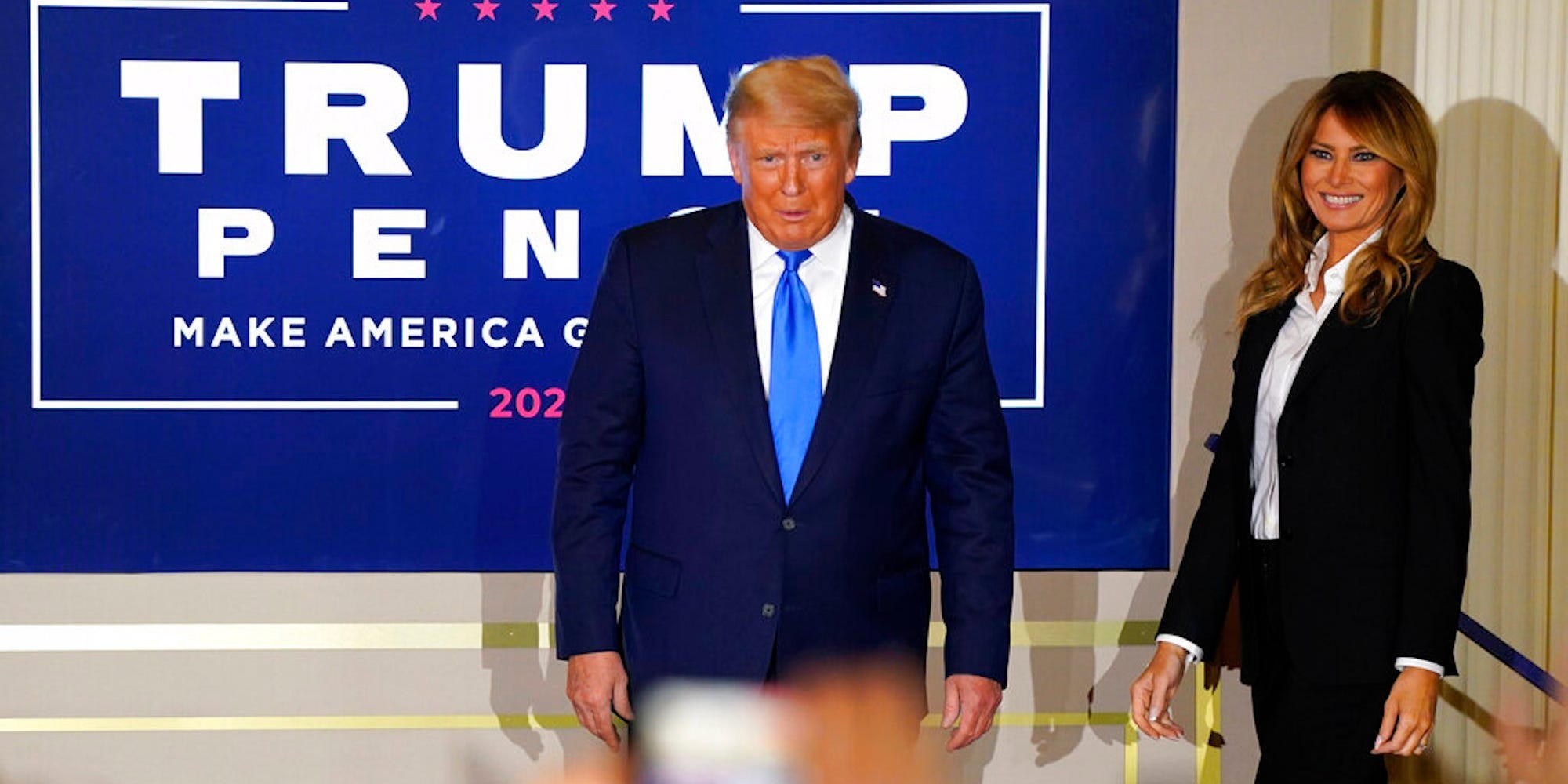 AP Photo/Evan VucciPresident Donald Trump arrives with first lady Melania Trump to speak in the East Room of the White House on November 4, 2020.

According to CNN, the president’s inner circle is split into factions who believe he should concede to Biden adn those urging him to continue disputing the result of his election.

Among those urging him to concede are Melania Trump and Jared Kushner, the son-in-law and senior advisor to Trump, CNN reported.

Meanwhile Trump’s elder sons, Donald Trump Jr. and Eric Trump, are urging him to continue disputing the result of the election, the network said.

However, clashing reports have emerged, with Axios and The New York Times reporting that Kushner has urged Trump to continue pursuing “legal remedies” to the election instead.

Over the weekend Trump continued to push unsubstantiated claims of voter fraud. He and his allies are also pursuing a slew of lawsuits against states’ ballot counts, which experts believe have little chance of overturning the election result.

It appeared to be in an effort to push back against the CNN story.

The American people deserve fair elections. Every legal – not illegal – vote should be counted. We must protect our democracy with complete transparency.

A spokesperson for the first lady did not immediately reply to a request for comment.

The conflicting reports reflect the confusion surrounding the White House, as Trump refused to acknowledge his loss to Biden even after all major news networks projected that Biden would become the 46th President of the United States.

Trump spent his weekend playing golf and tweeting out baseless accusations of widespread voter fraud â€” many of which Twitter later labelled as misleading.

As world leaders congratulated Biden on his election win, and the president-elect began to form his new administration, Trump’s allies are reportedly still in discussion over how best to pursue Trump’s voter fraud allegations, CNN reported.

According to CNN, the president’s allies are planning a “media blitz” to push the allegations and, according to Axios, are considering staging rallies where Trump can vent the conspiracy theory.